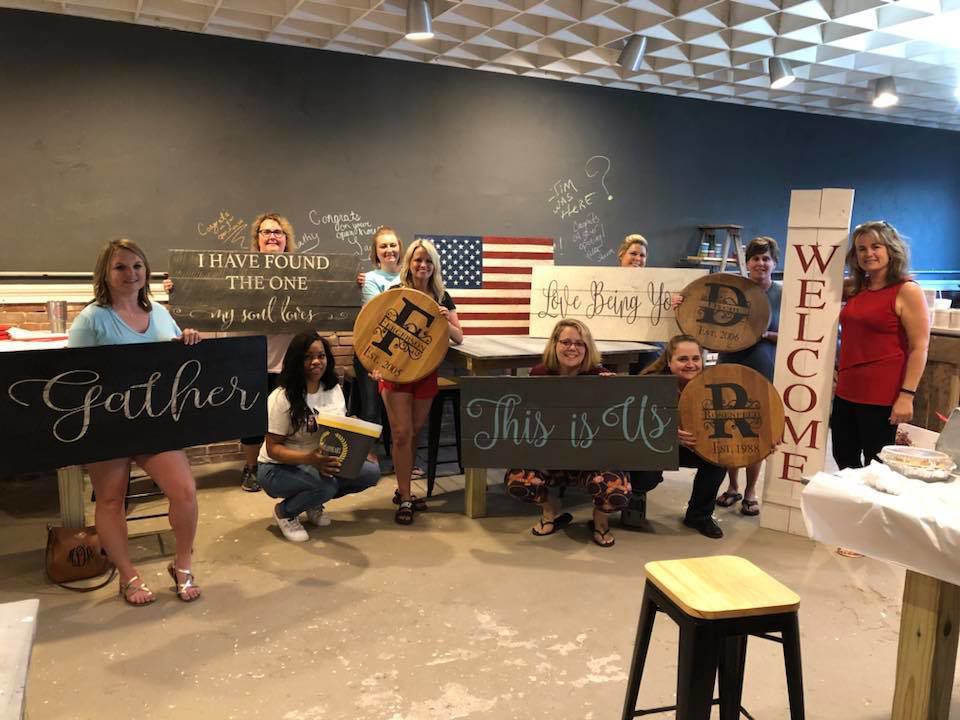 Attendees of a class at Life Up on the Hill DIY Studio in Vine Grove show off their completed work. Classes are held Thursday and Friday at the studio. 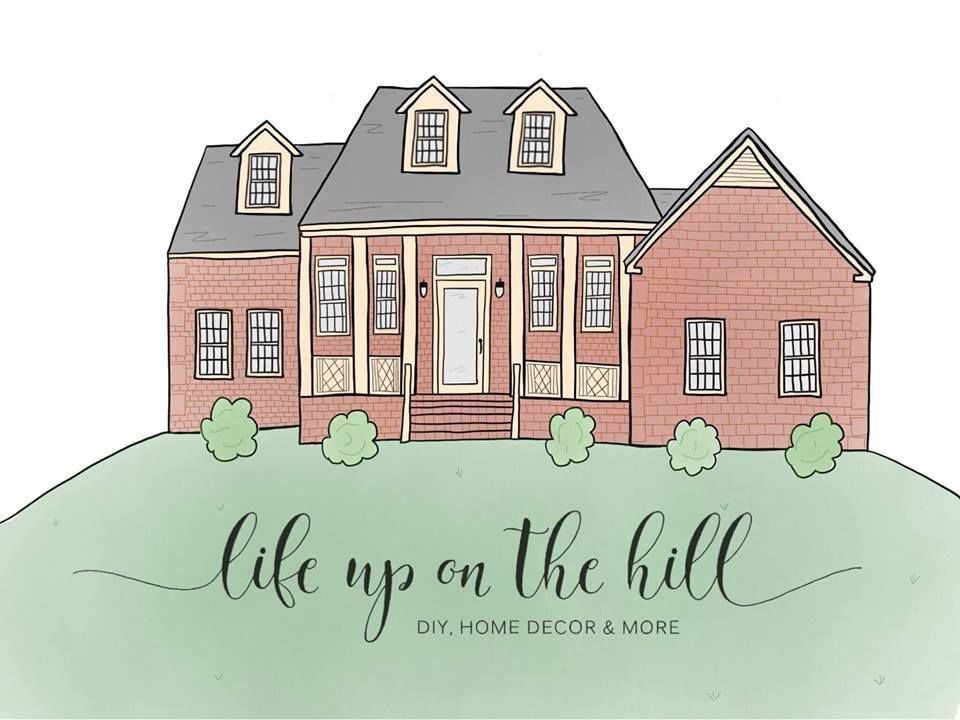 Life Up on the Hill classes started about two years ago when owner Lynn Dray started holding DIY classes at her home in Vine Grove. SUBMITTED. 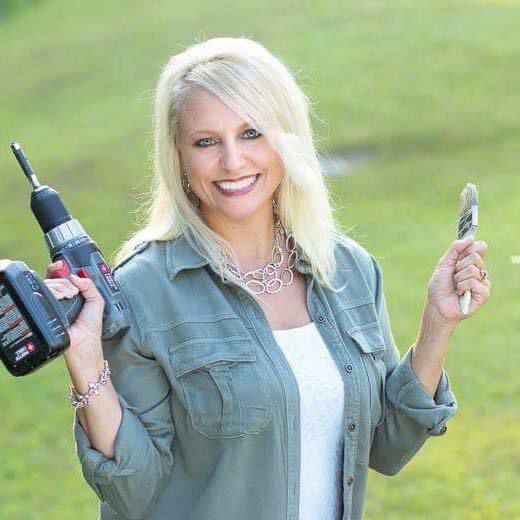 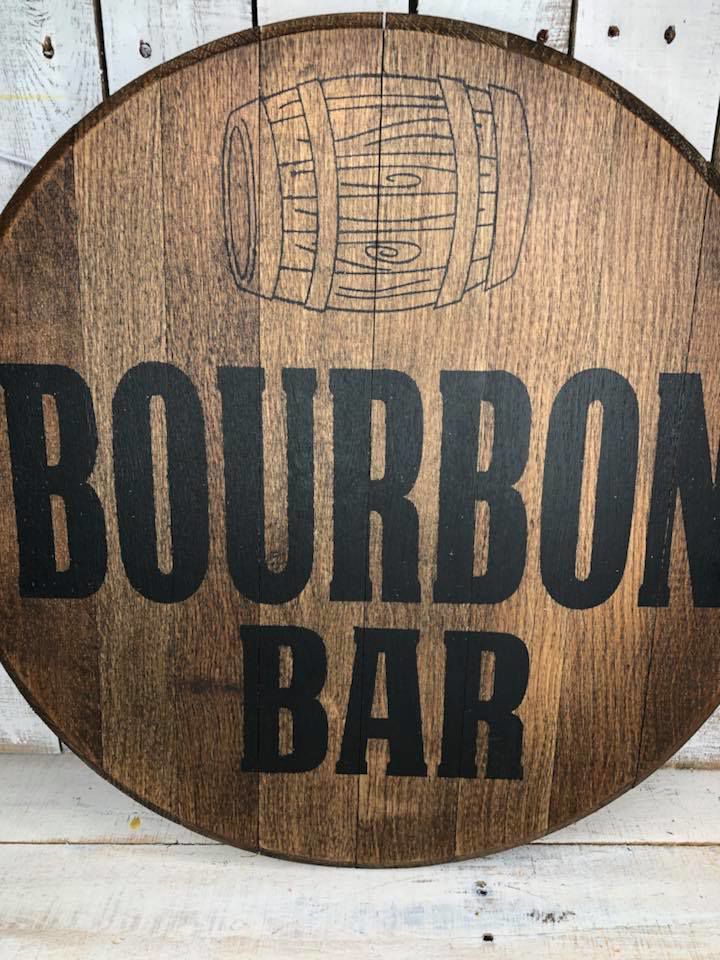 Attendees of a class at Life Up on the Hill DIY Studio in Vine Grove show off their completed work. Classes are held Thursday and Friday at the studio.

Life Up on the Hill classes started about two years ago when owner Lynn Dray started holding DIY classes at her home in Vine Grove. SUBMITTED.

At Life Up on the Hill DIY Studio in down­town Vine Grove, owner Lynn Dray uses her experience with do-it-yourself home projects to teach others about the ways of DIY. However, these informational sessions started before she opened her location in March.

These DIY sessions began where Life Up on the Hill got its name: Dray’s home on a hill in Vine Grove. Dray said she started hosting sessions at her home after she began posting home projects on her personal Facebook page about two years ago. She said friends began to take interest in her homemade pallet signs and chalk boards.

For Dray, doing things yourself always has been the norm. She said she grew up in a household where her father heavily encouraged handy skills.

“My father had two girls and he treated us like boys,” she said.

Dray’s first DIY event at her home drew 18 people. She said she began hosting events and private parties about four times a week at her home and a crowd of about 18 to 20 was common.

“It became so huge,” she said.

Around this time, Dray also started selling custom bourbon barrel heads from her Life Up on the Hill Etsy shop. She said this is a popular item made during her classes.

Inspired by the upward mobility of her home classes, Dray decided this year it was time to open a store. She said the nostalgic atmosphere of downtown Vine Grove was appropriate for the hands-on philosophy of her business.

“I loved the feel of the community and the downtown area,” she said. “I felt like it was so quaint and I thought it would be a good fit for what I was trying to do.”

Dray said she has been happy to witness downtown Vine Grove’s revitalization in recent months with the arrival of stores such as Boutique on Main and The Blue Rose. The businesses recently formed a committee called Rail Side Shops to promote commerce in the area.

Dray holds classes at the shop every Thursday and Friday evening, revolving around DIY projects she has decided on or project suggestions from attendees. Attendees are given all of the supplies and tools needed to complete the project and Dray walks attendees through each step of the process.

When it comes to teaching about how to create custom bourbon barrel heads, Dray provides them with custom stencils, pre-pressed and sanded-barrel heads, sponges, paint, an all-natural wax stain and sealer, brushes and a buffing cloth. Materials also are sold separately for wood workers who wish to use their own materials

Dray said her goal is to encourage self-sustainability in the community through art.

“I love to empower women to create beautiful homes,” she said. “That’s where I’m coming from with the whole DIY thing.”

The shop also has a small retail section of DIY products such as the store’s own chalk paint, furniture wax, DIY kits, store T-shirts and home decor items.

For the future of Life Up on the Hill, Dray said she hopes to hire more employees. She also hopes to develop the business’s online presence in order to expand her DIY projects to those outside of the area.

Until then, Dray said she’s happy to lend a hand to those who wish to create something of their own.

“There’s nothing that makes me more happy than when people leave with their signs and they are just smiling from ear to ear,” she said.