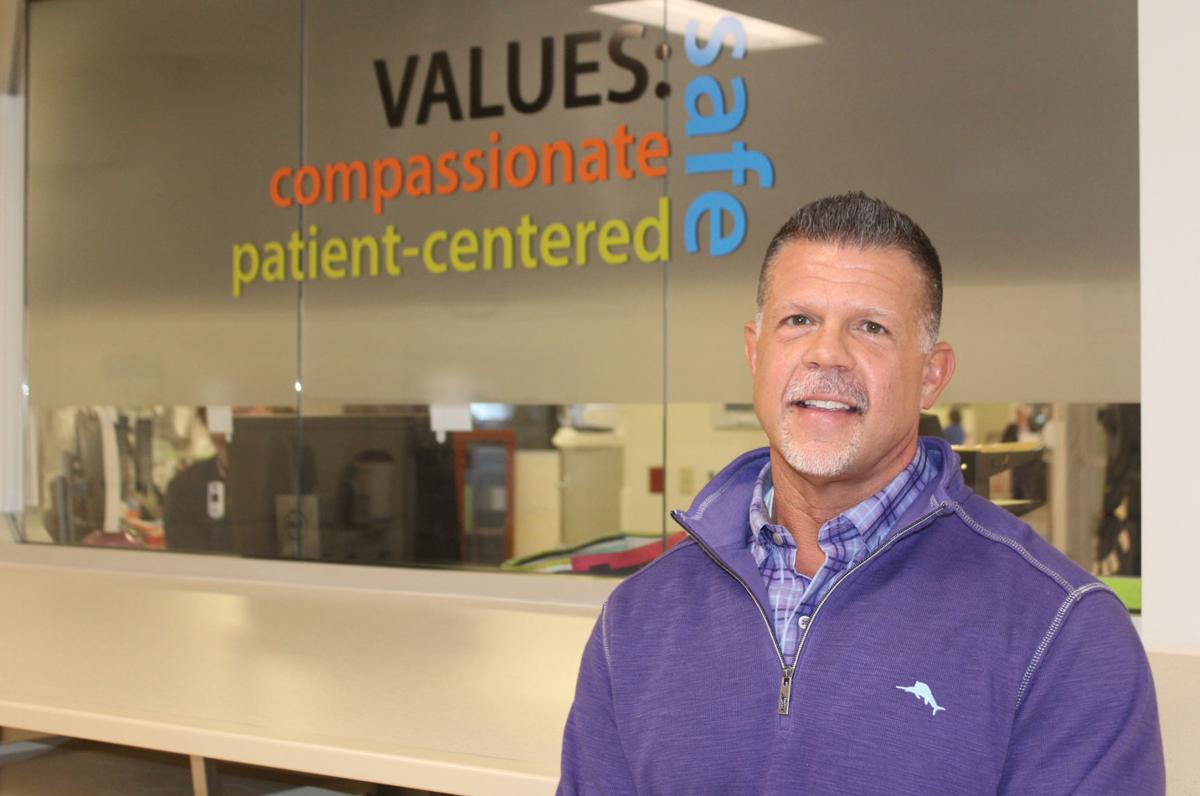 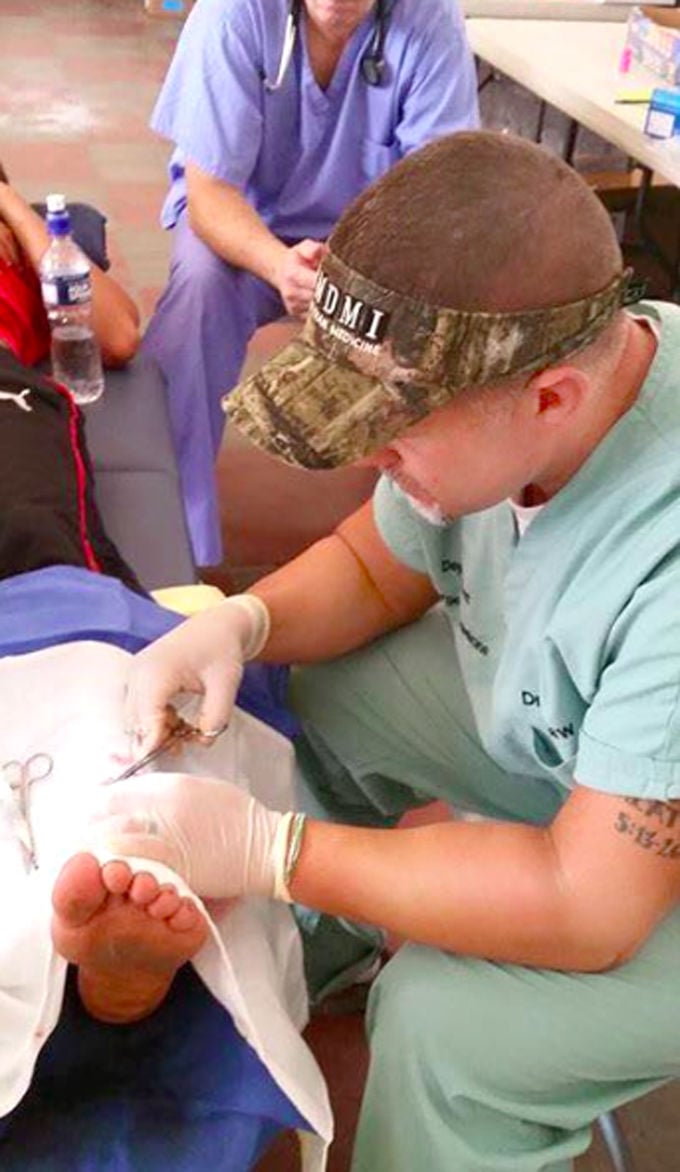 Dr. Scott Dishaw treating a patient during a BMDMI Mission trip to Honduras. 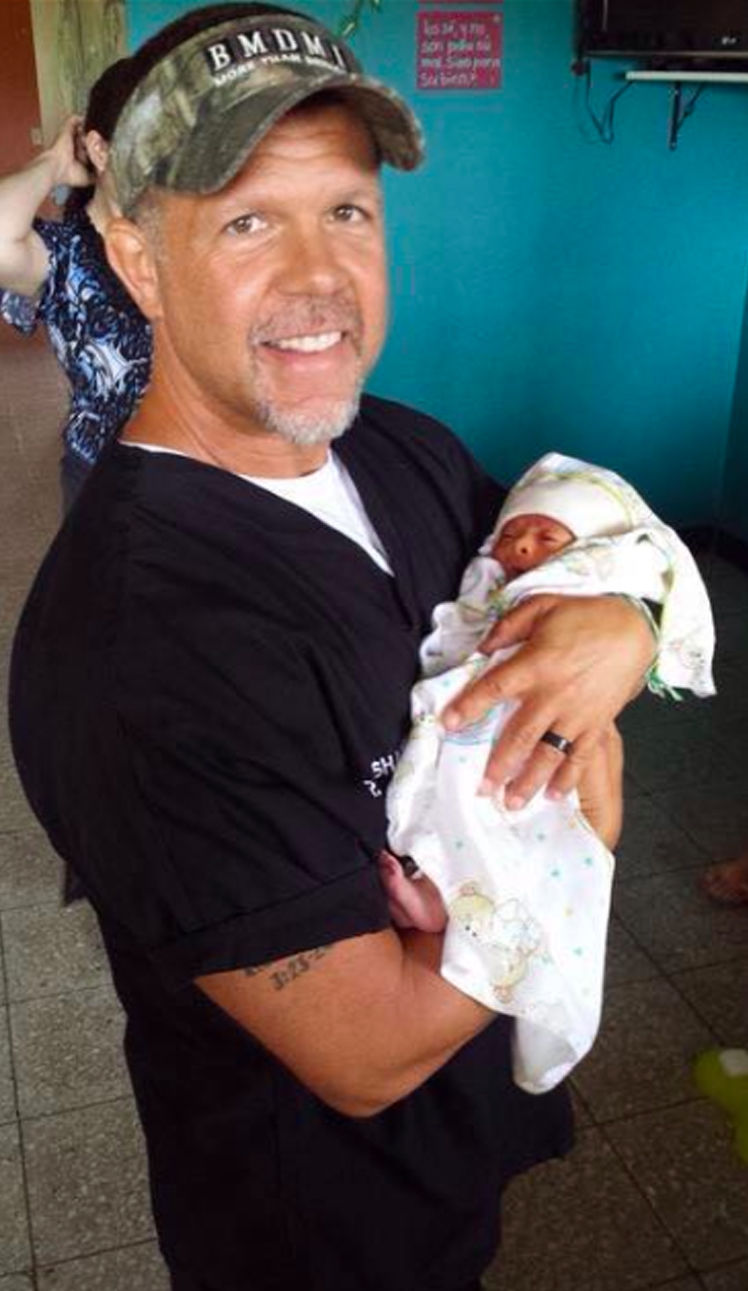 Dr. Scott Dishaw holds an infant patient during a clinic in Honduras with the Baptist Medical and Dental Mission International.

Dr. Scott Dishaw treating a patient during a BMDMI Mission trip to Honduras.

Dr. Scott Dishaw holds an infant patient during a clinic in Honduras with the Baptist Medical and Dental Mission International.

Growing up in Michigan, Dr. Scott Dishaw was around medicine from an early age. His father was a pharmacist.

He noticed his dad seemed to always be studying, which intrigued him. Dishaw also liked it when he heard people asking his father’s advice about medicine.

In high school, Dishaw was a part of a science club and got to watch an autopsy performed. He said it was one of the “coolest things in the world” to him at that time.

From his freshman year in high school, he said he knew he wanted to go to medical school and didn’t look back. Medicine later would bring him to Elizabethtown, where he’s worked 15 years at Hardin Memorial Hospital and to mission trips in South America.

Early on in medical school, he realized he didn’t like the idea of being on call and constantly running back and forth to the hospital from home. A friend told him to give emergency medicine a shot and he loved it.

In his years practicing medicine, the 45-year-old said he’s seen a lot of ridiculous things in the ER.

He did trauma training in Las Vegas. While there, he saw patients involved in gang violence as well as lake sports and desert sports injuries.

“Any time you see someone in distress or dying it’s life changing,” he said of emergency medicine. “You literally can go from something as dramatic as a heart attack or stroke to someone with an ear infection and you have to adjust.”

“As a man a faith, his love for humanity is reflected in the selfless ways he works to heal those in need day in and day out,” she said. “He is passionate about providing the highest quality care possible and truly cares about his patients.”

Parker said the hospital is “blessed” to have a doctor of his caliber caring for the community.

“What I admire most about Dr. Dishaw is how he cares for his patients in all ways — physically, emotionally and spiritually,” Parker said.

Dishaw said he likes the variety of emergency room medicine and working with acute illnesses. He chose the specialty because he can go home, decompress and separate himself from the job.

He finds the task of treating patients a challenge. It’s like solving a puzzle to find out what they have and how to treat it, he said.

“A patient comes to you with a problem and you form a differential diagnosis and try to figure out what they have,” he said.

He’s also a part of the hospital stroke team and currently serves as stroke coordinator. He has lectured on stroke treatment and is excited to start lecturing in the region.

Stroke is devastating neurologically but HMH’s treatment of acute stroke is incredible, he said.

“Dr. Dishaw has a passion for caring for all patients that present to the emergency department at HMH, however, his passion to care for our stroke patients is second to none,” said Rosa Vittitoe, stroke program coordinator.

“He is a catalyst for change and ensures that American Stroke Guidelines are being followed in our emergency department and throughout the hospital,” Vittitoe said. “He is also a teacher and well respected by both the physicians and nurses in the emergency department.”

But his medical practice is not limited to the emergency room. Dishaw has participated in medical mission trips to places sucha as Nicaragua and Honduras. He often participates with the organization Baptist Medical and Dental Mission International.

There he can provide basic medical care and teach people about Jesus, he said.

“You get to go and practice medicine for how it was intended, using the science of medicine with the art of caring and just loving on people,” he said, adding he gets emotional thinking about it.

Most doctors went into medicine to care for people and some get sidetracked along the way, he said. But going on these mission trips helps him reset, he said, to remind him why he pursued medicine as a career, Dishaw said.

Getting to know Scott Dishaw

Family: Dishaw and his wife, Melanie, have two children, Brayden and Zoie

is date night with his wife

because he likes to be

out in the woods and

Stress relief: Weightlifting is what he does to release frustration