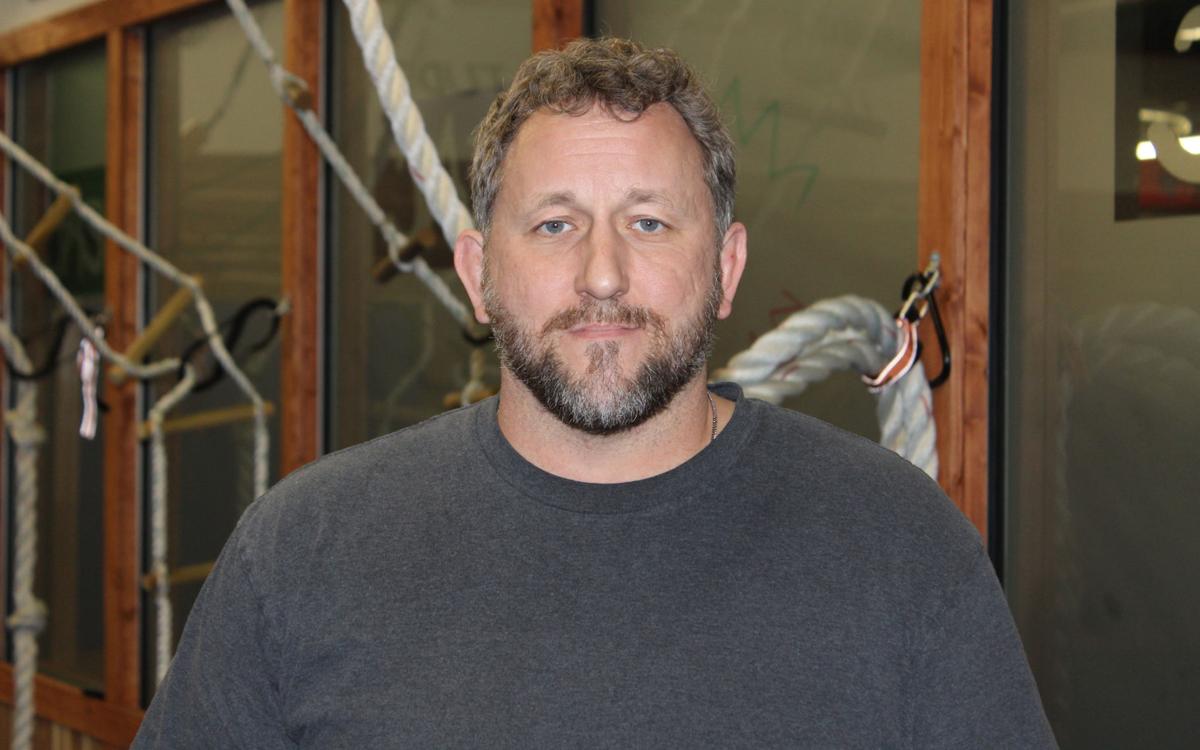 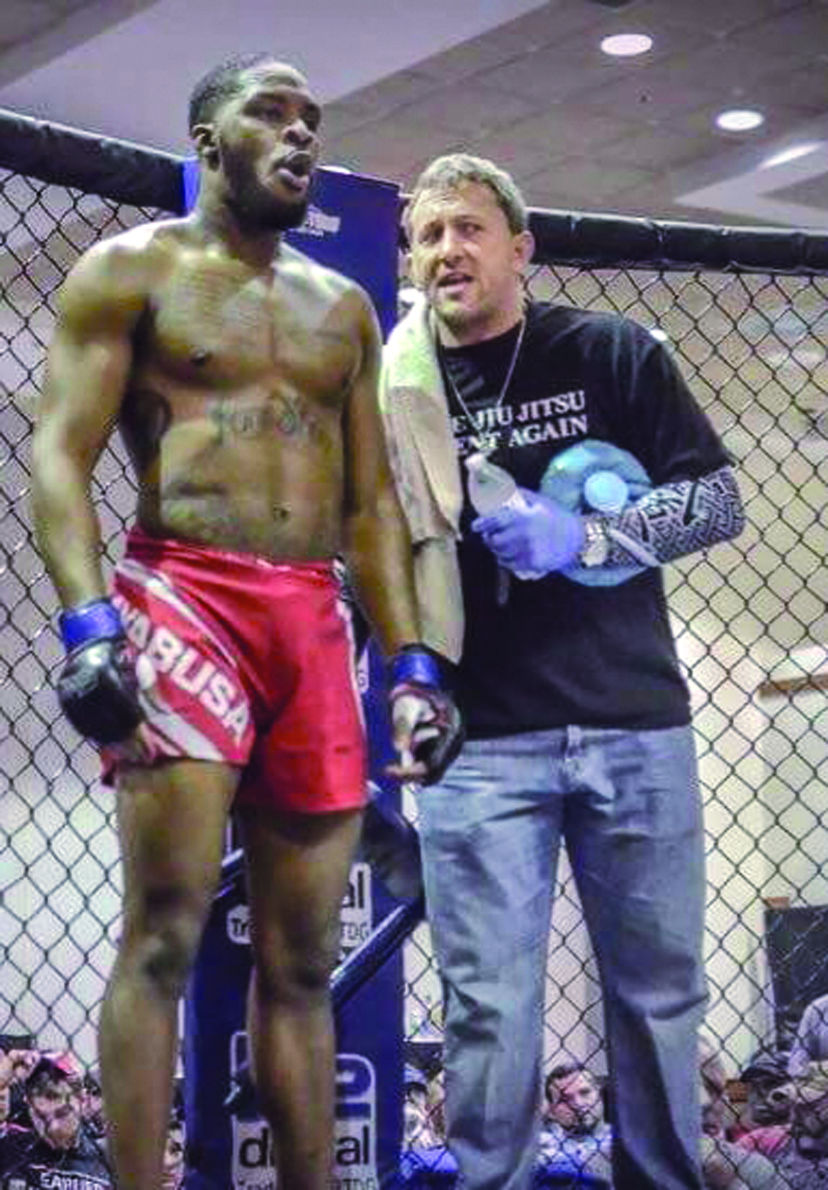 Josh Johnson teaching one of his students at E-town Brazilian Jiu-Jitsu and Kickboxing. 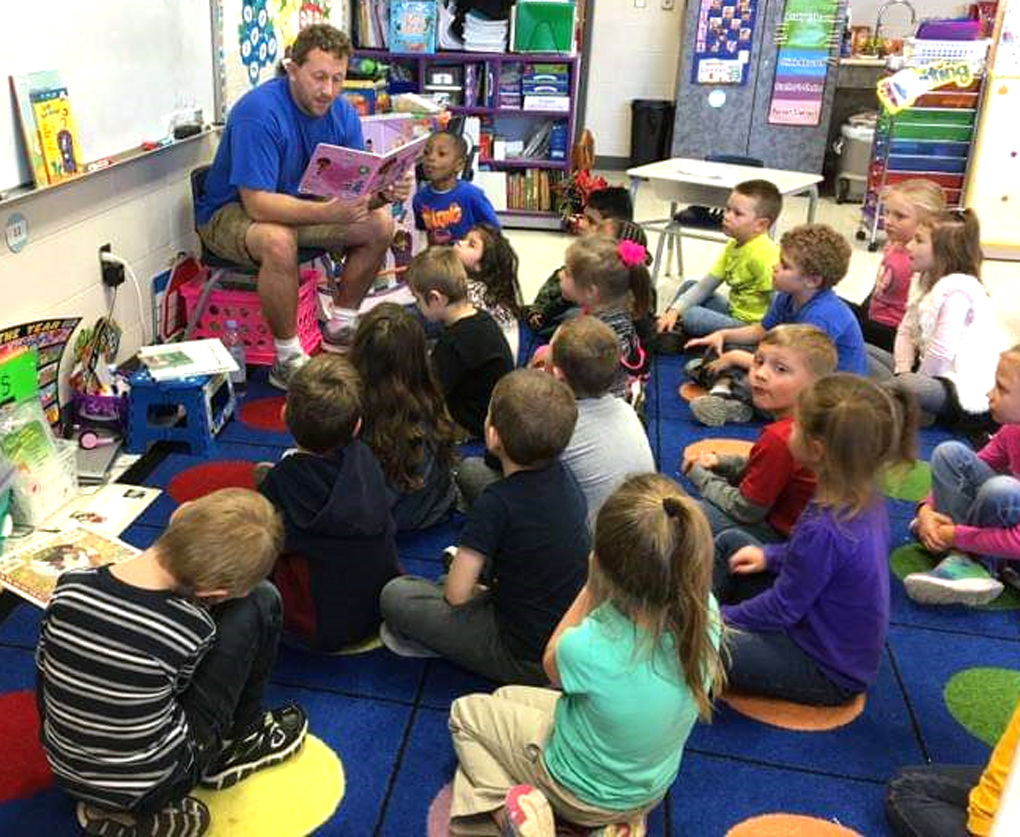 Josh Johnson teaching one of his students at E-town Brazilian Jiu-Jitsu and Kickboxing.

Josh Johnson educates in the classroom and through martial arts.

“I’m an educator because the most influential people in my life, outside of my immediate family, were educators and coaches,” he said. “I saw it as a way I could give back or be in that type of role for other people.”

When he went through the physical education program at Western Kentucky University, he said classmates were scared of working with elementary students and wanted to teach older children.

“But for me, elementary school was the place to be,” he said. “Kids are happy. No one is scared to sweat yet and fashion and social status isn’t important so they want to come and play.”

His first year was challenging, Johnson said. He had to find his balance teaching.

He said at first he wanted to be strict and disciplined to control the chaos of elementary school PE. But he grew to understand a more student centered approach to help them make their own good choices.

“He is passionate about teaching children healthy life habits that will help them physically and emotionally beyond their years at G.C. Burkhead,” Bender said. “Mr. Johnson believes in what he does, trying to make a positive impact on the disheartening statistics that describe our unhealthiness as a society.”

He said Johnson looks for new and innovative ways to improve his teaching.

“For example, last week he sought assistance from the Hardin County technology department to incorporate robots into his bowling lesson,” Bender said. “Mr. Johnson also sponsors our archery and judo clubs, however, Mr. Johnson’s most important attribute to our school is his ability to form positive relationships with the kids.”

Johnson, 42, said he was playing sports from the time he could walk. His big interest is coaching and he invested a few years coaching football and track at Central Hardin High School.

But he redirected that focus to elementary school PE and his Brazilian Jiu-Jitsu business. There he teaches children, adults and MMA fighters. He said he believes his is one of the oldest Jiu-Jitsu schools in the state.

He began with Jiu-Jitsu after he stopped playing sports and wasn’t as active. At that point, UFC fighting had gained popularity, he said.

There happened to be a Jiu-Jitsu instructor in town he trained with but when he moved he wanted to continue training. His first thought was to become a MMA fighter. At that time, he said it was the early days where everyone in the world was trying to fight in only three different shows.

“There were a lot of tough people in world and I was not in that category yet,” he said.

He trained in a variety of places and began to teach Jiu-Jitsu. He intially opened the school to have training partners. He was allowed to use the gym at G.C. Burkhead for classes but the program grew and he needed his own location. E-town Brazilian Jiu-Jitsu and Kickboxing has been inside of Elizabethtown Athletic Club for about 11 years, he said.

Johnson no longer competes. Instead he focuses on teaching his students.

“Josh’s dedication to teaching physical education can be seen when he uses techniques from Jiu-Jitsu to teach self discipline and confidence,” said LaKira Barno whose son, Eli, goes to Johnson’s Jiu-Jitsu school.

“He says important details (about training), he makes sure you’re OK if you get hurt, he lets you ask questions and he makes sure that you are doing it right,” Eli said. “We play games in class, that is some of the reasons why I think Josh is a good teacher.”

In Brazilian Jiu-Jitsu, Eli said, the teacher is called professor.

Johnson said he likes Jiu-Jitsu because it’s a form of social education and people come from a variety of backgrounds. Motivation for participation varies from exercise, self defense or competition.

“It’s really an equal playing field for everyone in here,” Johnson said.

His work is hands-on – training in and out of competition.

“I have probably trained and cornered more than 500 fights,” he said.

He likes training MMA fighters because there’s a big exercise science component to the training. The skills already are there, he said, you have to put everything together to manage fighters and personalities.

“I like it because it’s the most pure form of sport,” he said. “There’s not a ball that people are fighting over or playing with. They are actually competing with one another.”

A lot of people have the perception MMA is brutal but, he said it’s not much different from other contact sports.

“The fighters aren’t in there to hurt each other. They are thinking about protecting themselves and winning,” Johnson said, adding he enjoys working with high-level athletes.

Getting to know Josh Johnson

Travel: He’s been to Brazil

a dozen times to train.

UFC: He once worked for

the UFC as a bout inspector.

fan of all sports.

Books: Johnson has an