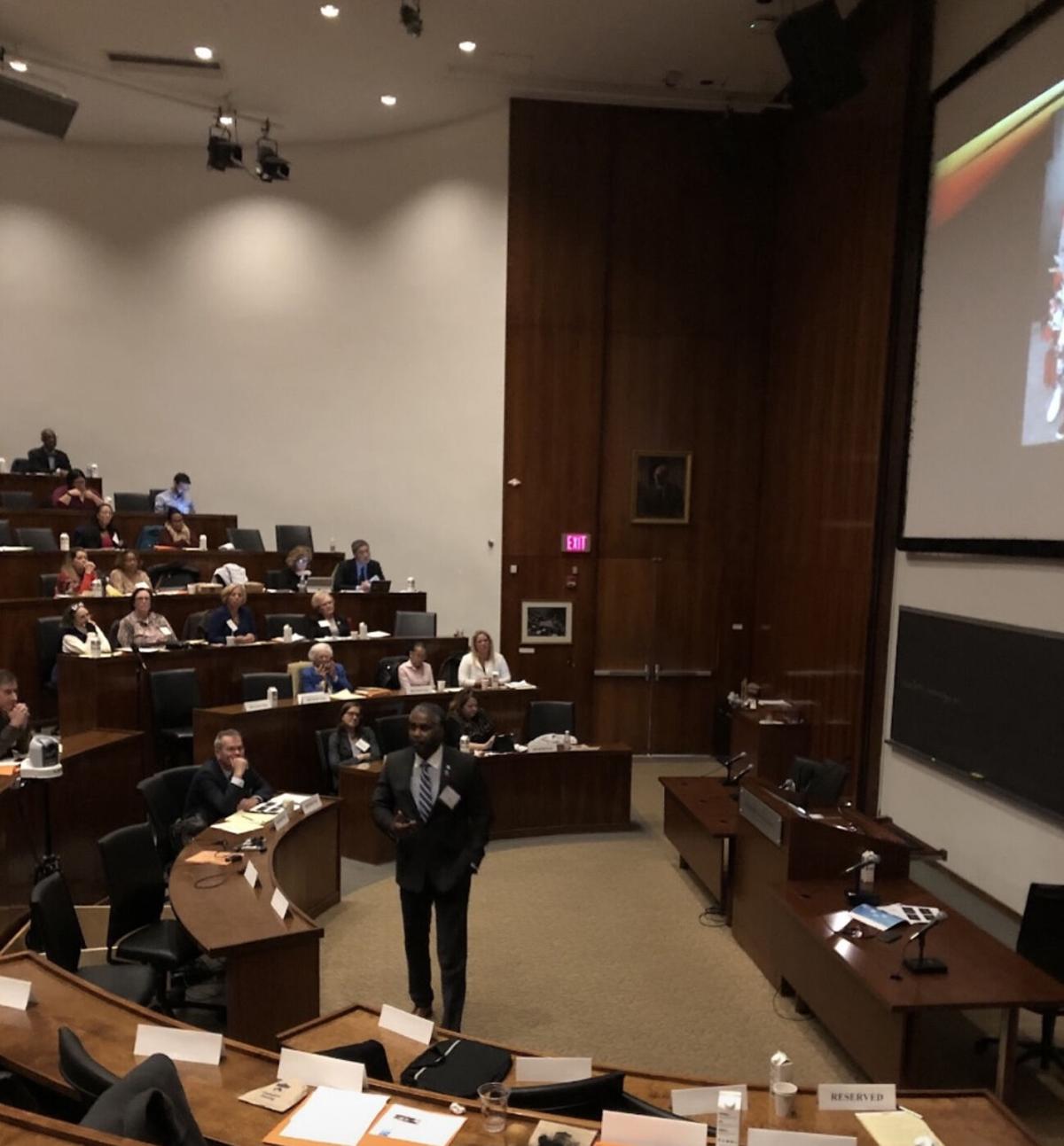 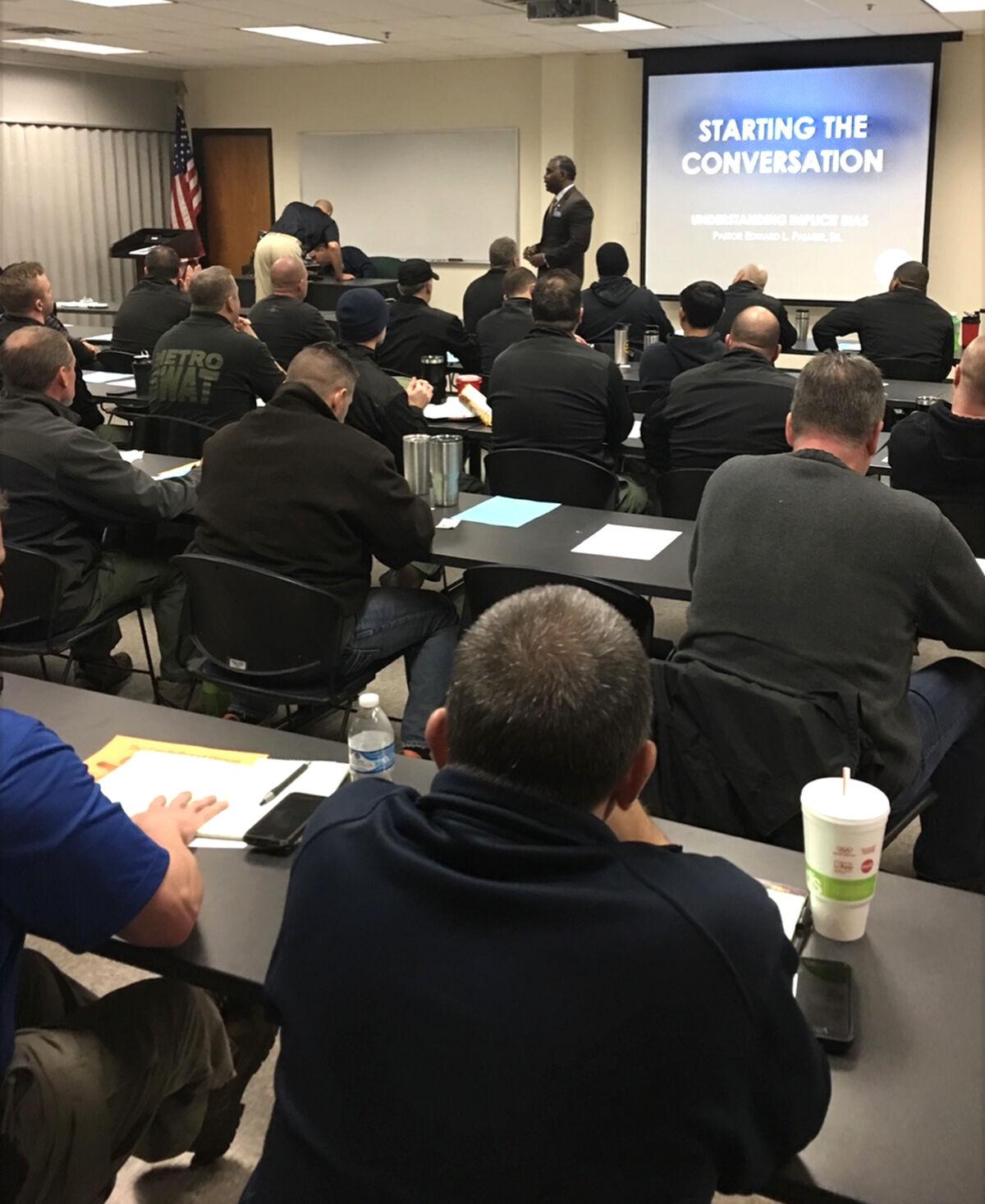 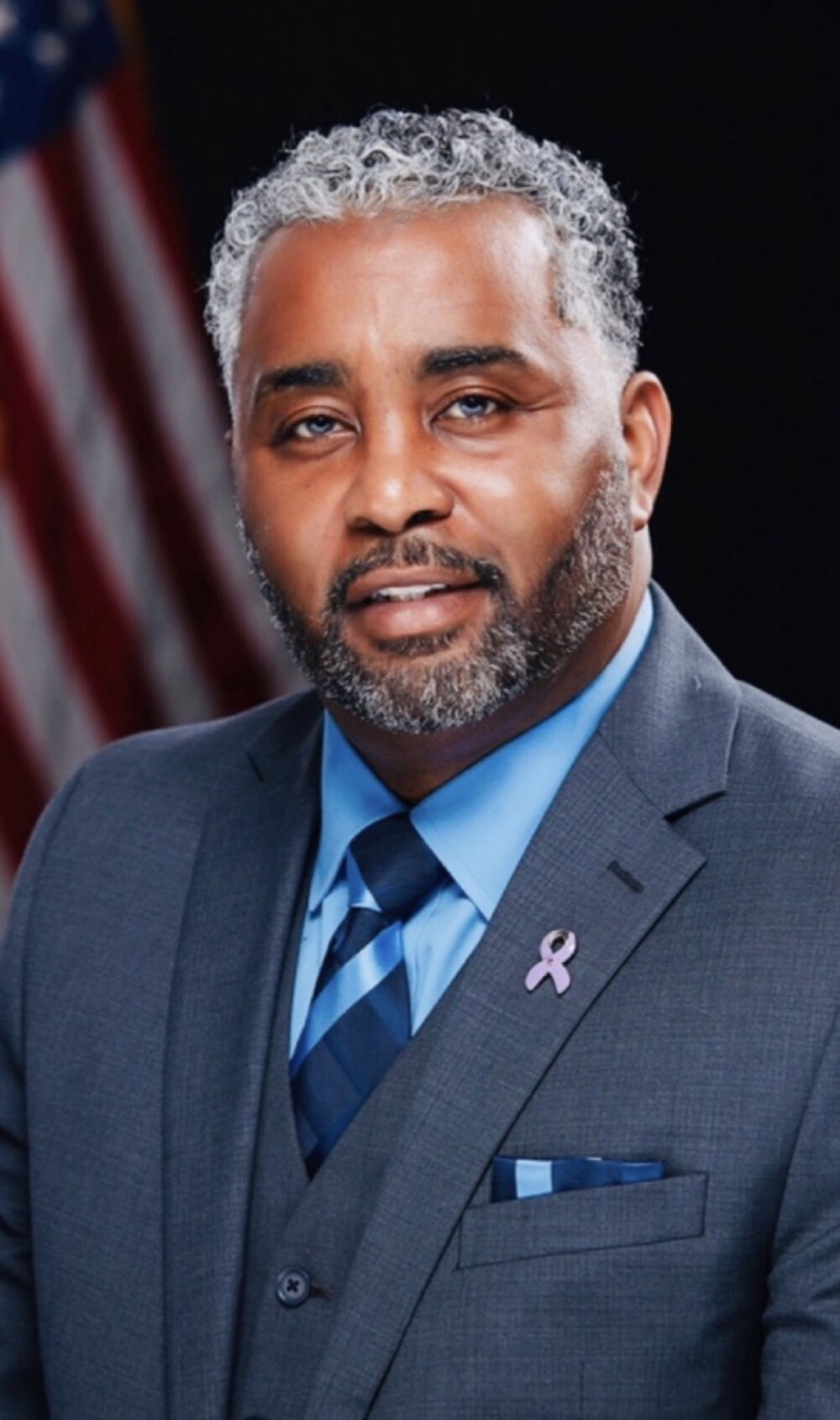 Edward Palmer is pastor at Sign of the Dove Church in Radcliff. He spent 10 years on the Radcliff City Council and is passionate about issues of juvenile justice and racial disparity.

On a break between shoveling his sidewalk and taking his granddaughter sledding in a laundry basket last week, Edward Palmer, 57, talked about his ministry, time on Radcliff City Council and issues he is passionate about.

He started his ministry in 1989 and founded Sign of the Dove Church when he moved to Radcliff in 1997.

That passion also led to a 10-year seat on the Radcliff City Council that ended last year when he decided not to run again.

“Most of the things I get involved in outside of the religious circles is because I have a complaint,” he said. “I have the mindset of be the change you want to see.”

When he finds himself impassioned about something so bad he complains about it, he said he has to roll up his sleeves and get involved.

It all started when he went to city council meetings and wasn’t happy about some of the decisions being made. He said he decided to try to change the system from within.

While on the city council, he said he fought to control taxes in Radcliff because he wasn’t a proponent of raising taxes just because you could.

Palmer said he also feels like he brought a new level of accountability to the council by asking tough questions, saying that’s what he thinks he was on the council to do.

Radcliff Mayor J.J. Duvall didn’t just know Palmer from city council. He’s known him since around 1997 when his late father rented Palmer the first building for his church.

“Ed has always been one to see a need and work to help it,” Duvall said. “Has a passion for his family and community.”

Duvall said Palmer always has worked to do the right thing for the people he serves in his church and community.

As a friend, Duvall said it has been a pleasure to see Palmer grow through changes and make things better for the community by his actions. He sees a need and takes action to solve it, Duvall said.

Palmer said he’s always been a youth advocate and wants to create opportunities for young people. Too many say youth need to make better choices, but adults have to help give them those choices, he said.

For more than two decades, Palmer has worked to improve the juvenile justice system and improve outcomes for youth when they wind up in the system.

During that process, Palmer said he’s also developed an expertise in racial and ethnic disparities, specifically in the negative outcomes the black and brown communities feel they’ve experienced in that system.

He’s been all over the country speaking on this issue including places such as Georgetown Uni­ver­sity, Princeton and Washington D.C.

He currently serves as the national chairman of the Coalition for Juvenile Justice.

“I love what I do and do a lot of racial and ethnic disparity training around the country,” he said.

He also works as a consultant to agencies in Kentucky and other states.

“It gives me the opportunity to really improve the system for all kids,” he said.

Through that, there have been panels with legislators and officials about bills related to youth and things that need to be done in the demand for racial justice, he said.

“We’ve had tough and courageous discussions around where we move from this place that we found ourselves in 2020 in the trifecta of Breonna Taylor, Ahmaud Arbery and George Floyd,” he said. “How do we move from that acute compassionate response to some kind of chronic empathy and passion around systemic changes?”

Palmer said there are several state legislative initiatives in the approval process to help.

He also serves on the Hardin County Health Department board and tries to promote the advice put out by the department as not only a community leader but also a faith leader.

Most recently, he said, to do that he’s been public in supporting mask wearing, social distancing and getting the COVID-19 vaccine.

“When I see something that’s not benefiting the community or humanity as a whole, there’s a passion in me that wants to do something to make things better,” he said. “It’s a God-sent passion.”

“My passion for my time on earth is to make the world a better place,” he said. “To make it a better place for my kids and grandkids to live so they can inherit a better community than the one I inherited.”

He said he wants to help construct a society that is inclusive to all cultures.

Becca Owsley can be reached at 270-505-1416 or bowsley@thenewsenterprise.com.