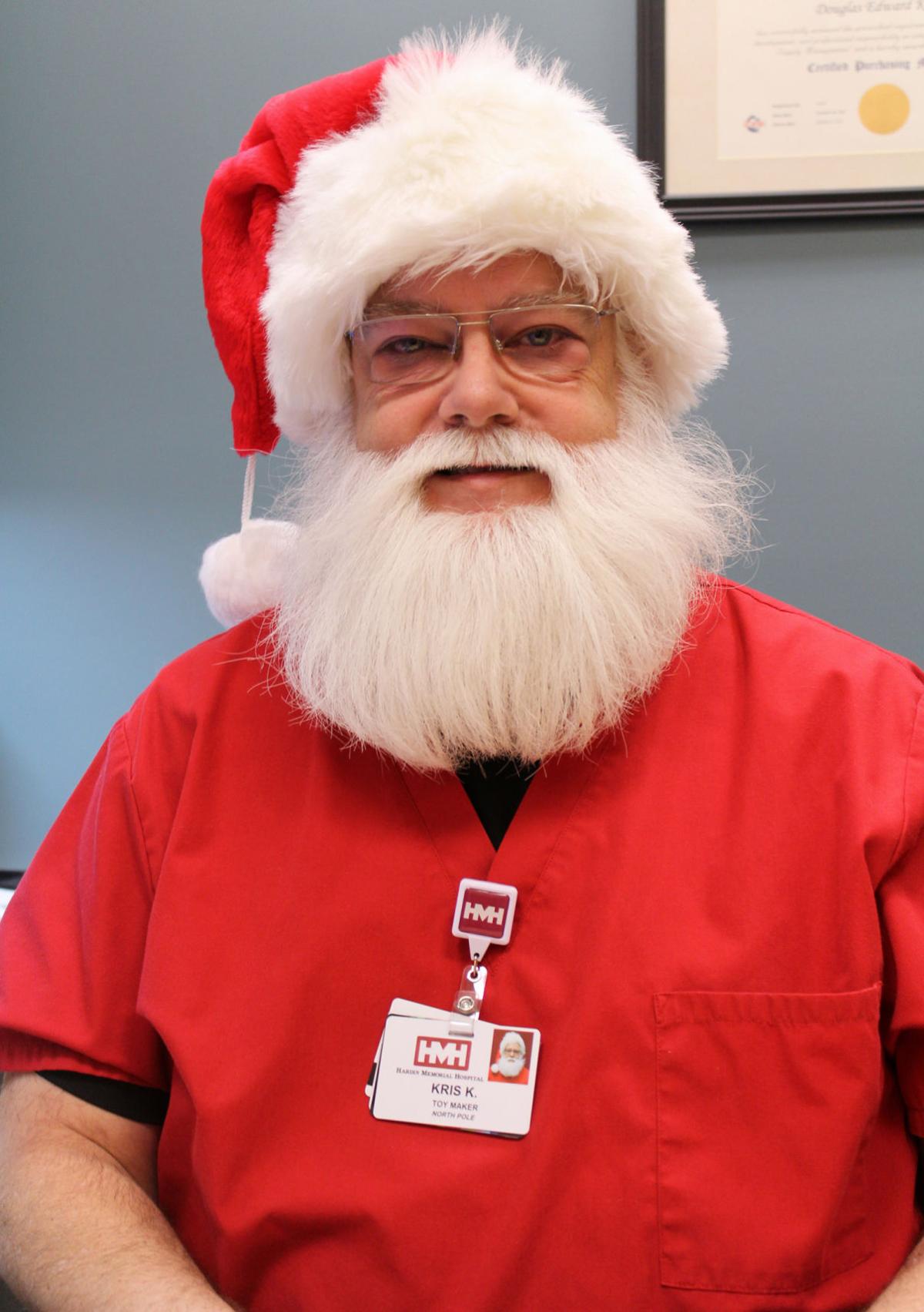 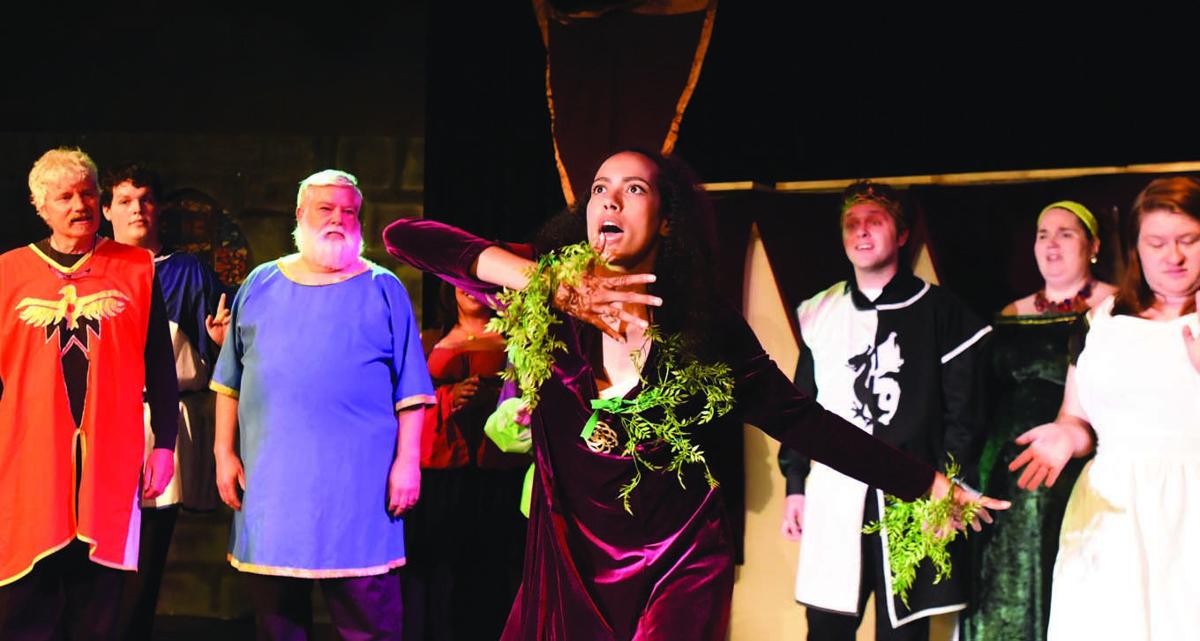 Kolpak, pictured in blue on the left, acts in many Hardin County Playhouse productions. He’s seen here in ‘Once Upon a Mattress.’ File Photo: Neal Cardin 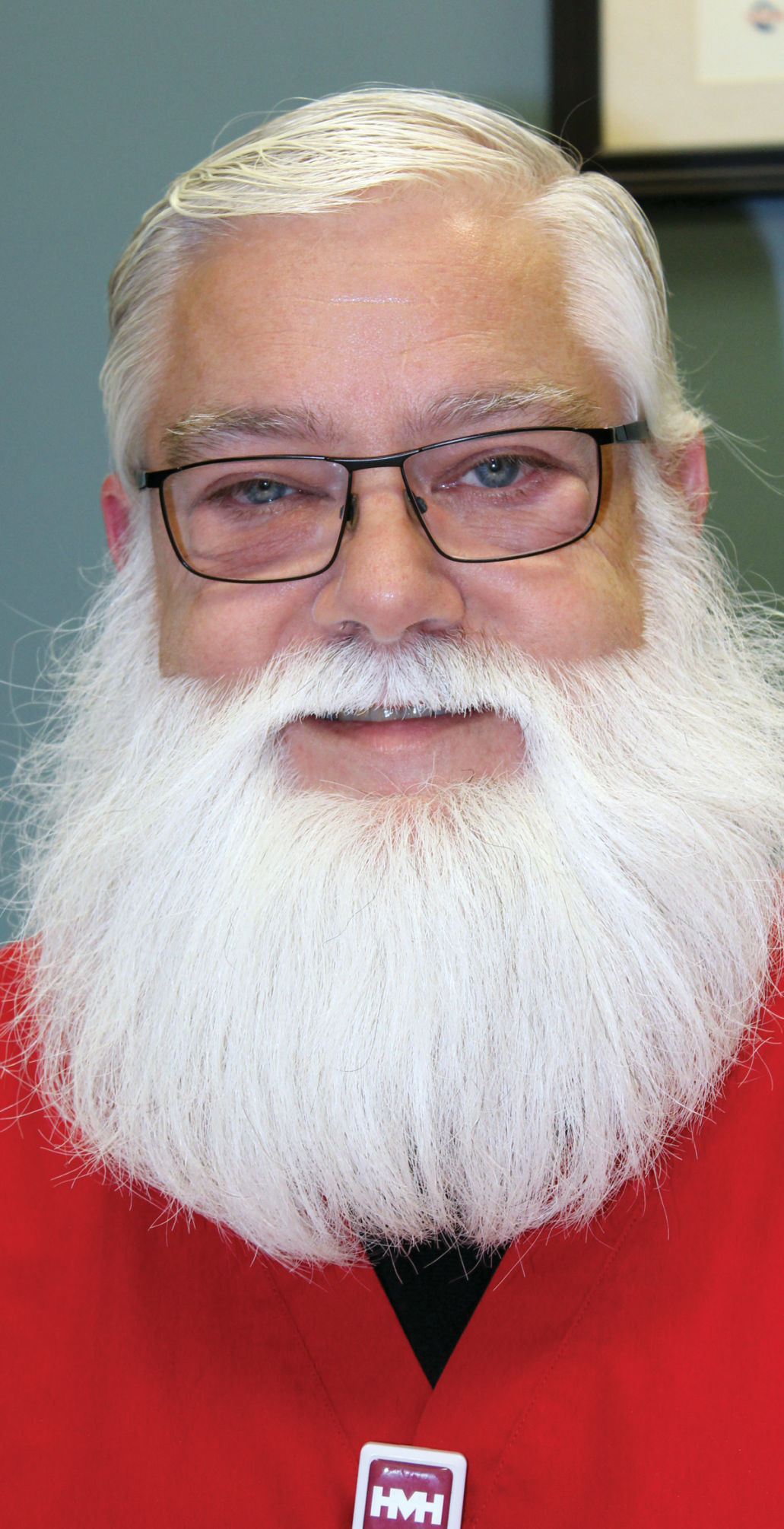 Doug Kolpak works at Hardin Memorial Health but spends much of this time of year playing Santa. BECCA OWSLEY/The News-Enterprise

Kolpak, pictured in blue on the left, acts in many Hardin County Playhouse productions. He’s seen here in ‘Once Upon a Mattress.’ File Photo: Neal Cardin

Doug Kolpak works at Hardin Memorial Health but spends much of this time of year playing Santa. BECCA OWSLEY/The News-Enterprise

This time of year, Doug Kolpak of Elizabethtown often gets mistaken for a famous Christmas icon because he resembles Santa.

Kolpak is totally fine with that. In fact, he plays along and often acts as one of Santa’s helpers.

The 62-year-old is a purchasing agent with Hardin Memorial Health and often is stopped for a photo when he walks the halls of the hospital.

He started about three years ago and has been a stand-in for Santa at HMH events, his church and at Hardin County Playhouse events. He’s a member of the HCP board and serves as its treasurer. He once played Santa on stage during the production of “A Christmas Story.”

“Doug brings a lot of joy and excitement to HMH. It is not uncommon to see people take a second look when they see him in the hallway and he is always asked to take a picture with Santa,” said Linda Bottorff, HMH director of supply chain. “But beyond the outward appearance, Doug has such a kind and giving spirit.”

She said he always goes the extra mile and loves to do new projects while giving them his all.

“The big thing I enjoy is just having fun with people, talking with the kids and being there for them,” Kolpak said.

Children often get nervous when they finally meet Santa and he has to help them get comfortable but also remember what they want for Christmas when they talk to him.

“I think the biggest fun is just seeing other people’s reactions,” he said of portraying Santa. “It’s just something I’ve fallen into.”

Recently, he was in line at the post office in Elizabethtown and noticed a woman with two children in line in front of him.

“They were carrying on, as children normally do in line, and then they noticed me in line behind them,” he said. “I overheard them saying in a quiet voice, ‘He looks like Santa Claus.’”

They began to bug their mom about how much he looked like Santa.

“Lucky for me, prior to going to the post office, I had my ID badge from the hospital, the one that says ‘Kris K. Toy Maker – North Pole,’” he said. “I showed the badge to the kids and they began to calm down and have a conversation with me.”

“Their Mom smiled and recognized what I had done for her while she waited in line,” he said. “Her children were now quiet and the wait in line did not seem so long, because no one wants to misbehave in front of the Claus.”

On Christmas Eve, he plans to visit the hospital dressed as Santa to share a little Christmas cheer with patients and staff.

He usually keeps his beard shorter during the year and grows it out closer to Christmas. The most complicated thing about the beard is making sure to watch what he eats so it doesn’t get messy, he said.

He may keep it longer this year because he has a part in the upcoming HCP and Central Hardin High School production of “The Crucible.”

Kolpak started acting with the Hardin County Playhouse after a fellow choir member at Memorial United Methodist Church said he should audition for “Jesus Christ Superstar” in 2014. He got a part in the ensemble and has been with the theater group ever since.

“It’s interesting how you change your whole lifestyle when you are rehearsing four days a week,” he said, adding that actors become a family during the long rehearsal process.

He said he doesn’t care how big the part, he just enjoys being a part of the theater.

Playhouse President Claire Allen called Kolpak an asset to the theater and the community.

“He is meticulous and reliable when it comes to being on stage and volunteering, as well as handling HCP’s finances,” she said. “Our organization is lucky to have a volunteer that gives up so much of his time to make us better.”

Kolpak was one of the group’s volunteers that spent a lot of time breaking down the old performance site at the Plum Alley Theater.

“I was probably one of five people who were there almost every single work day,” he said.

As they tore out the old staging, some wood was kept to make set furniture as a reminder of the old space, he said.

“For a lot of us, this is strange to put together plays on a totally new stage,” he said. “It was like tearing your home apart.”

“His diligence was integral to the success of HCP’s transition, demolition and move,” she said. “He is a true asset to our organization as an officer on the board of directors and always a pleasure to work with on any project.”

Aside from acting and playing Santa, Kolpak has another passion, church league dartball. He has played since 2000 and keeps the stats and financial info for his team.

Dartball, he said, involves a steel tip dart thrown underhanded to a board that’s 20 feet away. The picture on the board looks like a baseball diamond.

There are 11 churches and about 175 people that play every Monday night. Most of the players, he said, are age 50 or older so they are looking for some younger players.