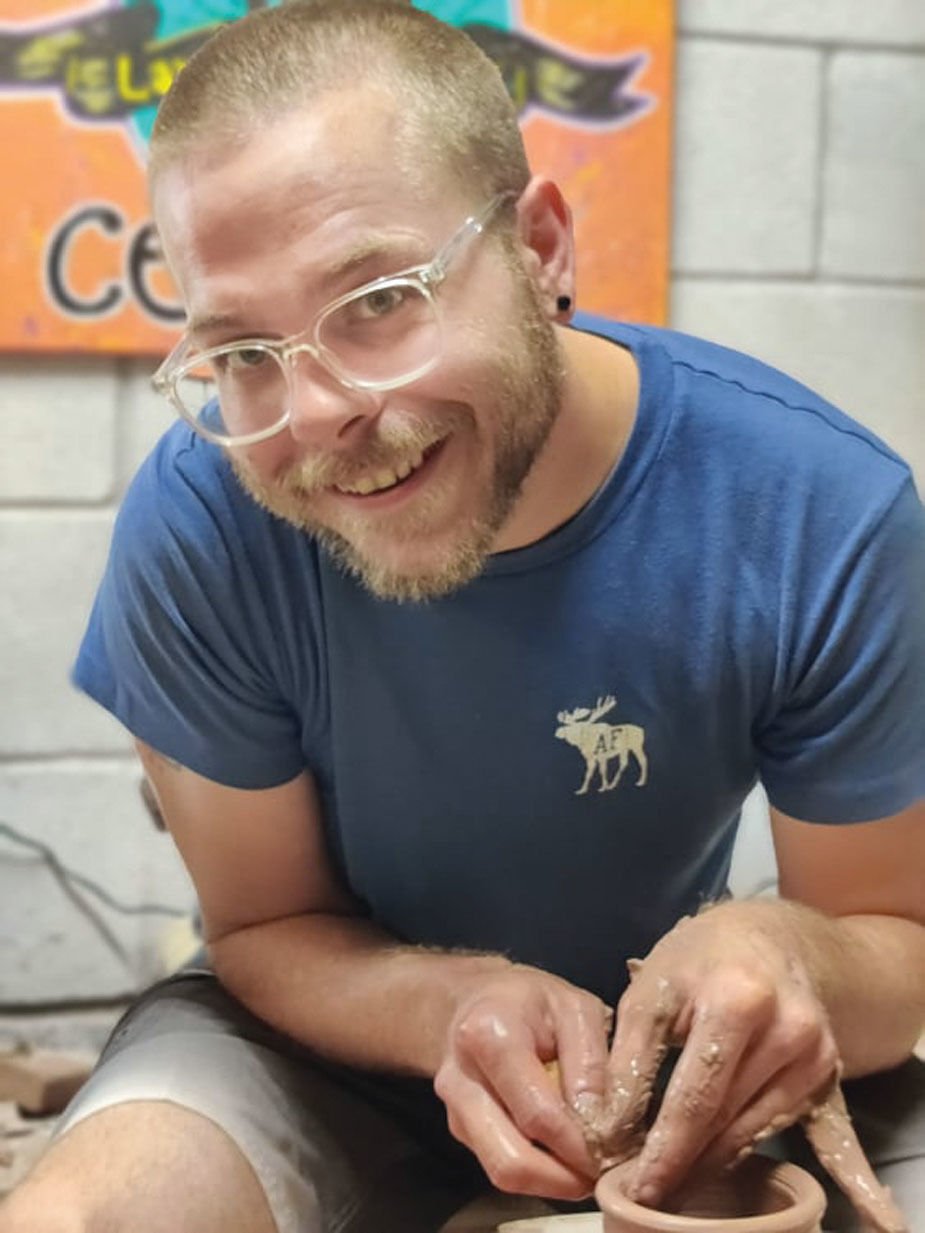 Larry Spear of Elizabethtown is a ceramist who creates a variety of functional art, including mugs, pitchers, platters, tabletop fountains and more. 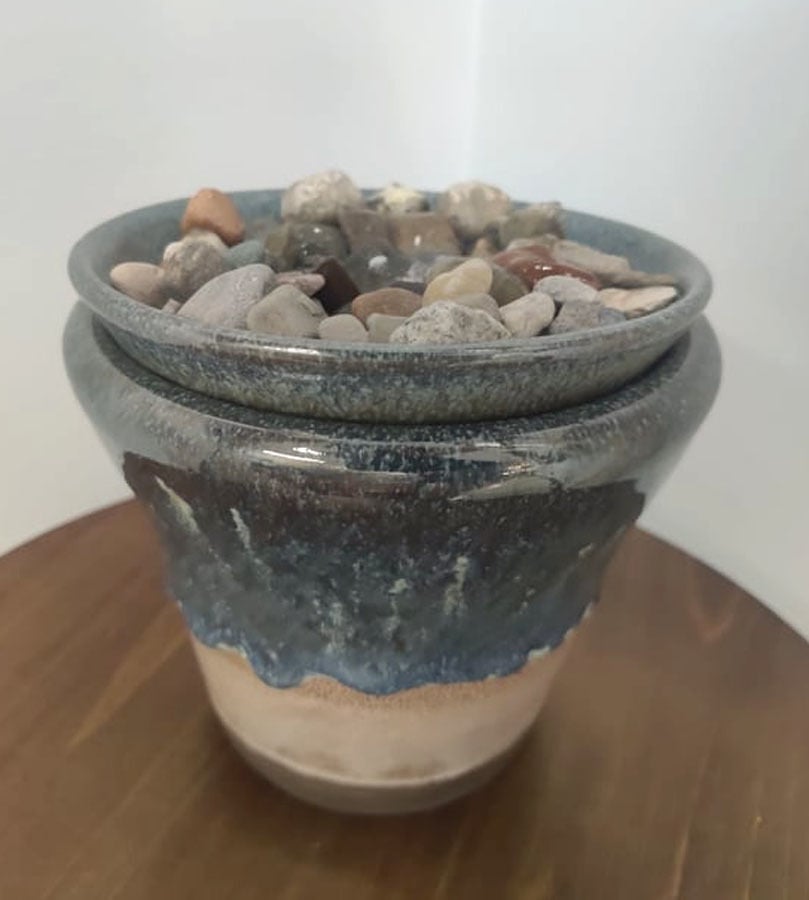 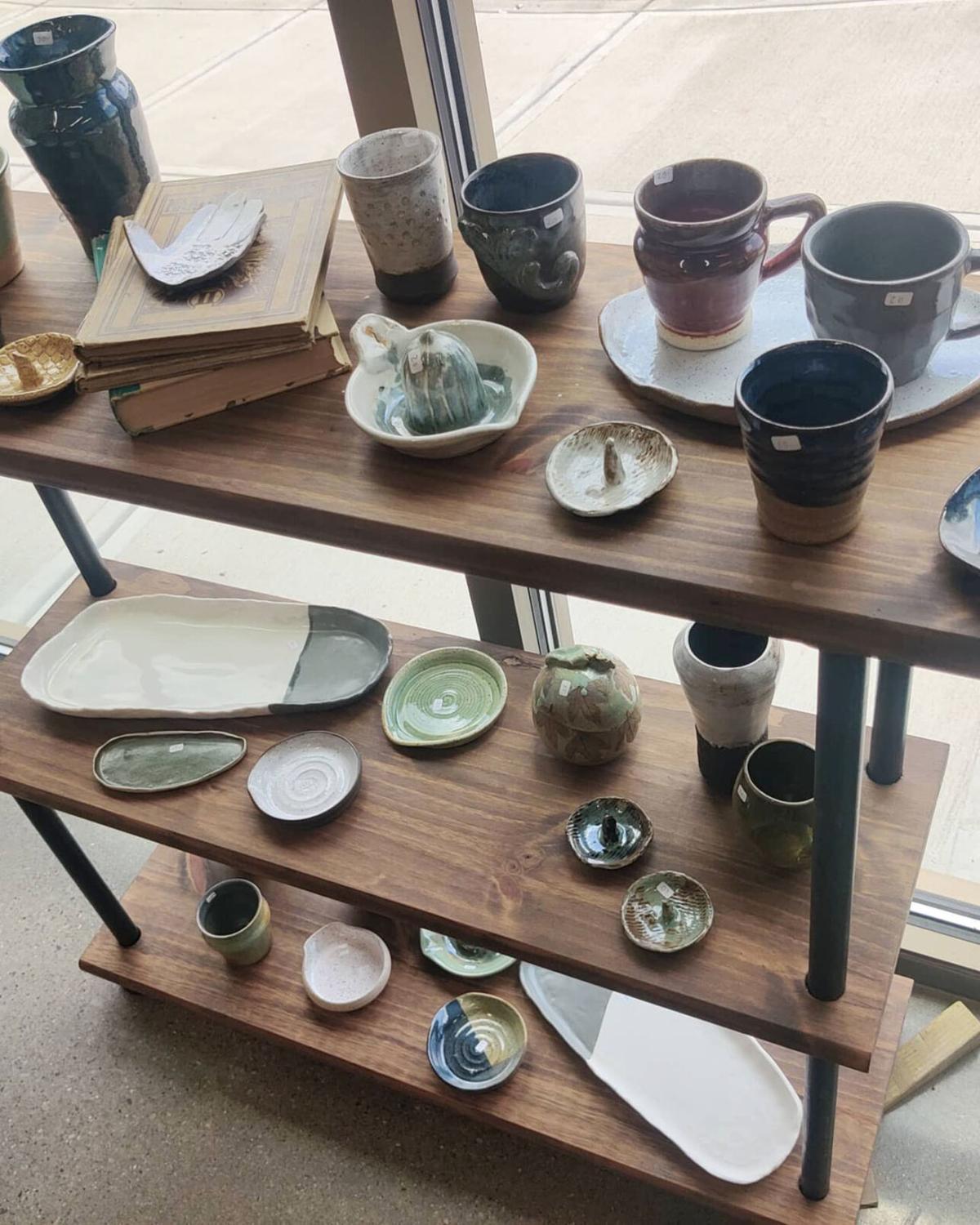 A selection of pieces created by Spear available at Kat’s International Grocery, located at Suite 111 of the new Lincoln Center at 1507 N. Dixie Ave.

Larry Spear of Elizabethtown is a ceramist who creates a variety of functional art, including mugs, pitchers, platters, tabletop fountains and more.

A selection of pieces created by Spear available at Kat’s International Grocery, located at Suite 111 of the new Lincoln Center at 1507 N. Dixie Ave.

Since moving back to his hometown of Eliza­bethtown about eight years ago, Larry Spear has worked in a few different career fields, including jobs in the real estate and service industries. But all along, Spear has had a great passion for art.

In January of 2020, Spear experienced something that made him reconsider his priorities: He ended up in the emergency room and was diagnosed with Type 1 diabetes, a condition he said runs in his family.

“Since then, I have been more focused on creating my ceramic art and making a living doing something that I love,” he said.

Spear has been creating ceramic art for about two years, but has engaged with a variety of artistic mediums for nearly his whole life. Over the years, he said he’s dabbled in polymer clay, needlework and painting.

“I’ve always thought of myself as artsy,” he said. “When I was a kid spending time at my grandmother’s, I would always go through old drawings of my dad’s and want to copy them and be able to draw as good as he could.”

In 2019, after watching several pottery videos on YouTube, Spear began shopping online for a ceramic kiln. Soon, he drove to Indiana to buy a used kiln made in the early 1980s and a friend later made him an Egyptian-style pottery kick wheel.

“I started watching every YouTube video I could find to teach myself how to throw on the wheel and eventually how to fire my kiln,” he said. “I always like to do things the hard way for some reason but that is just the way that I like to learn. It was definitely a learning curve trying to learn every bit of the process from researching and I’ve had some serious mess-ups along the way but there is something that keeps me going and motivated to get better and have more patience with this art form.”

Working out of his garage, Spear said he primarily enjoys making functional ceramic art, including mugs, pitchers, platters, tabletop fountains and more. His work often has an emphasis on sgrafitto, which involves putting down a preliminary surface, covering it with another surface and scratching away at the top surface to form a pattern.

Operating under the pseudonym Larry Potter Ceramics, Spear has shared photos of his work and videos of his process on social media platforms such as Instagram and TikTok. He also has an Etsy page where customers can purchase his work, which can be found at larrypotterceramic.etsy.com.

Spears’ work currently is available for purchase at Kat’s International Grocery, at Suite 111 of the new Lincoln Center at 1507 N. Dixie Ave. in Elizabethtown. He also regularly sets up at the Rineyville Farmers’ Mar­ket, which takes place each Sunday from 11 a.m. to 3 p.m. at the Ri­ney­ville Community Park.

Spears said he would one day like to open his own local studio where he can offer lessons and sell his pieces. Until then, he simply is enjoying the process of creating and getting better at his craft.

“I feel like every time I fire a kiln I end up with a new favorite piece of work,” he said.