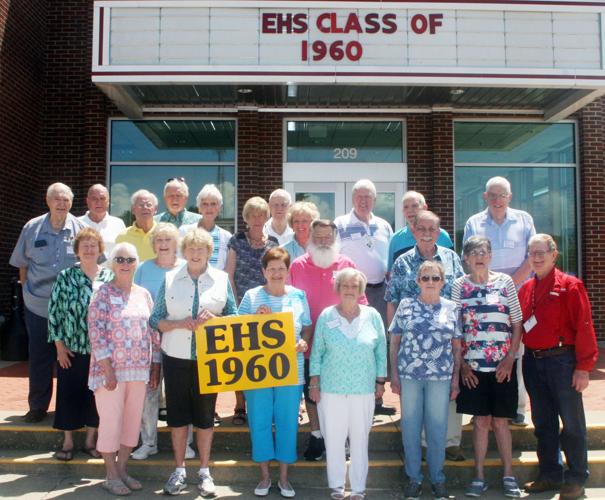 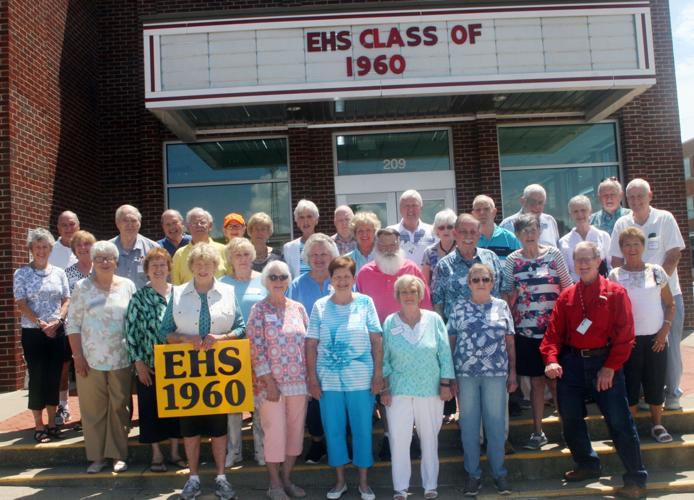 Classmates and guests of the EHS Class of 1960 gathered Aug. 6 at the Historic State Theater in Elizabethtown for their 62nd reunion, with 36 in attendance. The class held 10-, 20- and 25-year reunions, as well as annual ones after that, for a total of 38 reunions.

Attendees spent time in fellowship and reminiscing over class photos and memorabilia prior to enjoying a buffet lunch by Back Home Catering.

Class President Louis Kerrick welcomed the group and asked classmates to introduce themselves. He presented each with his traditional Presidential Gold Coin Award and conducted several trivia-type games with prizes awarded to winners. He recognized reunion planners over the years, as well as those who had hosted annual events.

Tom Barnard reported on classmate contacts and communications. Sandy Ford Allen reported on memorial recognitions, and reporting for Treasurer Betty Hart Beliveau, provided a brief treasurer’s report. Bob Jenkins led a discussion of gatherings for future years. After COVID necessitated canceling the 3-day event for what was to have been the EHS Class of 1960’s 60th and final reunion in 2020, the scaled-back reunion this year is the class’s final official reunion. Subsequent years will consist of a casual gathering at a local restaurant. Jim Hatcher conducted an E’town trivia contest and preview of the self-guided tour he had developed.

Distinguished guests Dick and Sara Bell were recognized. Mr. Bell has been devoted to the EHS Class of 1960 through the years and shared anecdotes of his time teaching the class, his first teaching assignment.

Following a “farewell” by President Louis Kerrick, classmates and guests gathered for the official class photographs in front of the Historic State Theater marquee.