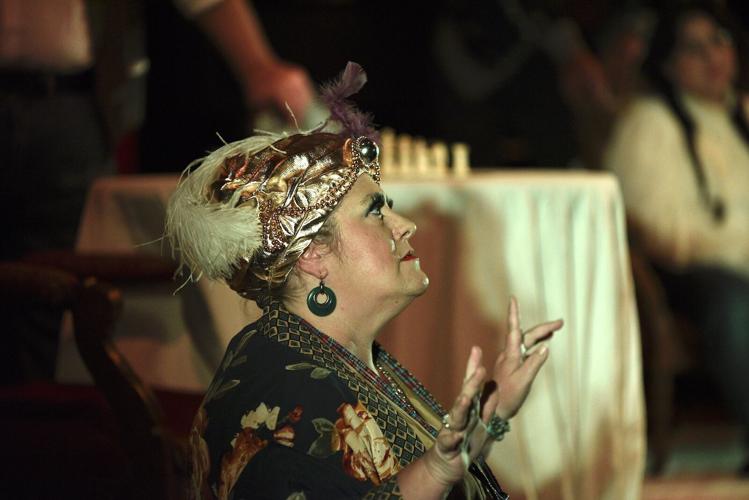 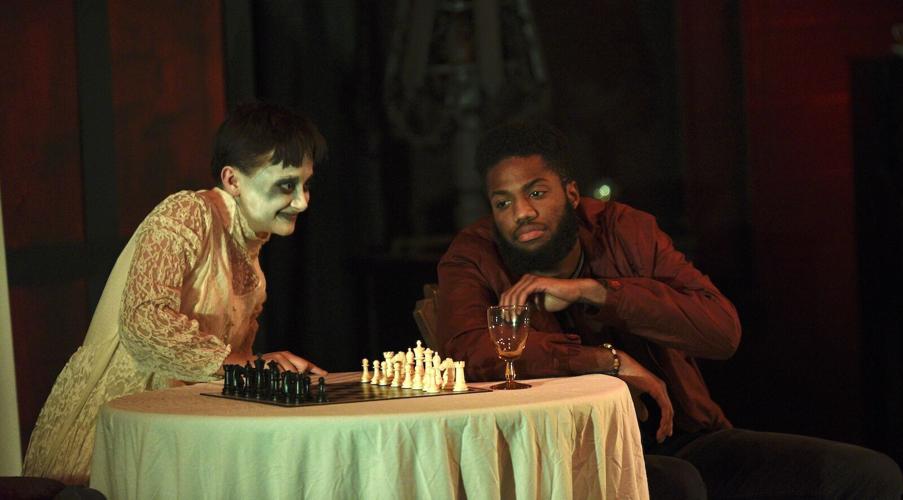 Although not seen by the characters, audience members will be frightened by ghosts and other surprises both on and off stage. 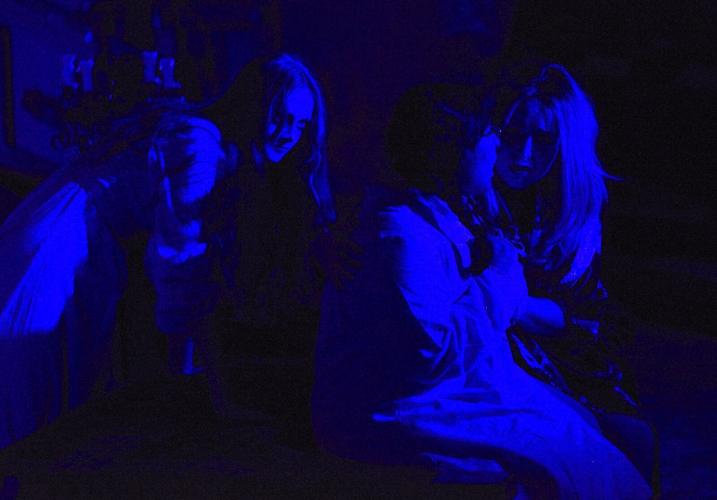 Lighting and sound effects will come together to make audience members and characters alike wonder what may be lurking beyond the light. 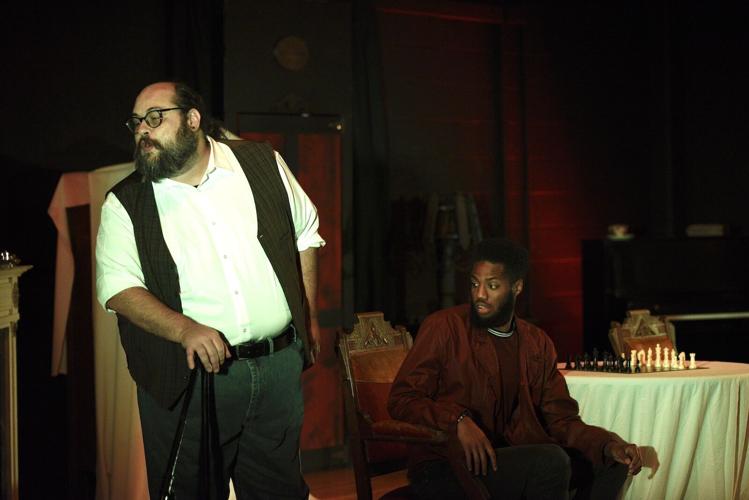 Hardin County Playhouse actors had a dress rehearsal Tuesday for their upcoming show, “The Haunting of Hill House.”

Although not seen by the characters, audience members will be frightened by ghosts and other surprises both on and off stage.

Lighting and sound effects will come together to make audience members and characters alike wonder what may be lurking beyond the light.

Hardin County Playhouse actors had a dress rehearsal Tuesday for their upcoming show, “The Haunting of Hill House.”

There’s no better way to kick off the Halloween season than with a good haunting.

Hardin County Playhouse is presenting “The Haunting of Hill House,” and cast and crew are excited to entertain and scare audiences.

The production is a “chilling and mystifying study in mounting terror” in which a small group of “psychically receptive” people are brought together in Hill House, a brooding, mid-Victorian mansion known as a place of evil and “contained ill will,” according to the description on HCP’s website.

Led by the learned Dr. Montague, who is conducting research in supernatural phenomena, the visitors have come to probe the secrets of the old house and to draw forth the mysterious powers it is alleged to possess — powers which have brought madness and death to those who have lived there in the past, the website said.

“If you enjoy that old-school feel of walking through a haunted house, this is the show for you,” Director Aaron Taylor said. “It is a show of mounting dread and jump scares.”

Taylor said he wants guests to be uneasy from the moment they come in.

From jump scares to ominous music, Taylor said they have surprises in store from start to finish for guests to the production at Elizabethtown Community and Technical College Science Auditorium for most of its run.

Carmen Caldera-Brzoska, who plays Mrs. Montague, said she was excited to work with Taylor again. She said it’s been 20 years since she’s acted in a production.

“I love Halloween; I love spooky things,” she said. “I really wanted to do a show again, and when I found out (Taylor) was directing it, that was kind of it,” she said.

Caldera-Brzoska said she had done shows in the past with her parents, and now, her daughter, Cayla, is working on this production as a makeup artist.

Jeff Curtis plays Arthur Parker, who he said helps serve as some comic relief to the otherwise terrifying production.

“It’s fun to play that kind of character,” he said. “I don’t have to move the story along. I’m there more as an appendage to Mrs. Montague. Plus, I get to wear an eye patch.”

Curtis, who also is involved with the music for the production, said he hadn’t been on stage for three years because of the COVID-19 pandemic. Having worked with Taylor before, he knew he wanted to be involved.

“I’ve worked with Aaron on a number of shows in other capacities at The PAC, either doing sound and music or acting on stage with him,” he said. “I knew I would enjoy the experience if I got cast.”

In addition to the performances at ECTC, the show also will be performed Oct. 29 at Bethlehem Academy near Rineyville. Although performances at that location already are sold out, Taylor said guests will still get the same show at ECTC.