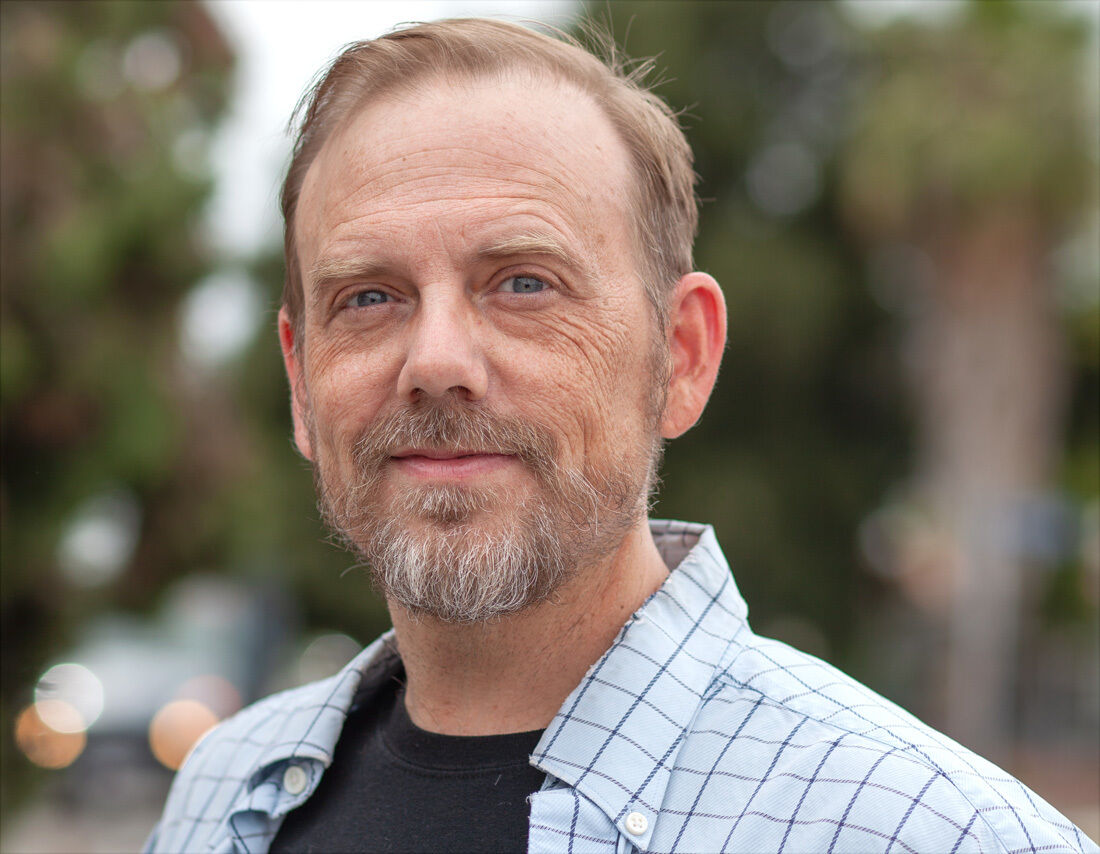 David Ruano Robert Christopher Smith, a native of Elizabethtown, has started a western radio drama with creative friends during the COVID-19 lock down. 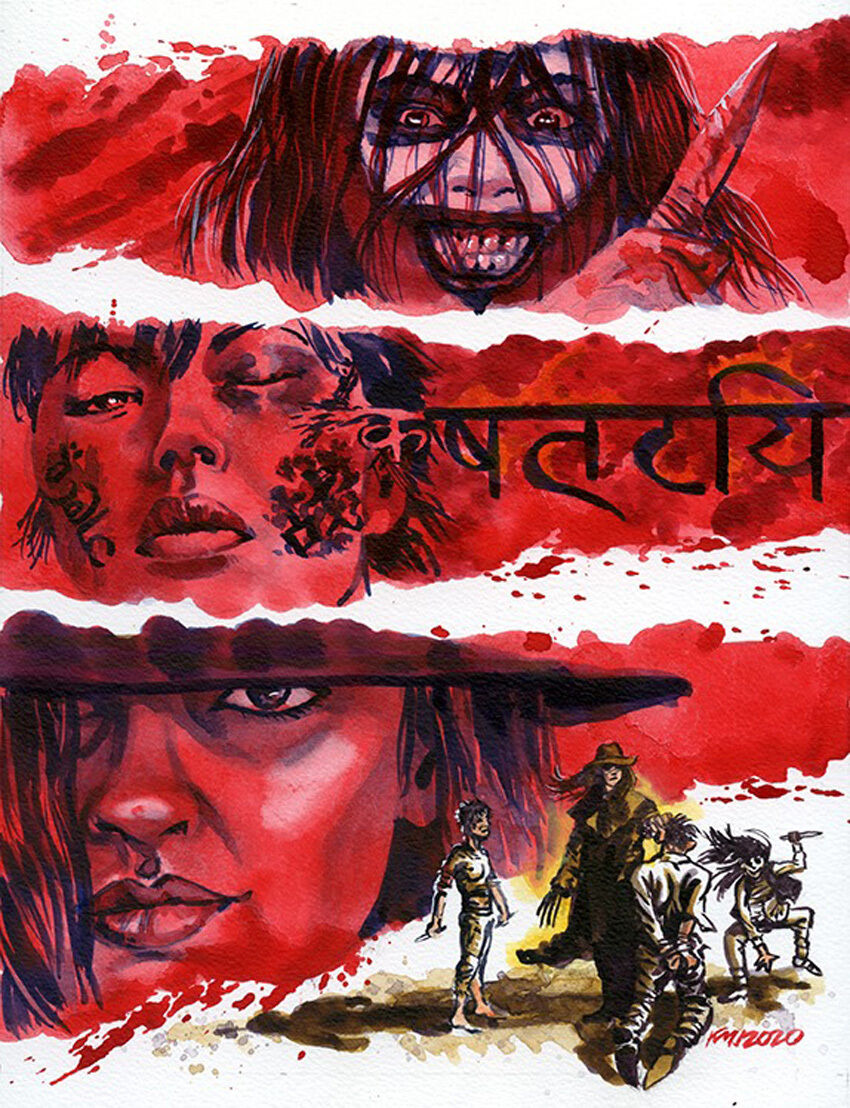 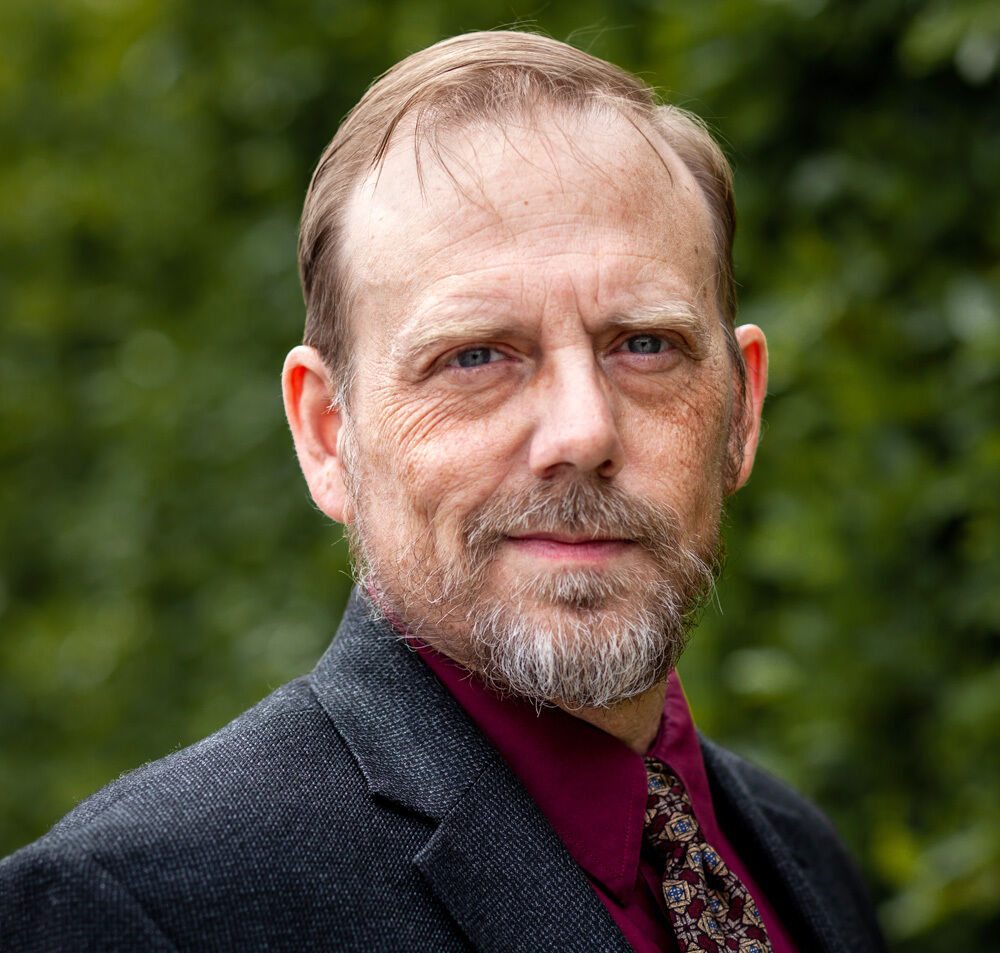 Robert Christopher Smith is an Elizabethtown native who moved to Los Angeles to pursue a film career. He has created a western radio drama produced during COVID-19 closures. Photo credit: David Ruano

David Ruano Robert Christopher Smith, a native of Elizabethtown, has started a western radio drama with creative friends during the COVID-19 lock down.

Robert Christopher Smith is an Elizabethtown native who moved to Los Angeles to pursue a film career. He has created a western radio drama produced during COVID-19 closures. Photo credit: David Ruano

Robert Christopher Smith grew up in Elizabethtown, but Hollywood dreams called him away. During COVID-19, he’s channeled his energy into an older media — radio drama.

In 1977, he moved from Louisville to Elizabethtown with his family, Bob and Polly Smith and sisters Tracy Smith-Jevning and Becky Pinkham. He graduated from Eliza­beth­town High School in 1987 and then attended the University of Kentucky for a degree in English and creative writing, later getting a masters in education.

His in movies began early on.

“My first movies, which were beyond awful on every level, were shot in Elizabethtown as I would lug around my parents huge VHS camera with friends like George Bauer and John Metzner from my class,” he said.

“Moving out here was something that had been on my mind for a long time quite honestly,” he said.

He wrote his first story when he was 7. It was called “Civil War Soldiers Versus the Giant Tarantula.” Since that time he never stopped writing.

Smith now has ventured into radio dramas. He dedicated the story to his father who loved the art form.

“When he saw my intense level of interest in comics and hero stories, he introduced me to the Lone Ranger, first the old black and white TV shows and then later we got some of the old radio shows on cassette tapes,” Smith said. “Similarly, it was his strong love of western movies that exposed me to ‘The Outlaw Josey Wales’ at probably too young of an age.”

It was that Clint Eastwood classic that created his love of westerns, especially the gritty Spa­ghetti Westerns like “The Good, the Bad and the Ugly.”

It was “The Outlaw Josey Wales” that first made him think he one day wanted to make movies.

“No matter what else my dad and I may have agreed or disagreed on throughout our lives, our love of westerns remains a uniting force,” he said.

In each of those westerns, he said there’s a scene where Eastwood’s character is revealed to the audience through a certain technique.

“By showing the top of his hat and the brim and he slowly looks up and his blue eyes are finally seen smoldering at his enemy,” he said. “One day it occurred to me how utterly cool it would be to have a similar scene, but when the reveal happens that the audience would see the smoldering eyes of a fierce female staring back instead of the expected East­wood-type.”

This is where the idea for the radio drama first started. It began to develop when he drove back and forth from L.A. to Malibu over a few months working on a project.

“Every day I would ride through those canyons and just imagine this vigilante cowgirl war­rior riding along through there and the broad strokes of the story just began to take shape very easily,” he said.

In 2017, he began writing the screenplay with Amanda Fry, a former El Paso, Texas, police officer, hoping to make it into a feature film. There was a lot of interest and people helping them put it together. But all that recently has come to a complete halt.

“The story of this particular version is a nice tale of its own and is related to the whole COVID-19 pandemic and the order to stay at home in Los Angeles and across the country,” he said.

Along with friend and collaborator David Ruano, Smith did table reads of different TV shows and movies to keep themselves entertained during lockdown and to keep their dramatic skills sharp.

“We were very pleasantly surprised as several friends demanded that they be given roles and allowed to join us on our next broadcast, so we gladly acquiesced,” he said. “Even more pleasantly surprising was discovering that we also had been entertaining an audience outside of our own little group of players.”

They began Cabin Fever Radio, and can be found online at CabinFeverRadio.com.

As the audience grew, Smith decided to give them original material. He began working on “Vengeance Turns.” Much of it already was in the rewrite process, so he dived back into compete the revision but as a radio drama.

He got a group together to read a chapter aloud via zoom for four consecutive weeks.

“Each actor would send their audio files to me and then I have spent about a month editing them, adding sound effects and we even hired a composer to provide an original soundtrack,” he said.

He called the story a “revenge western” like the spaghetti westerns he watched as a kid.

“It tells the tale of Rebecca Falcon, who loses everything including her husband, Michael, and their children, Emma and Edward. She is left for dead, broken, bloody and scalped yet miraculously survives, if just barely. She is discovered by the son of the villain who perpetrated this violence and taken to a lost tribe of natives who heal and train her,” he said.

“Her thirst for bloody vengeance turns her into a murderous vigilante, a completely different person and going by a new name, Mia,” he said.

Everyone involved in the pro­ject are actors and creators from Los Angeles and around the country via Zoom during COVID-19.They’ve been able to provide the entertainment free to all those stuck inside, he said.

“It has been fun to not only entertain our audience but also be able to interact with them during and after our performances,” he said. “Any money we do make from the produced version of the show or the related merchandise will go to the actors who are very nervous about their future income at this point as well as charities that focus on helping during this crisis.”

Because the story features a lot of violence, a portion of the proceeds will go to charities that protect women and children who are victims of violence, he said.

More information about “Vengeance Turns Radio Show and Podcast” can be found on Cabin Fever Radio’s pages on Facebook and Instagram.