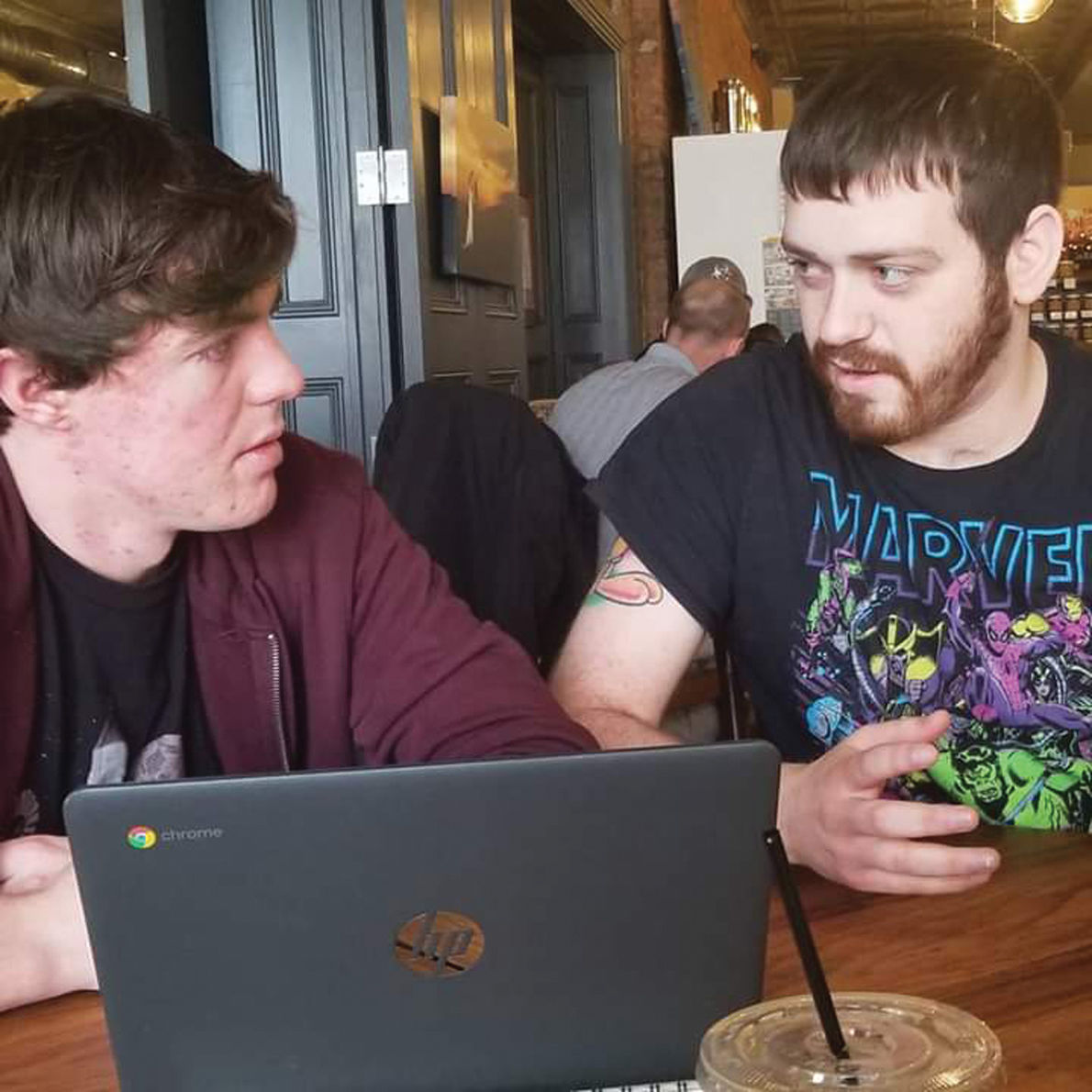 Director Chris Gatrost, right, and the Director of Photography Luke Heibert working on the script of the short film “War Cry” at Vibe in Elizabethtown. 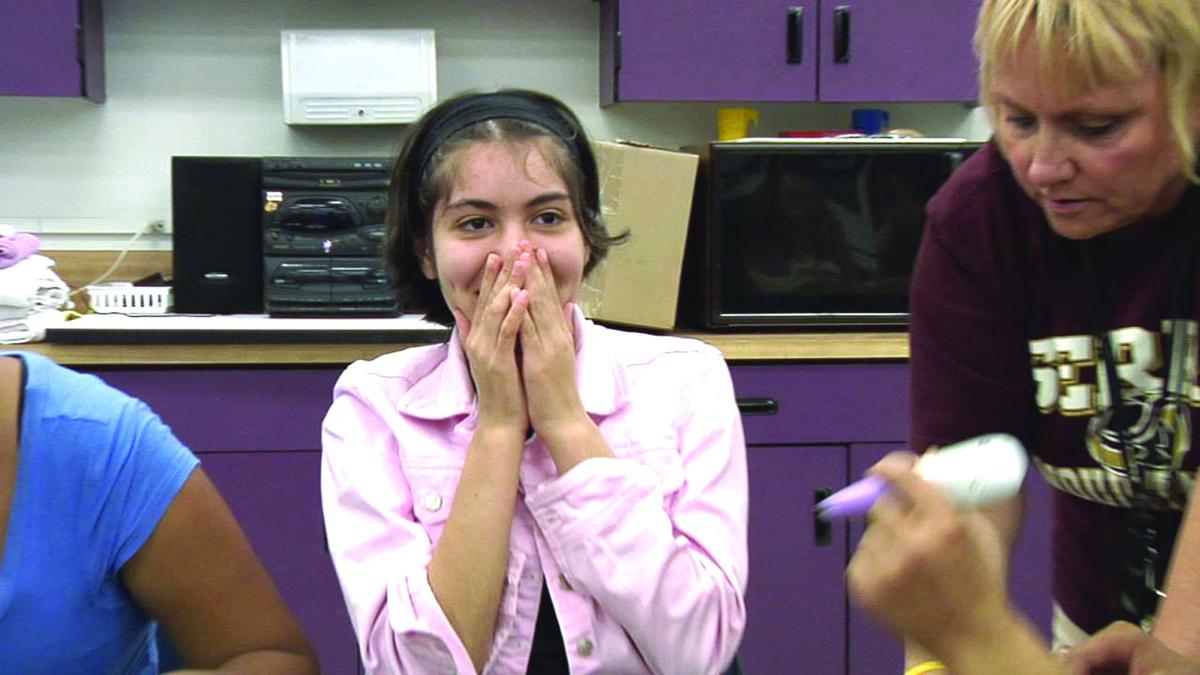 Savannah, a young girl with epilepsy featured in Tiffany Webb’s documentary “Voice of the Epilepsies.” 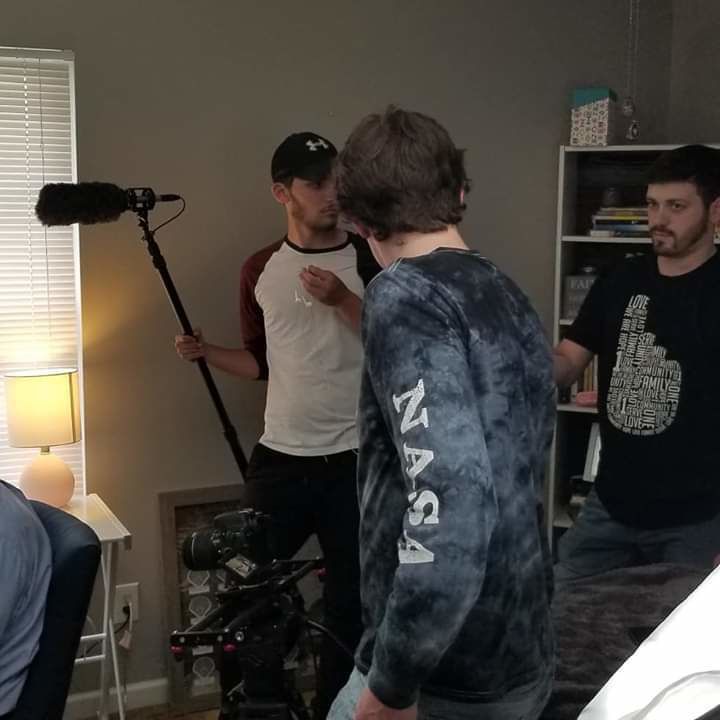 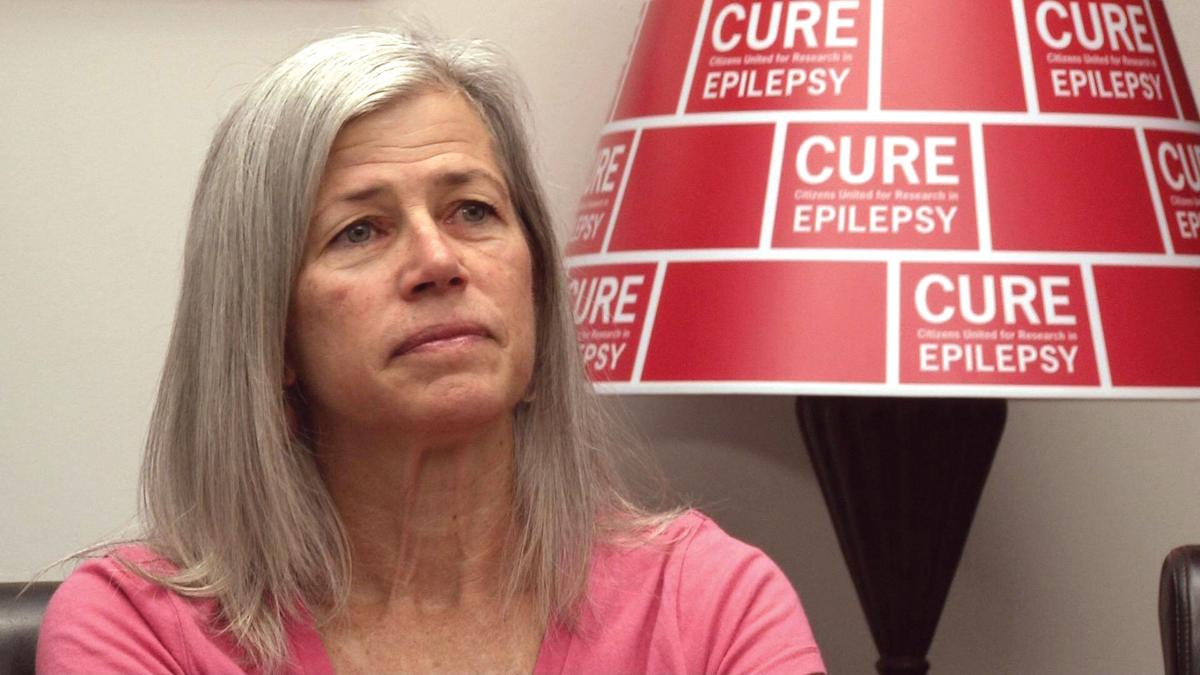 An interview with Susan Axelrod, the founder of CURE and wife of David Axelrod, chief of staff for the Obama administration, for the documentary film “Voice of the Epilepsies.” 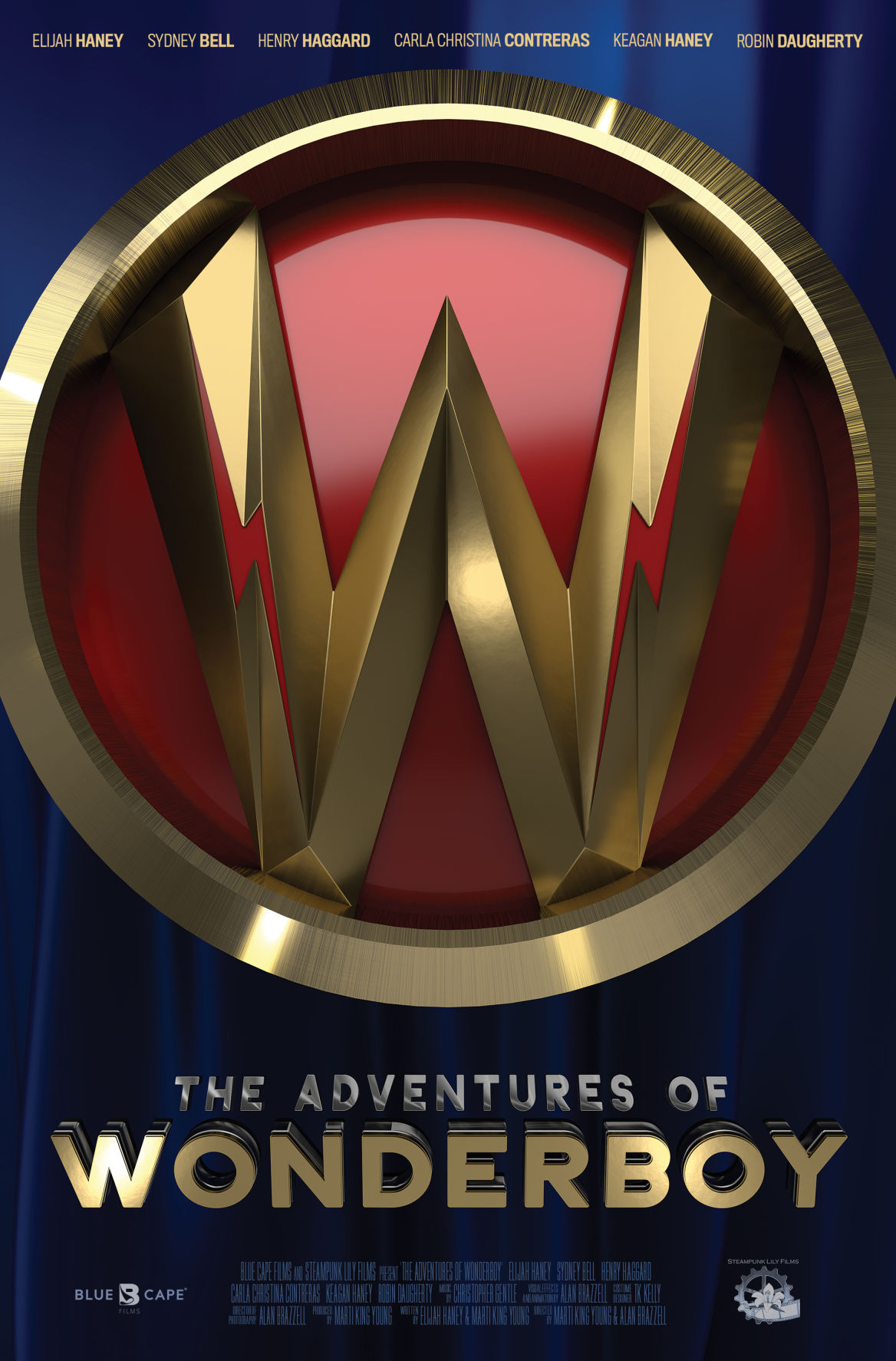 A poster for “The Adventures of Wonderboy,” a film featured in the E-Town Film Festival. Submitted 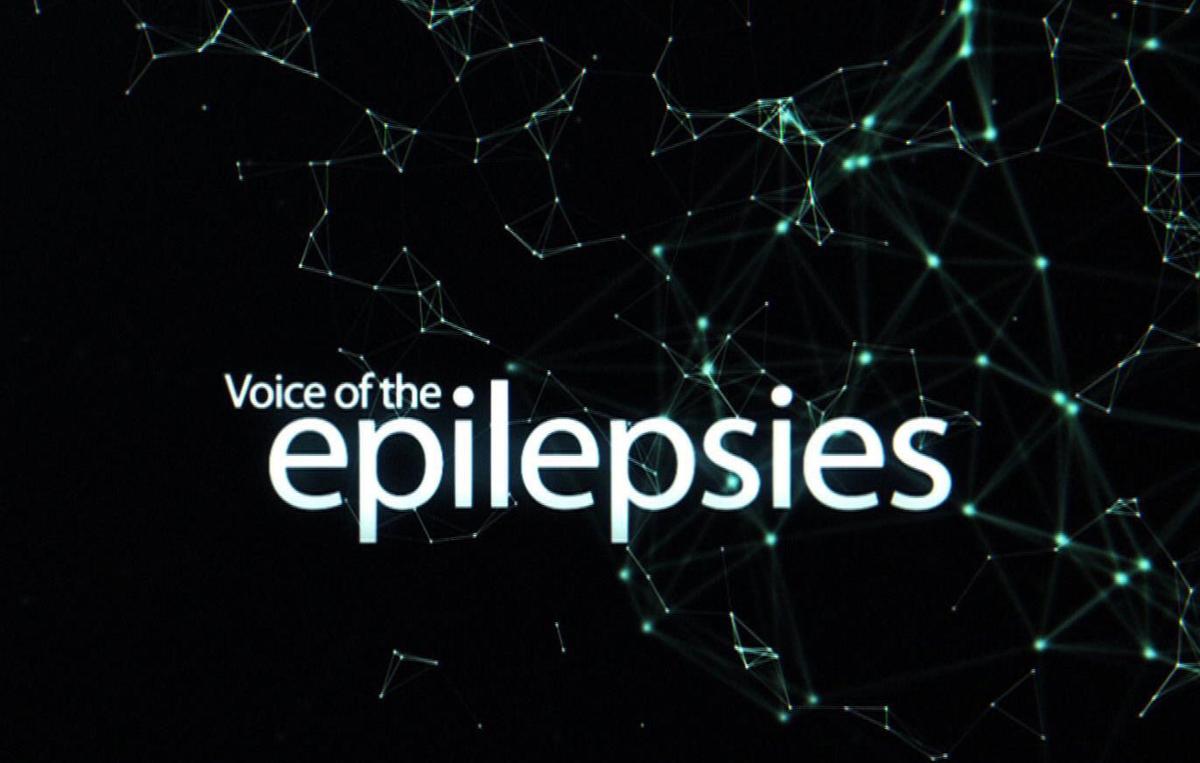 Title treatment for the documentary film “Voice of the Epilepsies.”

Director Chris Gatrost, right, and the Director of Photography Luke Heibert working on the script of the short film “War Cry” at Vibe in Elizabethtown.

Savannah, a young girl with epilepsy featured in Tiffany Webb’s documentary “Voice of the Epilepsies.”

An interview with Susan Axelrod, the founder of CURE and wife of David Axelrod, chief of staff for the Obama administration, for the documentary film “Voice of the Epilepsies.”

A poster for “The Adventures of Wonderboy,” a film featured in the E-Town Film Festival. Submitted

Title treatment for the documentary film “Voice of the Epilepsies.”

Theater-goers will get a new movie experience in September thanks to the E-town Film Festival.

The festival is Sept. 13-15 at Crowne Pointe Theatre in Elizabethtown.

He said most films showcased are from Kentucky filmmakers but some also are from Georgia and North Carolina.

“The idea for the film festival came from a discussion with award-winning local filmmaker Chris Gatrost,” Roman said. “Our collaboration found a very strong interest for doing the film festival.”

“As far as what it means to have this local film festival speaks wonders about the truth behind following a passion,” said Gatrost, of Elizabethtown. “Growing up in a small town I was always told the only way I could follow this dream was to move to the big city, places like Hollywood, Chicago and Atlanta.”

He allowed comments such as this to be his inner voice when he was a young writer and he stopped writing for a while.

“Only recently have I began to pursue what I feel called to do and having doors like this film festival not just open but burst off the hinges has shown me, and other filmmakers, that we don’t have to leave home to pursue our passions,” he said. “We don’t have to uproot ourselves to have our work seen and I cannot wait to see how this takes off and to celebrate the other filmmakers in our area.”

That speaks to the goal of the festival.

“The goal is to encourage and support new filmmakers in the hopes they become the established filmmakers of tomorrow,” Roman said. “We want to help filmmakers and give our movie-goers the opportunity to see the work of new filmmakers.”

“We hope this becomes an annual and prestigious event,” Roman said.

For local filmmakers, Roman said, this festival gives them the opportunity to watch their film on the big screen with an audience.

“Film festivals like this are a necessary platform to showcase new talent and attract new audiences for their work, not to mention, the added benefit of promoting tourism and boosting the local economy when attendees visit from other communities,” said Tiffany Webb, a participant from Lexington.

Hollywood director Jim Abrahams, of “Airplane!” and “Naked Gun” fame, was an executive producer for her documentary called “Voice of the Epilepsies.”

“It’s aired on PBS and follows the story of a young girl with a severe form of epilepsy,” Webb said. “Her mother was a stay-at-home mom and became an epilepsy researcher, hoping to cure her sweet Savannah.”

She made the film to raise awareness for epilepsy, which she called a complex condition. The story of the family she followed in the film was “amazing,” she said.

“Her mother actually discovered a genetic mutation on her DNA sequence after the movie was done, that helped her treat Savannah’s seizures better,” she said.

Ben Bedell, of Vine Grove, also has a film in the festival. Bedell said he’s always considered Eliza­bethtown as a “magnificent” location for a film festival.

“As a local indie filmmaker, I’m proud to have my short film ’Happy New Year’ included,” he said. “The festival showcases fiwlms shot in Kentucky and is an opportunity for filmmakers to share their craft and exhibit beautiful landscapes of this great state.”

He said it also allows the community to meet with filmmakers so they can share their knowledge of film making.

“I know this is just the beginning and I look forward to seeing the Elizabethtown film festival grow,” Bedell said.

Tickets are $5 for each day of shows.

All films are shown each night of the festival

“The Adventures of Wonderboy”

“Hiding from the Rain”

“Were In This Together”

A Cut to the Chase Productions LLC

“Beasts of the Fields”

“One Voice, One Mic”

“Voice of the Epilepsies”