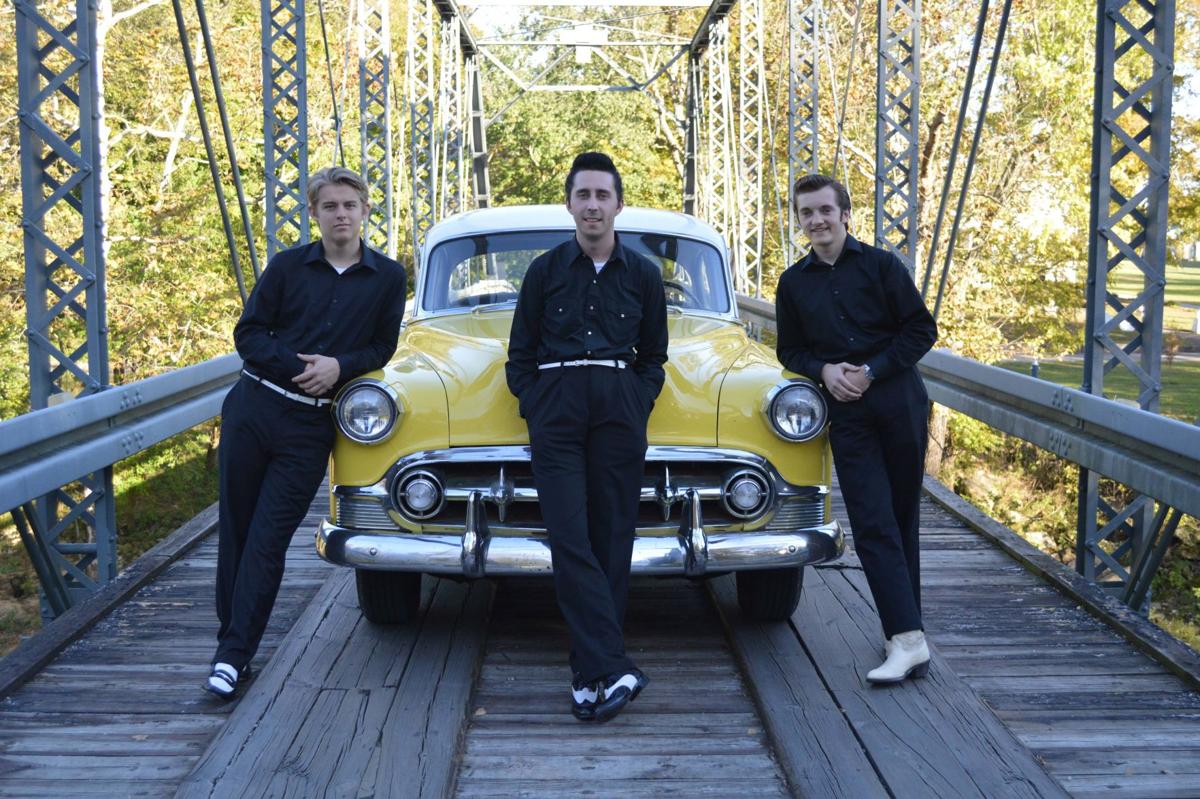 Local rockabilly and traditional country band, The Sun Boys, are made up of from left, Austin Reynolds, Josh McMillen and Wyatt Miller. The band is named after Sun Records, a Memphis, Tennessee, label that has housed artists such as Johnny Cash, Elvis Presley and Jerry Lee Lewis. 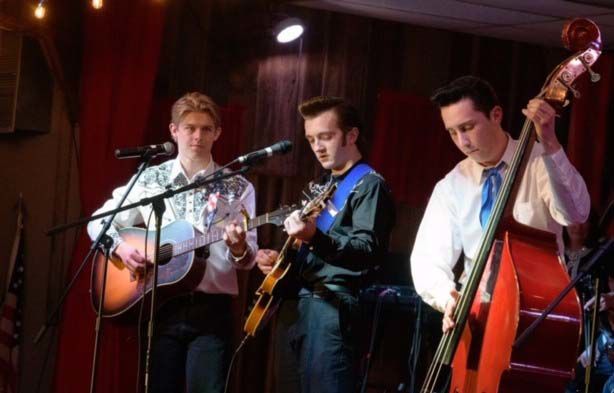 Local rockabilly and traditional country band, The Sun Boys, are made up of from left, Austin Reynolds, Josh McMillen and Wyatt Miller. The band is named after Sun Records, a Memphis, Tennessee, label that has housed artists such as Johnny Cash, Elvis Presley and Jerry Lee Lewis.

In Memphis, Tennessee, in the 1950s, artists such as Johnny Cash, Elvis Presley and Jerry Lee Lewis were recording some of their most famous songs at producer Sam Phil­lips’ Sun Studio. Today, three young musicians are keeping the Sun Records sound alive locally through their renditions of some of these classic recordings.

Fittingly, the group is called The Sun Boys. The trio formed last summer and consists of Joshua McMillen, 23, of Elizabethtown, Wyatt Miller, 18, of White Mills and Austin Reynolds, 19, of Mount Washington.

McMillen said the group formed over a shared love of early rock, country and rockabilly music.

“I myself as well as each of the guys have said that the reason we started playing guitar was because we wanted to be like Johnny Cash,” he said. “It’s one of the things we all had in common from the start and we bonded over that.”

Miller, who has sang at White Mills Christian Church for nearly his entire life and learned guitar from local instructor Terry Strange, said he initially became acquainted with his bandmates at the Shepherdsville Country Music Show. McMillen and Reynolds had known each other for a few years before this as a result of each of them performing on the regional jamboree circuit.

“From there I hit it off with them and we all decided to start playing music together,” Miller said.

A typical Sun Boys performance might contain covers of Sun Records artists such as Johnny Cash and Elvis Presley, along with country artists of the era such as Hank Williams, Ernest Tubb, Merle Travis and others. Reynolds said though the group mostly covers songs from before 1970, they also perform a few contemporary songs in their three-piece style.

The Sun Boys also pay homage to the 1950s through their stage presence. During their performances, members often sport vintage western shirts and ties along with quiff-style haircuts.

Outfits are sourced from thrift stores, Western stores, eBay and even Walmart. McMillen said he often scopes out thrift stores and antique stores for vintage clothing.

“I’m a huge fan of the 1940s and 1950s, not only the music but the culture and fashions as well and it usually shows in my attire on and off stage,” McMillen said. “As a group we decided we wanted such fashions to reflect on stage to add to the authenticity of our music.”

During a performance from The Sun Boys, you’ll see two guitars and an upright bass on stage. All three instruments are swapped by the members throughout the course of a performance and all three members share vocal duties.

“No one person plays the same instrument throughout the entirety of the show,” McMillen said. “We call it being versatile.”

Upcoming concerts for The Sun Boys include a July 3 performance at the Thunder Over the Pond event at North Long Grove in Cecilia; a July 5 performance at White Mills Days; an appearance July 26 during the Glen Rice Show at the Hardin County School Performing Arts Center in Elizabethtown and a Sept. 14 performance at the Lincoln Jamboree Anniversary Show in Hodgenville.

“I am looking forward to being able to pick and sing with the two of them and do our best to entertain folks who are kind enough to listen,” he said.