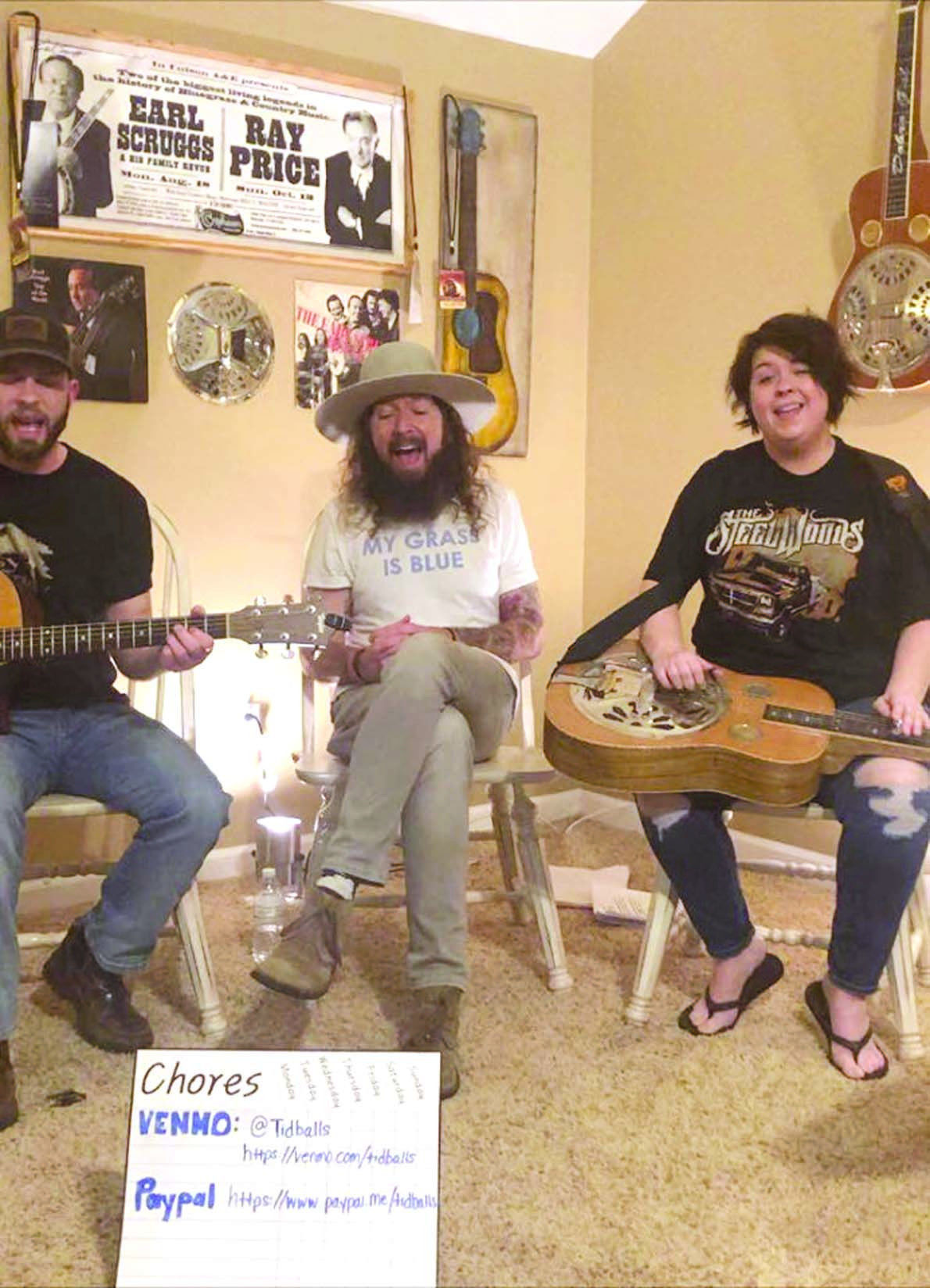 Van Winkle and the Spirits perform a live-streamed concert for fans and to support a venue that’s currently closed because of COVID-19 precautions. 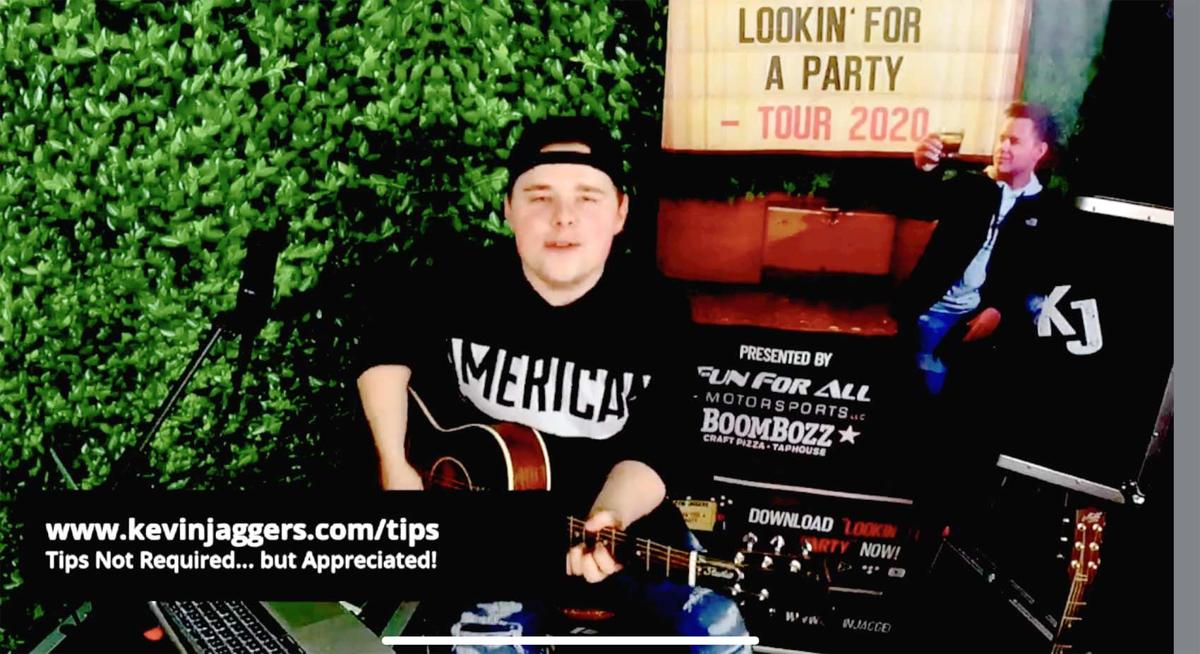 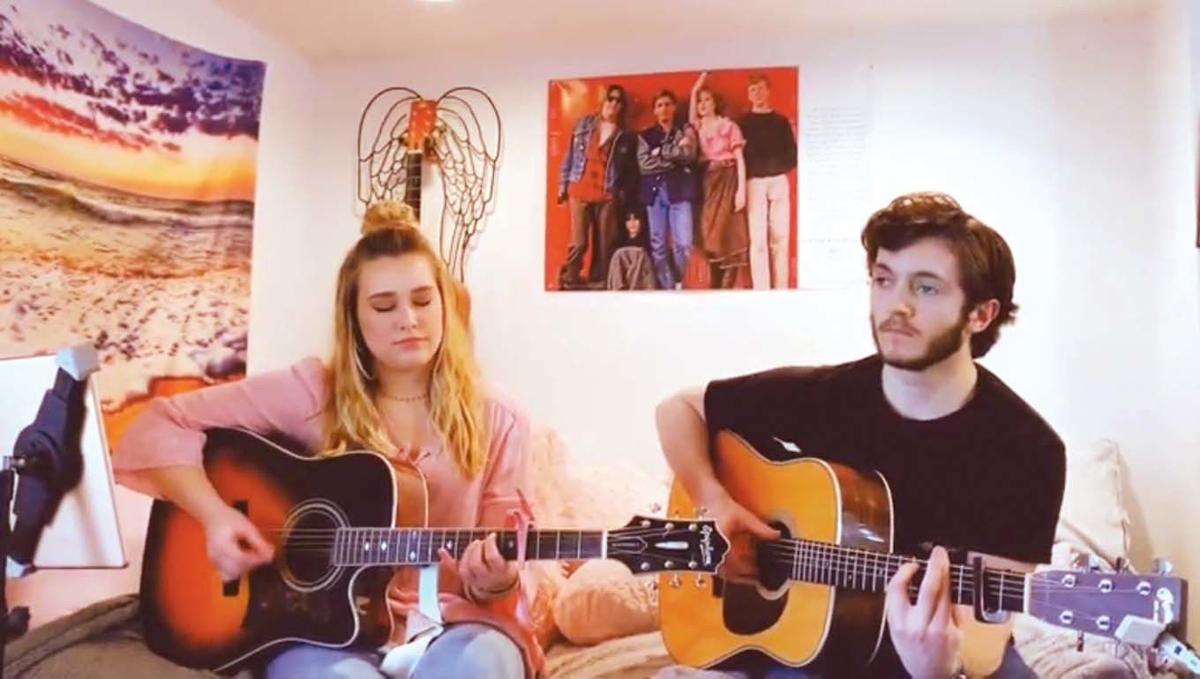 Van Winkle and the Spirits perform a live-streamed concert for fans and to support a venue that’s currently closed because of COVID-19 precautions.

If you are a local musician offering live-stream concerts during this time, find this story on The News-Enterprise page on Facebook and comment with when and where readers can find your music.

With bars and other venues closed for COVID-19 precautions, local bands and musicians have had to find other ways to get their music to listeners.

In an age of technology, performances can take place online and area musicians have taken advantage of this opportunity when they can’t perform live.

Van Winkle and the Spirits have had to cancel two shows so far, band member Jonathan Tomes said.

“It’s made me realize how much I miss playing for people live,” he said.

Tomes said music has healing properties and lifts people when they are down.

“Since there’s not a lot we can do right now for others, we can do our part,” he said.

“And we really didn’t have anything going on,” he joked.

To support musicians during this time he said it’s important to tune into their shows and to share them on social media.

“Our Van Winkle and the quarantine session was so much fun,” Tomes said.

They hope to do a second one Fri­day night that can be found on their Facebook page.

Local musician Kevin Jaggers has had 15 shows canceled or rescheduled, if things remain closed into May that number could go up to 35, he said.

“It has affected me tremendously,” he said. “We don’t make a lot from streams or plays of our recorded music and what we do make is delayed several months, so currently my income is on pause.”

He said he shares the same “scary feeling” that many who currently aren’t working feel. Which is why he thinks people need a break.

“This is one of the craziest things I’ve ever seen happen in our country and I’m a firm believer that music is healing,” he said. “Even if it just puts a little light in your day, we need that now more than ever.”

Jaggers thought about live-streaming for while but was hoping to have time to figure it out. Now, he said, he’s learning as he goes.

“It’s a great way to stay in touch with fans,” he said. “In a situation like we are in now when no one can get out, it’s crucial for me.”

While live shows and live streams are very different, there are similarities, he said.

“The way that we can kind of combine the best of both worlds for the people watching,” he said. “At a live show, for me, I run off the energy of the crowd, it gets your adrenaline going.”

On a live stream, his energy comes from the number of viewers and comments on the stream.

“But I think a lot of artists, like myself are learning more about this other world of streaming that none of us have really explored,” he said. “It’s a cool thing happening, but I love meeting people and talking to them, so it’s a different world for me.”

While Jaggers is not performing live he’s working on new music.

“I play around 200 shows a year, so I’m always on the road, until now, where I’m just at home,” he said. “So I think you’ll find a lot of great new music come out of this very unusual experience — a light in the dark tunnel we are in right now. “

To make money during this time, a lot of artists who earn their money playing live are using a virtual tip jar. On his, it gathers most every virtual payment method and the fan picks which one they want to use.

“Tips go a long way for us and tips I get are going straight to recording new music,” he said.

Tips are great, but it’s not the only way to help, he said.

“Money is tight for the majority of people right now so other great ways to help are to share my posts, give it a like, stream my songs and shoot me a message to tell me you’re still there,” he said.

His live streams can be found on Kevin Jaggers’ Facebook page.

“It affects me because I am not getting to express myself and share my music in the same way as I usually do,” she said. “It also puts strain on musicians financially as my regular income is gone.”

The experience, she said, has pushed people to alternative ways of connecting.

“Strong support makes a world of difference and the encouragement makes me want to work hard and keep pushing on,” she said.

To stay in contact with fans, she turned to live-streaming and performance videos posted to social media.

“I feel that as long as you are performing authentically you can give the same passionate live experience,” she said. “It isn’t recorded, or perfect, it is still just a musician and an audience, but through a different media.”

She’s reaching out most through YouTube, https://youtu.be/ElRNPvp­AiOc, and will be live at 8 tonight on social media outlets.