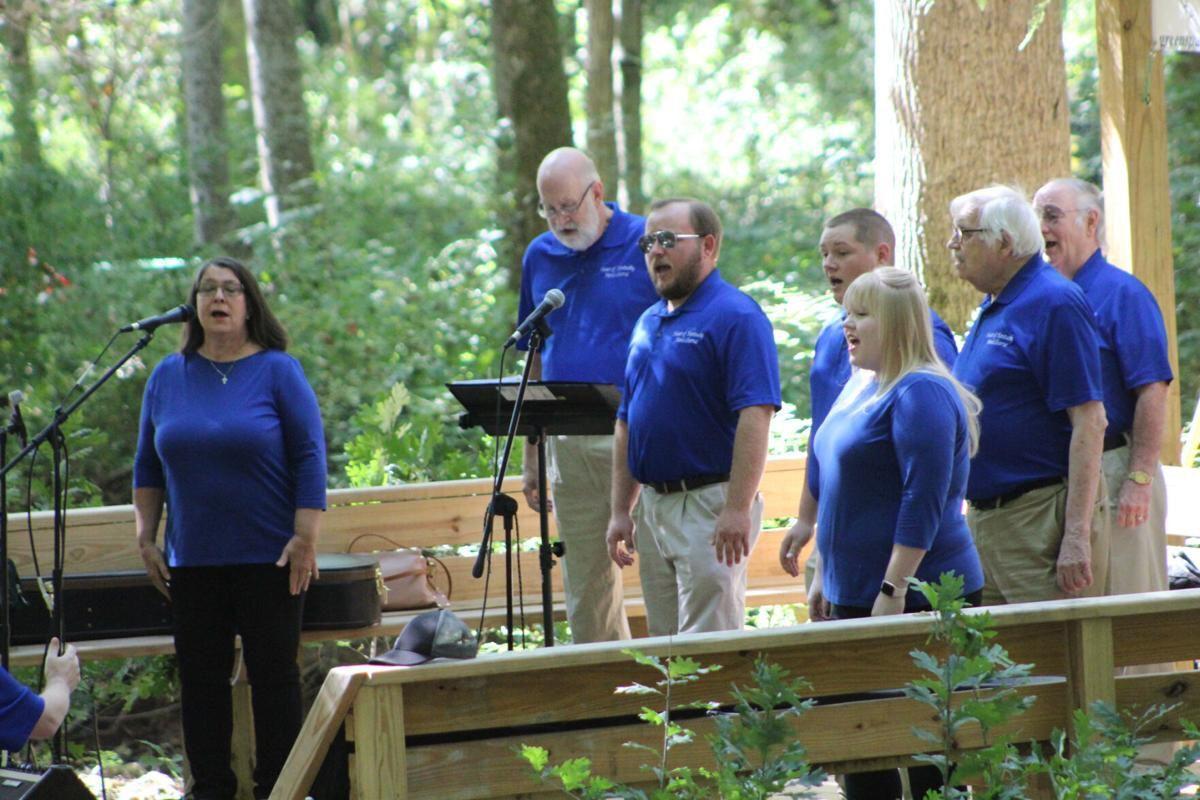 The Heart of Kentucky Men’s Chorus performs during the debut concert at the Emerald Cathedral Amphitheater in Elizabethtown in September. The acapella group are set to again perform at the venue Saturday for a show entitled “Back to Good Times.” 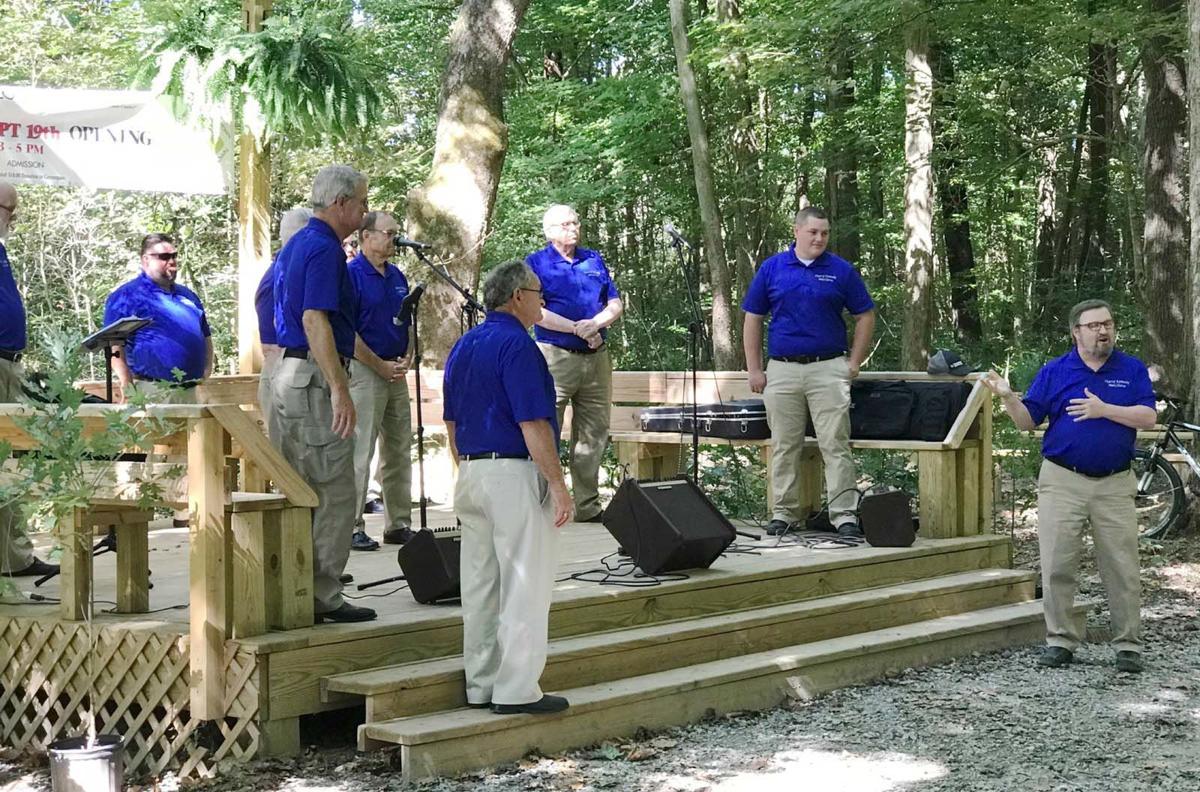 The Heart of Kentucky Men’s Chorus performs during the debut concert at the Emerald Cathedral Amphitheater in Elizabethtown in September. The acapella group are set to again perform at the venue Saturday for a show entitled “Back to Good Times.”

After being forced to cancel their spring show last year due to COVID-19, the Heart of Kentucky Men’s Chorus promises a return to “good times” as they present a concert Saturday evening at the Emerald Cathedral Amphitheater in Elizabethtown.

“We think it’s important for people to get out and get back to music and outdoor things and enjoying life,” chorus president Jim Lever said. “The Emerald Cathedral fits all those. It’s outdoors and it’s beautiful.”

Saturday’s performance is set for 7 p.m. Located along the Freeman Lake Trail, the Emerald Cathedral is a 500-seat outdoor concert venue nestled off the Pear Orchard Road trail head.

In correlation with the “Back to Good Times” theme, Saturday’s performance will include plenty of old favorites from the group’s repertoire. Lever said some of these selections will include acapella versions of “Wichita Lineman,” a song made famous by Glen Campbell and “Seven Bridges Road,” a song made famous by The Eagles. The traditional spiritual song “Ride the Chariot” also is a staple of the group’s setlist, Lever said.

The concert also will feature performances from other regional vocal groups, including The Revelators, 9-2-5 and the Kentucky Babes.

Saturday’s concert will be the first headlining show for the Heart of Kentucky Men’s Chorus since their annual Christmas show last December, which was livestreamed on Facebook Live from Tunnel Hill Baptist Church because of COVID-19.

“We managed to get it done even in the pandemic,” Lever said.

All proceeds from Saturday’s concert will go toward the Living Waters Guatemala Partnership, a local organization that works to provide clean water for residents in rural Guatemala.

Co-founded in 2005 by the Elizabethtown Rotary Club and First Presbyterian Church, Living Waters Guatemala works with Living Waters for the World, an organization that trains, equips and supports volunteers in their missions to provide clean water to those in need.

COVID-19 also had an effect on operations for Living Waters Guatemala, Swope said. He said the instillation of a clean water system that was planned for 2020 had to be canceled based on health safety concerns and travel restrictions.

However, the organization was able to help some communities in Guatemala in the aftermath of Hurricanes Eta and Iota last year. Swope said with the help of community partners, Living Waters Guatemala raised more than $17,000 to restore water systems lost as a result of the storms.

Swope said Living Waters Guatemala is monitoring COVID-19 infection and vaccination rates in Guatemala to assess when to again plan a humanitarian trip to the country. He said volunteers hope to visit Guatemala sometime early next year.

“We will only go when it’s safe not only for us, but for them,” Swope said.

Saturday’s concert is not a ticketed event but donations for the Living Waters Guatemala Partnership will be accepted. Proceeds from the on-site concession stand also will go toward the cause. According to Swope, baked goods prepared by members of the Elizabethtown Rotary Club and First Presbyterian Church will be available for sale and Dewster’s Homemade Ice Cream & Bakery will be set up at the event.

Lever said in addition to raising awareness and money for a good cause, Saturday’s event will be an opportunity for members of the community to simply have fun.

“I just want people to enjoy themselves and get back to good times,” Levers said.