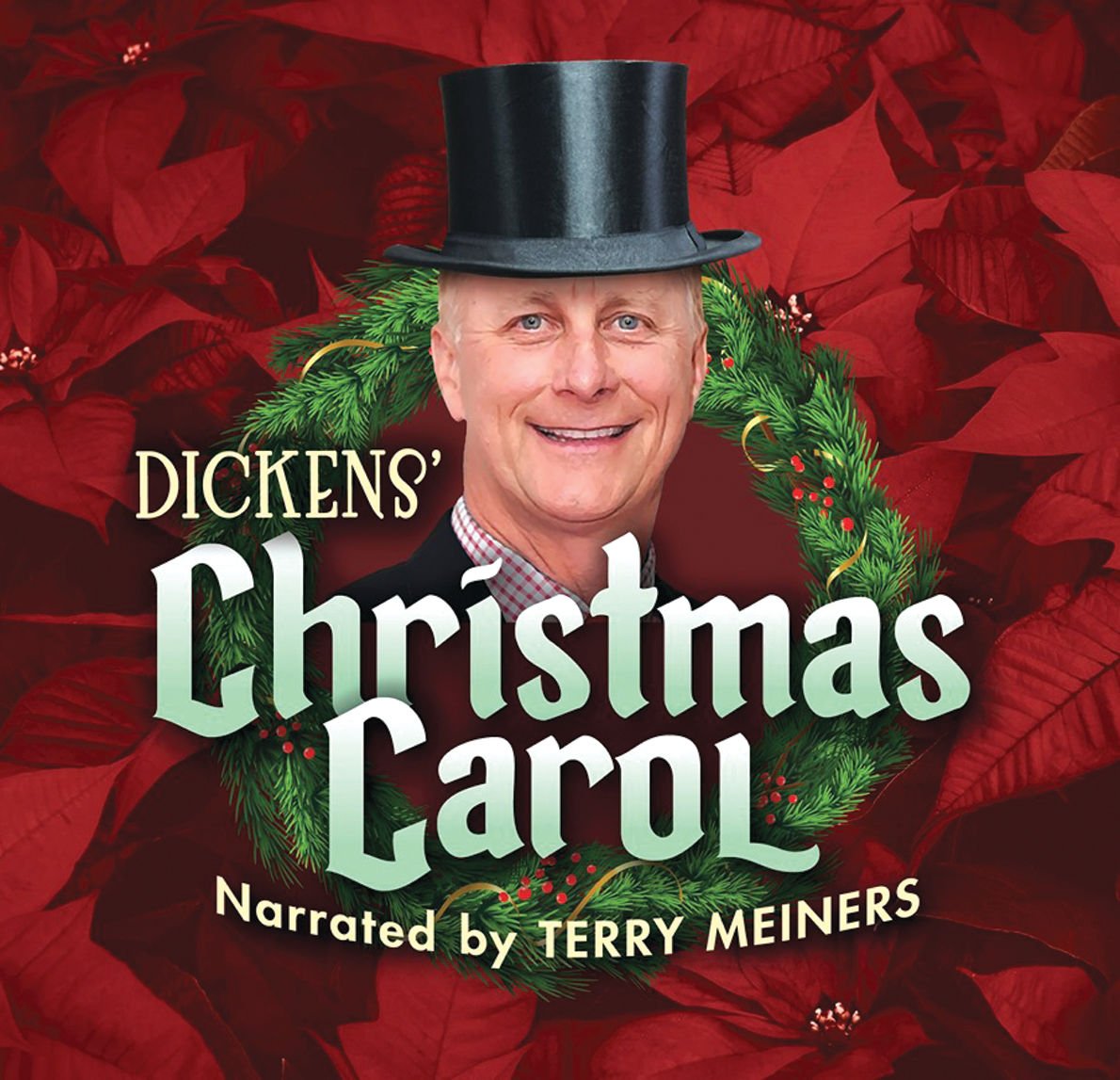 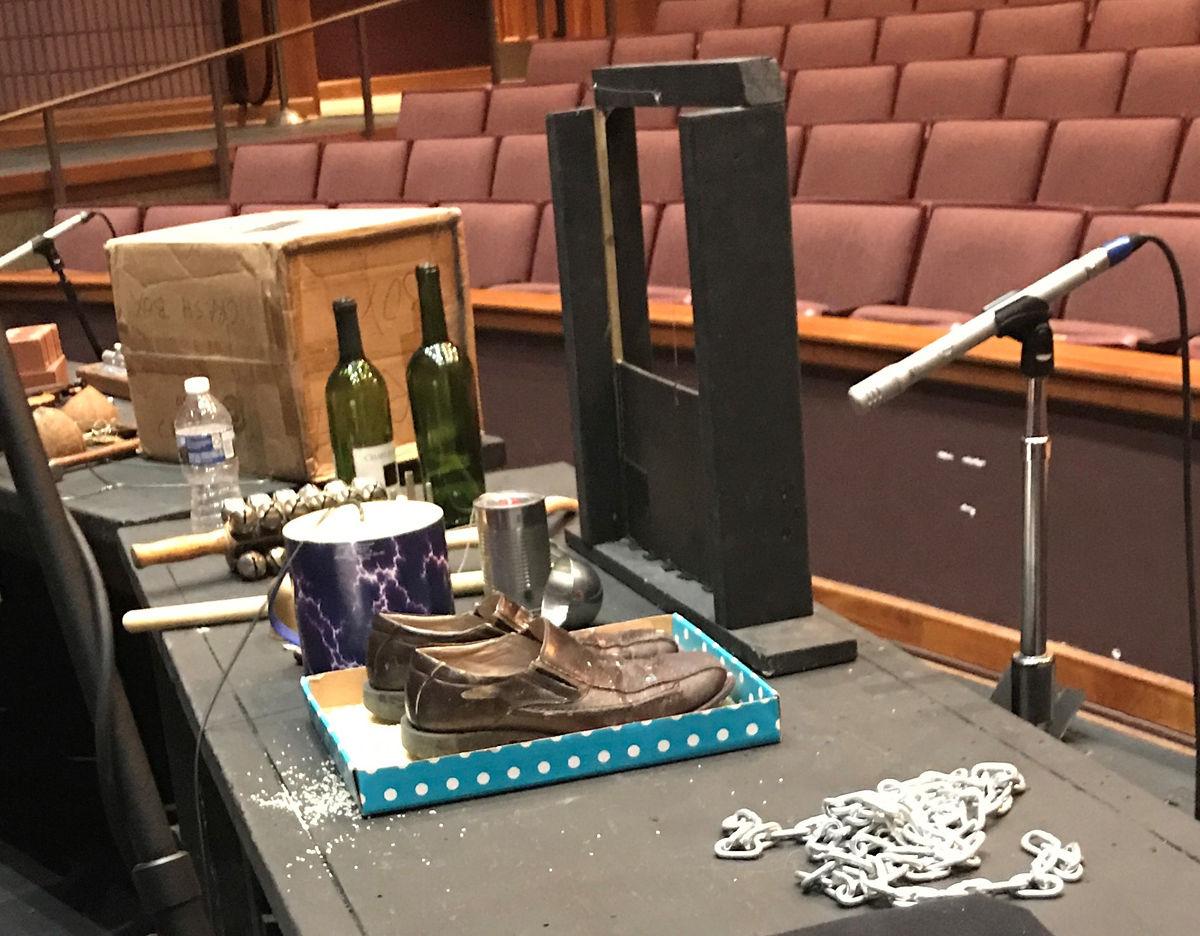 The production makes use of a sound effect booth used by four live performers. Audience participation also is emphasized. 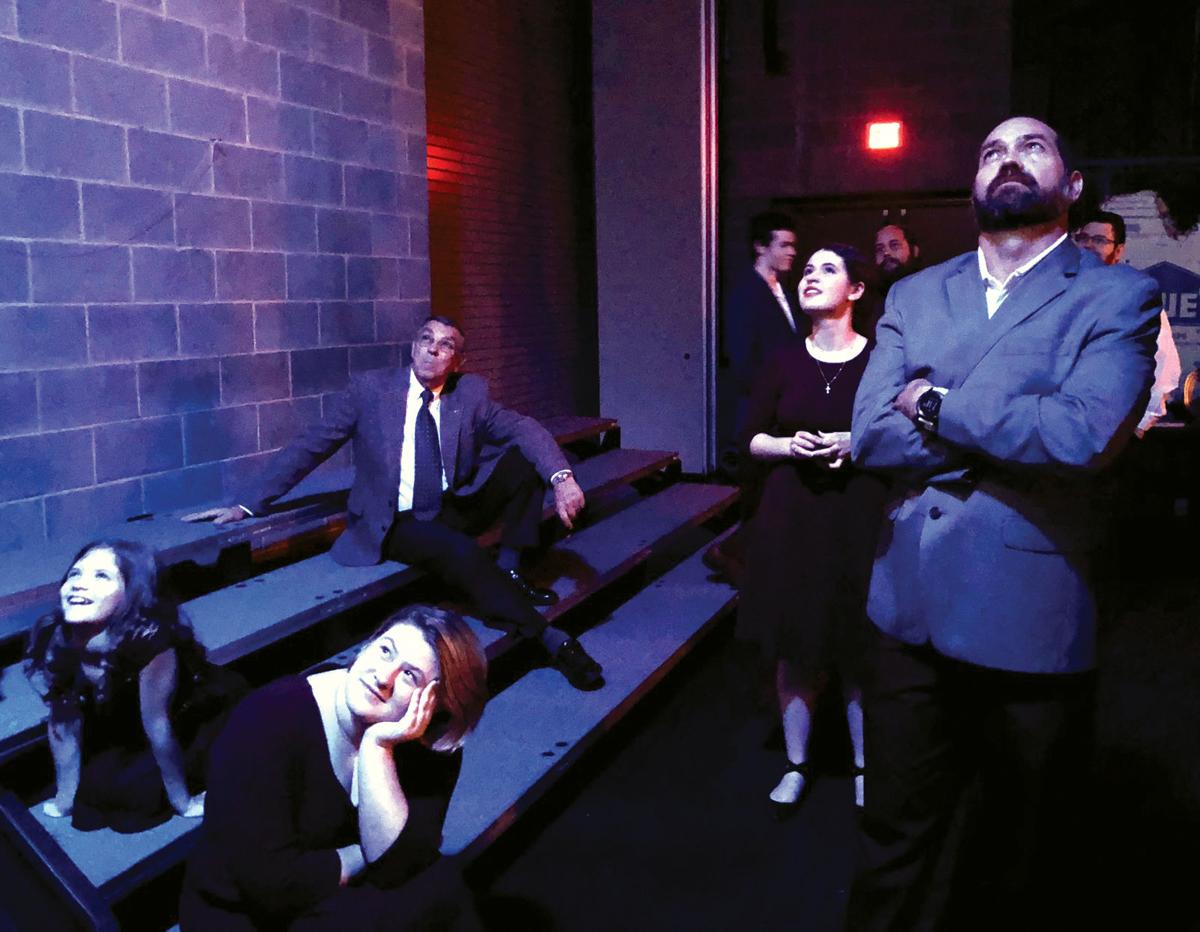 The production makes use of a sound effect booth used by four live performers. Audience participation also is emphasized.

The Hardin County Schools Performing Arts Center is continuing a holiday tradition started last year as Charles Dickens’ novella “A Christmas Carol” is brought to life once again to local audiences and airwaves. The PAC is presenting a radio drama production of the story at 2 p.m. Saturday and the show is being broadcast on radio station WQXE and on HCEC-TV.

Louisville-based television and radio personality Terry Meiners serves as narrator of the production. He is known for his work on programs such as WHAS’s “The Terry Meiners Show” and WHAS-TV’s “Great Day Live.” Last year’s production featured former WHAS broadcast journalist Barry Bernson.

Meiners said this is not his first time appearing in a radio drama version of “A Christmas Carol.” He played Bob Cratchit in a 1994 WHAS production of the story, which included contributions from syndicated radio personality Rush Limbaugh, who played a solicitor.

“I’ve already memorized my lines,” Meiners said of this weekend’s pro­duction. “Now if I can just remember to bring my memory banks to the performance.”

“We’re very excited to build on what we created last year and help it grow and remain fresh with all these fantastic new additions,” director Aaron Taylor said.

The show emphasizes audience participation, as crowd members are encouraged to contribute sound effects and add to the ambient noise of the show.

“Audiences are always crucial to theater, but even more so here, as they get to participate in the fun and become a part of something that’s truly in the Christmas spirit,” Taylor said.

Because it is a radio drama, the show heavily relies on live sound effects. A sound effect booth used by four live performers is featured in the show. Taylor said sounds ranging from the rattling of chains to the hustle of city streets will be replicated live through the booth.

Emily Kohler, who helped create sound effects in last year’s production, said she and fellow performers used everything from a pair of shoes to jingle bells to add atmosphere to last year’s show.

“Having live sound effects adds an energy that you wouldn’t get with canned sounds,” she said. “As with any kind of performance, it’s more exciting and electric when it’s live.”

Taylor said anyone who isn’t a “Scrooge” will enjoy the holiday spirit this production offers.

“This is a fun, family event that really kicks off the holiday season and gets everyone in the Christmas spirit,” he said.