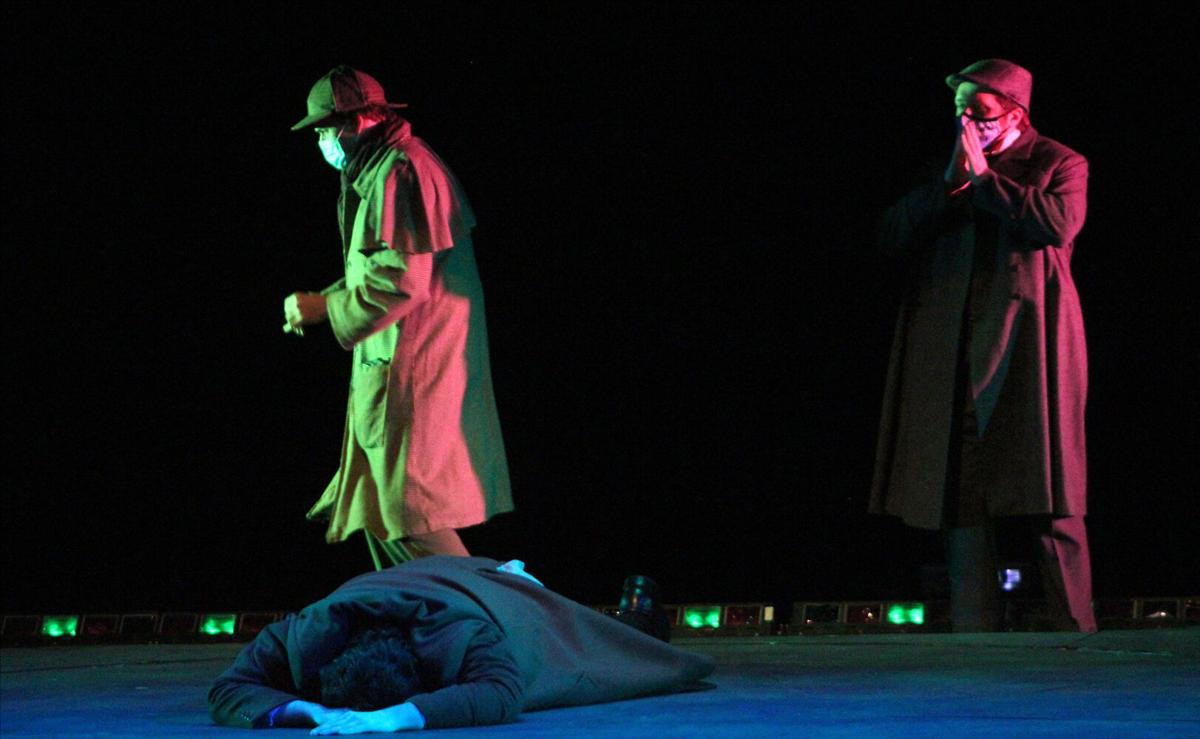 From left, Clay Smith, Blake Cox and Jared Eaton rehearse Sunday afternoon for the PAC’s ProAm production of “The Hound of the Baskervilles.” 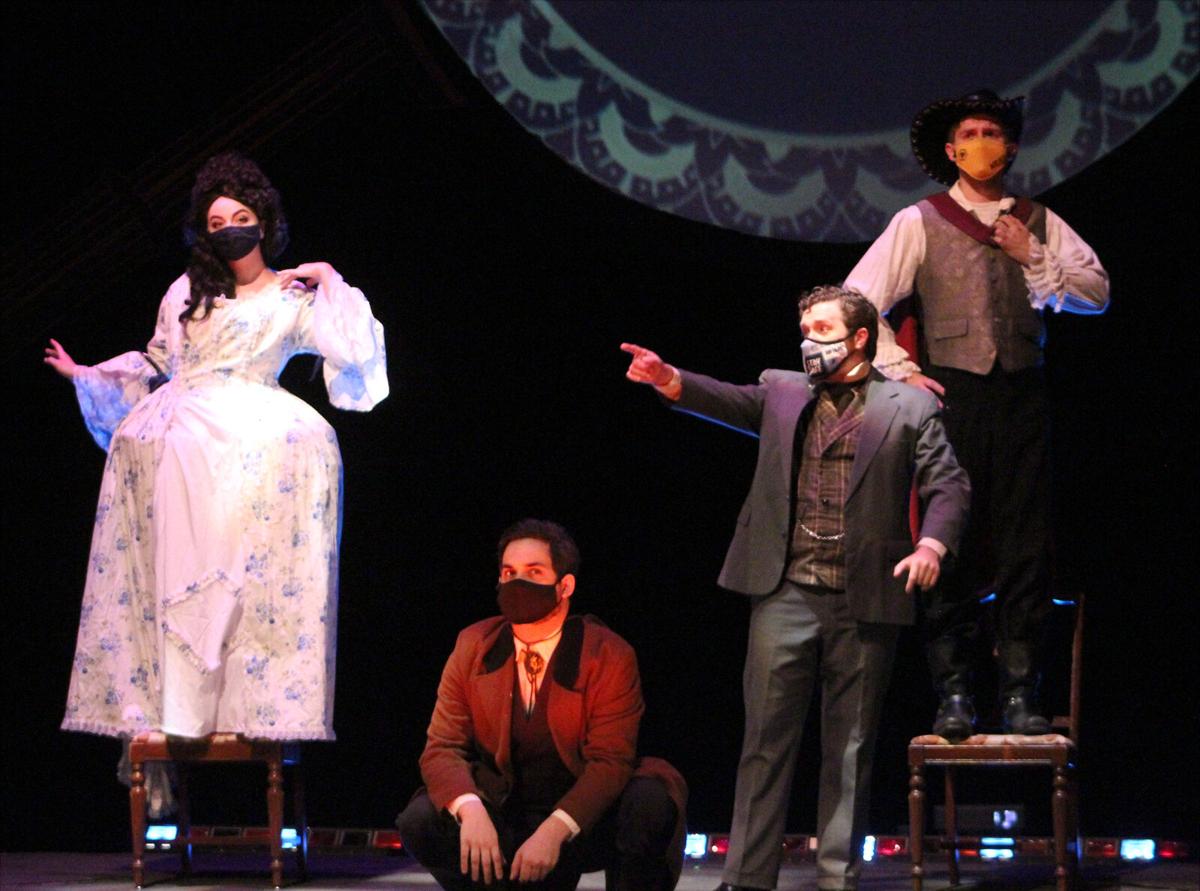 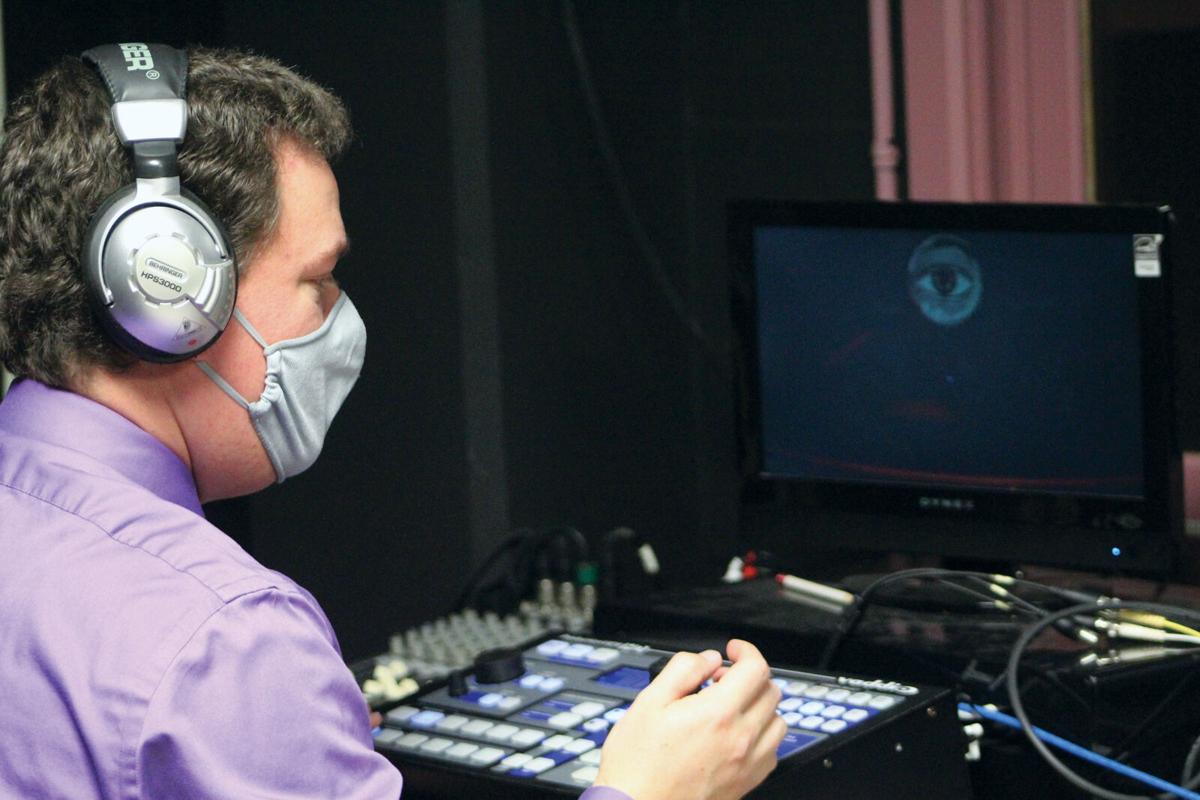 Justin Hornback works the video booth Sunday afternoon for the PAC’s ProAm production of “The Hound of the Baskervilles.” 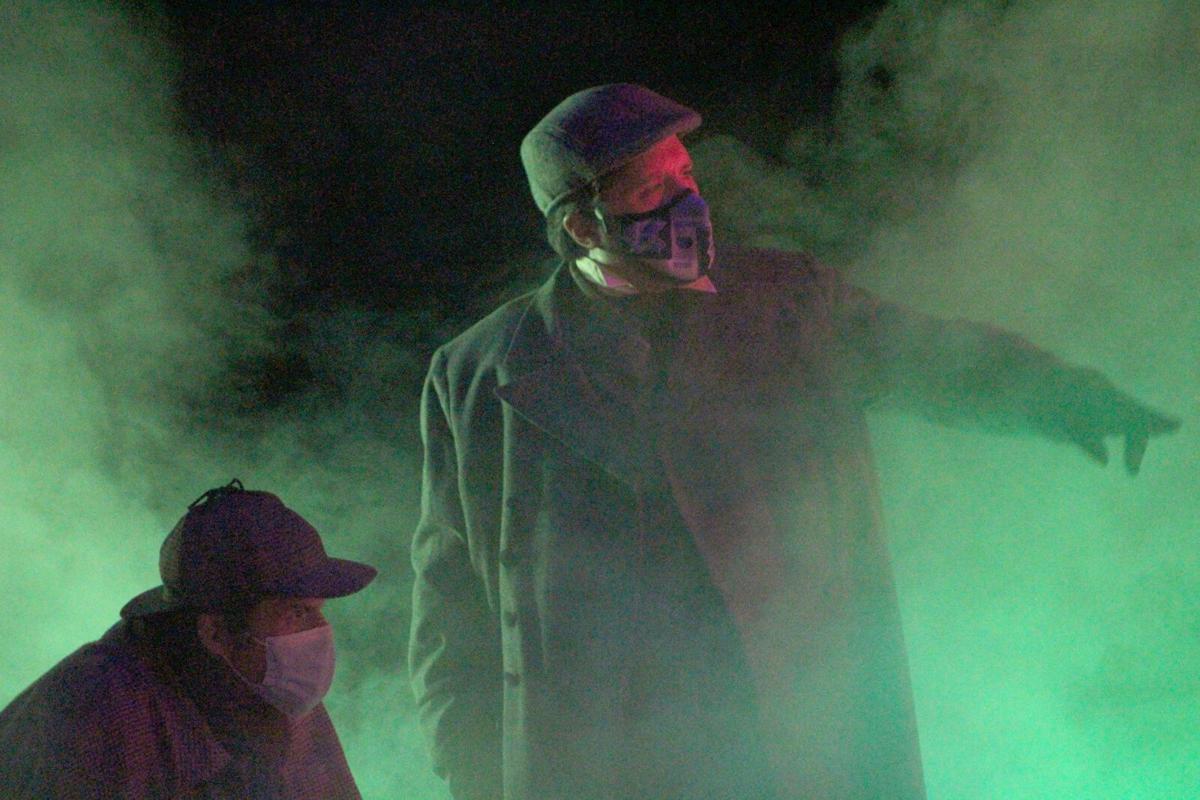 Clay Smith and Jared Eaton rehearse Sunday afternoon for the PAC’s ProAm production of “The Hound of the Baskervilles.”

From left, Clay Smith, Blake Cox and Jared Eaton rehearse Sunday afternoon for the PAC’s ProAm production of “The Hound of the Baskervilles.”

Justin Hornback works the video booth Sunday afternoon for the PAC’s ProAm production of “The Hound of the Baskervilles.”

Clay Smith and Jared Eaton rehearse Sunday afternoon for the PAC’s ProAm production of “The Hound of the Baskervilles.”

Next week, the Har­din County Schools Per­forming Arts Center will bring a classic Sherlock Holmes story to TVs, phones and computers throughout the community and beyond as the venue’s ProAm program presents “The Hound of the Baskervilles.”

The show will be presented by live-stream and an edited version of the show with unique camera angles and behind-the-scenes footage will be available on-demand.

The production is the third installment in a series of stage adaptations written by PAC director Bart Lovins based on the works of Sir Arthur Conan Doyle. The PAC previously staged “A Study In Scarlet” in 2019 and “The Sign of Four” in 2020.

Jared Eaton, who portrays Dr. John H. Watson in the production, said it has been a uniquely rewarding experience to continually revisit his character through the Sherlock Holmes stage adaptations.

“The character has grown and become more confident and it is a privilege to go on the journey with the character,” he said.

The “Hound of the Baskervilles” script was rewritten by Lovins last year to include story ele­ments and “Easter eggs” from the previous two Sherlock Holmes adap­tations staged by the PAC. The last book in the Sherlock series, “The Valley of Fear,” is set to be performed on the PAC stage next January.

In response to COVID-19, several health safety precautions have been put in place in preparation for the show. For example, the cast took part in virtual table readings throughout 2020.

“Sound delays and house pets blocking the screen from time to time made the experiences less than ideal, but it was certainly better than not having one at all,” Lovins said. “The table read allowed me to hear the words I had written aloud before casting, which is always very instructive.”

“Although we were hampered by wearing masks and refraining from physical contact, we actually got to use the stage more than we normally would since so many events had been canceled this fall,” Lovins said.

The cast will rehearse their first run of the show without masks tonight and will not wear masks during the performances. However, a mask requirement will still be in effect for crew members.

Lovins said though navigating COVID-19 guidelines while preparing for productions has been difficult, it has been good to once again engage with the community through the arts, even if the engagement is virtual. The PAC presented “It’s a Wonderful Life” and “The Nutcracker” late last year virtually.

“We do hope viewing it will help audiences gain some sense of normalcy once more,” he said.

Though the show makes use of a projector, sound effects, music, puppetry and lights, the show includes a fairly minimalist stage setup. Throughout the show, actors interact mostly with a rotating turntable stage and a collection of chairs.

Clay Smith, who portrays Sherlock Holmes in the production, said though the minimalist stage setup is a continuation of the previous Sherlock Holmes productions at the PAC, it has proven to be beneficial when rehearsing amid COVID-19.

“It’s a carry-over in concept but it works beau­tifully with COVID so we don’t have to worry about germs or passing props on to other people,” he said.

Eaton said because of the camera crew’s presence in this year’s production, proper stage blocking has been critical. He said actors have had to make sure they always are on their “marks” to ensure cameras can capture the best angles.

“This allows our talented crew to translate the work of the actors on stage into an excellent video for our audiences,” he said.

Live-streamed performances will take place at 7 p.m. Jan. 28 through 30. and at 3 p.m. Jan. 31. The show will be available on-demand from Feb. 22 through 28. Tickets for both the livestream and on-demand performances are $10, plus fees and will go on sale Jan. 25 on the PAC website. Performances also will be later broadcast on HCEC-TV.

“Live-streaming and on-demand options allow us to share our performances with patrons who can’t otherwise see our events and in ways we’d never dreamed of a year ago,” Lovins said.

Smith said it has been great to return to the PAC stage after the uncertainty of the past year.

“It’s great to be around my friends through­out this process and to be able to do some­thing artistically-fulfilling with them,” he said.