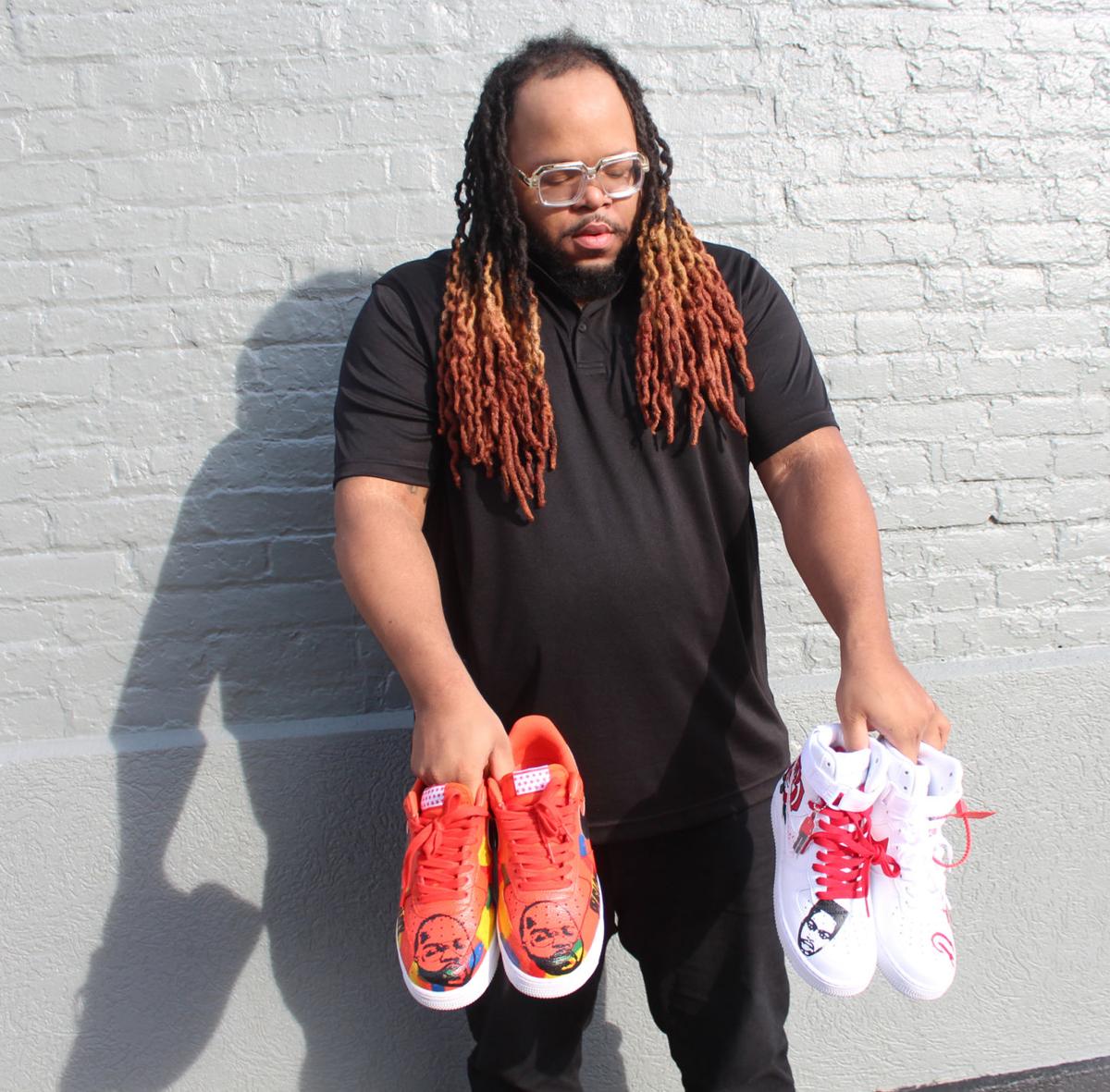 Joshua Spurlock of Radcliff is the founder of The Lock Experience, a custom sneaker painting business. 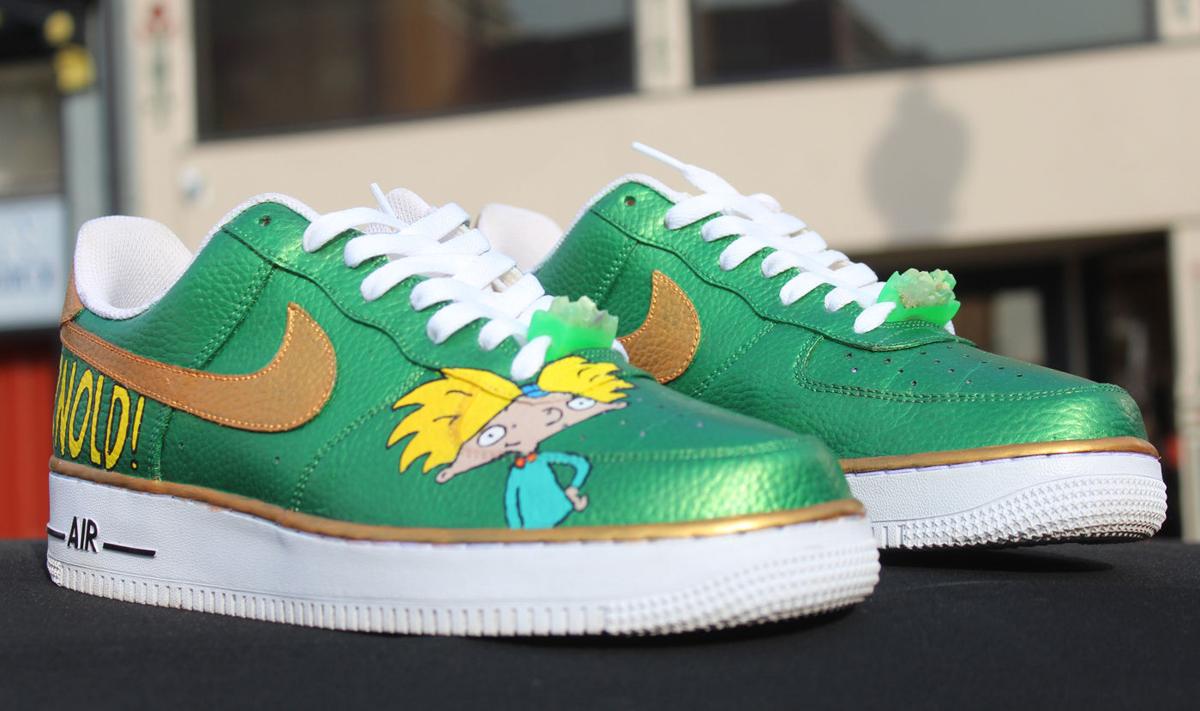 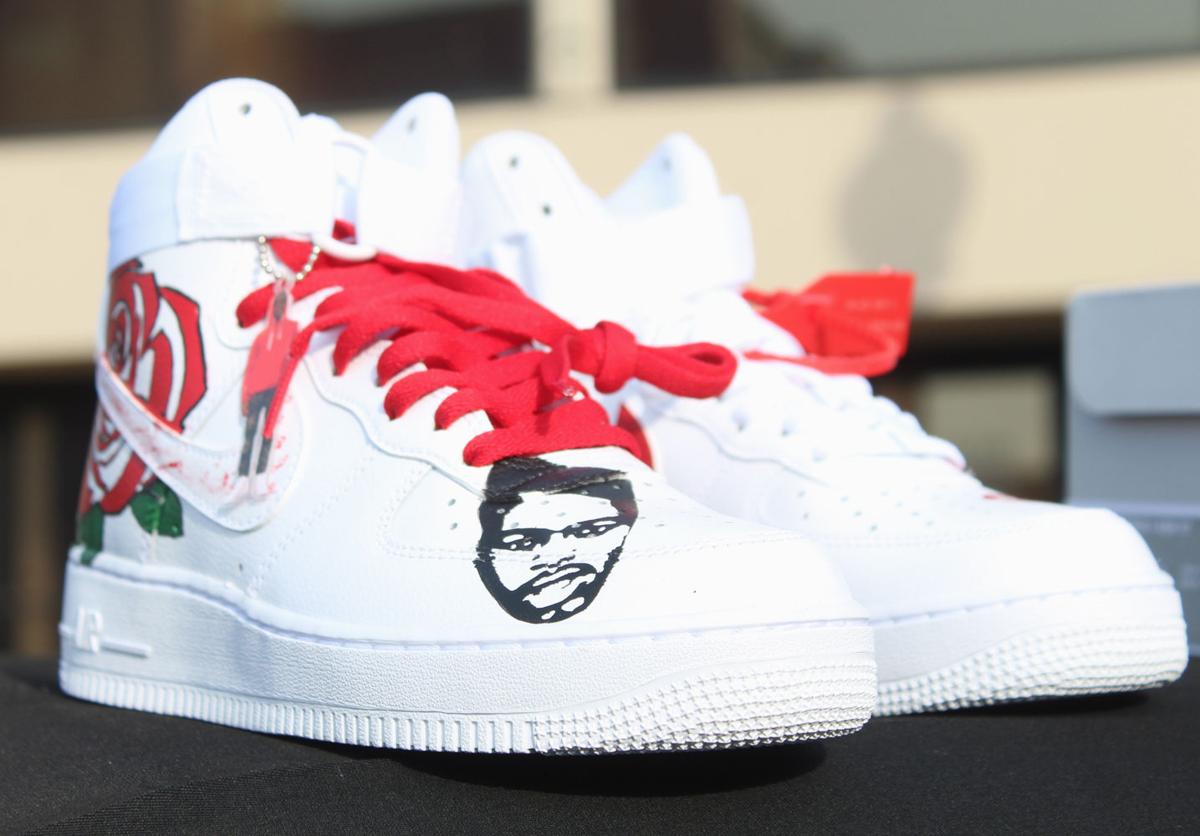 Since starting The Lock Experience in 2014, Spurlock said he has worked on about 400 custom sneaker orders.

Joshua Spurlock of Radcliff is the founder of The Lock Experience, a custom sneaker painting business.

Since starting The Lock Experience in 2014, Spurlock said he has worked on about 400 custom sneaker orders.

While some artists work on paper or canvas, Joshua Spurlock of Radcliff prefers to do his painting on a pair of Nike Air Force Ones or Air Jordans.

Spurlock regularly transforms sneakers into artwork through his business The Lock Experience.

Originally from Chicago, Spur­lock started his business in 2014 while living in Bowling Green. He said the business was a natural fit for him because he often excelled in art classes growing up and always enjoyed collecting sneakers.

“I was always good with coloring,” he said.

At the insistence of a friend, Spurlock began watching online tutorials and ordering the materials needed to customize his own sneakers. Spurlock said he found a natural affinity for the process and learned without much assistance.

Spurlock said he would wear these custom sneakers while working at Verizon Wireless in Bowling Green and customers often would ask him if he could customize their shoes.

“I used to wear my own shoes a lot and they would notice them,” he said. “It started from there.”

While many custom sneaker painters use airbrushes in their work, Spurlock hand-paints his sneakers using stencils. He said he applies several coats of paint and always applies an acrylic finisher to his sneakers, making it about a five-hour process.

Spurlock said he has worked on about 400 sneakers since starting his business. He said he has gained a substantial out-of-town customer base using social media.

Spurlock said a few YouTube reviewers have purchased from him as well, posting video reviews of his work.

“I’m trying to get into that community,” he said.

Even when he doesn’t have a client’s shoe to work on, Spurlock said he often can be found painting his own sneakers.

“I’ll do some for myself just to promote,” he said.

When ordering from The Lock Experience, customers have requested sneaker designs inspired by everything from sports teams to cartoons to video game consoles.

“They like to stand out,” Spurlock said of his clientele. “A lot of times they want something colorful.”

Regardless of the design, Spurlock said he always enjoys working with customers to fulfill their vision.

“The customer’s reaction, I love it,” he said.