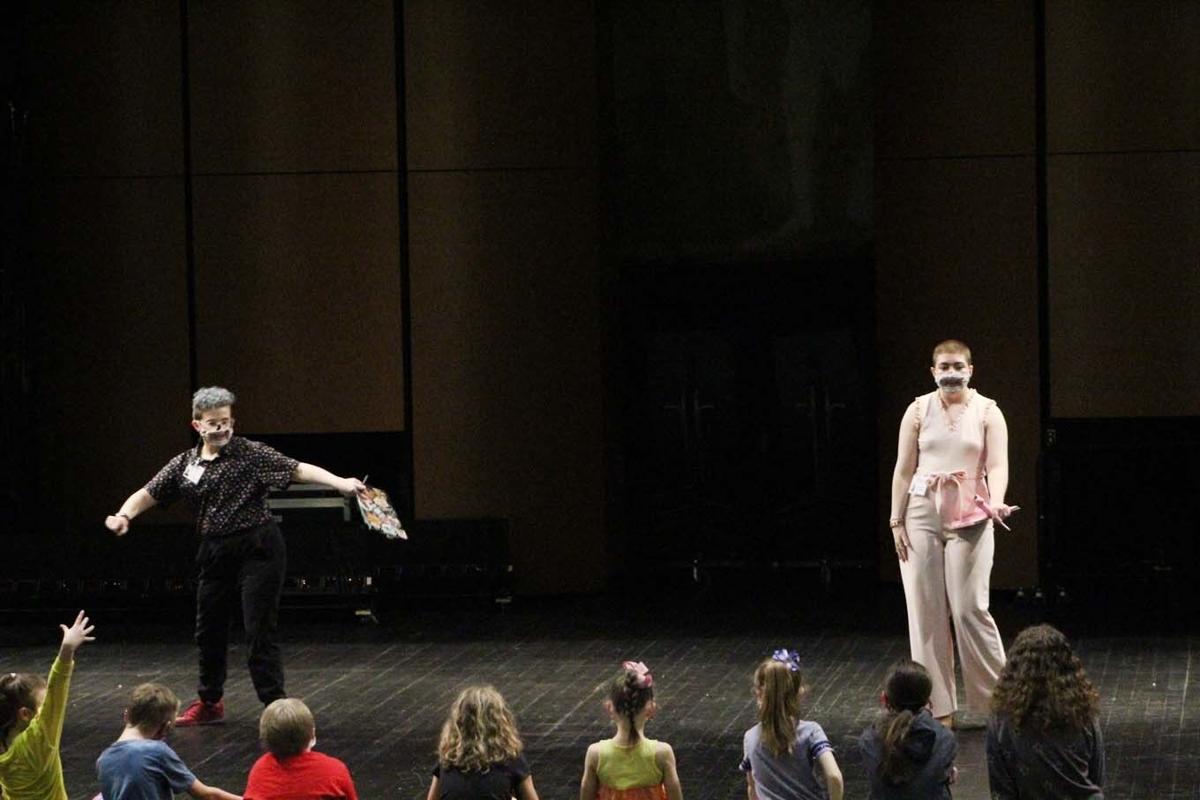 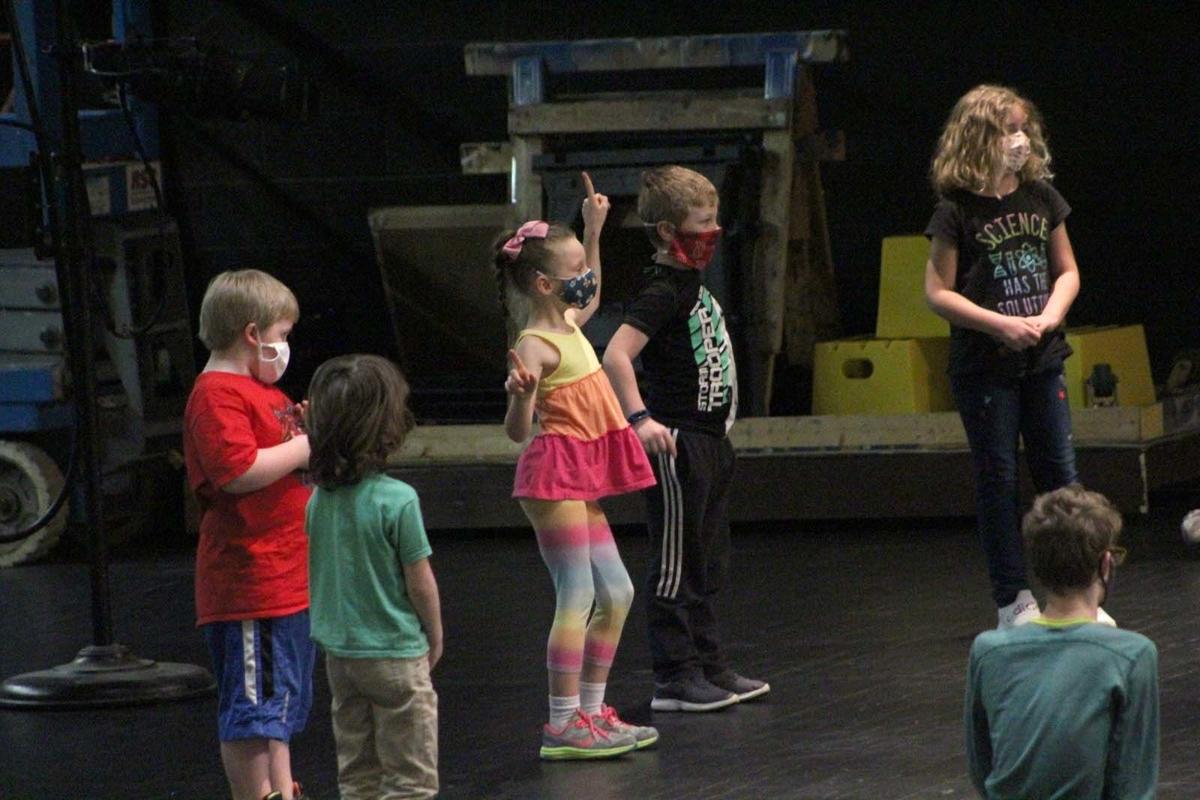 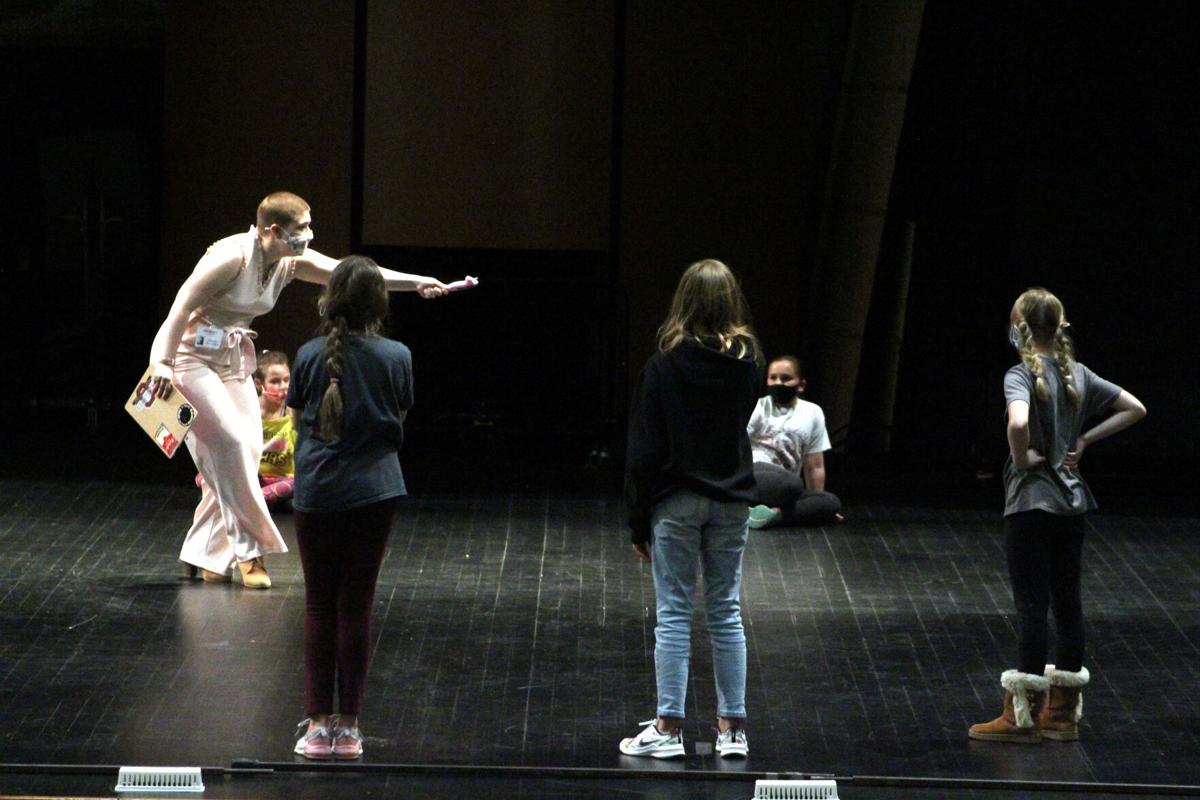 In the past, the traveling theater has presented shows such as “Robin Hood” and “Peter & Wendy” at the PAC. With performances set for 2 and 7 p.m. Saturday, this weekend’s show is directed by Charlotte and Jax Von Adler. Audiences can choose to watch each performance in-person or through a livestream provided by the PAC.

The musical adaption was writ­ten by Jim Caron and Matt Loehrke with music and lyrics by Caron, Michael McGill, Greg Boris and Amy Ellis.

The show is based on Ander­sen’s classic story of a vain emperor who in preparation for a parade in his honor, is convinced he must wear clothes that are only visible to those with lavish taste. However, the emperor is tricked about the clothing and after none of his subordinates admit to being unable to see his clothes, he ultimately exposes himself to the public.

“Our show is definitely a G-rated version of ‘The Emperor’s New Clothes,’” Jax said. “...Our version has a little bit of a twist ending with the emperor pulling a trick on them back, but you’ll have to come to find out what it is.”

Saturday’s show will be the first MCT show presented at the PAC amid COVID-19. Though open auditions traditionally are held, preregistration currently is required for MCT shows because of the pandemic, Jax said.

Jax said MCT tours initially were canceled in March 2020 but have gradually returned with new safety guidelines in place. There are currently six theater teams with MCT regularly touring throughout the country, the couple said.

Auditions for “The Emperor’s New Clothes” took place Tuesday afternoon at the PAC for students in first through eighth grade. Following auditions, rehearsals kicked off that same evening and have continued throughout the course of the week.

Though teaching a cast of children an entire script full of dialogue and several musical num­bers in less than a week might seem like a nearly impossible task, Charlotte said she and Jax have consistently been able to present “The Emperor’s New Clothes” through effective motivation and repetition.

“The MCT formula so to speak is to teach things very, very quickly and then just repeat, repeat, repeat so that kids have the chance to get comfortable and get some muscle memory going before the Saturday show,” they said.

Jax said their goal is to instill confidence in students and to fulfill MCT’s mission of “Teaching lifelong skills through the performing arts.”

“I genuinely believe that every student walks away with some skill that they will take away from this,” Jax said.

COVID-19 guidelines at the PAC include temperature checks at the door, socially-distant seating and a mask requirement for all guests.