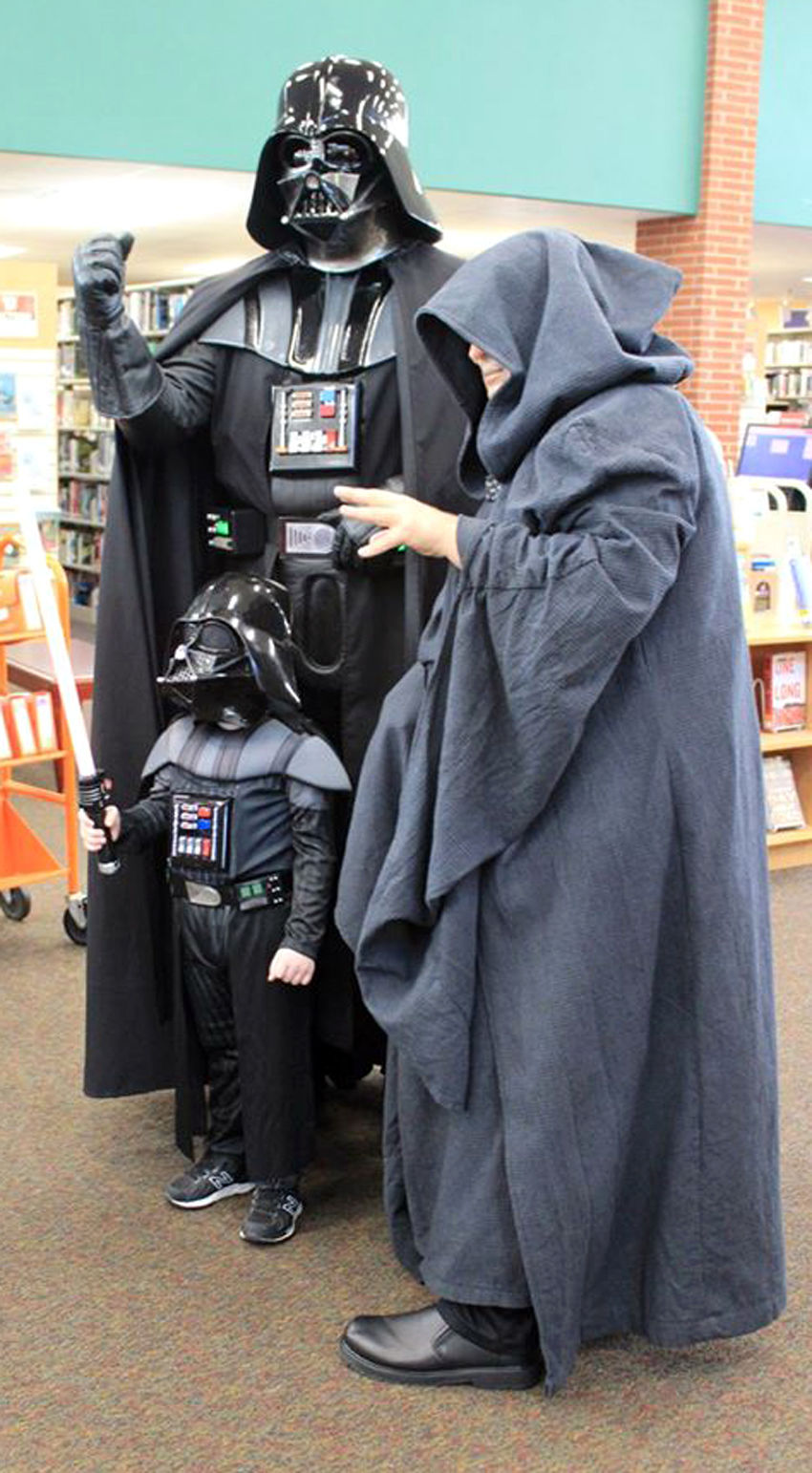 Interacting with famous characters from the Star Wars franchise, such as Darth Vader and Emperor Palpatine, and dressing up as one yourself are part of the Star Wars Reads Day at Fort Knox’s Barr Memorial Library. 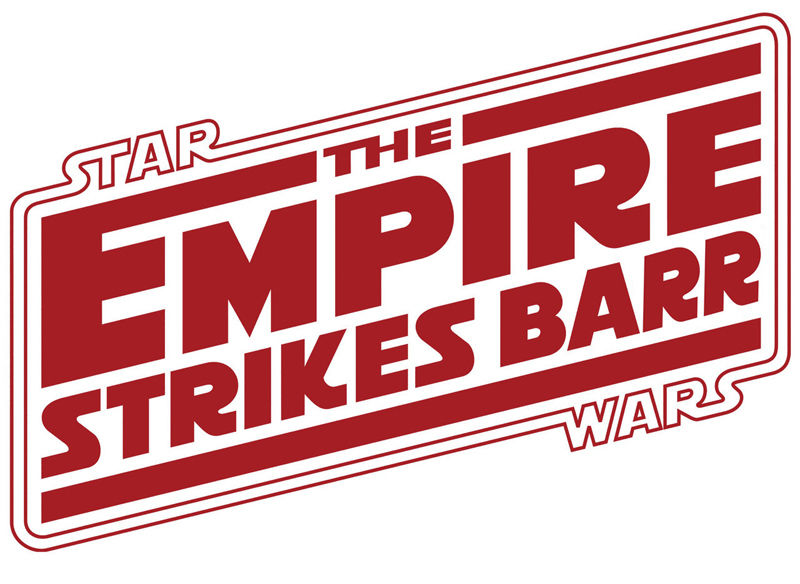 The Empire Strikes Barr is the theme for this year’s Star Wars Reads Day at Barr Memorial Library at Fort Knox.

Interacting with famous characters from the Star Wars franchise, such as Darth Vader and Emperor Palpatine, and dressing up as one yourself are part of the Star Wars Reads Day at Fort Knox’s Barr Memorial Library.

The Empire Strikes Barr is the theme for this year’s Star Wars Reads Day at Barr Memorial Library at Fort Knox.

The Force will be strong Saturday at Fort Knox as Barr Memorial Lib­rary presents its fifth Star Wars Reads Day.

“We love Star Wars Reads Day because of its emphasis on reading and the cross-generational appeal,” said Michael Steinmacher, library director. “Whether you are old enough to remember seeing the original trilogy in the 1970s and ’80s, grew up on the prequel trilogy or are experiencing Star Wars for the first time with the modern films, this is an event for everyone. “

The day focuses on literacy, the characters and the legacy of the Star Wars universe.

“We try to offer elements of all three of those on Star Wars Reads Day,” he said.

Interest in the Star Wars universe began in 1977 with the release of the first film. It continues today with more films and, with the upcoming debut of the Disney Plus streaming service, serial shows including live action and animation.

The fun at Barr begins at 10 a.m. with a Star Wars Storywalk. Library patrons can stroll around the property reading “Are You Scared, Darth Vader?” as a family.

At 11 a.m., The Empire Strikes Barr begins as members of the 501st Legion, Rebel Legion and Man­da­lorian Mercs appear for a meet and greet.

“The 501st Legion, Rebel Legion and Mandalorian Mercs, all officially recognized and sanctioned Disney/Lucasfilm groups, always add to Star Wars Reads Day in a remarkable way,” Steinmacher said. “Every one of the people in those costumes went through a process to ensure that their costumes are true to what we’ve seen on the big screen.”

And all are volunteers.

“They donate their time to be at Barr and so many other places out of the goodness of their hearts,” he said.

Patrons are encouraged to dress as a Star Wars hero, villain or creature and take photos with their favorite characters.

The day continues at 1:30 p.m. with the showing of “Journey to Tat­ao­uine.” The filmmaker, David West Reynolds, will be on hand to answer questions about the documentary.

“I’m excited we’re going to show David West Reynolds’ documentary on the locations of the original Star Wars,” Steinmacher said. “His work at Lucasfilm and background as an archaeologist made him key to rediscovering those locations when it came time to film the prequel trilogy in the 1990s.”

Reynolds explored many of the Tunisian sites that served as Tatoo­ine, hero Luke Skywalker’s home planet. Tataouine in Tunisia was one of the inspirations for the planet’s name.

The entire day is filled with fun from a galaxy far, far away, but the fun continues later in the year.

“We try to make Star Wars Reads Day bigger and better every year,” he said.

On Dec. 21, Steinmacher has plan­ned a special Star Wars holiday event coordinating with the release of “Star Wars: The Rise of Skywalker.”

“It’s our way of continuing the fun and celebrating the release of the new movie the day before,” he said.