Sign Up
Log In
Purchase a Subscription
You are the owner of this article.
Edit Article Add New Article
You have permission to edit this article.
Edit
Home
News
Sports
Opinion
Life
Celebrations
Obituaries
Marketplace
Public Notices
Contests
Local Directory
1 of 6 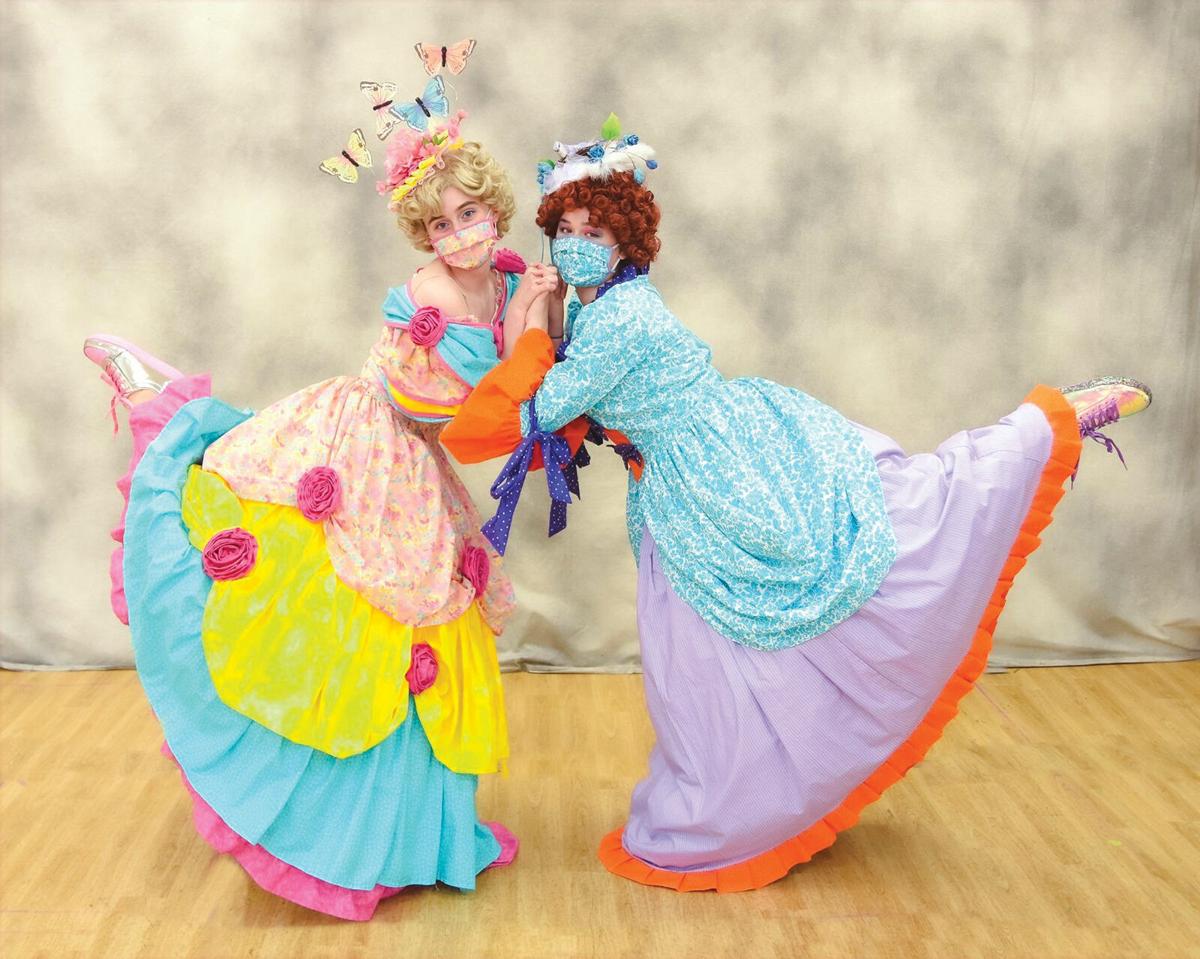 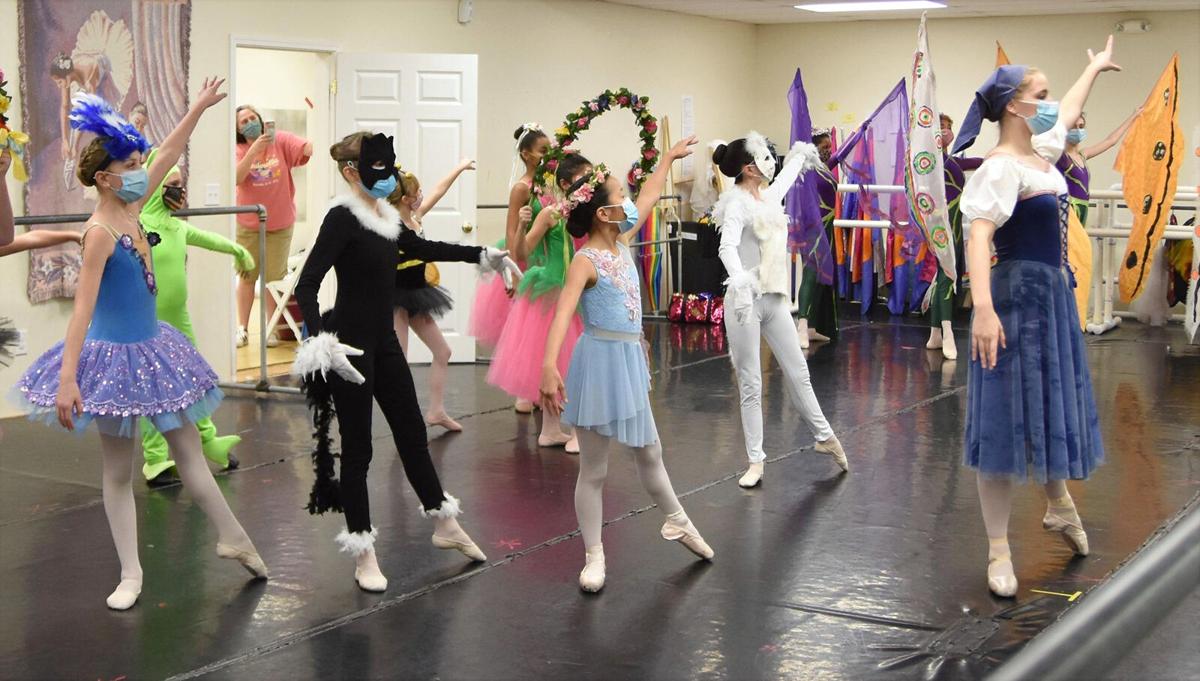 Submitted photos Cinderella dances in her garden during a rehearsal at Allegro Dance Theatre in Radcliff.

Dancers with Allegro Dance Theatre in Radcliff perform near the end of Stars in the Sky which takes place on Cinderella’s Journey to the ball. Submitted 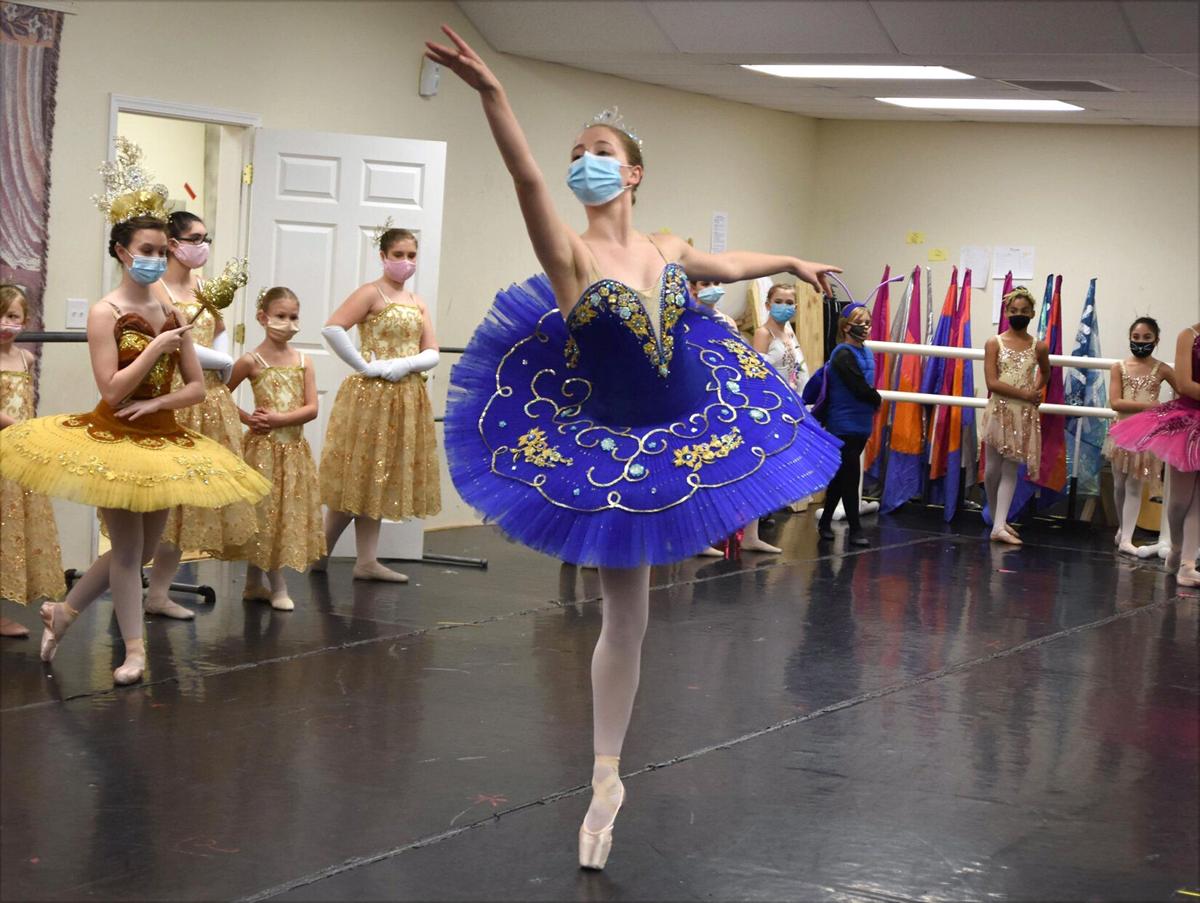 Maggie Board dances as Cinderella during a rehearsal at Allegro Dance Theatre in Radcliff. Submitted 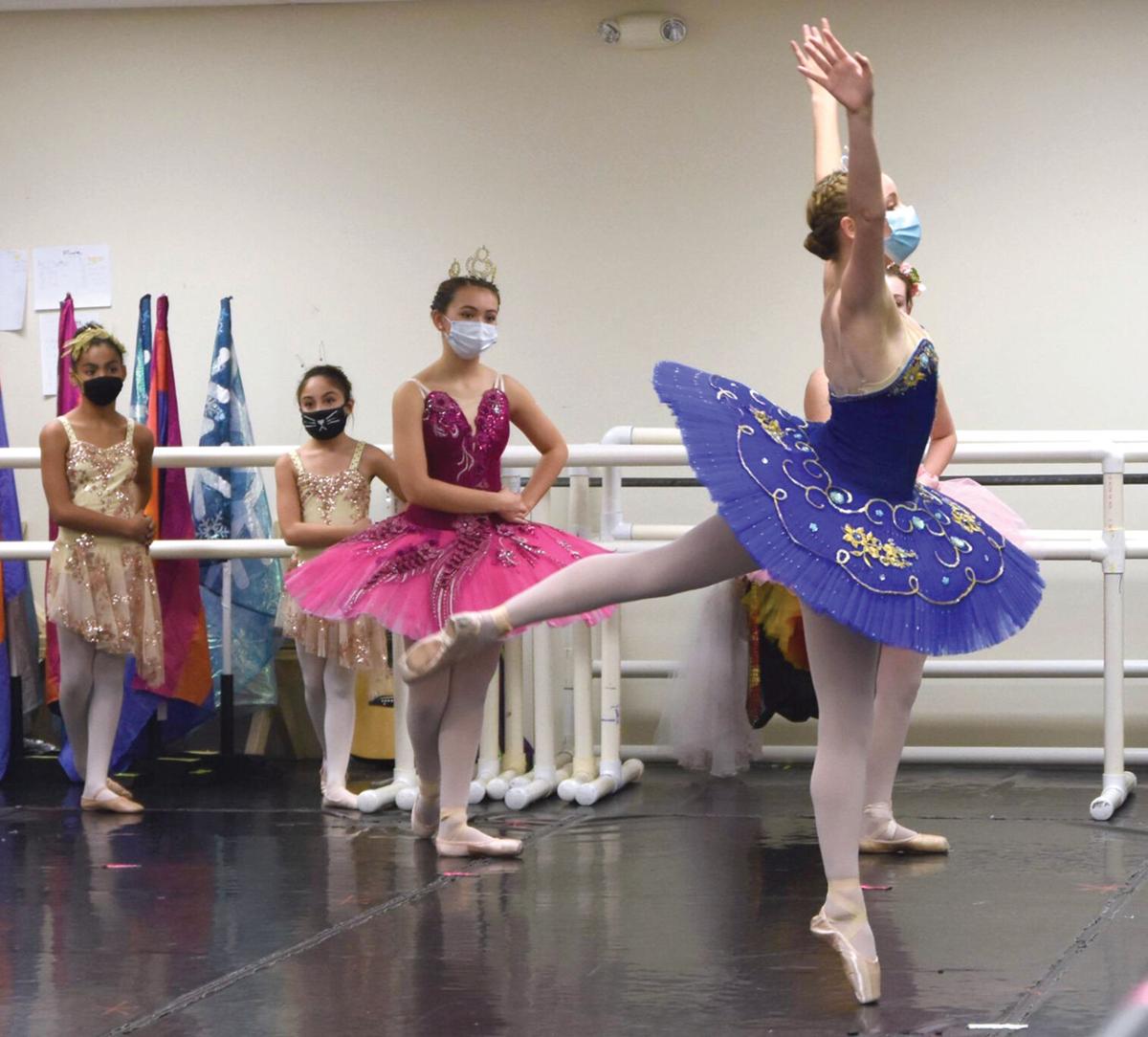 Maggie Board dances as Cinderella in a rehearsal at Allegro Dance Theatre in Radcliff.

Maggie Board rehearses her role as Cinderella at the Allegro Dance Theatre in Radcliff. Submitted

Submitted photos Cinderella dances in her garden during a rehearsal at Allegro Dance Theatre in Radcliff.

Dancers with Allegro Dance Theatre in Radcliff perform near the end of Stars in the Sky which takes place on Cinderella’s Journey to the ball. Submitted

Maggie Board dances as Cinderella during a rehearsal at Allegro Dance Theatre in Radcliff. Submitted

Maggie Board dances as Cinderella in a rehearsal at Allegro Dance Theatre in Radcliff.

Maggie Board rehearses her role as Cinderella at the Allegro Dance Theatre in Radcliff. Submitted

It’s been a while since the sound of dancing could be heard on the Hardin County School’s Performing Arts Center stage.

This weekend, Cin­derella and her stepsisters will be on stage as Allegro Dance Theatre of Radcliff presents the ballet “Cinderella.”

The production is open to the public but with limited seating of 175 guests. Tickets must be purchased through www.thepac.net to provide contact tracing if necessary and a touchless system.

Everyone in the audience, as well as cast members will wear a mask and have their temperatures checked, Allegro director Carol Zagar said.

The weekend before, Zagar said Allegro was finally able to perform “Frozen Jr.”

“We were 24 hours away from 12 performances of the show back in March,” she said, adding COVID-19 canceled the show and caused many challenges for the studio.

After “Frozen Jr.” closed, the stage now is set for “Cin­der­ella.”

During the summer, dancers started asking about the possibility of being able to perform “Cinderella” this year, Zagar said.

Caitlin Kowalski, an Allegro alumni now with the Louisville Bal­let, shared with Zagar what their company was doing to stay away from the virus. She modeled their format by working in pods or small groups, keeping the cast small and keeping the cast away from each other.

In class, each dancer had their own barre and it was sanitized after every class, she said. Dancers were masked at all times, washed their hands frequently and stayed six feet away from each other.

There are 30 cast members in the ballet this year and everyone plays multiple parts within their group.

“Having so many parts keeps the dancers busy and away from each other,” she said. She said the Prince was another role struggle.

In Octo­ber, they contacted Chris Cooper, a dancer who had worked for them many times.

“He knew the choreography already, he works from home and he was already in a bubble,” she said. “The Prince’s part will look different this year, as there is very little dancing for him as he had a devastating foot injury two years ago.”

The Pas de Deux performed by the Prince and Cinderella had to be restaged to decrease hand touching, she said.

Maggie Board plays the lead role of Cin­der­ella this year.

“It is a weird but amazing feeling to be Cinderella, because after so many years of hard work and perseverance it is sometimes hard to imagine you’ve actually made it,” she said.

She said the studio hasn’t performed on stage in almost a year.

“I love to perform on stage, so I am very, very thankful that we are able to perform again soon,” she said. “ I sometimes get a little nervous before I step out into the bright lights, but once I’m on the stage I let it all go and just perform for the audience.”

Staging the performance looks different from previous years. For example, they are not using the dressing rooms back stage because there isn’t enough room to spread out, she said.

“The precautions can seem overwhelming at times but I am just thankful for the opportunity to perform on a stage with the beautiful facility it is located in,” Board said. “Cinderella has become a huge part of the Thanksgiving season and I could not imagine the season without it.”

Abby Harper dances the roles of the Star Queen and Spring Fairy in “Cinderella.”

“This year has definitely been one for the books,” Harper said. “It feels absolutely amazing to be able to get back out on the stage and do what I love.”

The ballet is something, she said, all the dancers look forward to every year and she’s glad they will get the opportunity to perform it on stage, even it if looks and feels different this year.

“Everyone is required to wear a mask during the show including backstage and wherever else we go,” she said. “We have also tried our hardest to include social distancing into our show”

That includes the space on stage and everything going on during the production, she said.

“We try our best to stay as spread apart as we can,” she said.

The musical theater ensemble will also perform “Snow Biz” during the program.

“Snow Biz’ will be performed right before Cinderella and should help get everyone in a holiday mood during this unprecedented time,” Zagar said. The show also will be able to be live streamed.

“We know there are a lot of grandparents that cannot come out but want to see their dancers and performers,” she said, adding the PAC has technology to allow them to live stream both shows.

Performances are 7 p.m. Saturday and 3 p.m. Sunday at the PAC.

Tickets and live streaming can be purchased at www.thepac.net. Tickets for the in-person performance are $7 and the live stream is $5. Both have an additional $2 service fee.

Cinderella will be live streamed, no in-person audience

Because of the COVID restrictions announced Wednesday afternoon by Gov. Andy Beshear, the production of Allegro’s “Cinderella” will not have a…