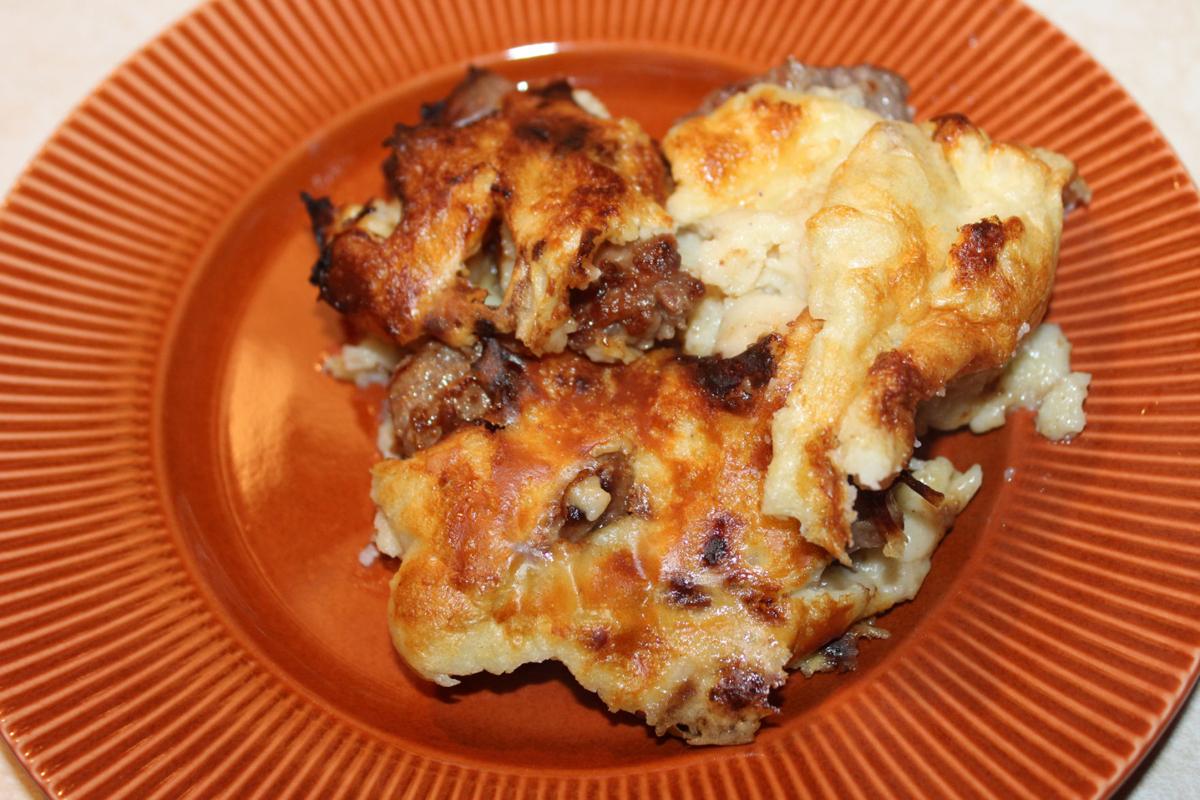 Toad in the Hole should look a little different than the one pictured but is worth a try, even if the recipe is from the 1800s. 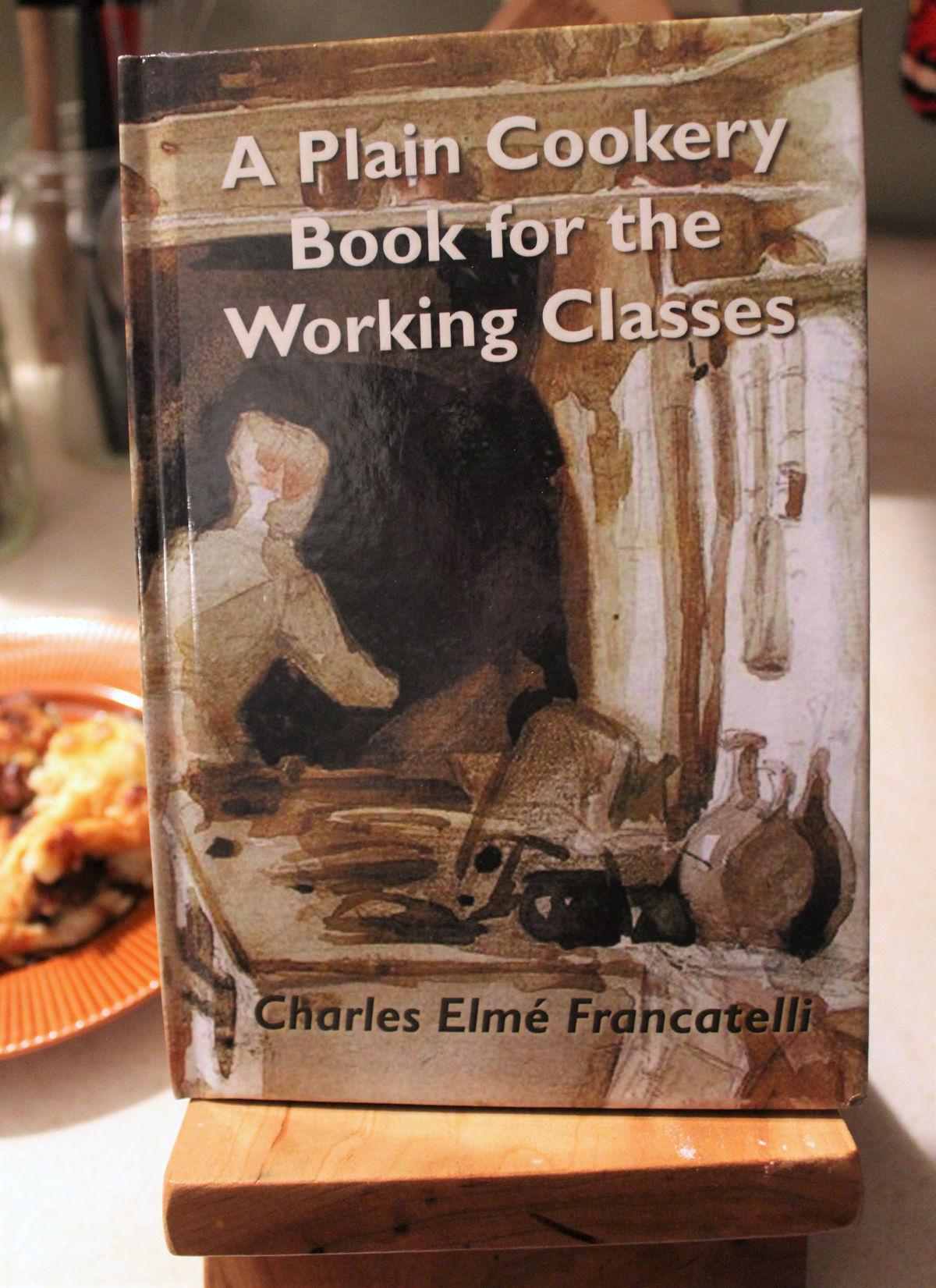 “A Plain Cookery Book for the Working Classes” by Charles Elmé Francatelli is a cookbook written by one of Queen Victoria’s chefs in the 1800s.

Toad in the Hole should look a little different than the one pictured but is worth a try, even if the recipe is from the 1800s.

“A Plain Cookery Book for the Working Classes” by Charles Elmé Francatelli is a cookbook written by one of Queen Victoria’s chefs in the 1800s.

This week’s recipe was a true adventure. In fact, it required a little time travel.

For Christmas, my sister-in-law gave me a cookbook, “A Plain Cookery Book for the Working Classes” by Charles Elmé Francatelli, chef to Her Majesty Queen Victoria. I had wanted it since watching episodes of the Masterpiece series “Victoria” on PBS. I did a Google search on the chef featured in the show and found out he wrote a few cookbooks. My love of cooking and British history were combined in one item.

Francatelli was chief cook to Queen Victoria from March 1840 to March 1842.

He also wrote “The Modern Cook, A Practical Guide to the Culinary Art in All Its Branches,” “Cook’s Guide and Housekeeper’s Butler’s Assistant” and “The Royal English and Foreign Confectioner.”

I decided to try something from the cookbook. But cooking from a book written in the 1800s has its challenges. As you’ll see in the recipe, there aren’t a lot of specifics in the instructions.

I chose a recipe for Toad in the Hole because I thought the name was fun and it wouldn’t be too complicated.

Today, the dish typically is made with sausages. But in the 1800s, it was meant to be made with any inexpensive or leftover meat. In his recipe, Francatelli cautions to cut away any tainted pieces to make sure the dish doesn’t taste bad.

In today’s age, I would advice not using any meat that even has the possibility of having something tainted on it.

So you don’t repeat my mistakes, I would advice comparing this recipe with a modern version for a couple of reasons.

One of the major ones is the method of cooking. We now have electric or gas ovens that cook things at different temperatures and different durations than an oven that used an open flame. In fact, his recipe offers no temperature information at all.

Also, double check the measurements. The different mode of cooking the dish may effect that in some way as well.

Because I didn’t really have a temperature to work with and didn’t know how to adjust the time for an electric stove, my Yorkshire Pudding didn’t act as expected. It didn’t really form a crust and was a little soggy.

Basically, it didn’t really look right. But it probably tasted close to what the dish should taste like. I got to try a bit of it but I wasn’t paying close attention and Lucy, the wonder puppy, stole the rest off my plate.

Taking adventures with food is fun, even if it doesn’t turn out just right. You just have to learn and adapt. Next time I try a recipe from the book, I’ll look up the modern equivalent and adjust. And, I’ll protect it better from possible dog theft.

Toad in the Hole

To make this cheap dinner, you should buy 6d. (pennies) or 1s. (shilling) worth of bits or pieces of any kind of meat, which are to be had cheapest at night when the day’s sale is over. The pieces of meat should be first carefully overlooked to ascertain if there be any necessity to pare away some tainted part or perhaps a fly-blow, as this, if left on any one piece of meat, would tend to impart a bad taste to the whole and spoil the dish.

You then rub a little flour, pepper and salt all over the meat and fry it brown with a little butter or fat in the frying pan. When done, put it with the fat in which it has been fried into a baking dish containing some Yorkshire or suet pudding batter and bake the toad in the hole for about an hour and a half – or else send it to the bakers.

To one pound of flour add three pints of skim milk, two eggs, nutmeg and salt. Mix smoothly and pour the pudding into the greased dish and bake it under the meat.

To one pound of flour add six ounces of chopped suet, three pints of skim milk, nutmeg and salt. Mix throughly and smoothly and bake the pudding in the dish under the meat.

SOURCE: “A Plain Cookery Book for the Working Classes” by Charles Elmé Francatelli, chef to Her Majesty Queen Victoria.