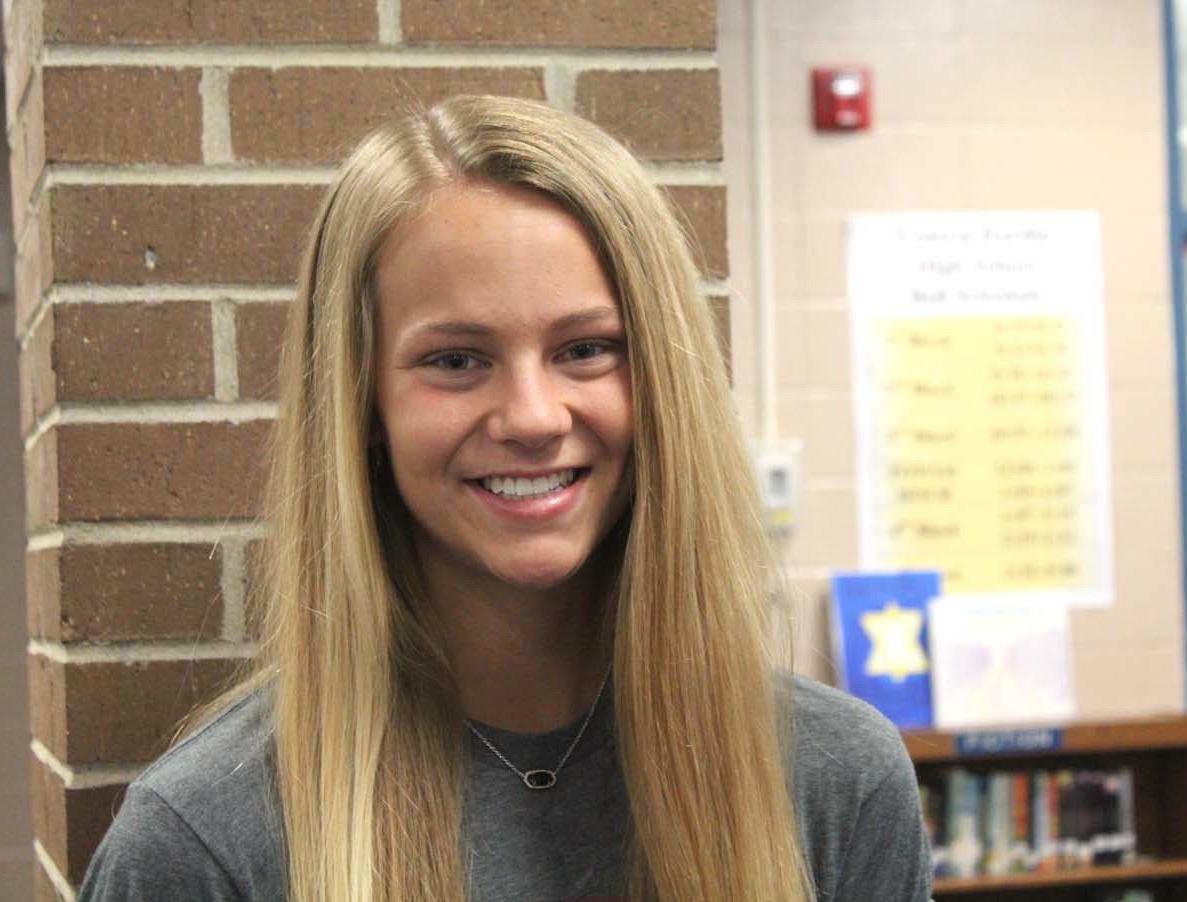 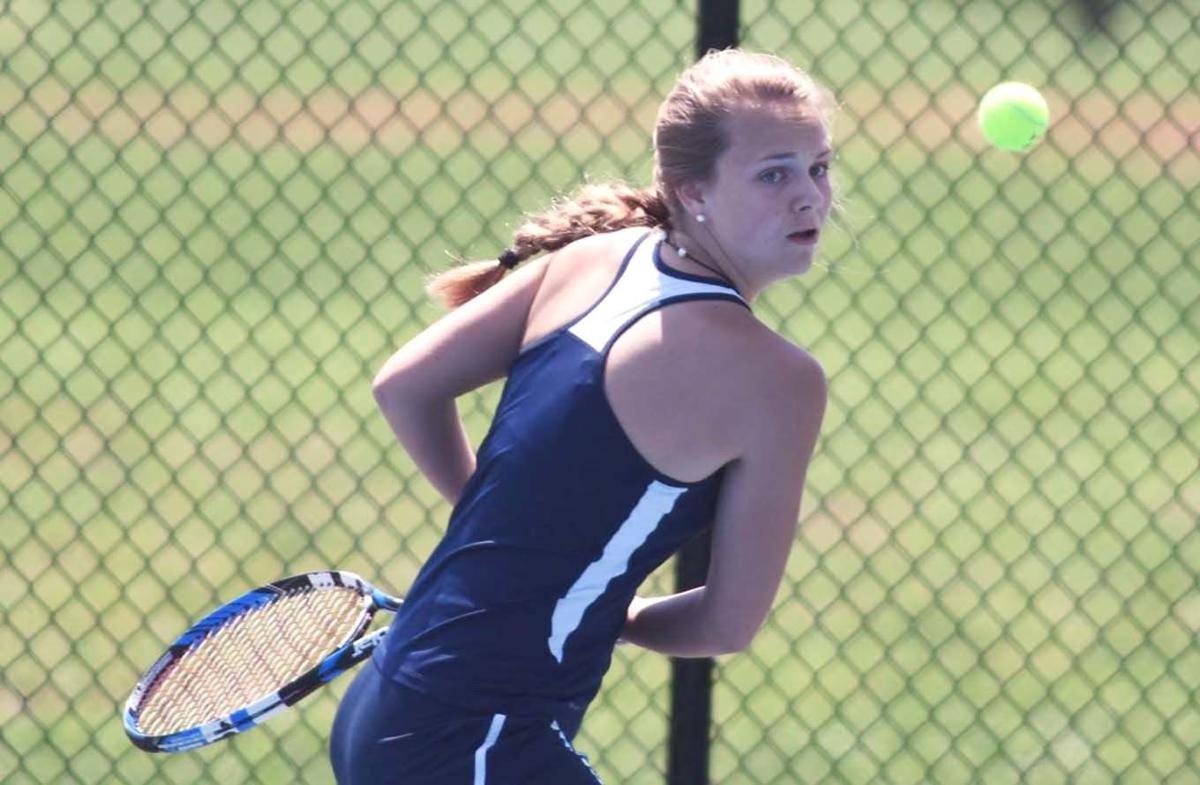 Central Hardin High School senior Tatum Cox said one of her biggest dreams is to manage a non-profit for children in need.

Cox already has helped several children throughout her life, so dreaming of one day doing this on an administrative level isn’t out of character.

One of 11 grandchildren on her mother’s side of the family, Cox often would babysit family members and has experience sitting for other families during the summer and on the weekends.

Cox’s love of children resulted in a role at Camp Loucon last summer, volunteering as a camp counselor. Located near Leitchfield, the annual Christian summer camp brings together youth from around the state.

“That was the first time I was able to not only just babysit and make sure kids are behaving but actually be a mentor to them,” Cox said.

Cox now acts as a mentor each week through Mission Hope for Kids. She serves as academic mentor for the organization every Tuesday, assisting local fifth-graders with educational, emotional and spiritual support.

Cox also spent last summer at More­head State University for several weeks, studying visual art through the Governor’s Scholar Program. While attending the program, she said she took on painting, mixed media and sketching. She also traveled to the Cincinnati Art Museum.

“We all wanted to push ourselves and explore deeper,” Cox said of her fellow students. “Just being in that community of like-minded, intelligent, deep-thinking students was a really good experience.”

At Central Hardin, Cox actively is involved in the school’s Y-Club and Varsity Club. Through Y-Club, Cox served as a committee chairwoman at the Kentucky United Nations Assembly, leading debates at the March assembly in Louisville.

Cox said her club involvements at school have improved her confidence and leadership skills.

“Getting that chance to get out of my comfort zone was really big for me,” she said.

Cox also plays tennis at Central Hardin. It’s a sport she has pursued since elementary school. She has been part of the Bruins’ teams since seventh grade and has been playing singles varsity tennis since eighth grade.

Some of Cox’s accomplishments in tennis include being the region tournament top five seed for three years, the school’s No. 1 singles player for three years and the No. 1 doubles team member for a year. Cox also uses her skills in tennis to help local youth, offering casual tennis lessons to aspiring young tennis players in the community.

Jeff Crady, tennis coach and a teacher at Central, said Cox often serves as a role model for others.

“She tries to include all kids in all the activities that she is involved in and there are a thousand random acts of kindness that she does every week that we won’t notice until they aren’t happening next year,” he said. “Just this week, she brought Frosties from Wendy’s for every kid on the tennis team. You can’t replace that sort of thoughtfulness and generosity.”

Above any accomplishment on paper, Cox said tennis provided her with a solid sense of resiliency.

“It instilled in me this drive that kind of permeates the rest of my life,” she said.

This sense of courage was demonstrated when Cox and several of her classmates organized a rally at Central to speak out against a proposed Ken­tucky state pension plan for public employees. Cox was a speaker at the rally held during the school’s power hour, a free period during the day.

“We just really felt a calling to speak out about it,” she said.

For Cox, resiliency is a family attribute. Her parents, Christy and Wayne, both are survivors of the deadliest drunken driving crash in U.S. history – the 1988 Carrollton bus collision.

It claimed the lives of 27 members of the Radcliff First Assembly of God – 24 of which were children – after a truck driven by an impaired driver struck a church bus returning from a field trip to Kings Island.

Both of Cox’s parents lost friends and family in the crash, including Christy’s father John Robert Pearman. Despite the emotional and physical scars they endured, Christy and Wayne persevered and later started a family together. Christy’s mother Dotty Pearman later married Lee Williams, who lost his wife and two daughters as a result of the crash.

These stories of perseverance, Cox said, always have been an inspiration to her.

“You see from such a broken place, they’ve risen out of that,” she said. “They’ve always been faithful and optimistic.”

Although Cox said her family does not often discuss the tragedy, she did attend a special event for survivors and their families on the 25th anniversary of the crash. The event was a showing of the documentary film “IMPACT: After the Crash” at the State Theater in Elizabethtown in 2013.

Cox said the strength and connection she witnessed among survivors that night was unmistakable.

“People don’t just come in solemn and feeling sorry for themselves, they come in resilient,” she said. “It’s just this big family full of love and support.”

Looking past graduation, Cox said she intends to attend Bellarmine University in Louisville and plans to study business administration and digital media.

Crady said Cox will be missed at Central Hardin.

“We will miss Tatum’s kindness and thoughtfulness next year after Tatum graduates,” he said. “She genuinely puts others ahead of herself because she thinks of others first.”