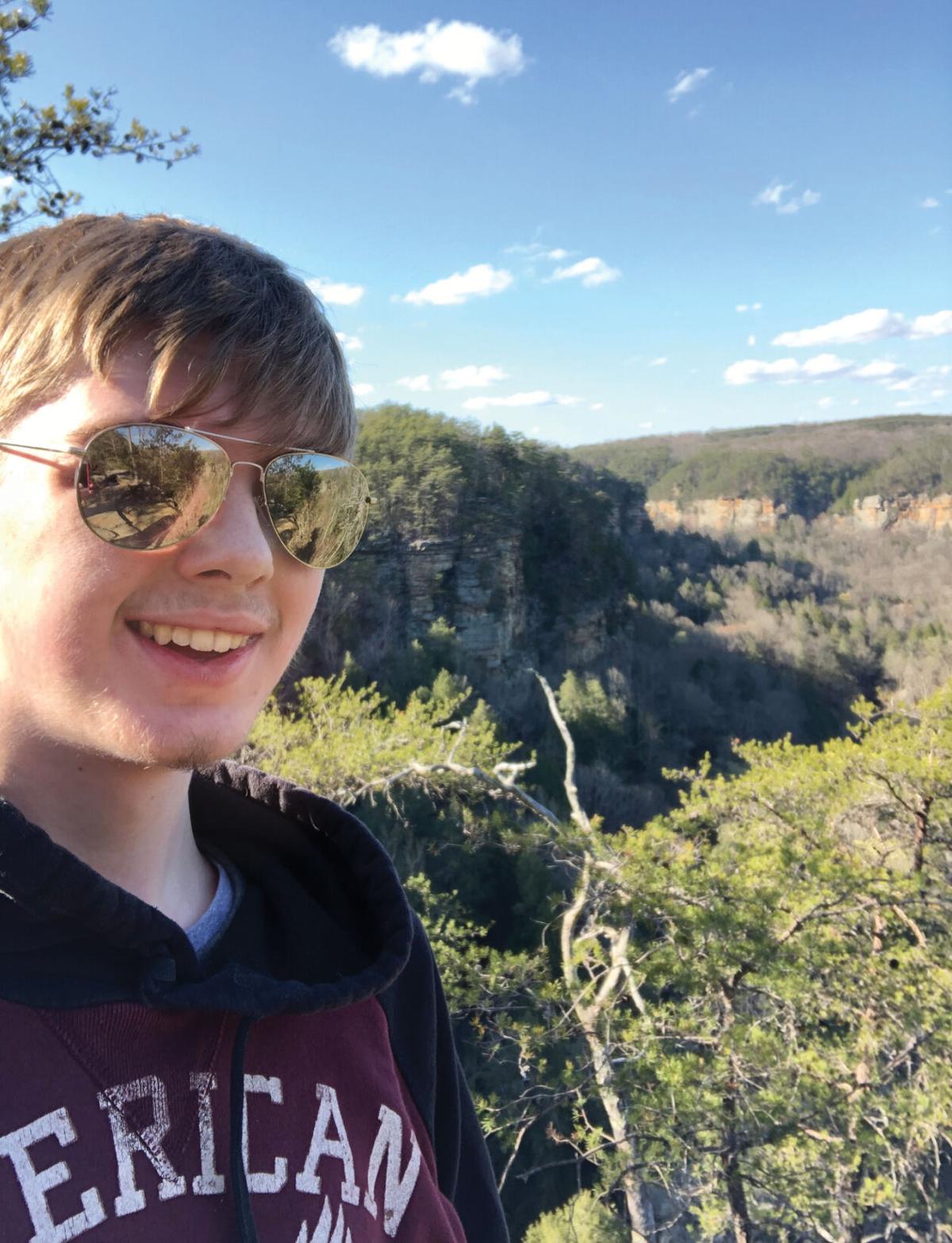 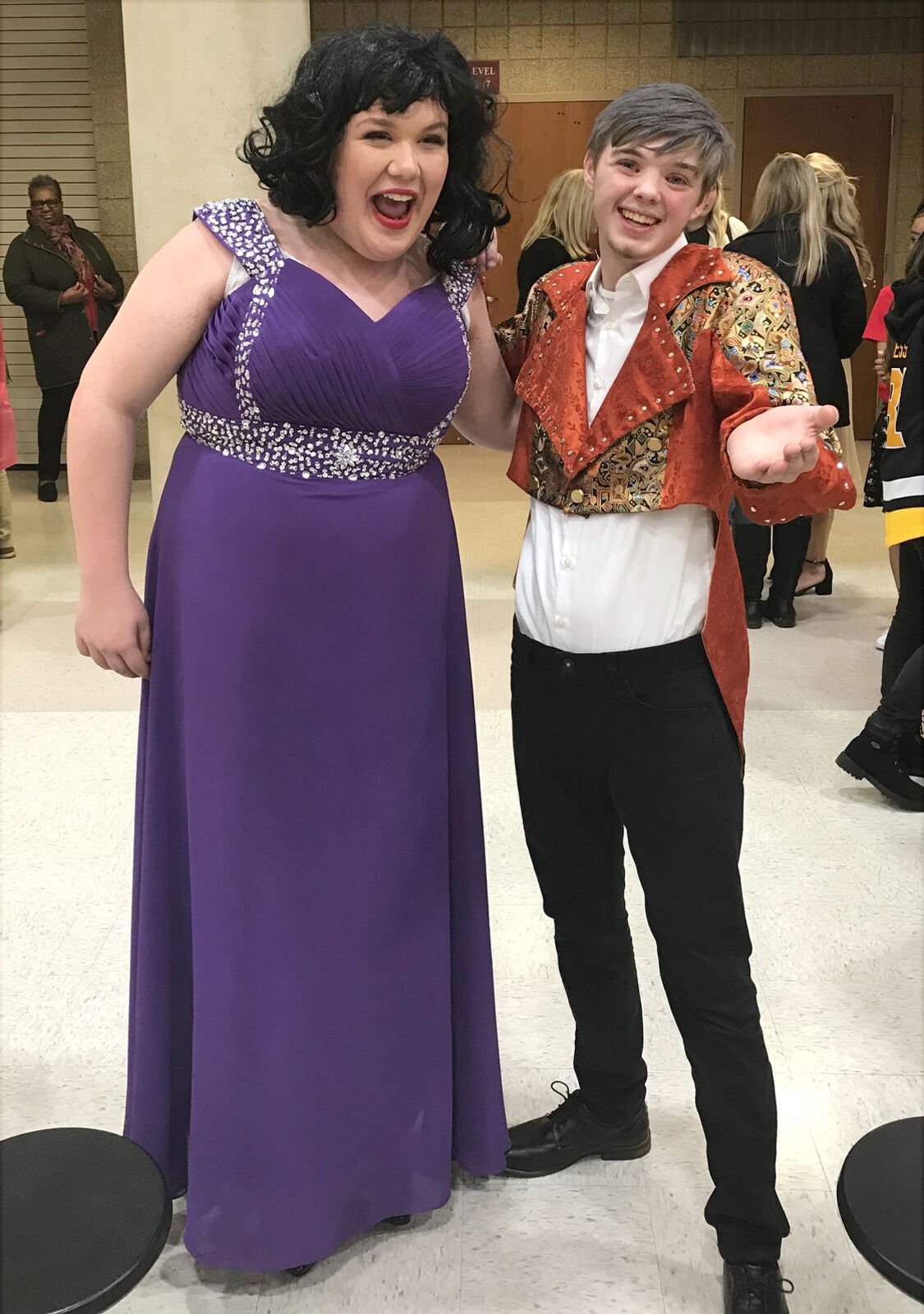 At John Hardin High School, students have become accustomed to hearing the sound of senior Travis Field’s voice in the morning as he impersonates Robin Williams’ radio DJ character in the film “Good Morning Vietnam.”

A member of John Hardin’s news team since the beginning of the school year, Field initially was approached by school librarian Jan O’Daniel about participating in the morning announcements. Although he initially was nervous about the role, Field said he soon found his stride upon taking the microphone.

“Several teachers sent emails to Ms. O’Daniel asking that I do announcements often because they liked my upbeat way of presenting them,” Field said. “Now that opening has become a John Hardin tradition.”

Engaging large audien­ces is nothing new for Field. Since fifth grade, he has been involved in choir programming, starting out with the Mount Laurel Ele­mentary School show choir and the Birmingham Boys Choir while living in Alabama.

For Field, the performing arts have been therapeutic. Diagnosed with Asperger syndrome, Field said he found an outlet for expression on stage.

“Through music, I found myself,” he said. “This was a place where I discovered that there was more to me, that I had the talent to give to the world.”

As the member of a military family, Field said he and his family have moved five times throughout his life. But amid these changes, he has maintained a passion for the performing arts.

Field sings in the advanced choir at John Hardin and has taken part in several musicals, both through school and through Allegro Dance Theatre.

Musicals he has performed include “Mulan,” “Bye Bye Birdie” and “Hair­spray.”

“I find that it is a very powerful experience to be on stage and it is nice to play a character and be part of a group,” Field said. “You feel like you are doing something important and other people rely on you to do your part, whether it is a group choir performance or musical.”

Although Field has found great rewards through the performing arts, his time also is dedicated to several other pursuits. He serves as president of the school’s Fellowship of Christian Athletes club and participates in several additional clubs at school.

Many FCA activities have been hindered by COVID-19, but Field said the club still was able to hold its annual See You at the Pole rally during the pandemic, which encourages students to gather at the flag pole outside of school and pray. He said he hopes to also give the invocation at this year’s graduation, a role traditionally designated for the FCA president.

Field also is an active member of the school’s Beta Club. Through that organization. he has taken part in several community service projects, including writing letters to local veterans, volunteering for several school events and packing food for Feeding America, Kentucky’s Heartland.

In addition, Field serves as co-editor of John Hardin’s yearbook, president of the school’s Gaming Club and serves on advisory groups at the school.

Looking toward his post-graduation plans, Field said he would like to study zoology. He said he is considering North Carolina State University, Tennessee Tech University or Lees-McRae College.

“I love zoology because I have always had a special fondness for animals, especially those going into extinction,” he said. “Ever since I was young, I loved watching nature shows and studying different types of animals. I am hoping that I can help in conservation and in the education of others about animals.”

Getting to know Travis Field