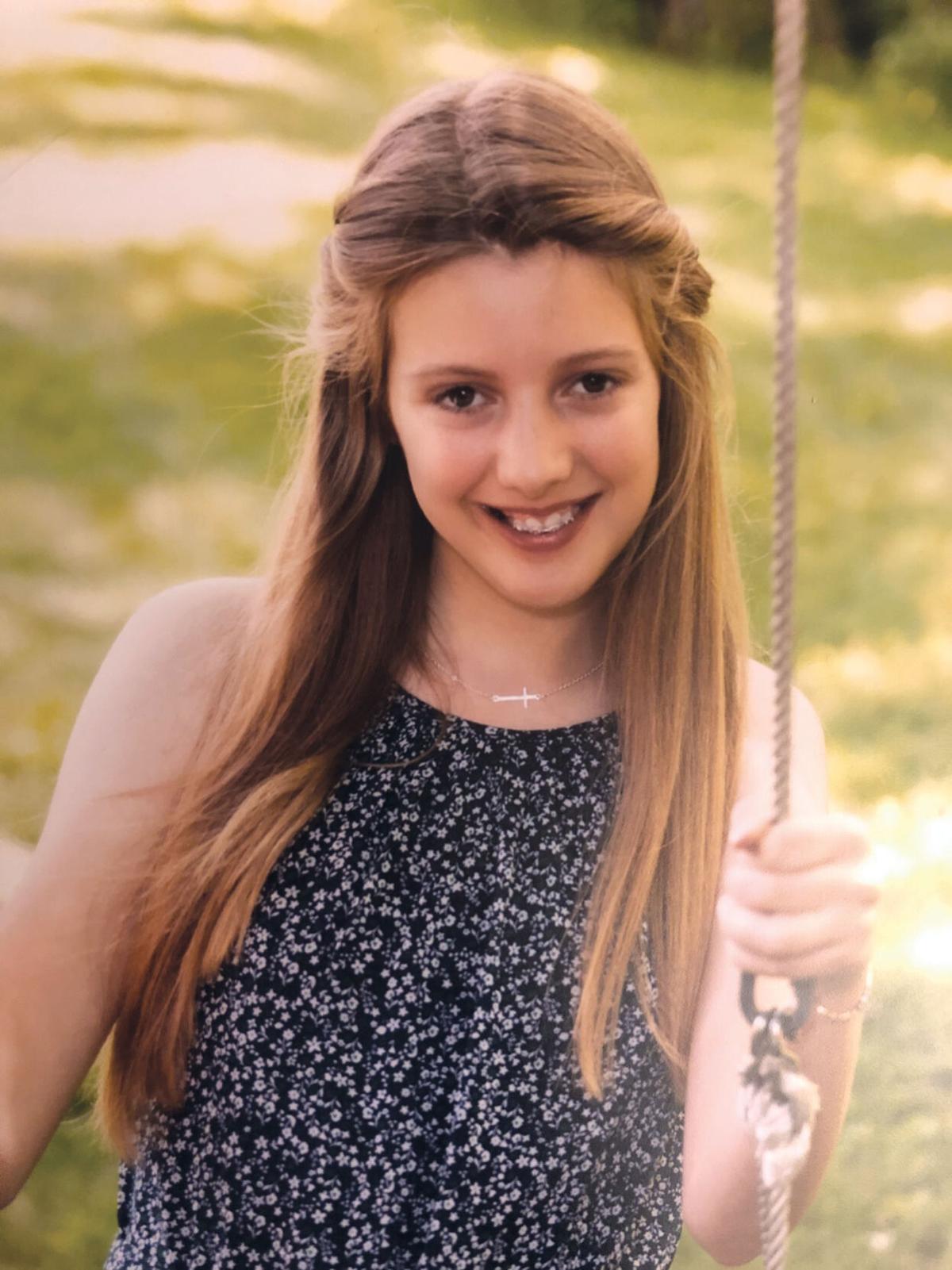 James T. Alton Middle School eighth-grader Katie Rundle lived in Japan from the time she was 3 years old until she was 9because her mother worked as a speech language pathologist with the Department of Defense. 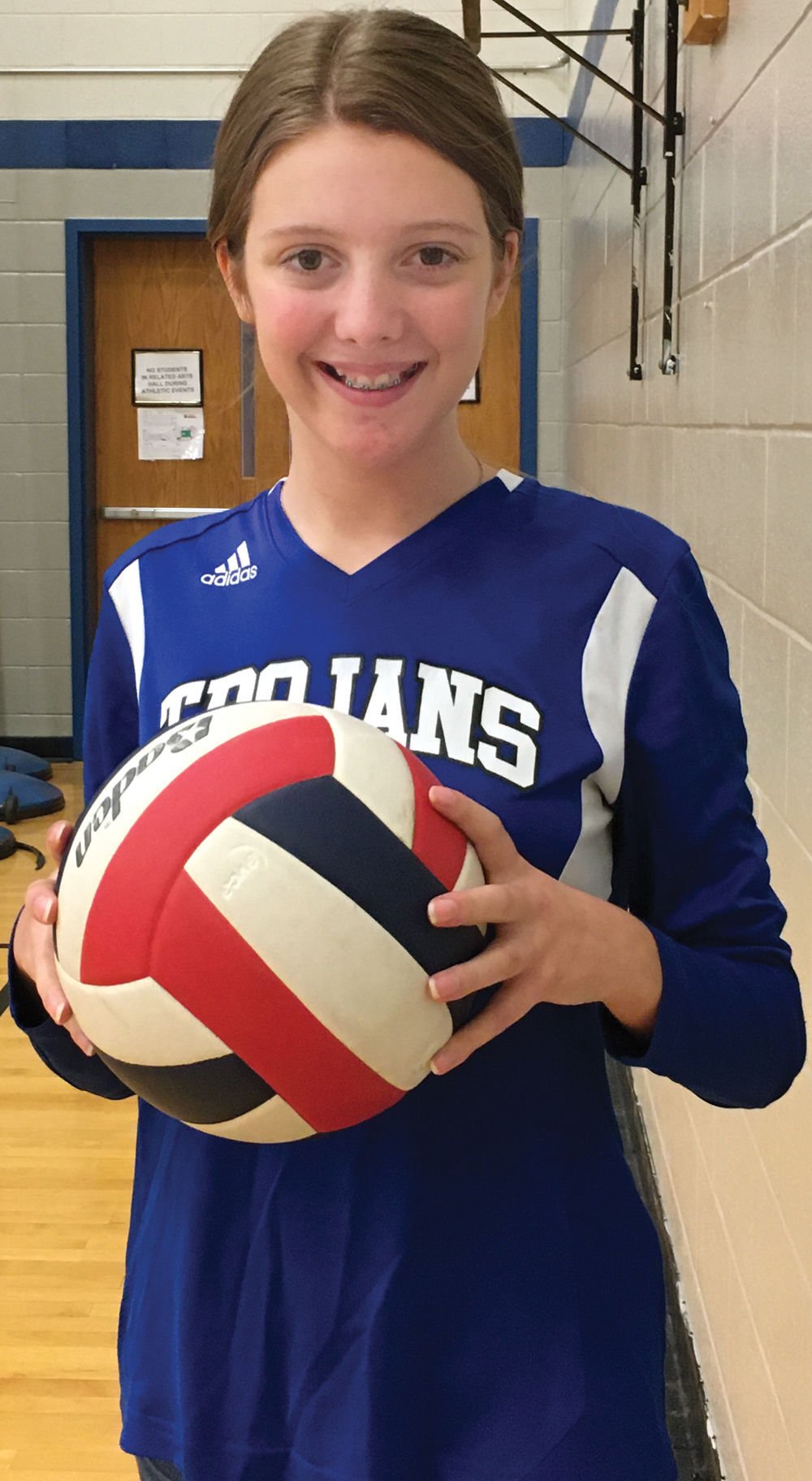 Katie Rundle plays on her middle school school volleyball team and  is involved in Beta Club and is in the gifted and talented program.

James T. Alton Middle School eighth-grader Katie Rundle lived in Japan from the time she was 3 years old until she was 9because her mother worked as a speech language pathologist with the Department of Defense.

Katie Rundle plays on her middle school school volleyball team and  is involved in Beta Club and is in the gifted and talented program.

Though she is not yet in high school, James T. Alton Middle School eighth-grader Katie Rundle already has learned more first-hand lessons in cultural diversity than most American adults.

Born in New Mexico, Rundle’s family moved to Yokosuka, Japan when she was three years old, after her mother, Michelle, secured a job as a Speech Language Pathologist with the Department of Defense. Rundle and her family lived in Yosaka for a year and then moved to Yokota Air Base in Fussa, a city located in the western portion of Tokyo Metropolis.

While living in Japan, Rundle was able to take classes on the Japanese language and culture. Through these classes, she said she went on field trips to Japanese schools, the zoo, a farm that produced mikan oranges and a tye-dye factory. She also was selected to visit an orphanage in Tokyo while she was in third grade.

Rundle said some of her favorite places in Tokyo to visit with her family included the New Sanno Hotel and Showa Memorial Park.

“We just had a lot of fun wherever we went,” she said.

At JTA, Rundle plays for the school’s volleyball team, is involved in Beta Club and is involved in the Gifted and Talented program. She also occasionally volunteers to work the concession booth during sporting events.

Larissa Hatfield, a seventh-grade science teacher at JTA, said Rundle is both mature and insightful in the classroom.

“She goes about every task she is given with quiet determination and often exceeds expectations,” she said. “Katie is very observant of the world and tends to lend a hand without being asked or expecting anything in return. She is truly a special person and we are lucky to have her as a JTA Trojan.”

Jamie Chaney, an eighth-grade math teacher at JTA, said though she has only had Rundle in class a few weeks, she already has been impressed by her work ethic and leadership in the classroom.

“I’m so excited to see what this school year has in store for her,” she said.

Last year, Rundle was the recipient of a Trojan Award and the 110% Award at JTA. She also has remained on the all A honor roll throughout her tenure at the school.

“My motivation is to do my best for God,” she said. “I try to do my best in everything that I do because that’s what the Bible tells me to do.”

Rundle also is very active in her church, Northside Baptist Church in Elizabethtown. Through church, she helps take care of infants and toddlers at the volunteer nursery, plays piano and sings in the praise team and studies the Bible with the youth group.

Since sixth grade, Rundle has taken part in Bible quizzing competitions throughout the region and beyond. In 2020, she was named the Top Quizzer in the Ohio Valley District.

“I felt like my effort had paid off because I put a lot of effort into it,” she said.

So far, Rundle has travelled to Pittsburgh, Pennsylvania and Holland, Ohio to compete, taking home titles such as second-place in team quizzing and third place in individual quizzing.

During competitions, Rundle said teams are asked interrogative questions about Bible verses and are asked to memorize certain verses word-by-word. The

competitions are structured similarly to academic team competitions, in which team members “buzz in” to answer questions.

Rundle said getting involved in the competitions has s

hifted her perspective on the Bible and has strengthened her faith.

Getting to Know Katie Rundle

Hobbies: Playing outside with her family, reading.

Pets: One dog and one cat.