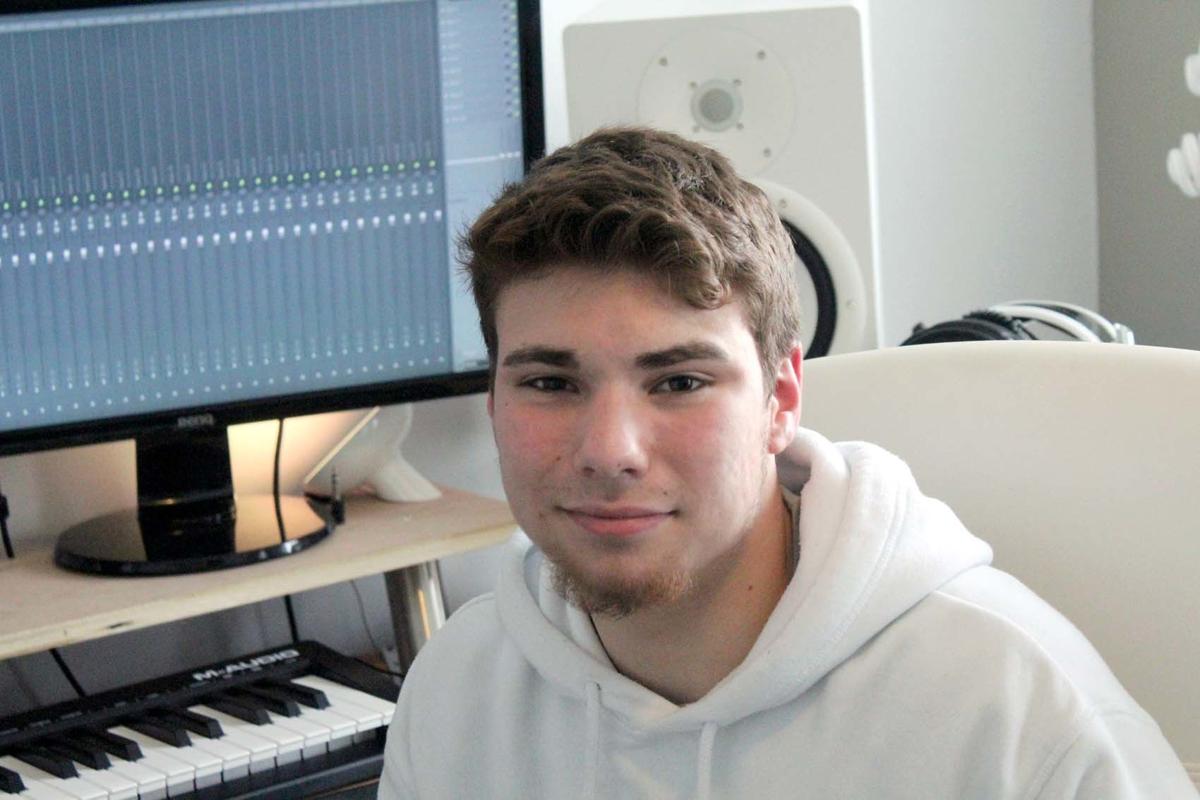 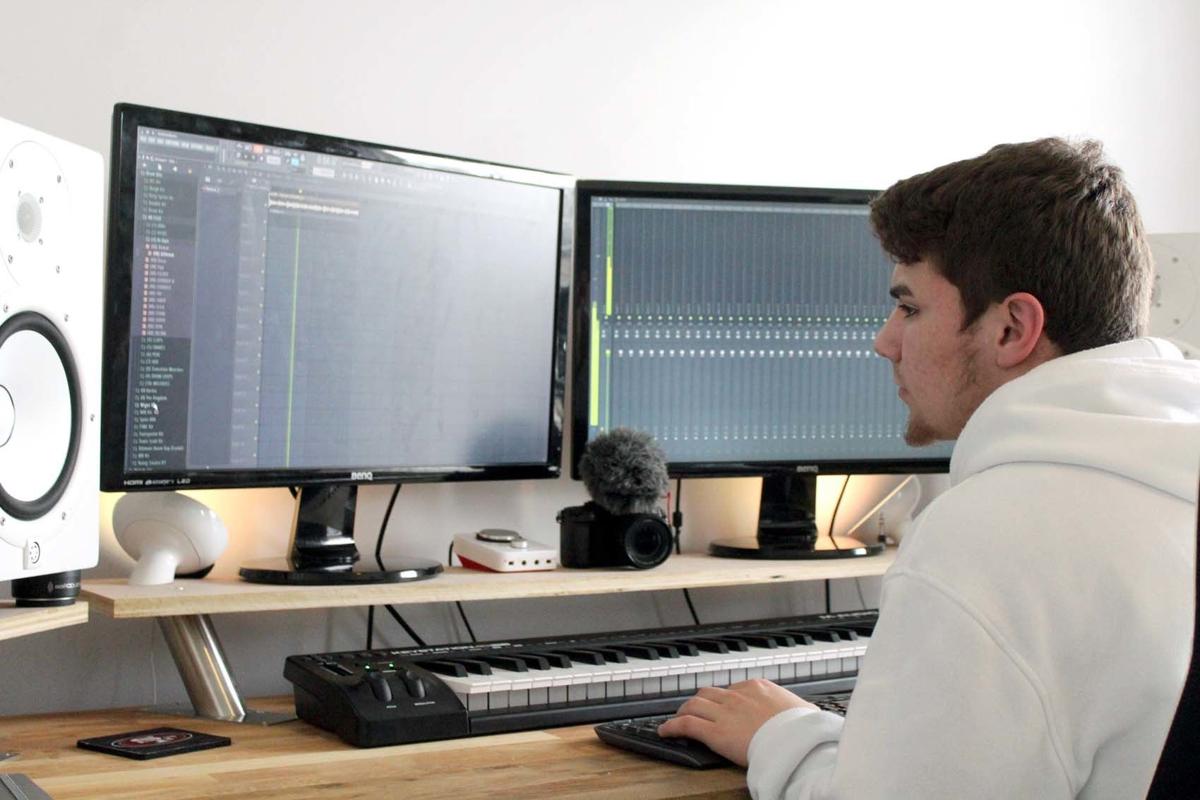 Central Hardin High School junior and aspiring pro­ducer Andrew Ibarra sat in his home studio on a Tuesday afternoon, experimenting with a virtual studio technology setting that emulated the sound of a string section.

He smiled while playing a C chord on his MIDI keyboard.

“I never knew that’d be pos­sible,” he said as the notes rang out from his studio monitors. “Like, I can sit here in my room and I can play an orchestra.”

Ibarra said initially he was inspired by Jon Bellion, a New York-based singer-songwriter, producer and rapper who posts videos on YouTube detailing his production process.

“I remember watching those maybe three years ago thinking ‘wow, that is really cool. I want to do that,’” Ibarra said.

Since then, Ibarra has been working on hundreds of beats, teaching himself how to operate the digital audio workstation software FL Studio. He primarily creates hip-hop and trap-inspired beats.

“Not only is it something fun to make but it also sells,” he said.

Selling beats is a recent endeavor for Ibarra. Going under the moniker AI Beats, Ibarra recently uploaded some of his beats to BeatStars, a music community website that allows producers to sell instrumental tracks to artists.

Since uploading his tracks, Ibarra has sold beats to artists hailing from Oklahoma to Flor­ida to Australia. He said though no songs have been released, he has kept in communication with these artists and has heard early song drafts.

“It’s so interesting to hear something I made here in my room with lyrics over it,” he said.

Ibarra also applies his inter­est in music to his involve­ment at Severns Valley Baptist Church in Elizabethtiwn. He works with the church’s student ministry and recently began playing keyboards for them on Wed­nesday nights.

Ibarra said learning musical structure through his involvement in church has helped him in his production endeavors.

“When I got put in that scenario I had to learn chords and all this other stuff that has definitely helped along the way,” he said.

“I think what a lot of people my age don’t realize is the influence you do have on younger kids,” Ibarra said.

Severns Valley Student Associate Pastor Zack Burke said Ibarra thrives in his role of connecting with children. He said the integration of music has made this connection even stronger.

“It’s been cool to see his passion come to life on-stage and off-stage,” he said. “Even as a junior in high school, our students look to him for advice.”

In addition to his role at church and his experience with music production, Ibarra also plays football for Central Hardin. He said he has been participating in the sport since he was 6.

Looking toward the future, Ibarra said he hopes to gradually accumulate production credits, eventually getting credits on songs by bigger artists. He said he dreams of one day producing for a living.

Until then, making beats serves as a great respite from the stresses of everyday life, he said.

“I like being able to make something new,” he said. “It’s becoming a stress reliever.”

Getting to know Andrew Ibarra

Pets: A poodle and a cat.