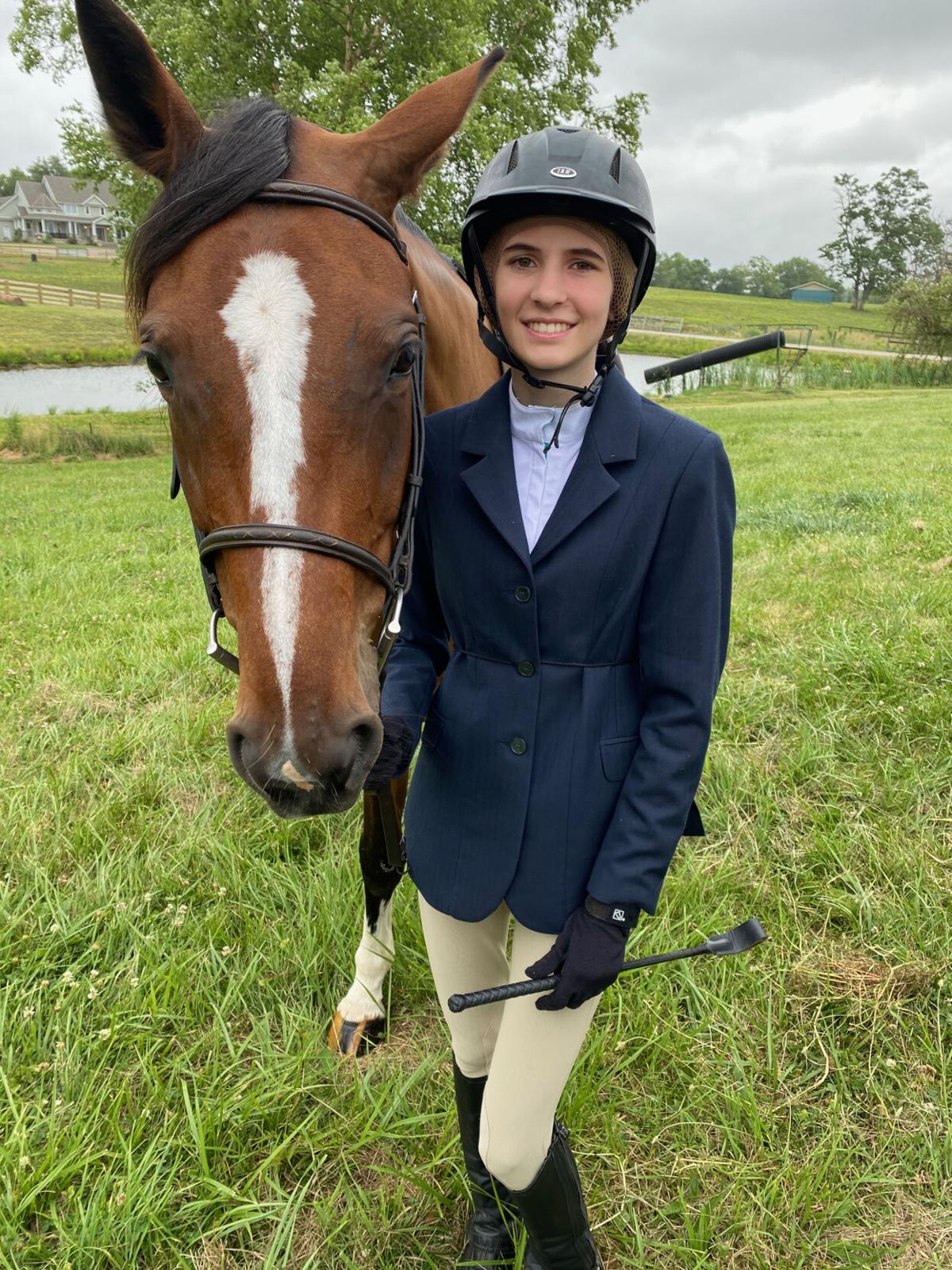 Catherine Brown and her horse Quinn. 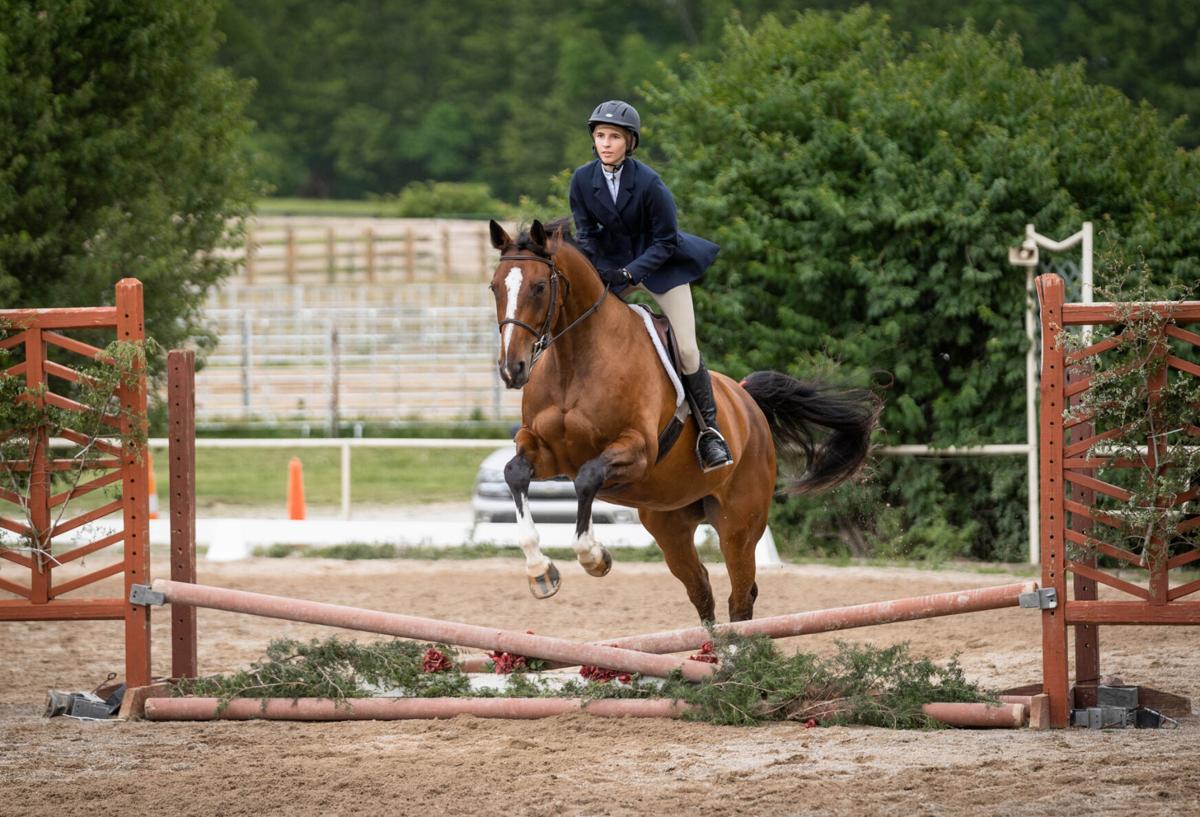 Catherine Brown and her horse Quinn jumping on a course. 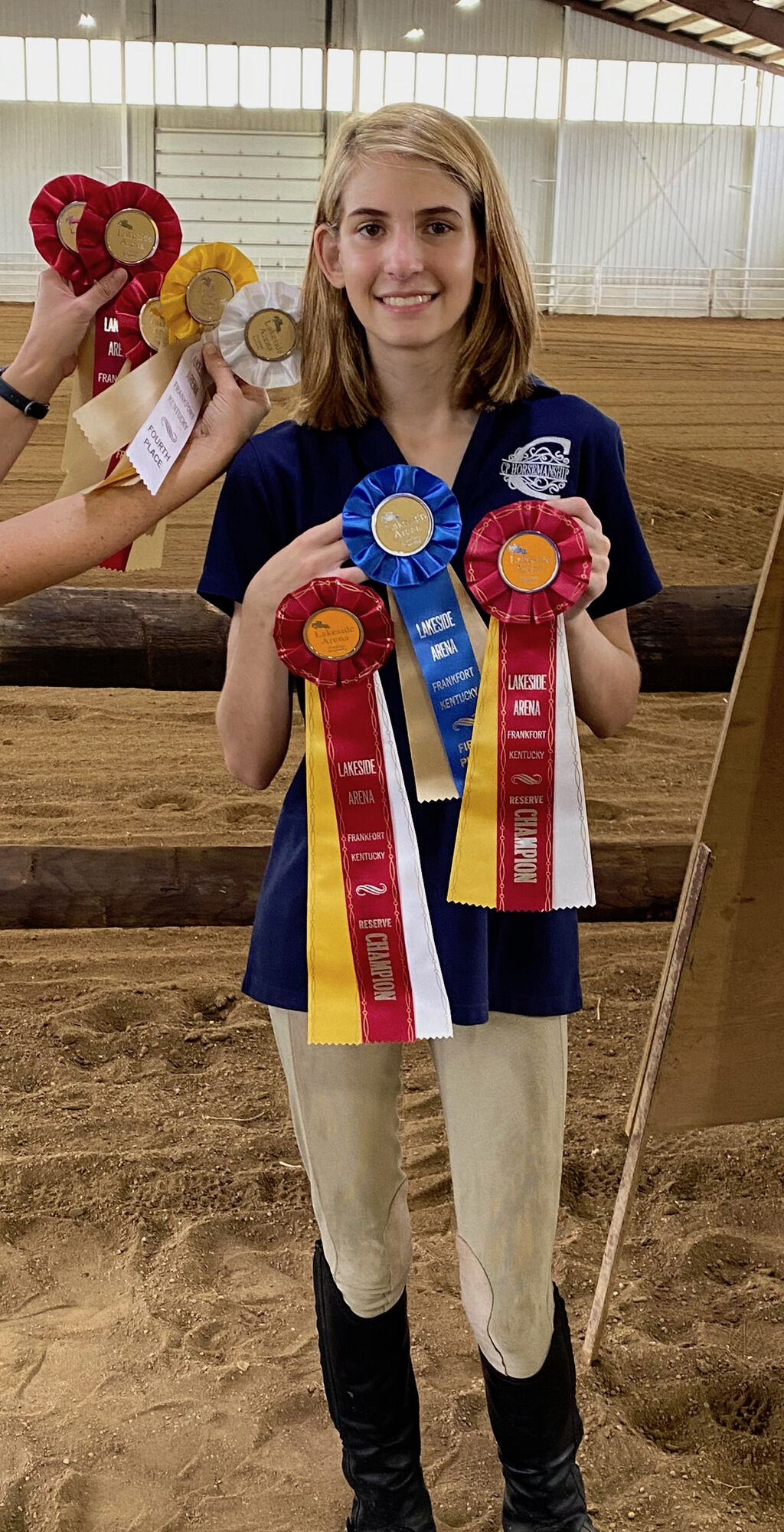 Catherine Brown holding some of her recent ribbons.

Catherine Brown and her horse Quinn.

Catherine Brown and her horse Quinn jumping on a course.

Catherine Brown holding some of her recent ribbons.

Catherine Brown, 14, has had some challenges in horse jumping but now that it’s back on track she’s experiencing great success.

The Elizabethtown High School freshman has enjoyed horses since she was younger, starting with western riding lessons at age 4.

By age 8, Brown decided she wanted to learn to jump and took English riding lessons.

For a while, she didn’t compete but changed her mind when she reached the sixth grade.

“The lesson horse I was riding was injured before the show season began that summer, so I wasn’t able to compete,” she said.

September of her seventh-grade year she got her own horse, Quinn, but the horse sustained a leg injury in January and she wasn’t going to be able to compete until spring.

“By the time her injury was healed, I had broken my shoulder going over a jump on a different horse,” Brown said. “Once both of us were healed, during the fall of my eighth-grade year, my trainer moved to a barn in Louisville.”

The setbacks kept piling on but Brown persisted.

Now 14, Brown spent a couple of months with a different trainer but decided to travel to Louisville to train with her original trainer. By that time, show season was over and she had to wait until the spring of 2020 to compete.

COVID-19 began causing events to cancel, including horse shows. Now, Brown had to wait until summer to compete.

Recently, things began to look up. Her trainer started a business back in Hardin County and on June 1, Brown finally had the chance to compete in her first Hunter Jumper show.

With the pandemic, some things changed in competitions.

“We have to wear masks at all times except while on the horse,” she said, adding there are fewer shows this year because of the pandemic. “No spectators are allowed which makes my grandparents sad.”

By her second show, Brown was a champion.

She competed at Lakeside Arena in Frankfort and won reserve grand champion in both divisions in which she competed. One of those divisions also included adults.

“It was nice to know that my skill was equal to theirs,” she said. “The wins boosted my confidence and increased my knowledge and experience in competition.”

Through all the challenges, Brown said she learned patience, perseverance and determination.

“It would have been easier to just forget about trying to compete and just spend time riding for fun, but I was able to gain confidence for two years so that this summer I felt excited and ready to finally compete,” she said. “I also learned how to laugh about the difficulties along the way.”

The win made her want to move up to a higher jump division to challenge herself.

Her mom, Amy Brown, said that as a parent, it’s been fun watching her daughter’s confidence increase.

“I didn’t grow up around horses so I typically get anxious every time she goes over a jump. But in the last few months, my anxiety has decreased as I see her focus and skill increase,” she said. “It’s been a great bonding activity for us as well.”

Amy said the chaos of COVID has changed their lives, school and social settings that could have created a negative impact on her daughter.

“But she’s said more than once that having the chance to ride Quinn is her happy place and it’s what she does to recharge,” Amy said.

Brown enjoys being able to demonstrate her skill as an equestrian at the shows.

“I had been hesitant to try higher jumps since I had never seen how Quinn would handle the competition arena, but my trainer told me recently that she can see a real difference in my confidence,” she said.

Brown jumped her highest fence with Quinn in a lesson recently, 2 feet, 9 inches.

“It felt amazing,” she said.

Brown has started dressage lessons to expand her skill in horsemanship.

She will compete next in the Ken­tucky Hunter Jumper As­so­ci­a­tion Fall Classic at the Kentucky Horse Park this month.

As far as horses go, Brown said she loves everything about them.

“I love riding, I love grooming, I love their personalities – each horse is different,” she said, adding she loves the feel of cantering in a field, especially when she’s had a hard day at school. “I love that they are 1,000-pound animals, but I can control their movement with a slight move of my leg or hand.”

When she’s not riding, she plays saxophone in the marching band, is active in the student ministry at Southeast Christian Church and takes art lessons with Regina Williams in Glendale.

Williams said she first met Brown in the summer of 2012 at her Nolin River Art Camp when Brown was 7.

“I remember her being tiny and so excited about being at art camp,” she said.

She continued coming to camp every summer and began weekly art lessons in 2016 with her best friend, Williams said.

“Creating art is wonderful but getting to do that with your best friend every week just makes it even sweeter,” she said. “I have been blessed to watch young Catherine grow into a beautiful young lady.”

Often, her love for horses and art collide, Williams said.

“I have loved that as I have watched her growth as a young artist,” she said. “Her passions have come out in her art.”