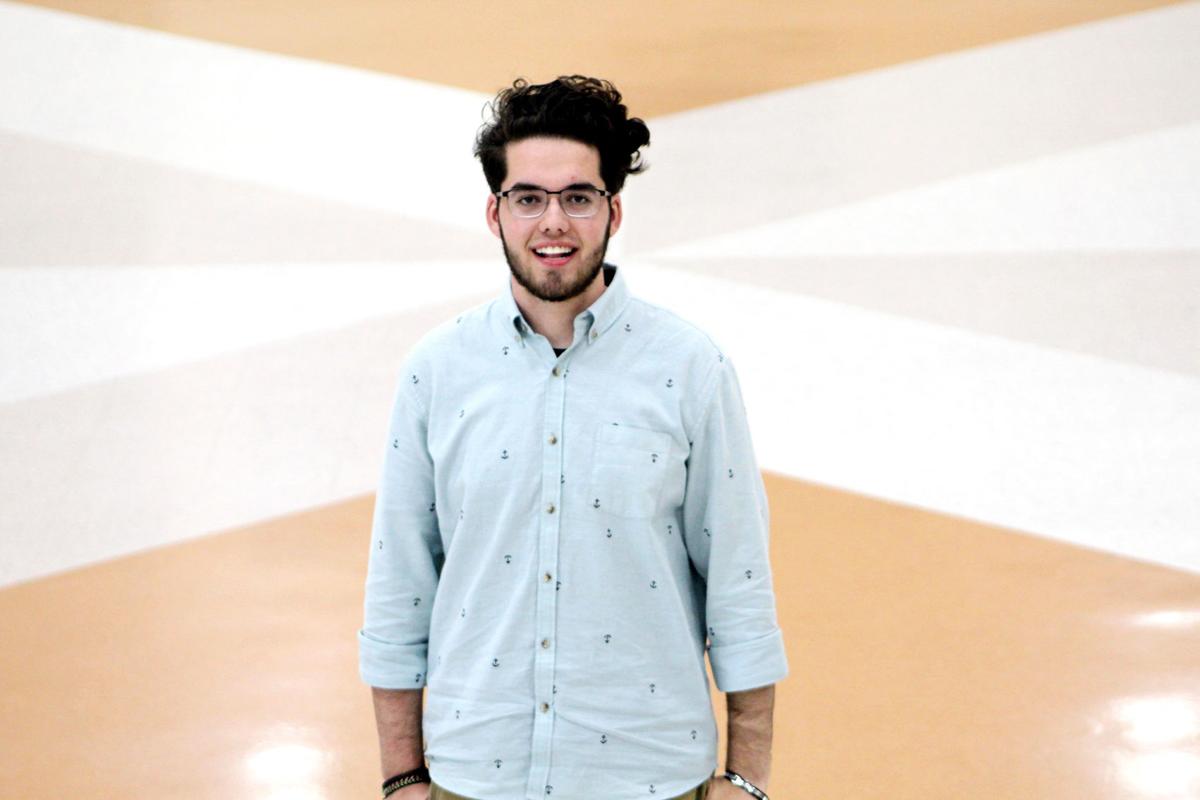 John Hardin High School senior Jacob Maddox serves as recruitment chair for Hardin County Teen Court, as vice president for John Hardin’s Beta Club and is involved in an assortment of other extracurricular activities at the school. He plans on either studying bioinformatics at Northern Kentucky University or chemistry at Baylor University.

John Hardin High School senior Jacob Maddox serves as recruitment chair for Hardin County Teen Court, as vice president for John Hardin’s Beta Club and is involved in an assortment of other extracurricular activities at the school. He plans on either studying bioinformatics at Northern Kentucky University or chemistry at Baylor University.

Throughout the years, John Hardin High School senior Jacob Maddox has thought of studying everything from paleontology to marine biology. At the moment, Maddox said his ultimate dream would be to one day work for NASA.

While that might seem like a big goal, Maddox already has earned a lot of recognition and achievements as a high schooler. He has been accepted into the University of Louisville, Baylor University and North­ern Kentucky University.

“I will literally start research on day one if I go to NKU, which is crazy, because you typically don’t do that until grad school,” Maddox said.

Until then, there is a lot locally that keeps him busy. For example, he serves as recruitment chairman for Hardin County Teen Court, a program he has been involved with since his sophomore year.

Teen court is a peer-run di­ver­sion program for juveniles who commit low-level crimes such as shoplifting, marijuana charges and criminal mischief. Members of teen court take on the roles of prosecutors, defense attorneys, jurors, bailiffs and clerks to determine disciplinary action.

“Just seeing the benefits it gives to our community is astonishing,” he said.

Maddox also serves as vice president of John Hardin’s Beta Club. Through the club, he has participated in several community service opportunities including food box drives, book drives and volunteering with Feeding America, Ken­tucky’s Heartland. In and outside of Beta Club, Maddox has accumulated more than 600 hours of community service.

“Beta definitely pushed me to get more involved with other volunteer opportunities,” he said.

“Even before he was in a leadership position, he showed this characteristic by always showing up early and staying late for events, by jumping in and assessing what needed to be done before even being asked and by encouraging those around him to join in and help,” she said.

Maddox said Beta Club also inspired him to get involved with the school’s Senior Advisory Council and Student Council, where he serves as secretary. Over the summer, Maddox helped create murals on the walls of John Hardin and New Highland Elementary School, collaborating with fellow students Meg Slatton and Sierra Lutz. They also created a mural in October for Tender Touch Senior Services in Eliza­bethtown.

Maddox channels his creativity through his involvement in John Hardin’s art club. Though he helped in the creation of the murals, Maddox said photography is his creative outlet. He said he enjoys photographing objects from unorthodox angles to show a unique perspective.

Maddox also uses his skills in photography when working as part of the school’s yearbook staff. He also is involved in Fellowship of Christian Athletes, the Gifted and Talented program and Students Against Destructive Decisions at John Hardin.

“Jacob achieves at high levels academically by taking challenging classes such as AP and he works hard to achieve at high levels in these classes,” Moore said. “Jacob also has an exemplary character. He sets a good example for those he is in class and clubs with.”

Getting to know Jacob Maddox