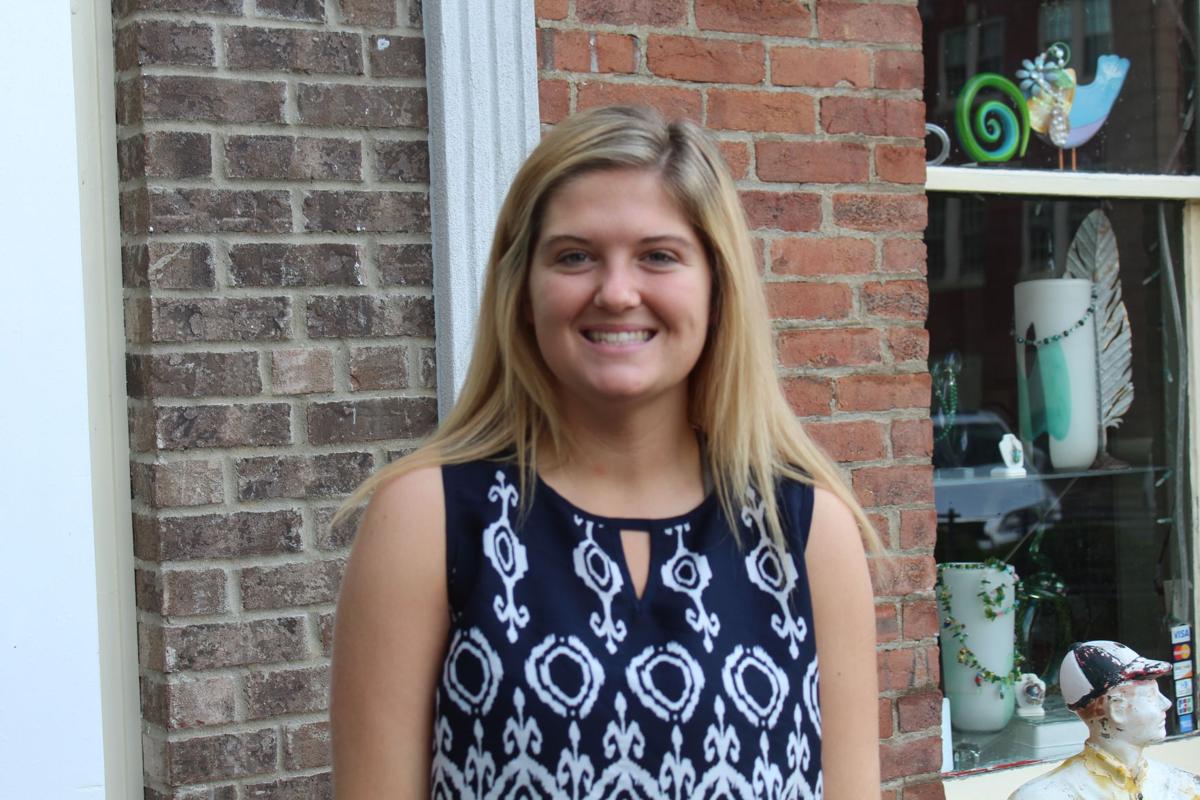 Elizabethtown High School graduate Carlie Oliver plans to earn a doctorate in physical therapy from the University of Kentucky. During her senior year of high school, she took part in a co-op program with Hardin Memorial Hospital, shadowing the hospital’s physical therapy personnel.

Oliver played for the Lady Panthers basketball team throughout her time at Elizabethtown High School as well as lacrosse.

Elizabethtown High School graduate Carlie Oliver plans to earn a doctorate in physical therapy from the University of Kentucky. During her senior year of high school, she took part in a co-op program with Hardin Memorial Hospital, shadowing the hospital’s physical therapy personnel.

Oliver played for the Lady Panthers basketball team throughout her time at Elizabethtown High School as well as lacrosse.

Experiencing a physical injury isn’t the most ideal method of figuring out your career path, but for recent Eliza­bethtown High School graduate Carlie Oliver, that is what it took.

Oliver decided she wanted to become a physical therapist after tearing an anterior cruciate knee ligament during a ski trip in Indiana when she was a sophomore.

“Let’s just say, I will never ski again,” she said.

Oliver said she admired the work of the physical therapist who helped her recover and felt a connection to the field. She said she also feels a kinship toward physical therapy because of her athletic experience.

“I’m pretty athletic so exercising is something that I like anyway,” she said. “Putting that into a career doesn’t sound too bad.”

Oliver played basketball for the Lady Panthers throughout high school. She said her senior year was her favorite, as she became a team captain.

As a team captain, Oliver said she learned a lot about leadership. She said though it could sometimes be a challenge to mentor younger varsity players, the team ultimately became stronger by the end of the season.

“It was hard at some points but we got it together,” she said.

Oliver also played lacrosse throughout high school. She played for three years on the Lady Marksmen community team and was a member of the high school’s inaugural Lady Panthers lacrosse team her senior year.

At EHS, Oliver also was involved in the school’s Y-Club, serving as a delegate during the Kentucky Youth Assembly and volunteering for Feeding America, Kentucky’s Heartland and various donation drives.

The daughter of Tracie and Eric Oliver – who currently serves as pastor at The Grove Baptist Church in Elizabethtown – Oliver has performed service work nearly her entire life. At age 5, she was in New Orleans for a week, helping a church group with relief efforts in the aftermath of Hurricane Katrina.

Oliver also has helped with relief efforts after Hurricane Harvey in Texas and has taken part in a mission trip at Calvary Campus in Eastern Kentucky.

Now that she’s done with high school, Oliver plans to attend Eliza­beth­town Com­munity and Technical College for two years and transfer to the University of Kentucky to earn a doctorate in physical therapy.

Oliver already has some experience in the field of physical therapy, as she spent her senior year of high school pursuing a co-op program with Hardin Memorial Hospital. Through the co-op, Oliver spent two hours each school day shadowing physical therapy personnel at the hospital.

“She was actively inquisitive with the staff about how we got into physical therapy, what it was that excited us about our career, what things we were interested in, growing and adapting professionally and learning how she can get where we are today,” she said.