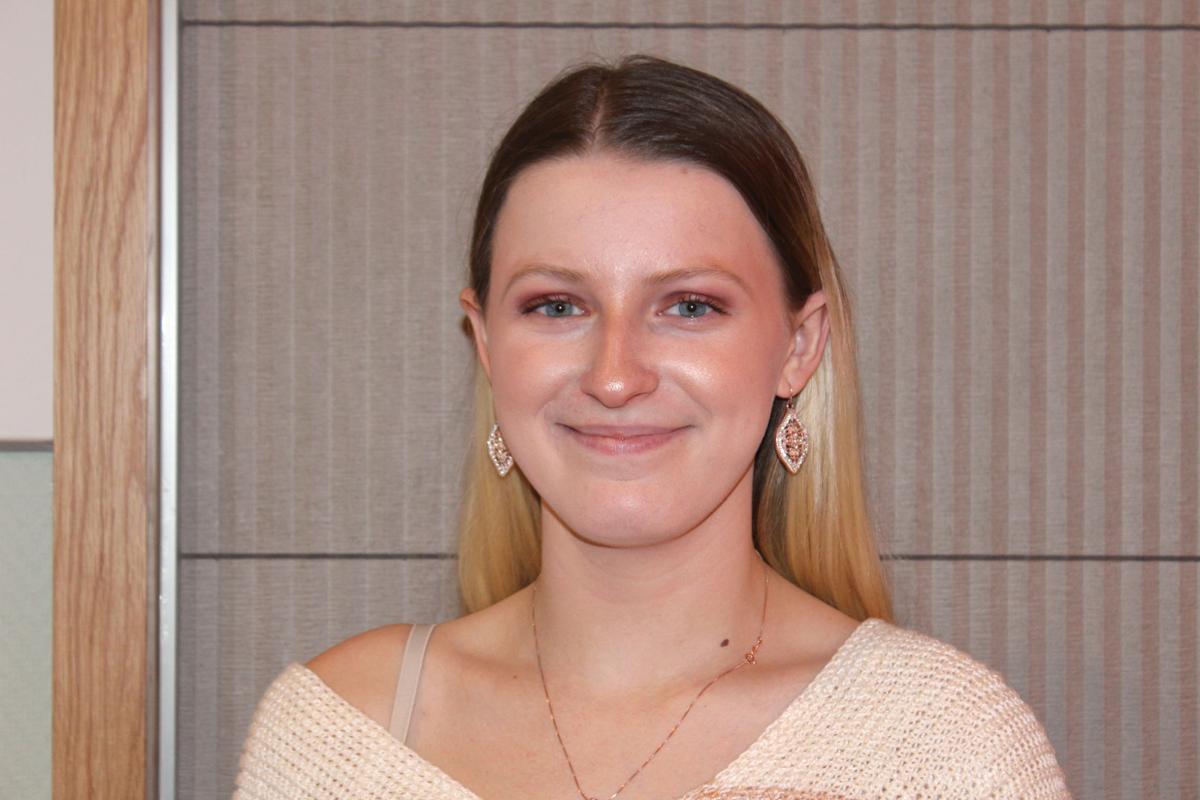 BECCA OWSLEY/The News-Enterprise Rhiannon Goodman is a Central Hardin High School senior who loves theater and choir. She also started a dance team at the school. 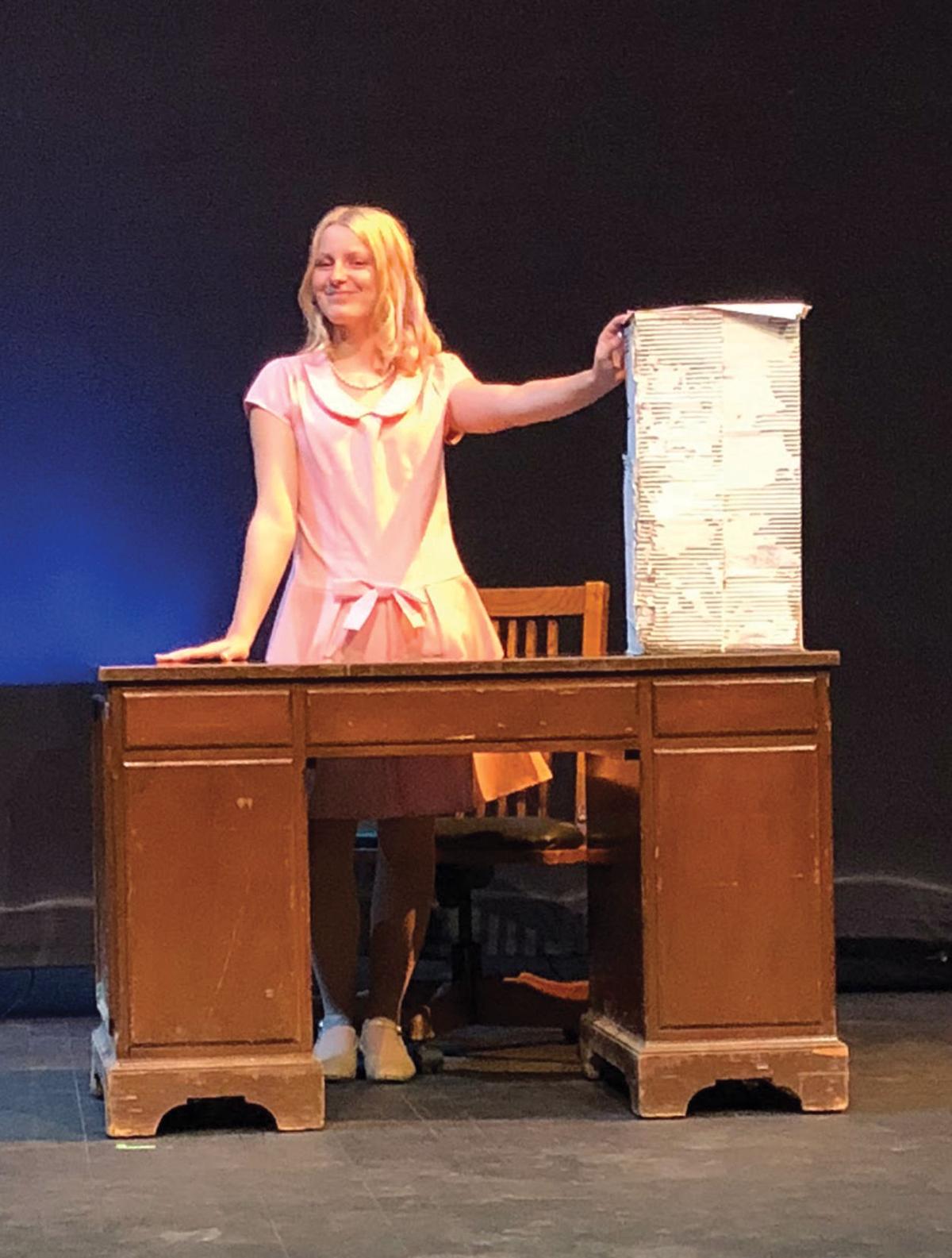 BECCA OWSLEY/The News-Enterprise Rhiannon Goodman is a Central Hardin High School senior who loves theater and choir. She also started a dance team at the school.

Rhiannon Goodman has been performing in one way or another most of her life.

The Central Hardin High School senior moved to Hardin County from Cali­fornia the summer before her fifth-grade year. Not long after that she joined choir.

At Central she is in mixed choir and is a part of the audition only chamber singers. She’s the section leader for the altos, which she really enjoys.

“Rhiannon is a true team player who always has a positive attitude and is an attribute to anything she is involved with,” choir director Brandon Centers said.

Goodman, 18, discovered theater her freshman year and her first show with the Central Hardin Drama Club was “Bring it On.”

That’s also when she learn­ed she could dance and started choreographing school musicals. She also has participated in Youth Theater of Hardin County and the upcoming production of “Addams Family” is the last show she can be in because of graduation.

Currently, she’s rehearsing to play Aunt March in the musical version of “Little Women” for the Central Har­din Drama Club.

Goodman said since Streep plays the role in the film it feels like an honor to share the same part with her.

“She’s probably the closest you’ll get to an antagonist in the show,” she said of the role.

Playing March, Goodman said she gets to wear a big period dress and act very proper.

“Rhiannon is the kind of performer who constantly strives to be better, both on and off stage,” drama club sponsor Sarah Dakin said. “If auditions don’t go the way she hoped, she’s the first to ask, ‘What could I have done differently?’”

Dakin said Goodman has natural leadership skills and has matured each year in drama club, choir and now the dance team. She’s learned you can’t just have a great idea, you have to cultivate relationships to work together, Dakin said.

“She has worked tirelessly for us as a choreographer and an understudy in addition to opportunities to see her on stage, and her current role of Aunt March in Little Women is proving to be a fun, against type challenge,” Dakin said.

Goodman said she hopes to make it big in movies one day.

“That’s my passion and what I want to do in my life,” she said. “I owe it all to theater. Theater is my life.”

Working with choreography in theater fed her desire to dance more and create a dance team at Central.

It’s the first year for the team. She said the group decided to use this year as a building year and not compete until next year. The dance team performs at pep rallies and basketball games.

She got the idea from a friend in Tennessee. They talked together about the process her friend went through to get that team approved and spread the word.

“I felt like it was a good idea because I love dancing and felt like I didn’t dance enough just doing musicals,” she said.

After playing with the idea and coming up with a plan, she went to school principal Tim Isaacs to start the dance team and then got a teacher sponsor.

The group has around 12 members.

“It’s not a big team but we all like each other. It’s like one big family,” she said.

Goodman held auditions and because everyone had great spirit they all made the team, she said. Team members had to get physicals and go through all the requirements of a school sport, she said.

“I learned how to be a leader,” she said of the experience.

She learned to take on responsibilities, choreography and to teach in a way others could understand.

Being the captain, she’s able to help the team and be friends with them, she said.

“I learned a lot of what it takes to start a team,” she said.

She’s going to Eastern Kentucky University in the fall and said she’ll do theater there but doesn’t think it’s a major available at the school. Instead, she wants to major in creative writing to write stories and books.

She said she’ll continue to audition for roles to build up her portfolio to fulfill her dream to become an actress.

Getting to know Rhiannon Goodman