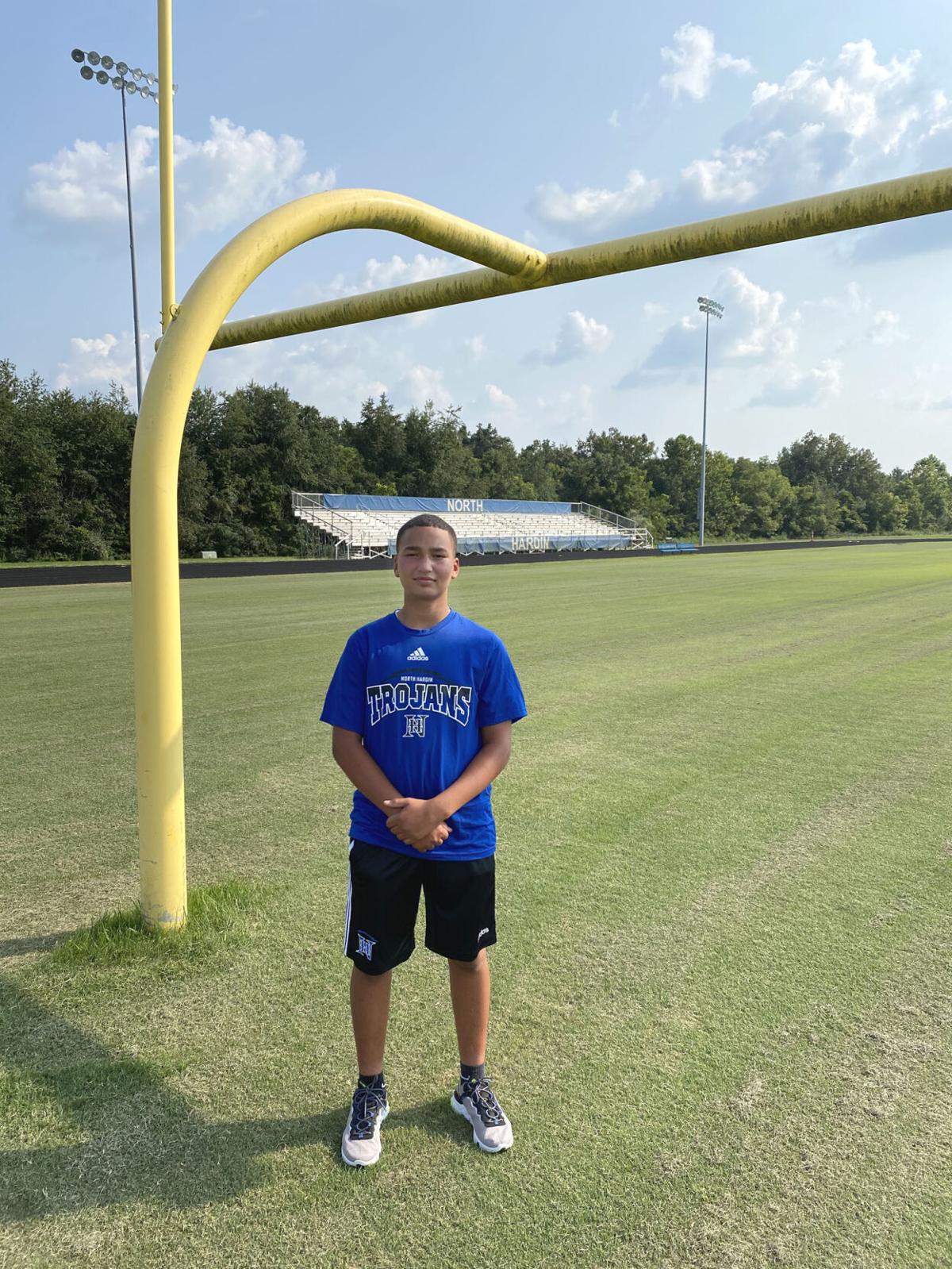 Submitted photos North Hardin High School freshman Tre Wright has spent the last four years taking part in livestock shows throughout the region. He also is involved in other activities such as 4-H, North Hardin football, DECA and FFA. 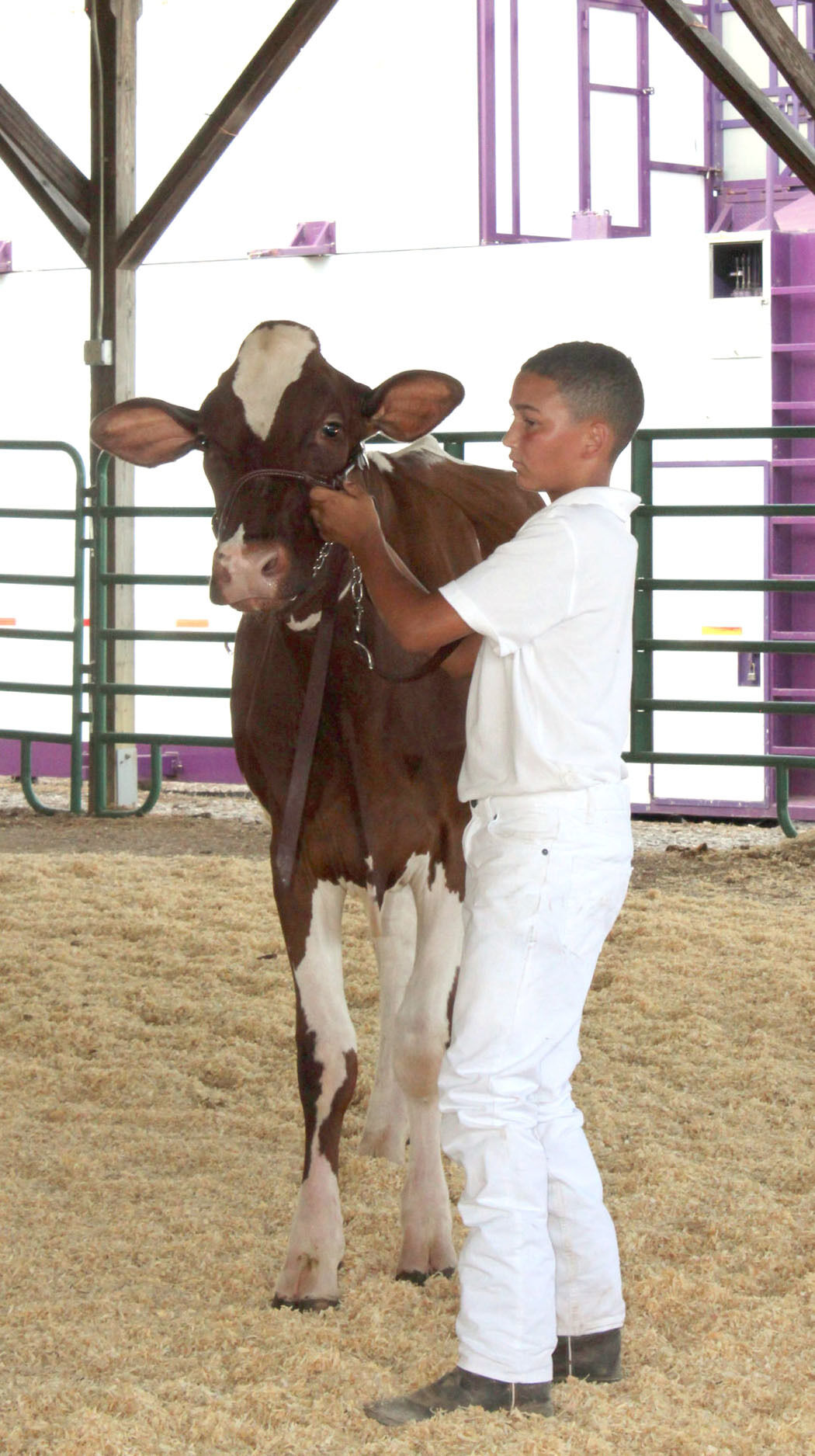 Submitted photos North Hardin High School freshman Tre Wright has spent the last four years taking part in livestock shows throughout the region. He also is involved in other activities such as 4-H, North Hardin football, DECA and FFA.

According to North Hardin High School freshman Tre Wright, the process of showing cattle at livestock shows often proves to be a full-time commitment.

“Showing requires that you work with your animals year-round and also start prepping for the shows a long time in advance,” he said.

Wright would know. At 14, he has spent the last four years of his life taking part in livestock shows throughout the region.

This was Wright’s fourth time competing at the Kentucky State Fair. He said though the fair usually includes a junior show and an open show, only a junior show was available this year and there were no spectators because of COVID-19.

Wright said traditionally, one of his favorite aspects of participating in fair events is the inter­action he has with spectators.

“We usually have a lot of people walking through the barns looking at the cattle,” he said. “We get asked a lot of questions and I enjoy being able to educate people on the ins and outs of dairy cattle.”

For Wright, showing cattle is a family tradition. He said he first became interested in the activity when his family competed at the World Dairy Expo in Madison, Wisconsin.

The expo traditionally attracts dairy cattle professionals and enthusiasts from around the world and includes cattle shows, trade shows and youth contests.

“Seeing my family show cows in the big arena at a national show is what started my interest,” Wright said.

Wright said his family farm mostly consists of Jersey cattle and his main responsibility on the farm is to care for bottle calves and work with young heifers to prepare them for shows.

Aside from his accomplishments at the Kentucky State Fair, Wright said one of his proudest moments in cattle showing so far was when he was included in the top five at the North American International Livestock Show last year in Louis­ville.

“One of the greatest feelings in the world is when you are in the show ring and the judge comes around and taps your animal, signaling that you have won,” Wright said.

Outside of raising and showing cattle, Wright also is involved in a variety of activities in and outside of school. These include 4-H, North Hardin football, DECA and FFA. He also is an honorary junior member of Central Kentucky Rods & Machines.

Through Central Ken­tucky Rods & Ma­chines, Wright participates each year in the Christmas for Kids Car Show. The show raises money for children in need throughout Hardin and LaRue counties via toy donations, an auction, entry fees and monetary donations.

Wright said last year, he donated a bicycle to the event’s auction, helped shop for children and helped deliver gifts and food baskets.

“It’s really important to give back to our community, especially to the kids,” he said.

Wright said regardless of whether or not he pursues a career in agriculture, his experience working with cattle has left a permanent mark on his values and work ethic.

“The main thing that I have learned is that it takes a lot of hard work and dedication,” he said. “It isn’t just a hobby, it’s a way of life.”