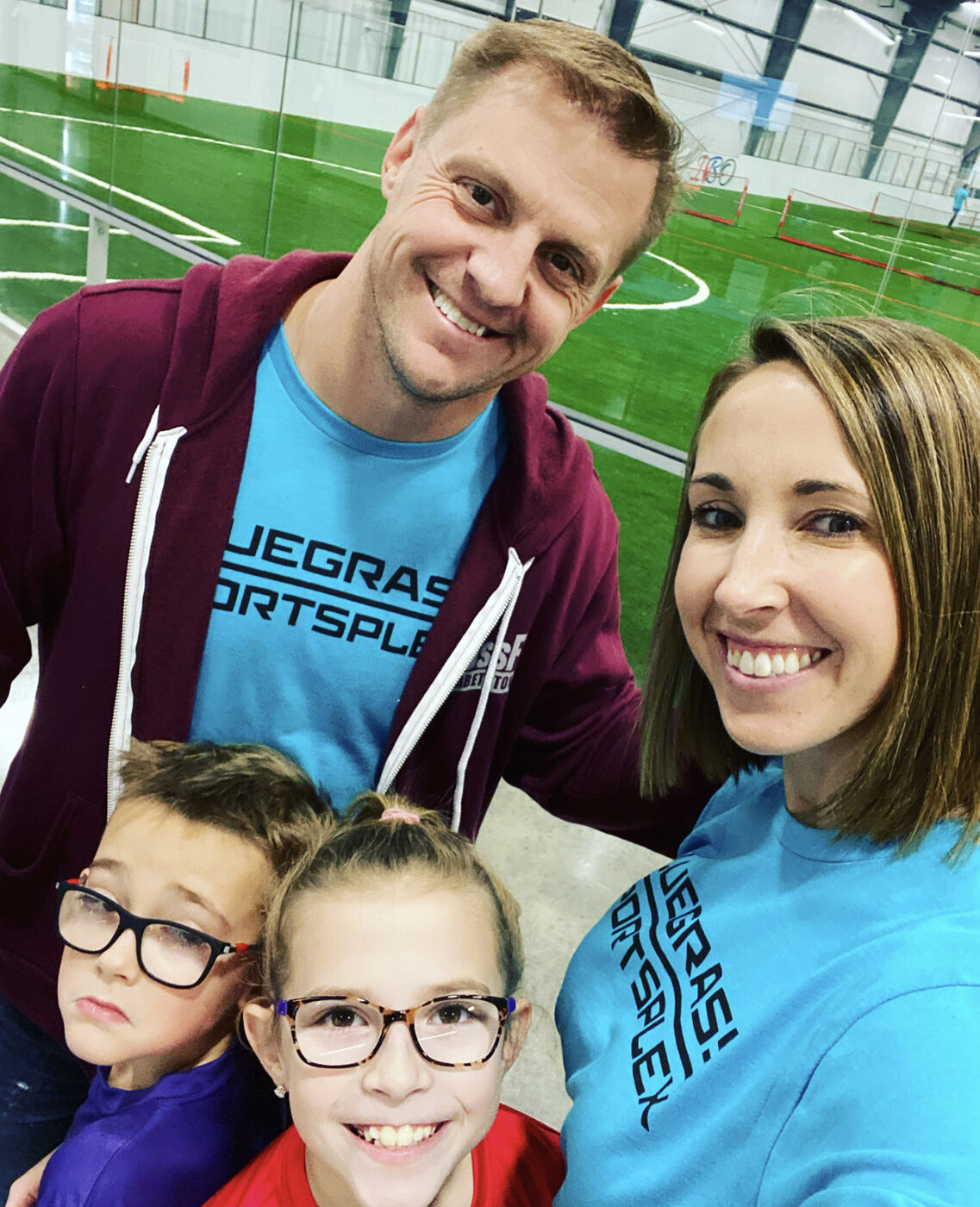 Cameron Davis, pictured with her husband, Todd, and children, Kyleigh and Hudson, serves as marketing director for the Bluegrass Sportsplex in Elizabethtown. She also is the founder of local nonprofit Birthday Smiles. 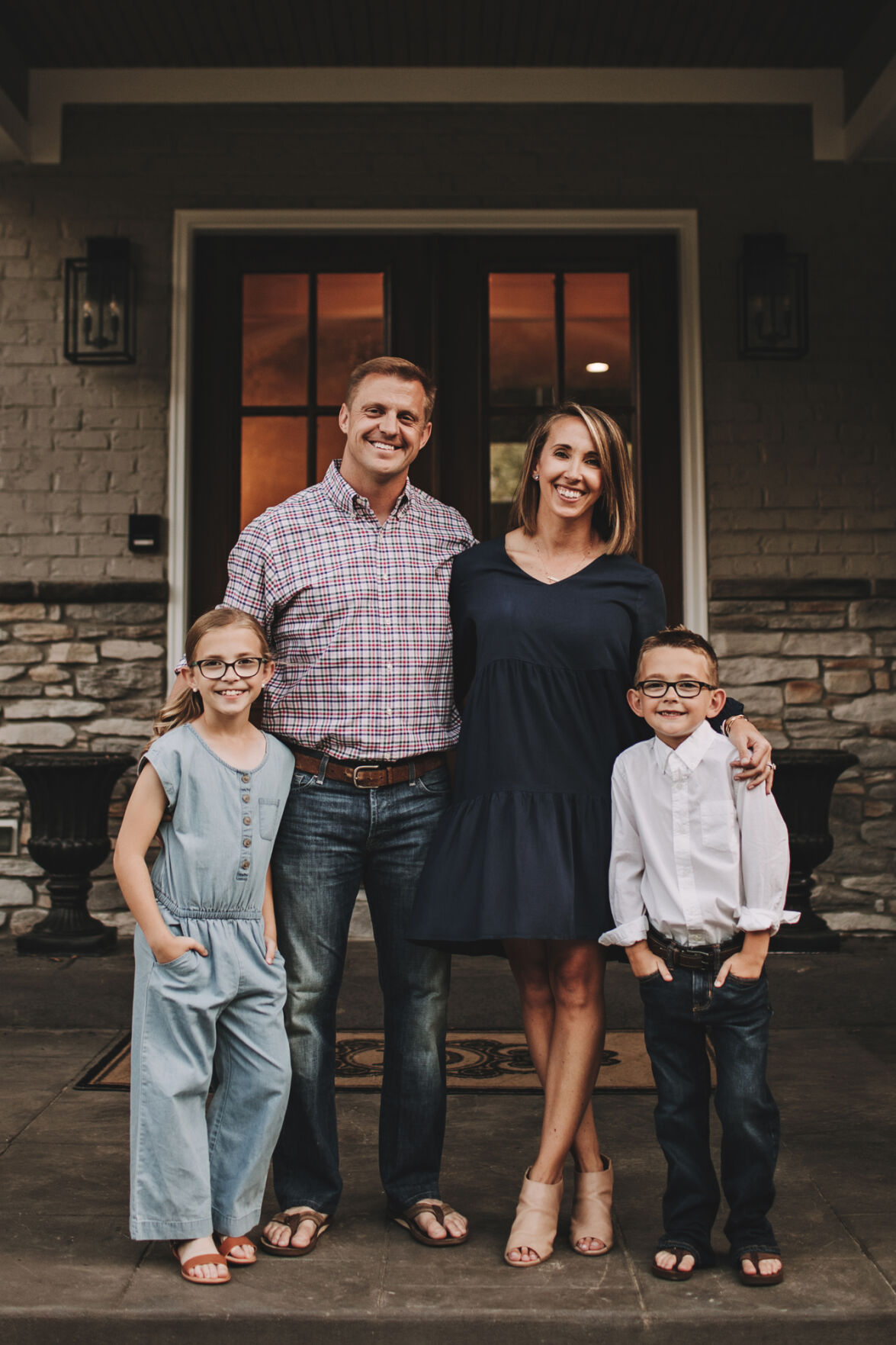 Cameron Davis gives back through her role on local PTO boards and through efforts at First Christian Church in Elizabethtown.

Cameron Davis, pictured with her husband, Todd, and children, Kyleigh and Hudson, serves as marketing director for the Bluegrass Sportsplex in Elizabethtown. She also is the founder of local nonprofit Birthday Smiles.

Cameron Davis gives back through her role on local PTO boards and through efforts at First Christian Church in Elizabethtown.

In almost all areas of her life, Cameron Davis provides opportunities for area youth.

One way in which Davis does this is through her role as marketing director for the Bluegrass Sportsplex in Elizabethtown. In this position, she handles social media promotion, assists in registrations and handles management duties such as staff scheduling, booking events and rentals and assisting with billings.

“Luckily, we have a great team so we all pitch in and help each other out wherever we are needed,” Davis said. “So, my role may look different each day but I think that is what makes it more exciting to be a part of.”

Because of COVID-19, the facility was forced to temporarily close after only eight weeks of operation, Davis said.

“A multi-million dollar facility with zero revenue coming in for 11 weeks was painful,” she said. “As soon as the governor announced gyms would be allowed to re-open June 1, we got to planning about how that would look for Bluegrass Sportsplex.”

Working within the confines of Healthy and Work guidelines, a six-week soccer and agility camp was established at the facility upon re-opening. A basketball and agility clinic also was formed. Davis said a similar program for baseball and softball also is being planned, along with a youth volleyball training program.

“Slowly but surely, things are getting back to normal for us,” Davis said.

Originally born in Fort Ben­ning, Georgia, Davis moved with her family to Elizabethtown in 1996. She attended college her first two years at Texas A&M University and completed her degree in business-marketing at the University of Kentucky.

“Even though I have made a few moves in my life, I call Elizabethtown home,” she said.

Outside of the Bluegrass Sports­plex, another major endeavor for Davis is the Birthday Smiles program. The initiative is designed to provide families in need with assistance in celebrating their child’s birthday. Working with area school family resource offices and Mission Hope for Kids, the program provides children with new clothes and a toy for their special day.

“We have the Angel Trees around town at Christmas time to help families in need – but what about when those same families are unable to do anything for their child on their birthdays?” Davis said. “I immediately started planning and getting papers filed, and Birthday Smiles became official later that year.”

Those interested in supporting Birthday Smiles can follow the program at facebook.com/birthdaysmiles2816. On the page, Davis posts monthly updates on how many children need to be sponsored.

“The community can message Birthday Smiles if they are able to sponsor and then I send the immediate needs and wish list,” Davis said.

Davis said one of the most memorable experiences from the Birthday Smiles program was when she learned about a young girl who was brought to tears after receiving a pair of jeans.

“The big reaction over a new pair of jeans just melted my heart,” she said. “Makes you thankful for your own blessings and your ability to help others.”

Through First Christian, Davis and her husband teach Sunday school, lead a small adult group and volunteer in various other areas within the church. Davis has helped in organizing family events at the church including an annual Breakfast with Mrs. Claus event and the church’s annual Easter event.

Over the last five years, Davis has helped organize the annual IF: Gathering at First Christian, a community-wide women’s conference.

Emily Fox, who has partnered with Davis on the gathering over the years, said Davis “embodies a true servant’s heart.”

“I’ve watched her heart be burdened for the needs of our community and then watched as she works to meet those needs,” Fox said.