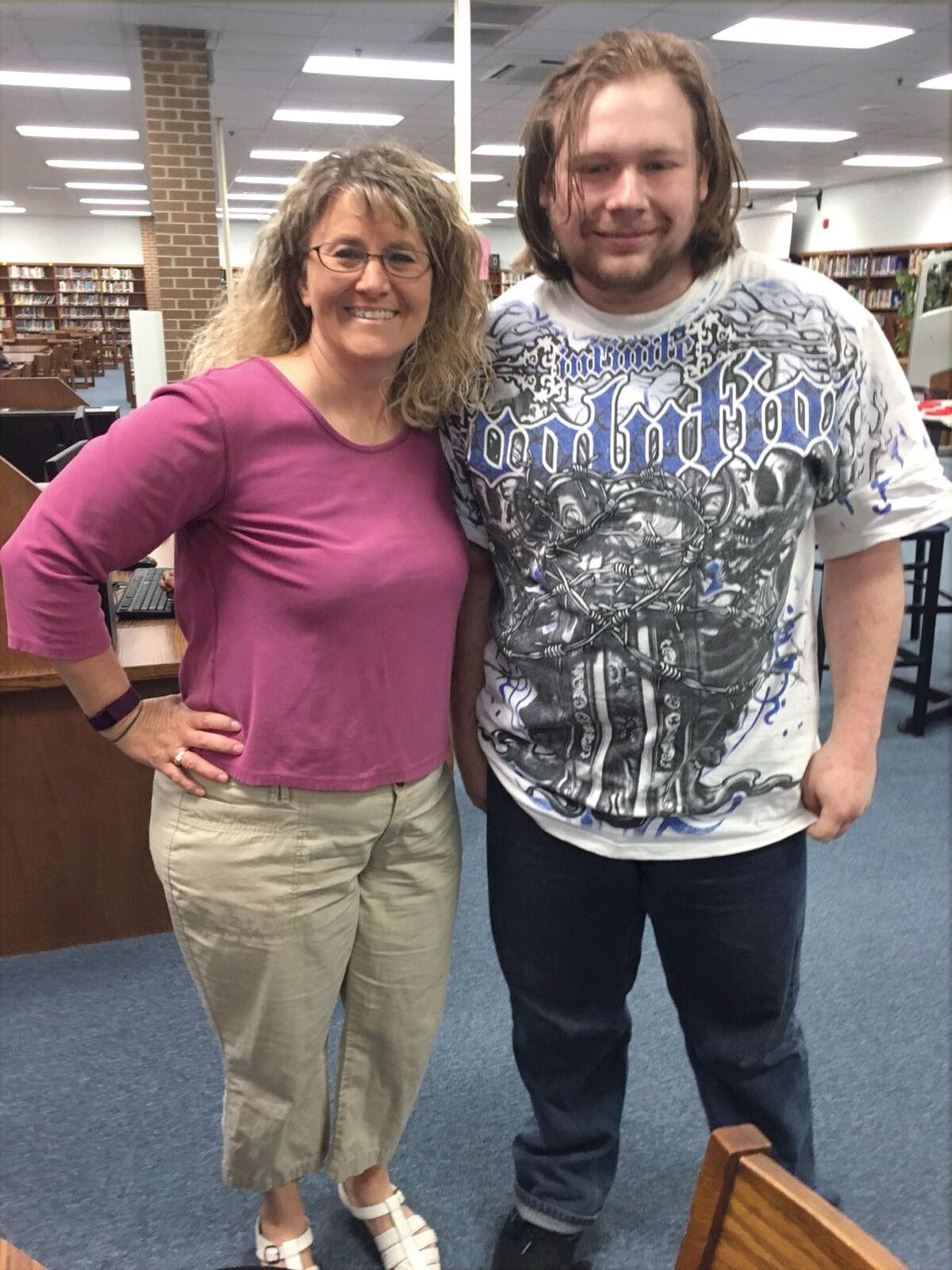 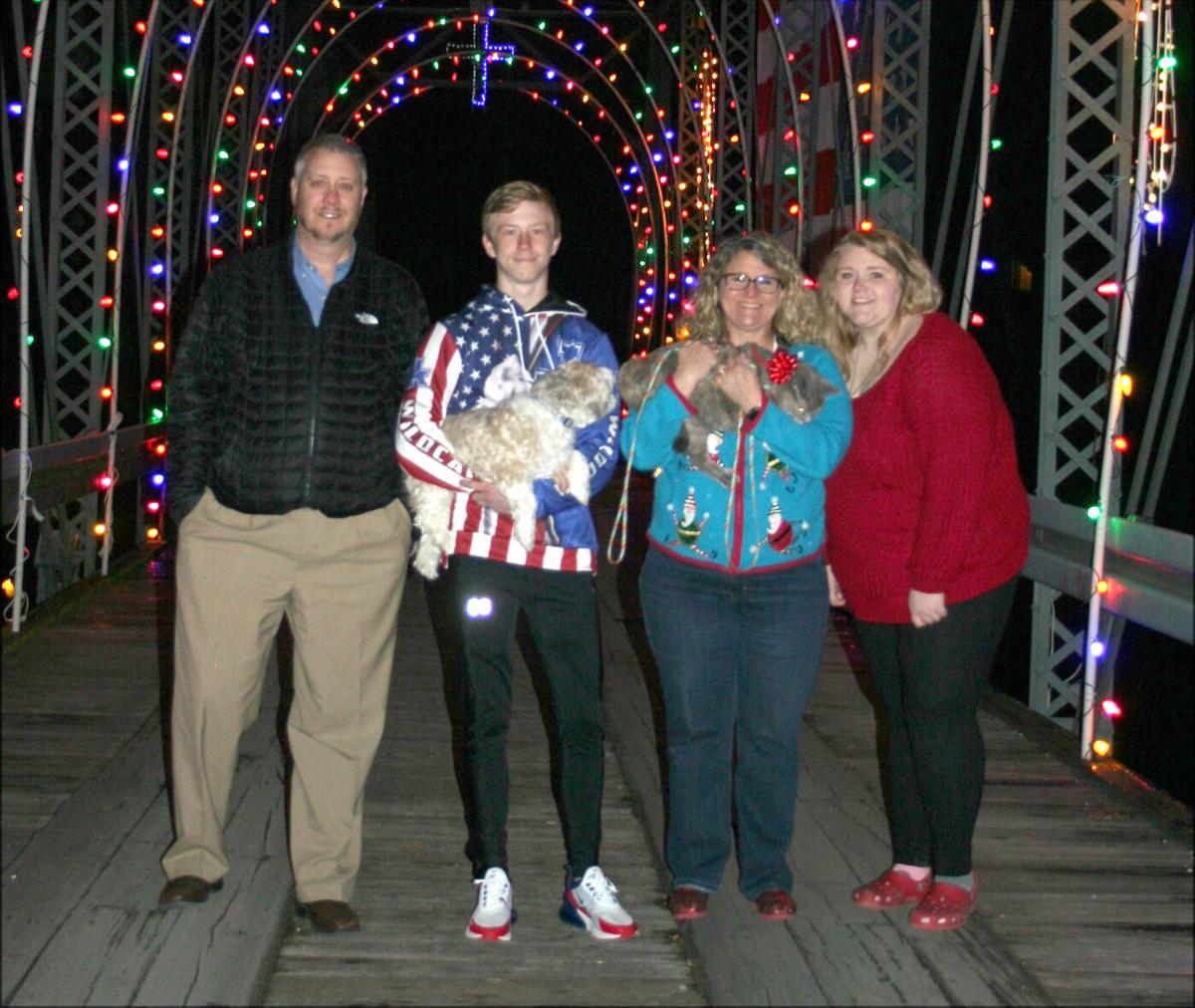 Angie Davis, second from right, holding her grandcat, with her family on the bridge at White Mills. Submitted 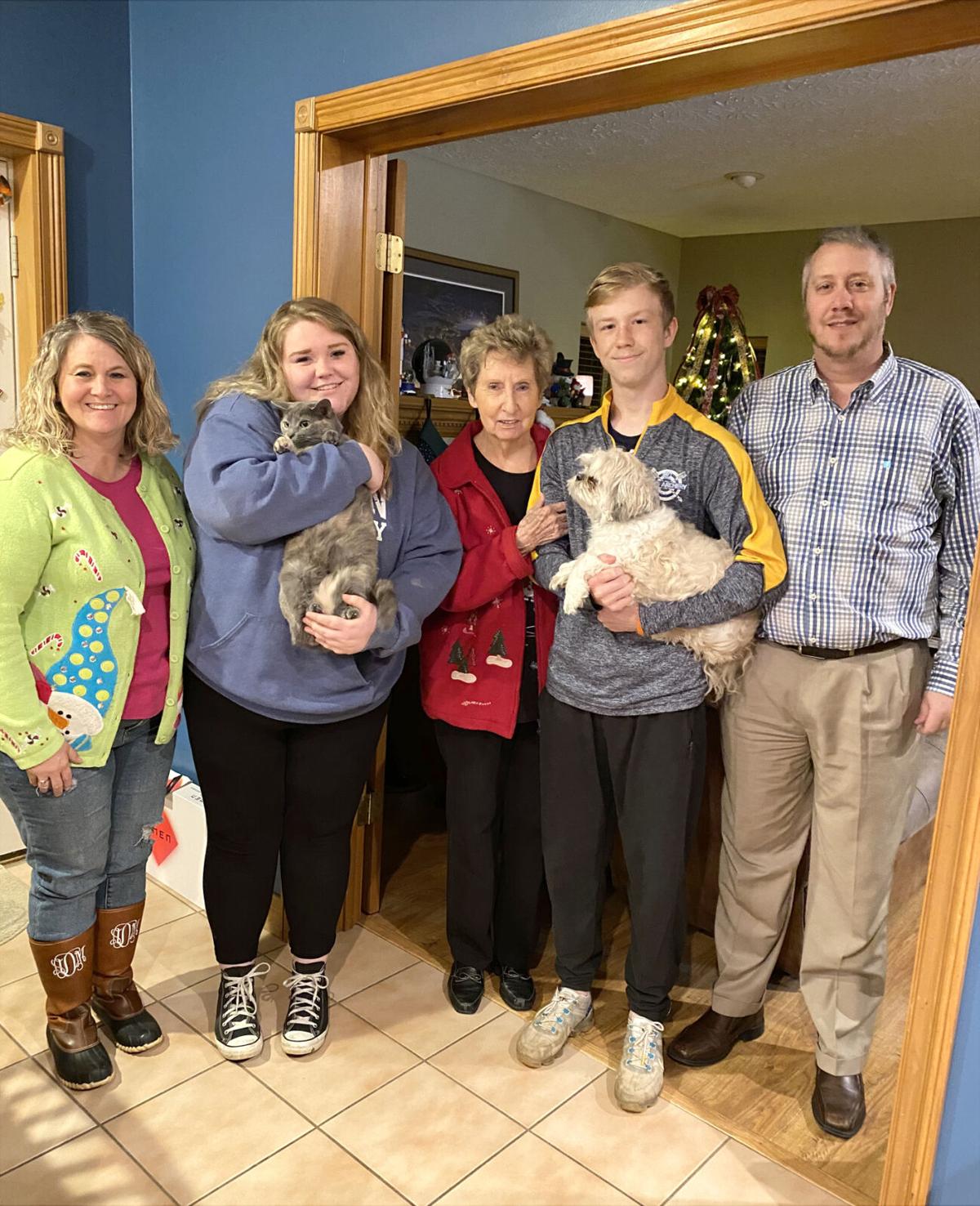 Angie Davis, left, posing for a photo with her family and pets.

Angie Davis, second from right, holding her grandcat, with her family on the bridge at White Mills. Submitted

Angie Davis, left, posing for a photo with her family and pets.

Central Hardin High School counselor Angie Davis sees her job as something that simply needs to be done.

Growing up, she said she had wonderful teachers and guidance counselors at West Hardin High School who influenced her current line of work.

It’s in that role she met a student she continued to help students post graduation.

“I met Orvie (Humes) the summer before high school and he was behind because of his cancer and treatments,” she said.

Before that, he wasn’t able to attend school and he finished a summer class.

She said his father, Raymond, told her the doctor said Orvie wouldn’t live to graduate from high school.

“Then Orvie began to tear up,” she said.

She said she looked at him and asked if he wanted to graduate. He answered “yes.” She told him if he was willing to work with her, they could get him to that graduation goal and help prove the doctor wrong and that he would graduate.

“He was a workhorse,” she said.

He’d take make-up classes, go to summer school and night school and met with his case manager during power hour. He made up the entire year he lost and graduated in 2018, she said.

“They just became part of my family and I’ve kept up with him through the years,” she said.

He called her an angel and family. “She’s been there for Orvie by doing a fundraising at school and she went to visit him through three or more surgeries,” Humes said. “If he needed anything she was there, good times and bad times she’s there.”

He said he has a hard time finding words to describe Davis.

“Any time you have an illness like that it makes you feel isolated,” she said. “Orvie was in the hospital for so long isolated from friends and family and I wanted to make sure he felt included and not forgotten.”

There have been several kids who have been sick at the school and Davis tries to send them all cards – to make sure they know they are being thought of and not forgotten.

“Angie is always positive and has a huge heart for everyone,” Central Hardin administrator Chastity Yates said. “Not only does she help students, she will go above and beyond to help the whole family if necessary.”

Yates said Davis has organized meals for faculty members when they were sick or had a baby.

“We all need to help each other,” Davis said. “It’s part of our Christian obligation to help our fellow man.”

With MS, Davis said she leaves herself a lot of notes and reminders, and takes time to rest as she works through her day. She was diagnosed five years ago.

Her mantra combines “I can do all things with Christ who gives me strength” and “God never gives me more than I can handle, I‘ve got this.”

Davis doesn’t think of her work as anything special – only that she's doing what she believes needs to be done. She grew up in the kind of family that feels they need to help and give, she said.

“We’re just supposed to help your fellow man,” she said.