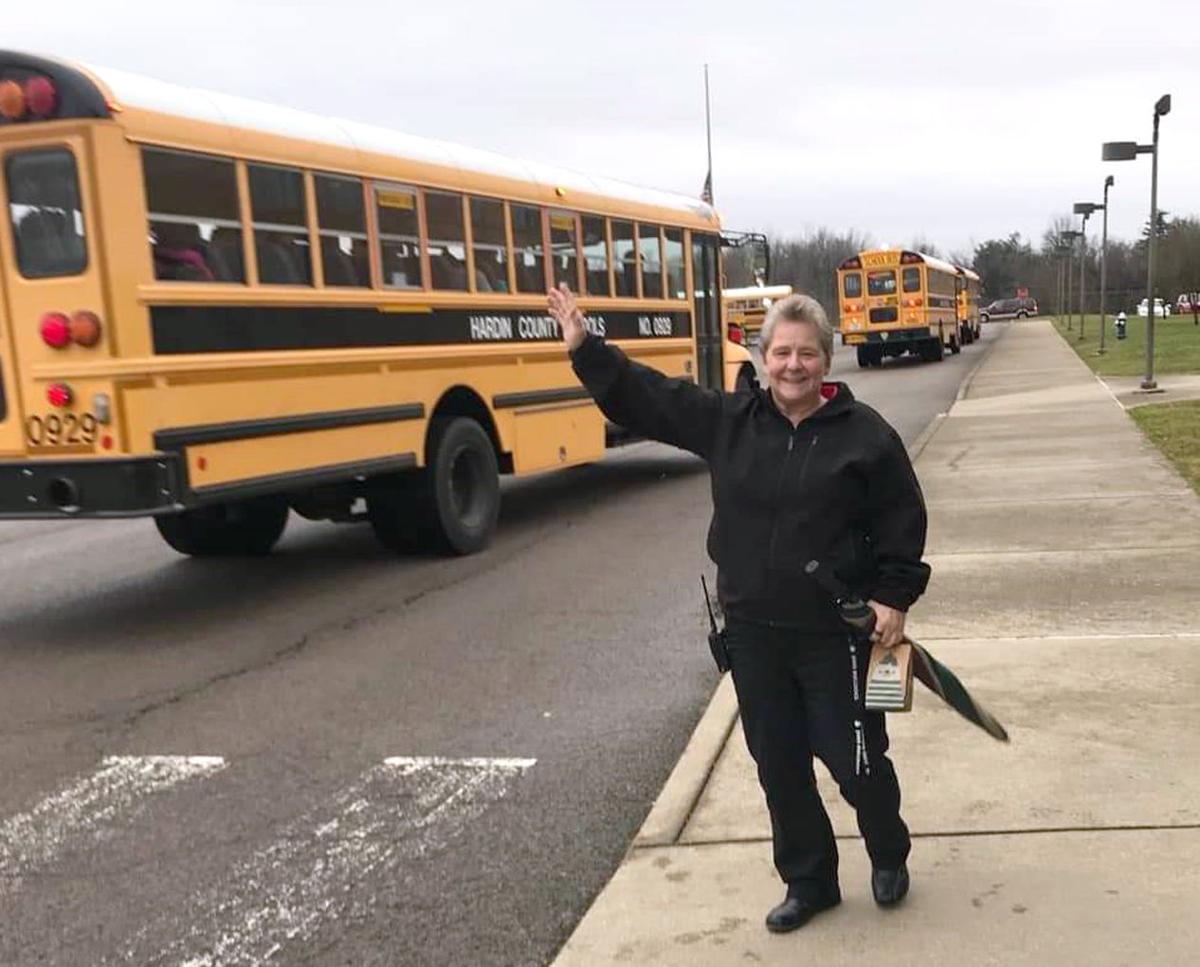 Fawnda Cox waves goodbye to school buses as they depart from the parking lot of John Hardin during her last day as assistant principal at the school. 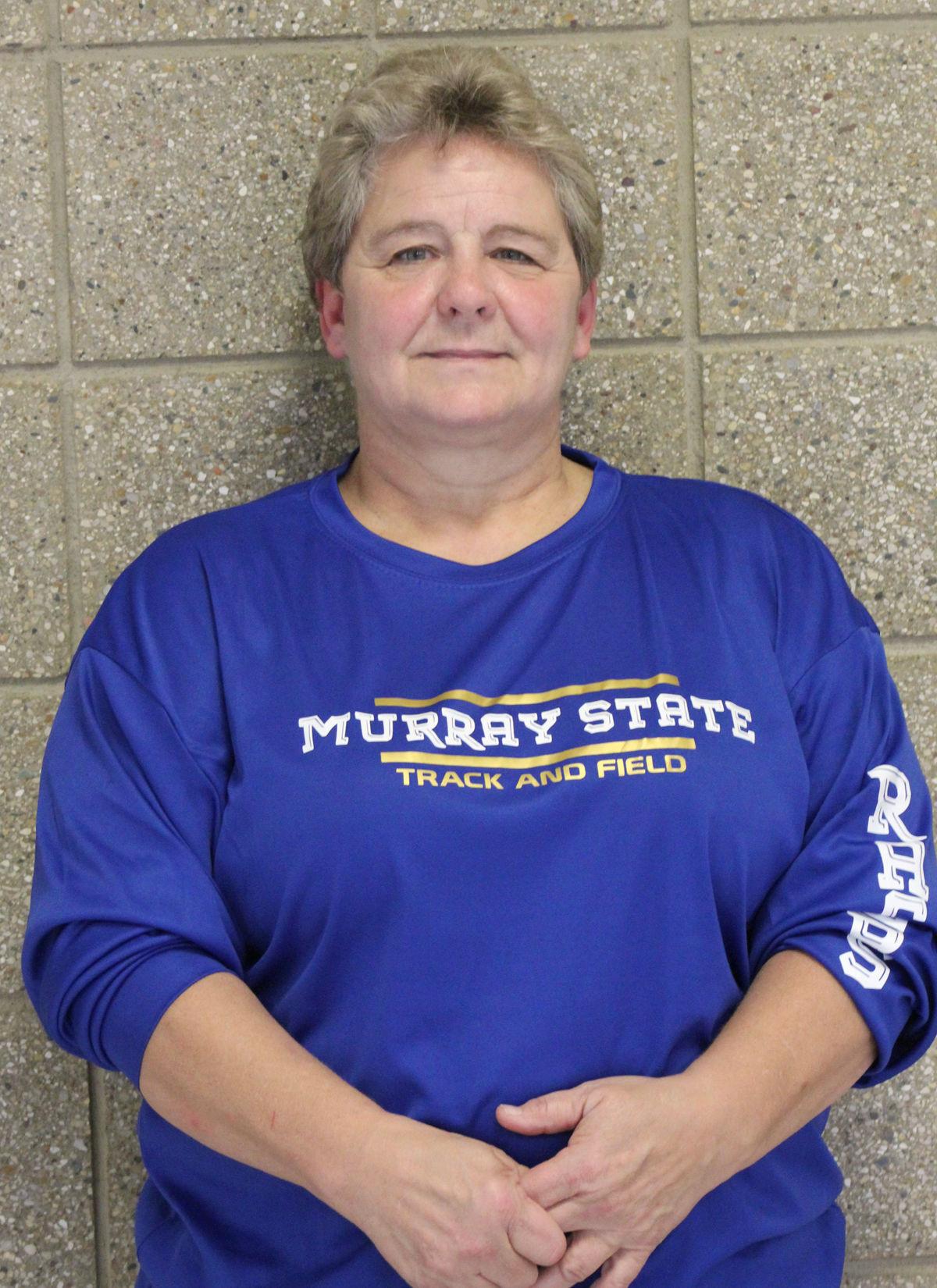 Although she retired last December while serving as assistant principal at John Hardin High School, Fawnda Cox came out of retirement this school year to serve as a math teacher until February because of a personnel shortage in the school’s math department. 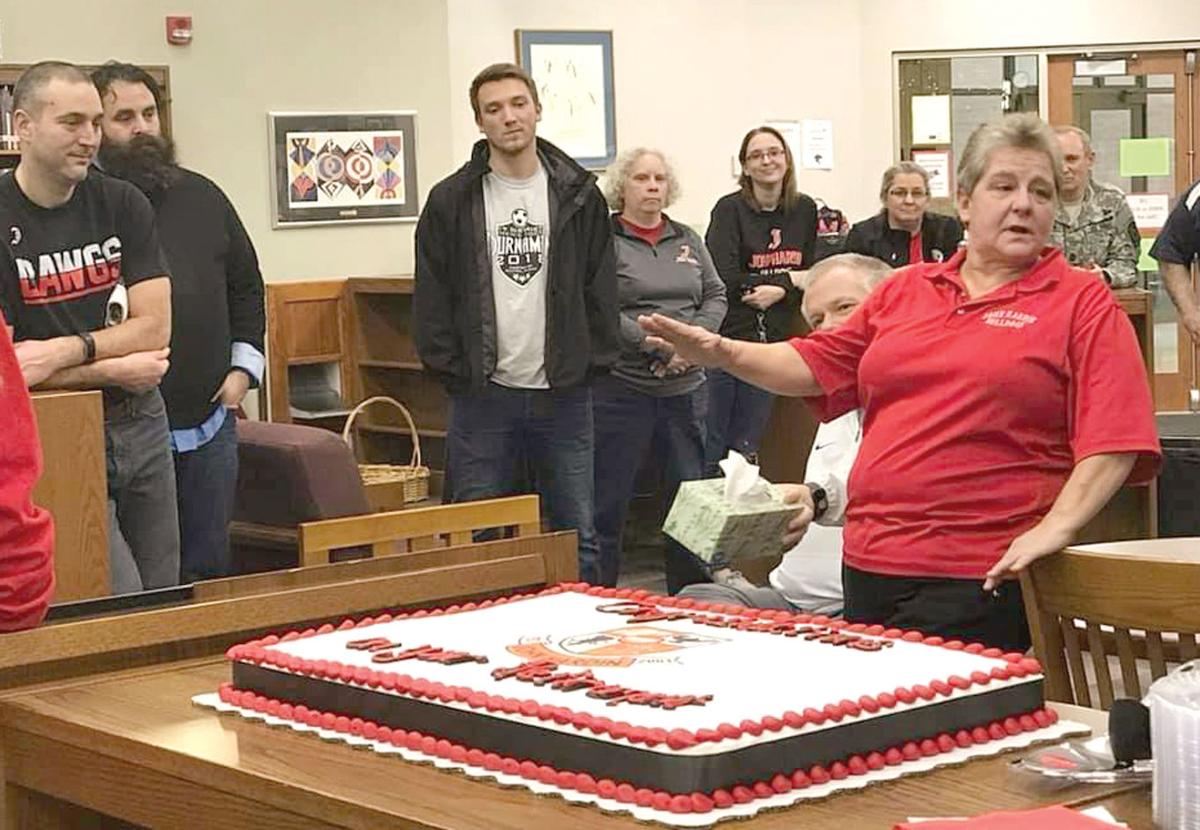 Fawnda Cox waves goodbye to school buses as they depart from the parking lot of John Hardin during her last day as assistant principal at the school.

Although she retired last December while serving as assistant principal at John Hardin High School, Fawnda Cox came out of retirement this school year to serve as a math teacher until February because of a personnel shortage in the school’s math department.

When she was informed about a shortage in John Hardin’s math department, Cox found herself in the classroom once again for the first time in 10 years. She will be serving as a math teacher at John Hardin until February.

Though it had been a long time since Cox taught math, she said everything came right back to her.

“Her return demonstrated a strong commitment to our high school, but more importantly, it shows just how much she enjoys and values having a positive impact on students,” he said.

Born on Fort Knox, Cox graduated in 1984 from North Hardin High School and went on to earn a Bachelor of Science degree in mathematics at Murray State University. Cox attended Murray on a track scholarship, competing on the Division I level. She later went on to earn a Master of Arts in Secondary Math Education in 1993 from Western Kentucky University and completed her Rank I and certificate for Principalship in 2005 from WKU.

Cox said initially she studied computer science in college, but decided to study education as an avenue to pursue coaching.

Cox started out her career at Bluegrass Middle School in 1990 before transitioning to North Hardin High School, serving as a math teacher for 18 years. She then served as principal at West Point Independent from 2007-11 and ended her career as assistant principal at John Hardin.

While at North Hardin, Cox served as a basketball, softball and track coach. She was selected as the Kentucky High School Coach of the Year through the Fellowship of Christian Athletes in 1993 and was inducted into North Hardin’s Athletic Hall of Fame in 2013.

After her tenure in coaching, Cox also balanced her work in grade school education with instructing at Sullivan University and Elizabethtown Community and Technical College for 10 years.

When it comes to her approach to education, Cox said she tries to emphasize the student more than the content. She said this philosophy also directly applies to her coaching style.

“Every kid has to learn at their own pace and in their own way,” she said. “It’s the same thing in athletics. If you have a team, everyone is at a different level but we have to somehow work together so that we can all get along.”

Shortly before retirement, Cox created her own vinyl business, creating custom signs, banners and apparel. Over the summer, she used her business to help Radcliff Elementary School prepare for its first day of the 2019-20 school year.

She donated around $1,500 worth of signs, banners and shirts to the school, welcoming students back.

“It was just so that when their kids come in they’re like ‘Wow, this is really cool’” she said.

For this act of generosity and for her service to Hardin County Schools, Cox was awarded with the HCS Stronger Together Award during the district’s board meeting in August.

Wells said both on an administrative level and in one-on-one interactions with students, Cox has excelled.

“We often joke about it, but I’m already trying to find a way to keep her around John Hardin next year,” he said.