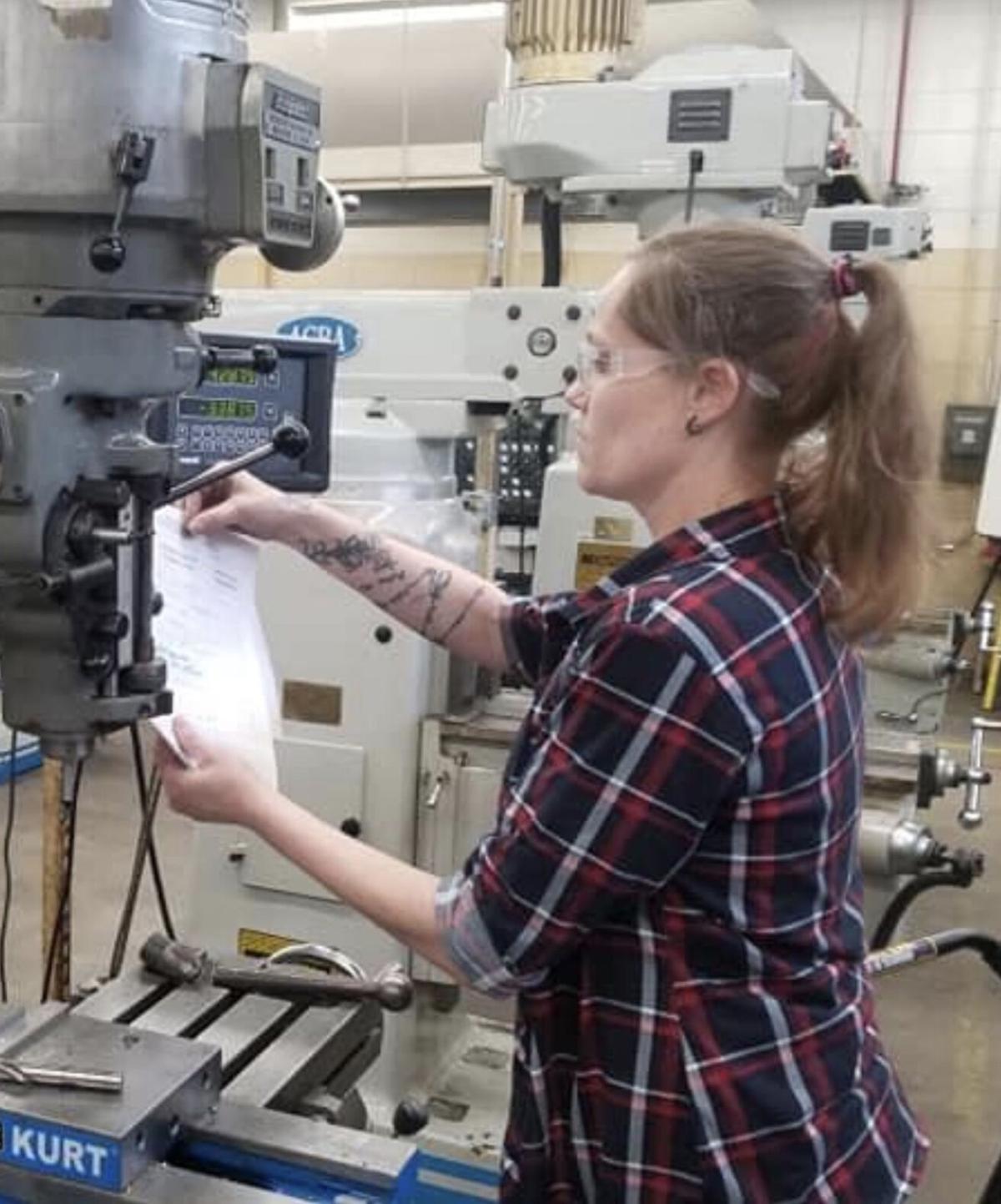 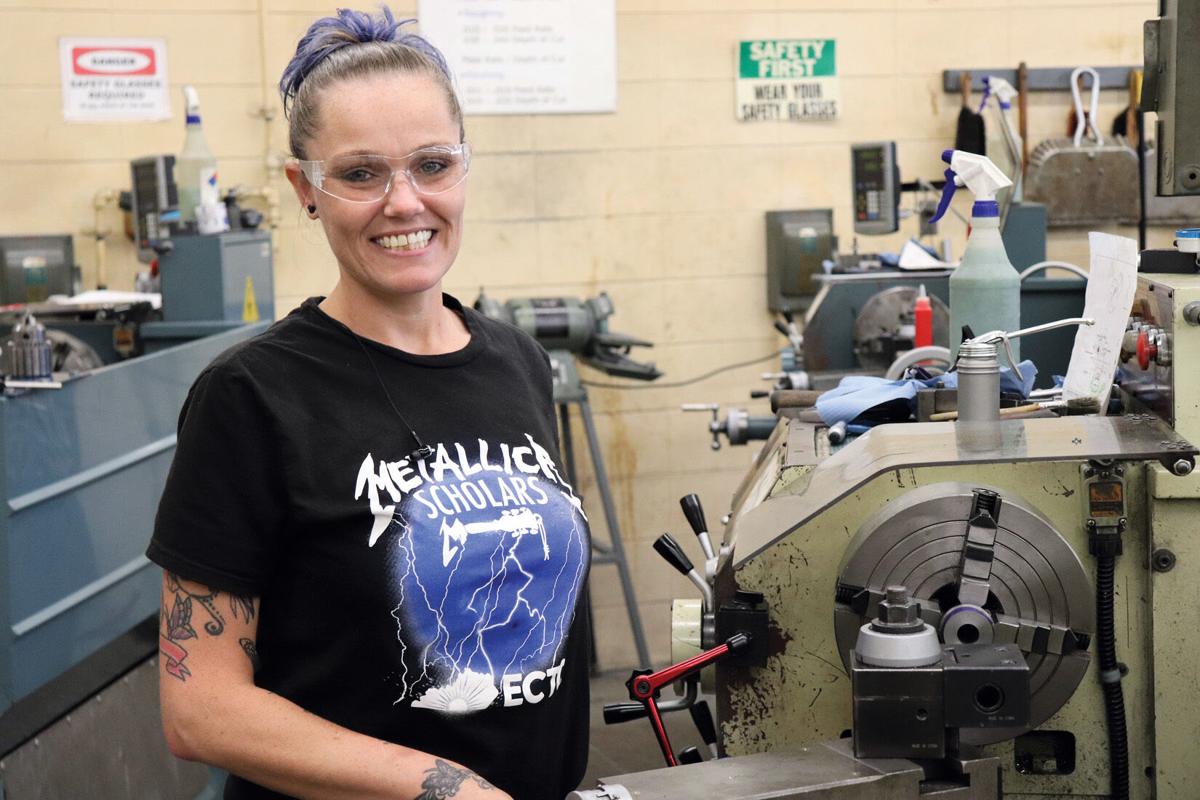 Jennifer Hampton of Elizabethtown was recognized earlier this month as an exceptional student by the Kentucky Association of Manufacturers. She is enrolled in the Computerized Manufacturing and Machining program at Elizabethtown Community and Technical College.

Jennifer Hampton of Elizabethtown was recognized earlier this month as an exceptional student by the Kentucky Association of Manufacturers. She is enrolled in the Computerized Manufacturing and Machining program at Elizabethtown Community and Technical College.

After 13 years of working for Akebono Brake Corporation in Elizabethtown, Jennifer Hampton decided it was time to take the skills she learned in manufacturing and apply them to higher education.

A single mother raising three children, Hampton enrolled in the computerized manufacturing and machining program at Elizabethtown Community and Technical College in January.

“After 13 years and my kids growing up and getting in to what they want to do when they grow up, I was like ‘Man, I don’t even know what I want to be when I grow up,’” Hampton said. “So, I had to do some searching and figure out what I wanted to do.”

Earlier this month, Hampton was recognized as an exceptional student by the Kentucky Association of Manufacturers. Grant Logsdon, computerized manufacturing and machining program coordinator at ECTC, nominated Hampton for the recognition.

Growing up in Boston, Ken­tucky, Hampton moved to Eliza­bethtown shortly after graduating from Bardstown High School in 2002. Throughout her time working for Akebono to support her children, Hampton said she had to adjust to working in a male-dominated field.

“I’ve always just been that woman in a man’s world,” she said. “I worked with a bunch of men and they’d look at me weird sometimes until they got to know me and then realized I was there to do the same thing they were.”

Hampton said her work at Akebono inspired her to learn more about what goes into programming, running and maintaining industrial machinery.

“I would always stand and watch our engineers or our maintenance guys when we had problems and look at the stuff that they did and it intrigued me,” she said.

In August, Hampton was one of 60 ECTC students awarded a scholarship from the Metallica Scholars Initiative for advanced manufacturing. The scholarship is a partnership between the metal band’s All Within My Hands Foundation and the American Association of Community Col­leges.

After earning her degree from ECTC, Hampton said she hopes to locally open her own machine shop.

“I want to have something to pass on to my kids,” she said.

Logsdon said despite the challenges that come with attending college full-time while raising a family, Hampton has maintained a 4.0 GPA in her machining classes.

“Juggling between being a mother of three school-aged children and a full-time college student can definitely have its challenges but Jennifer is up to it,” he said.