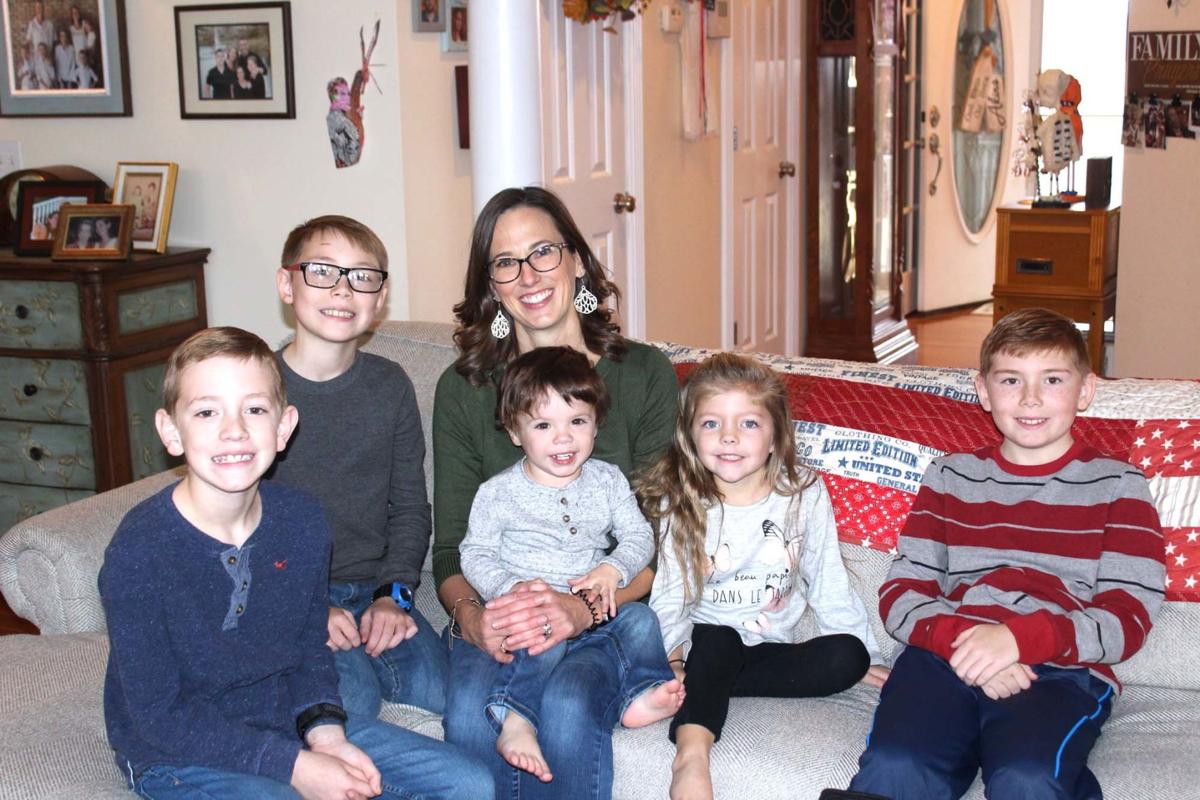 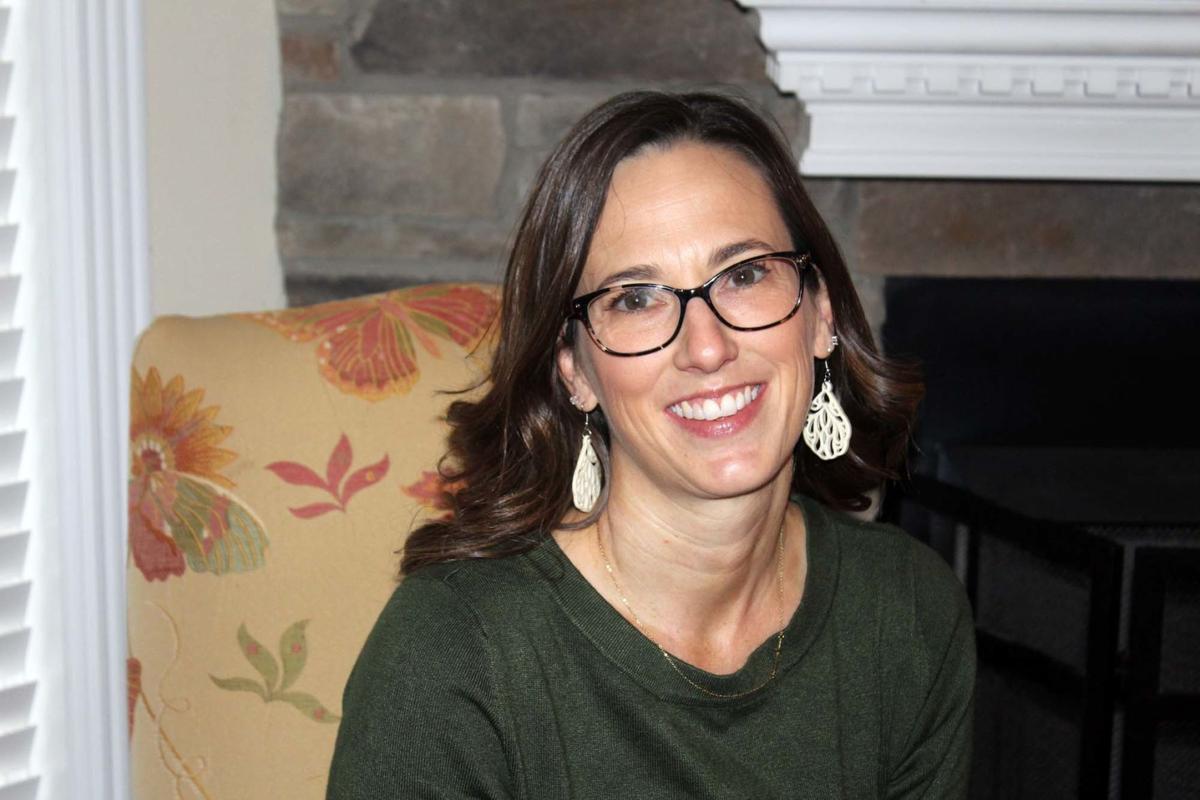 Julia Akin is a mother of five, home-school teacher, author and blogger. 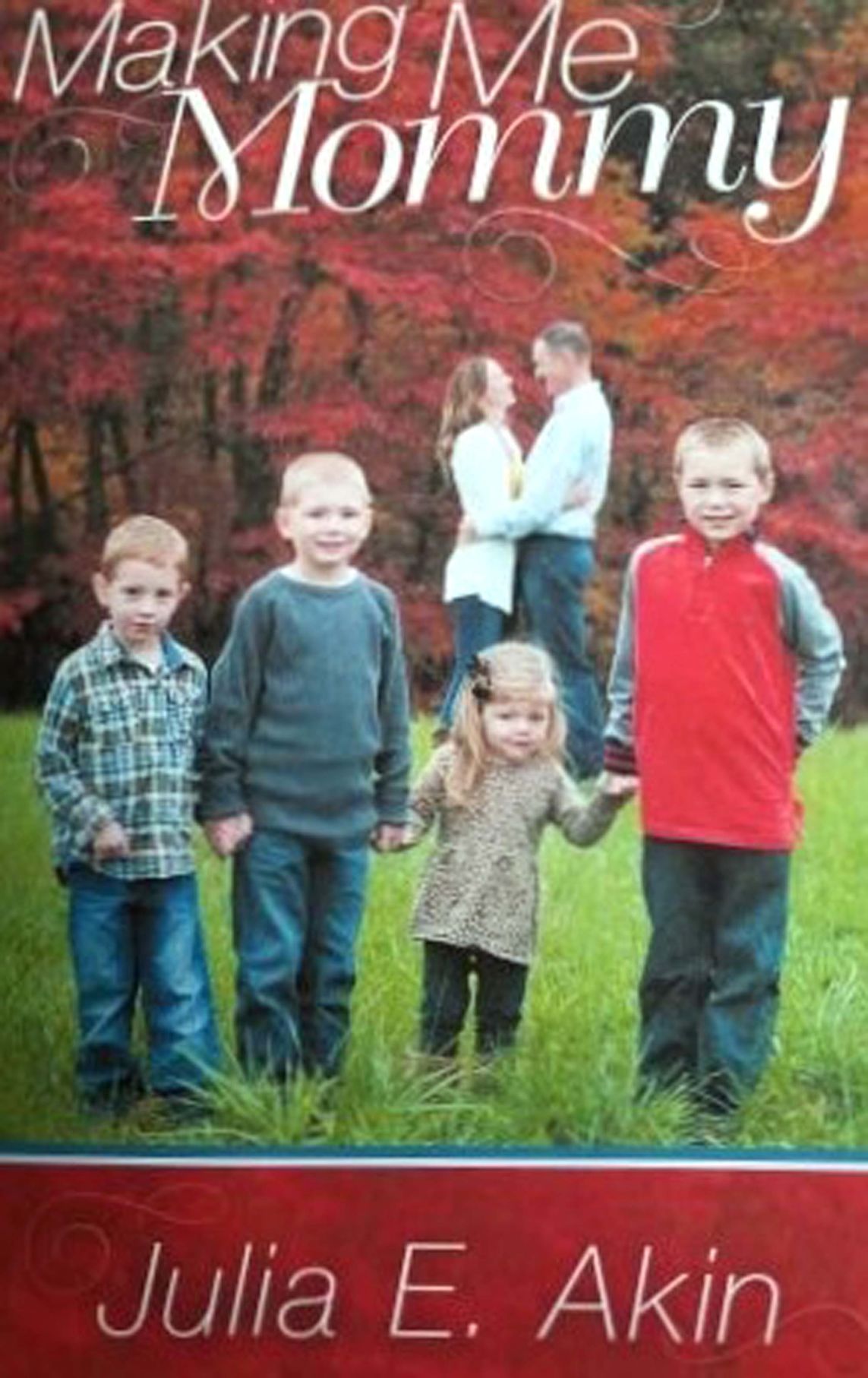 ‘Making Me Mommy’ is a book written by Julia Akin to share her story of infertility and adoption. 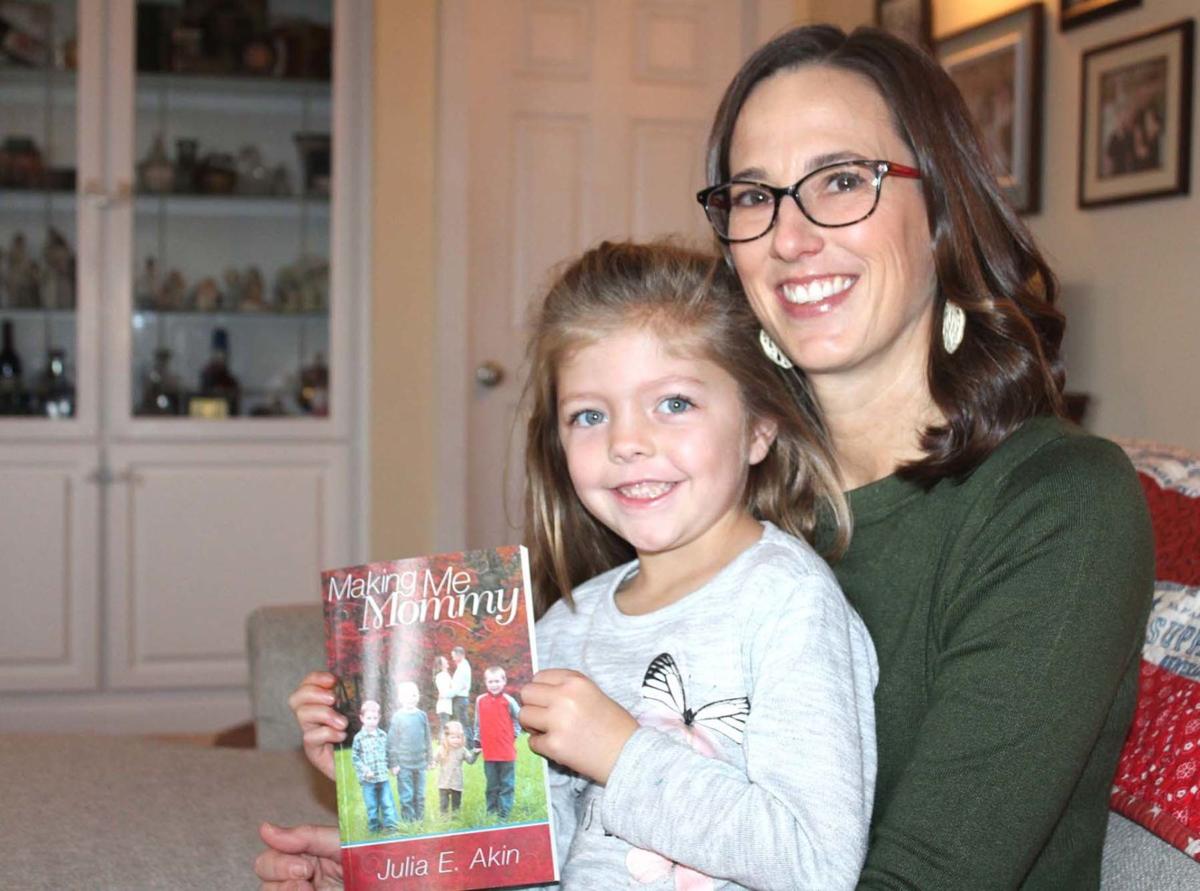 Julia Akin, with her daughter, Sophia, holding a copy of her book ‘Making Me Mommy.’

Julia Akin is a mother of five, home-school teacher, author and blogger.

‘Making Me Mommy’ is a book written by Julia Akin to share her story of infertility and adoption.

Julia Akin, with her daughter, Sophia, holding a copy of her book ‘Making Me Mommy.’

Julia Akin of Hodgenville, had an unconventional road to motherhood and wrote a book about how it all came together better than she could have imagined.

Akin, 43, and her husband, Scott, struggled with infertility for many years, she said. Both knew they wanted to adopt a child and looked into the foster care system.

When they started looking in the foster care system they wanted a baby, even though they knew that was a rarity. Akin scheduled in-vitro fertilization during fall break of 2009.

But soon, they got a call about a boy who was one week from turning 1. The child, Timothy, was the first to join their family and showed up one week before her scheduled appointment. She rescheduled for spring break of 2010.

“We knew instantly that it was right,” Akin said.

Five months later, Timo­thy’s biological brother was born and they got Mason when he was 48-hours-old. This was one month before her second in-vitro appointment.

“We decided God was trying to tell us something and we decided to just parent the two boys,” she said. “We went from having no kids to now having two kids”

She still was holding onto hope of having a child as well. She finally told God if this was how he chose to build her family, she would let go of the idea of becoming pregnant.

When Mason was 9-months-old, Akin found out she was pregnant with Eli, with no fertility assistance.

Eli was 4-months-old when the adoption went through for Timothy and Mason.

She said she’s often asked if they are triplets.

In June of 2013, the couple decided they would close their home in a year and spend their attention with their three small boys.

Their social worker knew they were only interested in adoption because having fosters in and out with three little ones would be difficult. In July, her husband was having lunch at a Subway and the social worker walked in and saw him and told him about a little girl she thought they could help with, Akin said.

“So we call her our Subway baby,” she said.

That was on a Wednesday and on that Friday Sophia was placed with them.

While the business of their adoptions was in process, friends told her she needed to write her family’s story. She shared bits and pieces of the story on a blog.

“We feel like everything about our story is God-driven and he had gifted us this,” she said.

Even though the struggle with infertility was difficult, it was all apart of God’s bigger plan for their family, she said.

Turning their story into a book began three years ago when Scott asked her to write it as a birthday gift to him.

“We also realized it would be a neat way for the kids to know their story and for family posterity,” she said.

Many times people ask about their story because they too are interested in adoption. Akin said she also realized the book could be a way to share their story with those trying to make the adoption decision.

“To encourage others to go for it and open their home, a way to say ‘you’re not alone’ to families going through it or just a way to shine a light on the positive side of foster to adopt,” she said. “We believe whole-heartedly God does not do mighty things in our lives so we can hide that away from the world — we share in hopes of sharing him.”

In those three years, her grandmother who lived with them had failing health. Which is one of the reasons it took her so long to self-publish her book, she said.

In God’s timing, she said, “Making Me Mommy” was published in November, which also happens to be National Adoption Awareness month.

Her mother-in-law, Norma Mink, said she is very proud of how the couple has brought these children into their home.

“The responsibilities to their welfare are their first priority,” Mink said. “Our whole extended family had the option to accept in love or not, we definitely chose love.”

She said she can’t imagine life any other way.

“It’s a very busy household, some days louder than others, but always love,” Mink said. “Some days, I’m not sure where Julia gets her energy — home schooling all five, doctors appointments, extra-curricular activities and all the other parenting duties times five.”

She credits Akin with organization skills to make it all work and the kids know what to expect.

“We feel very fortunate to be a part of this and I cannot begin to tell you how fortunate I think these babies are,” Mink said. “Julia’s ability to put words to the story God has given them in her blog and in her book is just amazing to me.”

Akin said all of their extended family embraced their decision to adopt and embraced the children without hesitation.

After she had finished writing the book but before it was published, the couple had closed their homes to placements, but during that time they felt God wasn’t finished with their family. Around Christmas of 2017 they decided to reopen their home. A month later, Logan was born. They got a call for emergency guardianship and he joined the family in March of 2018.

“He was so cute I almost passed out,” Eli said of his little brother.

The children are all open to adding more to their family. Akin said for now they have no plans to add anymore but is open to whatever God has planned. Sophia said she would like a sister.

She would like to see more people open their homes to foster care and adoption. She said most of the time the scary foster stories get most of the attention and not the happy endings.

“It can end good and happy,” she said. “It doesn’t mean it’s trial free or struggle free, but it can end well.”

Life with five kids can sometimes be a zoo, she said.

Getting to know Julia Akin

Favorite movie: “The Sound of Music.”

Favorite food: Anything chocolate and her husband’s fried chicken.

Other facts: She’s had a pacemaker for about 13 years.