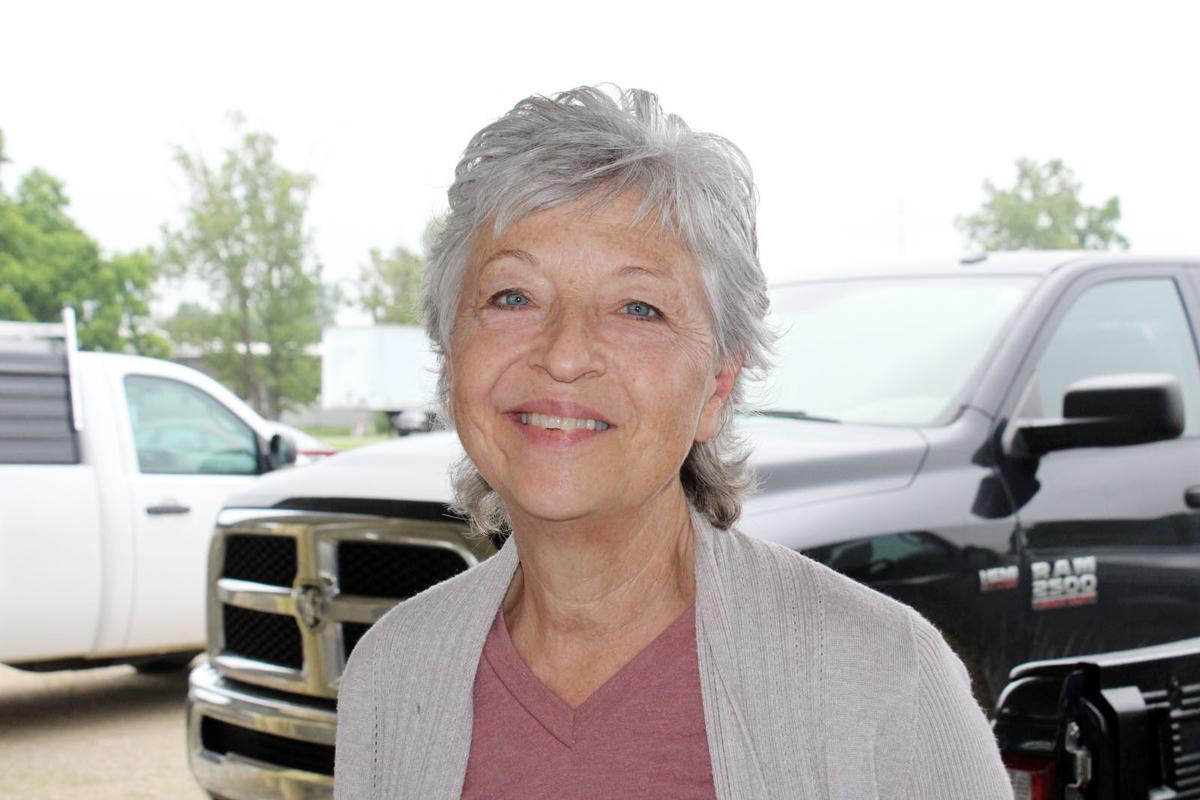 Peggy Underhill has spent a lifetime in ministry with her husband, Bruce, and worked in social work for many years and with residents of RobinBrooke Senior Living. BECCA OWSLEY/The News-Enterprise 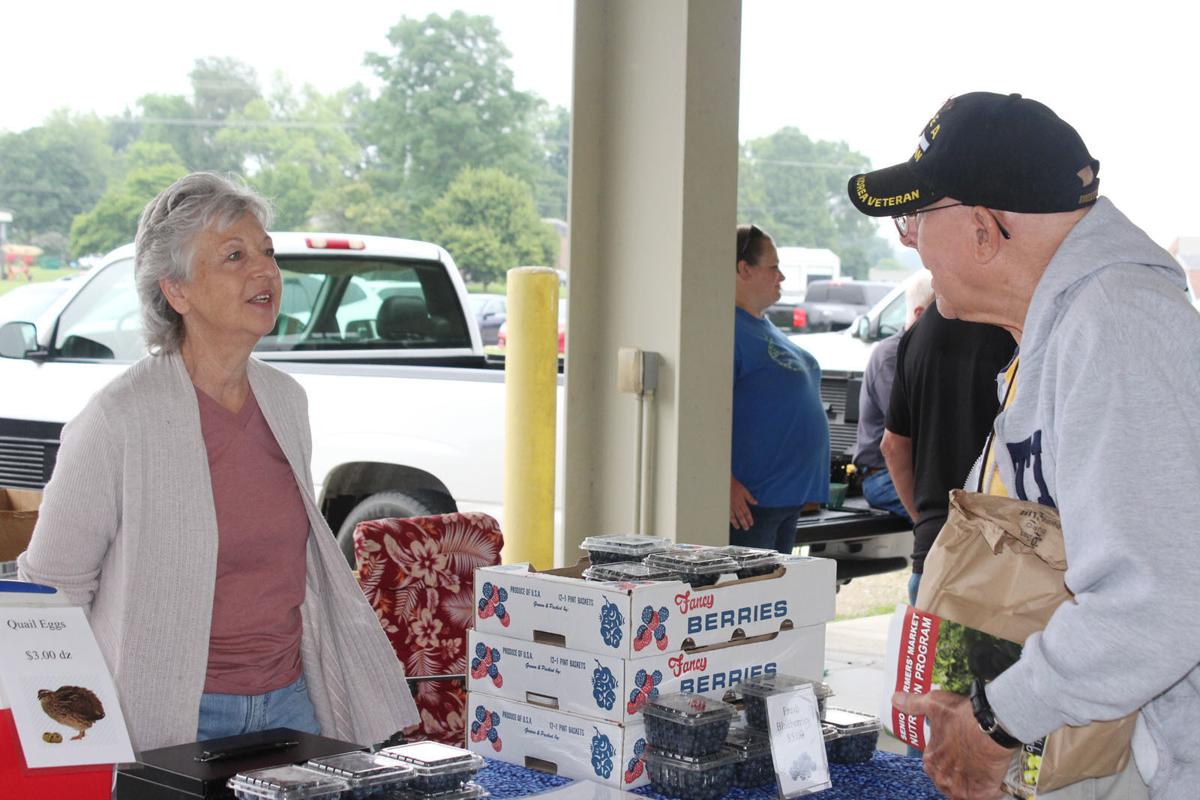 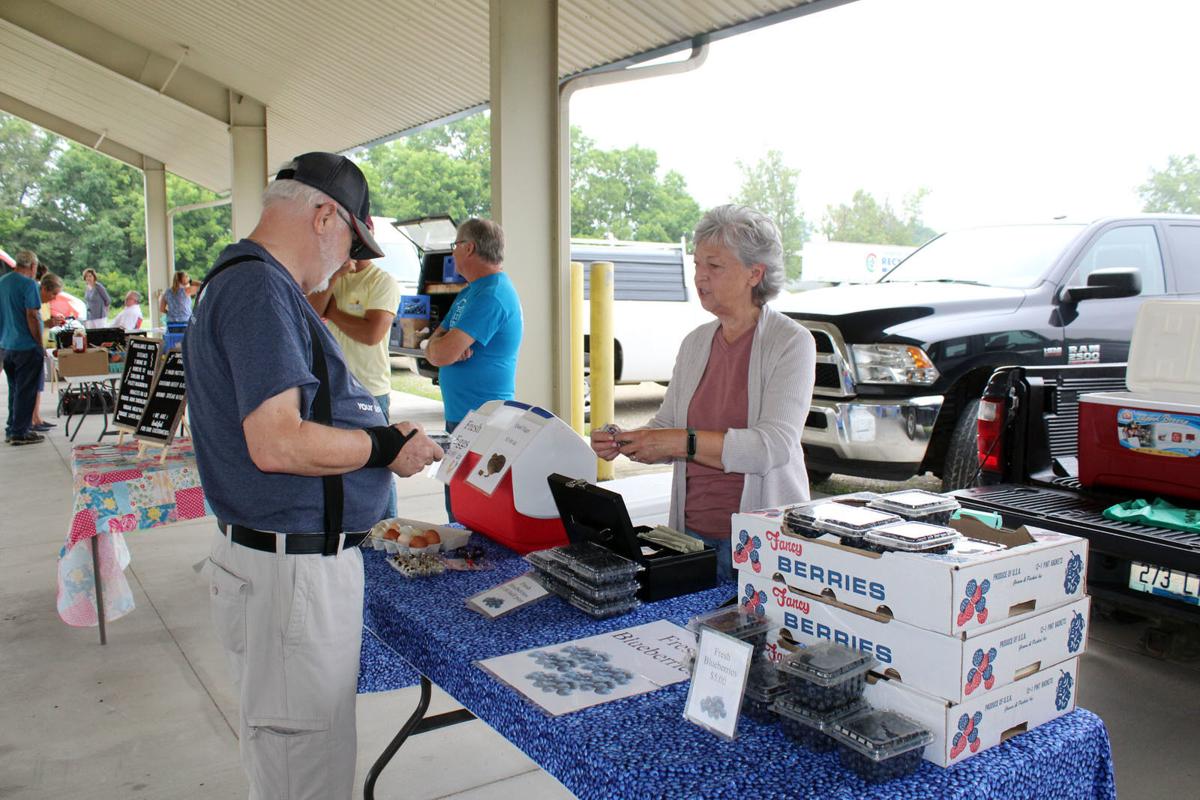 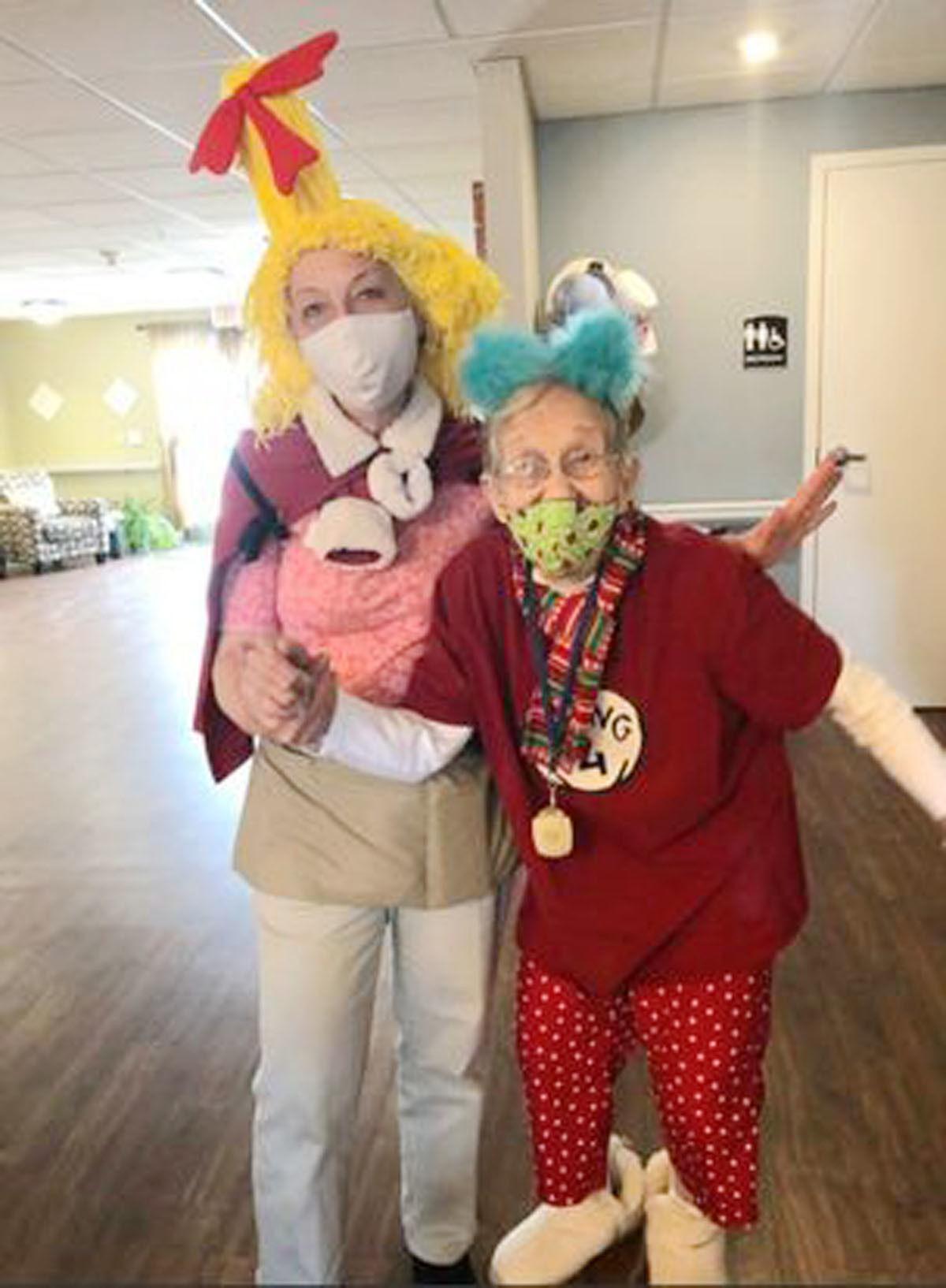 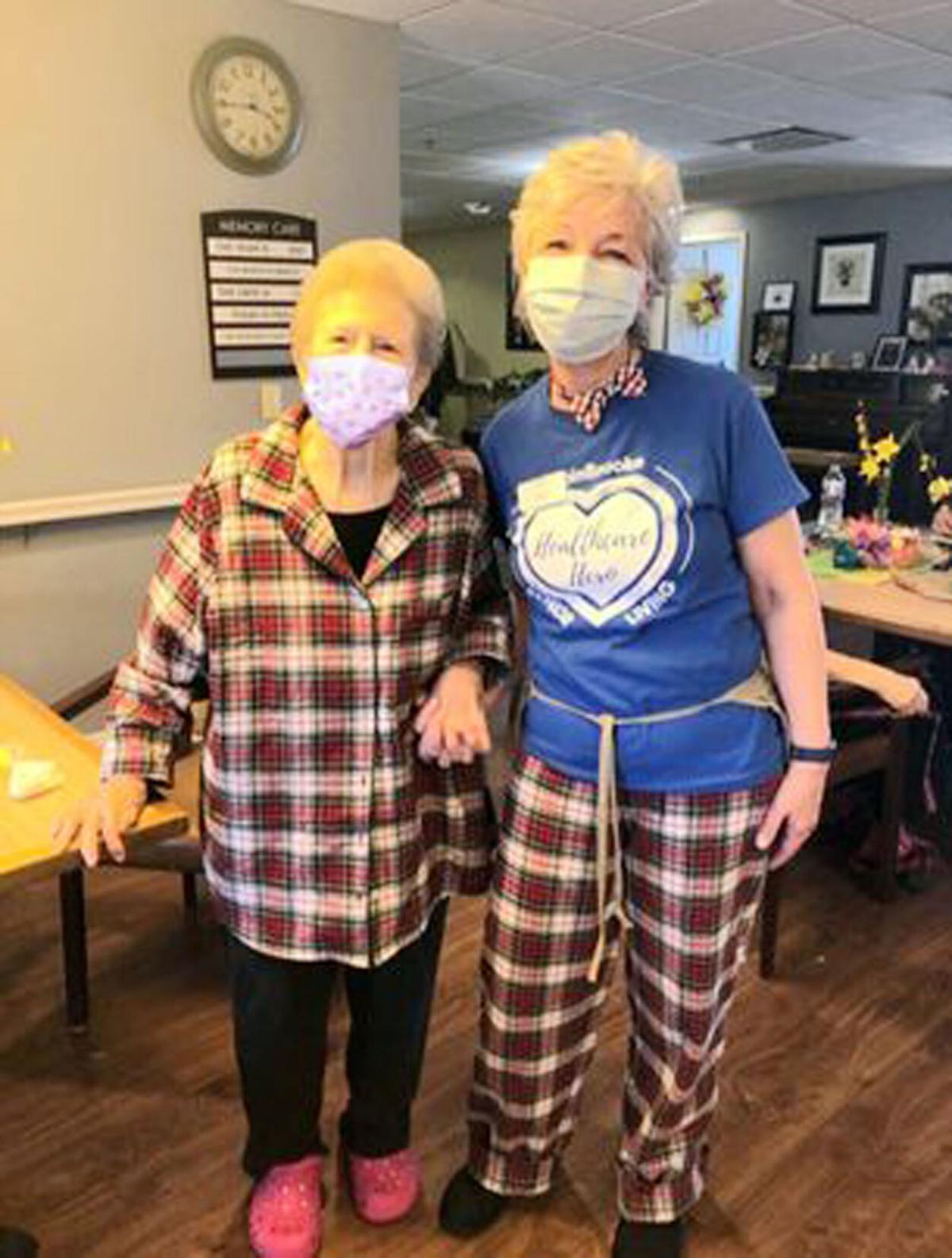 Peggy Underhill has spent a lifetime in ministry with her husband, Bruce, and worked in social work for many years and with residents of RobinBrooke Senior Living. BECCA OWSLEY/The News-Enterprise

Peggy Underhill has combined her love of missions, serving others and working the land into a variety of efforts in the community.

Originally from South Dakota, Underhill, 62, was on a spring break mission trip to Lake Placid, New York when she met her husband, Bruce. They married in 1980.

She received bachelor and masters degrees in social work at the University of Kentucky before the couple moved to Louisville where Bruce attended The Southern Baptist Theological Seminary.

Underhill began a career in social work while Bruce pastored. After he graduated, the couple planted churches in Sioux City, Iowa and she continued her social work career before returning to Kentucky. Over the past 25 years, Bruce has been youth pastor at First Baptist Church of Sonora and youth pastor, interim pastor and pastor at White mills Baptist Church.

“White Mills is an amazing church to serve in with multiple generational family groups who have a heart for ministry and serving the community needs,” Underhill said.

During their time in ministry, Underhill has had her share of losses. She lost twin boys who were born at 24-and-a-half weeks. Joshua lived nine months at Kosair Children’s Hospital in Louisville before he died and Shawn lived two days.

Joy came with the birth of their daughter, Lydia, in 1991. Lydia now runs a miniature dachshund business and specialty cattery.

They experienced loss again with the stillborn death of their daughter, Hannah, in 1994 as well as four miscarriages.

Underhill feels her experience can help her minister to others.

“There is always someone in crisis or someone to rejoice with from birth to death, graduations and marriages to serious medical crisis and financial or relationship challenges,” she said. “My own personal loss and grief help me to be empathetic and meet the needs of others in grief.”

Every job and ministry she has in life helps her grow and she said she’s learned to depend on God to do things she couldn’t under her own strength. “No two days are the same in our house,” she said. “We serve together to meet the needs around us to show God‘s love.”

While her husband has been in the ministry, Underhill continued working in social work in a variety of organizations.

“I needed a break from social work, being on call and the constant emotional drain at that time,” she said. “I became self employed doing cleaning and later a private home-care provider.”

This is what led her to working at RobinBrooke Senior Living. For seven years she provided home care for a woman who eventually moved to RobinBrooke. Underhill has been employed at RobinBrooke and has served two years as a residential service assistant.

“I assist with daily living needs as well as providing emotional and spiritual encouragement through piano and guitar music as well as through conversation,” she said. “There is always something fun going on to enrich the lives of the people who live there and I feel very fulfilled and appreciated by both the families and residents that I love and serve each day.”

“She enjoys playing the piano and conducts sing-a-longs for the residents as well as such activities such as ‘remember the good ole days’ where she brings such things as antique potato masher, egg separator and antique aprons,” Cranmer said. “Peggy delivers service with a smile and can do attitude and she is a good mentor, teacher and truly an example for others who makes a difference in the lives of our residents.”

Underhill said she’s felt drawn to helping th elderly since she was a teenager.

As a pastor’s wife, she’s had many roles including senior adult Sunday school classes, the Child Evangelism Program Good News Club, middle school and teen classes and has served as VBS Director. She also sometimes provides special music at church either playing the piano or guitar.

“Every trip is a blessing as I am reminded of our great wealth of opportunity and resources in our country,” she said.

She said her husband tells her “ministry is a lifestyle not a job,” and she said the saying is true.

“I know that I miss opportunities every day to make a difference but that doesn’t mean that I give up,” she said. “I just get up and try again the next day.”

Underhill lives on a four-acre farm near Sonora. The couple spent 20 years renovating their house and doing most of the work themselves. There, Bruce raises pet birds and chickens, produces sorghum and raises blueberries, vegetables and flowers to sell at the farmers market. She helps him with their farming projects.

“This summer alone I have helped pick and sort over 100 gallons of blueberries,” she said.