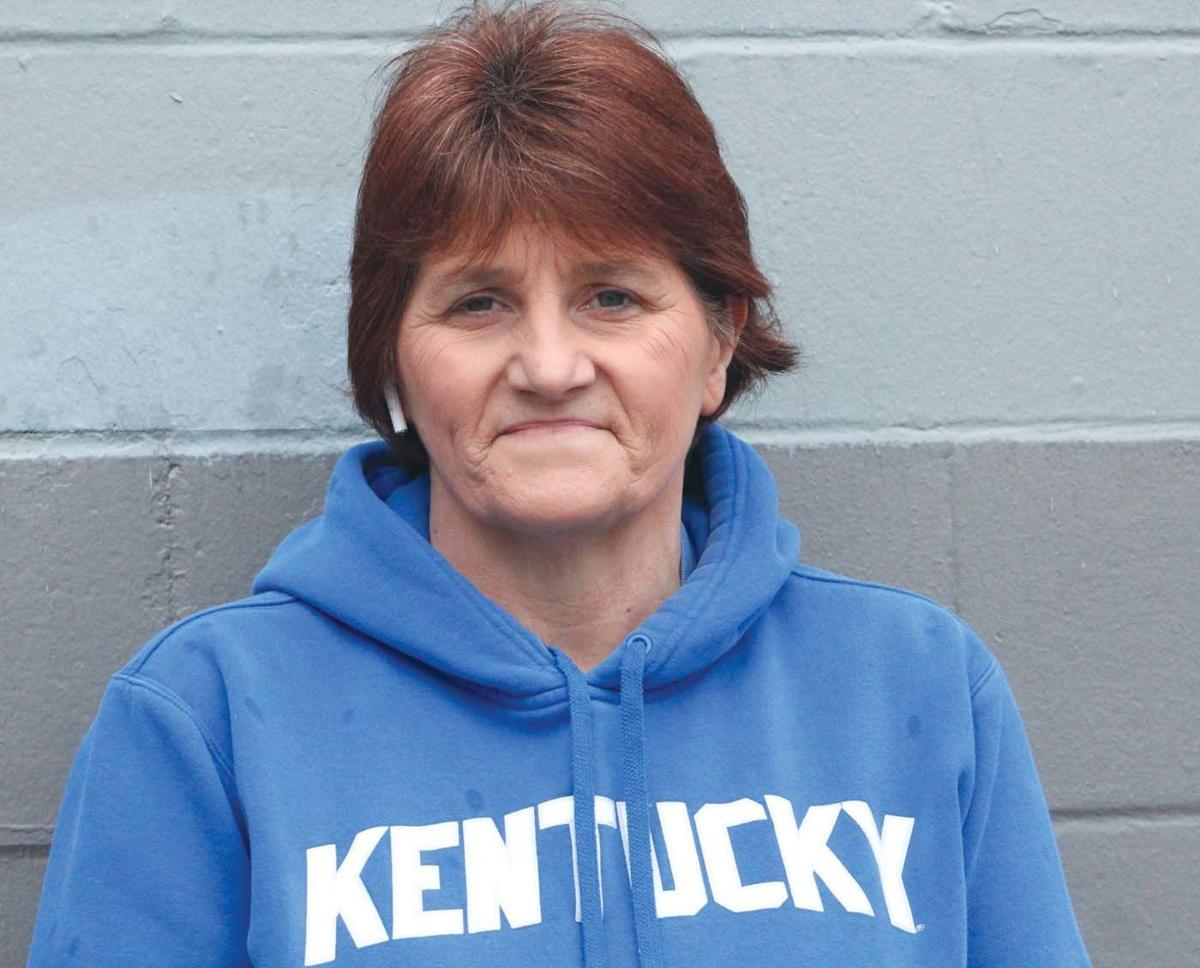 Diana Zink serves as a food service cook for West Point Independent School. A West Point native, Zink has worked with the school for more than two decades. 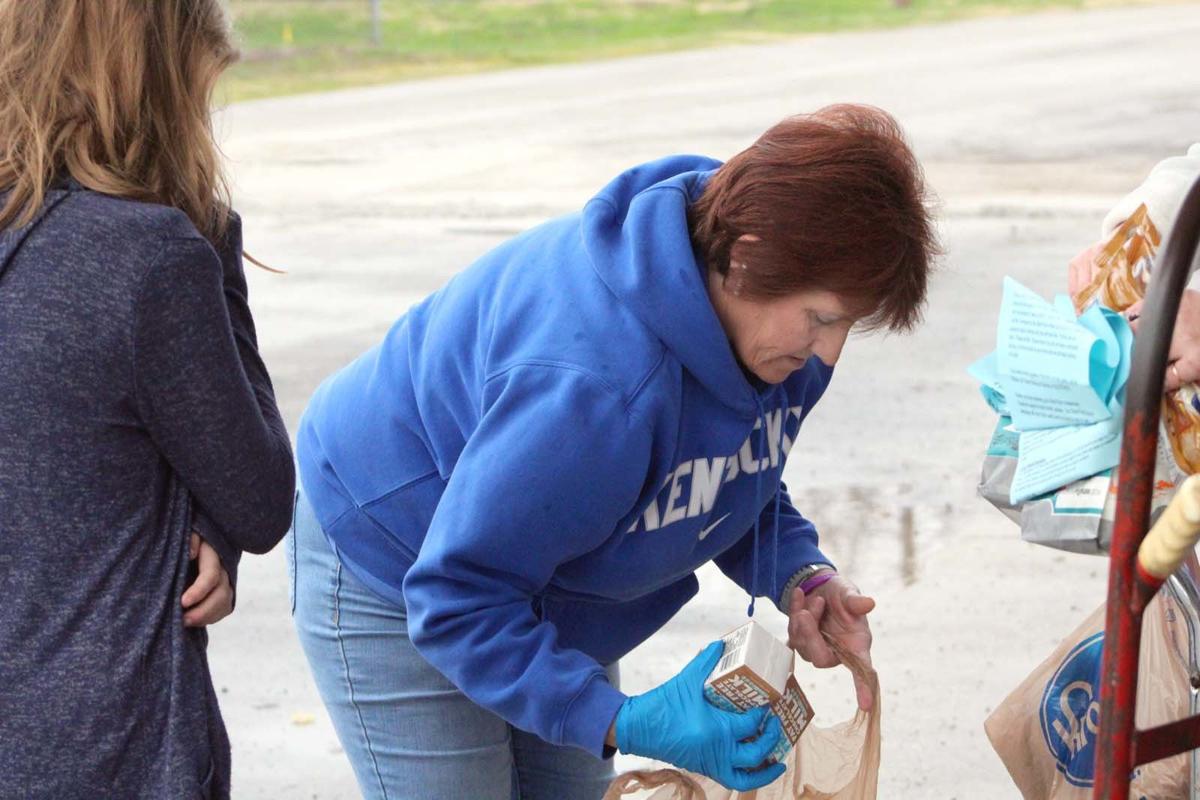 Diana Zink prepares to give a West Point Inde­pendent School student a free lunch last Wednesday through the school’s curbside pickup service. The school offers free lunches for students amid closures because of the COVID-19 outbreak. 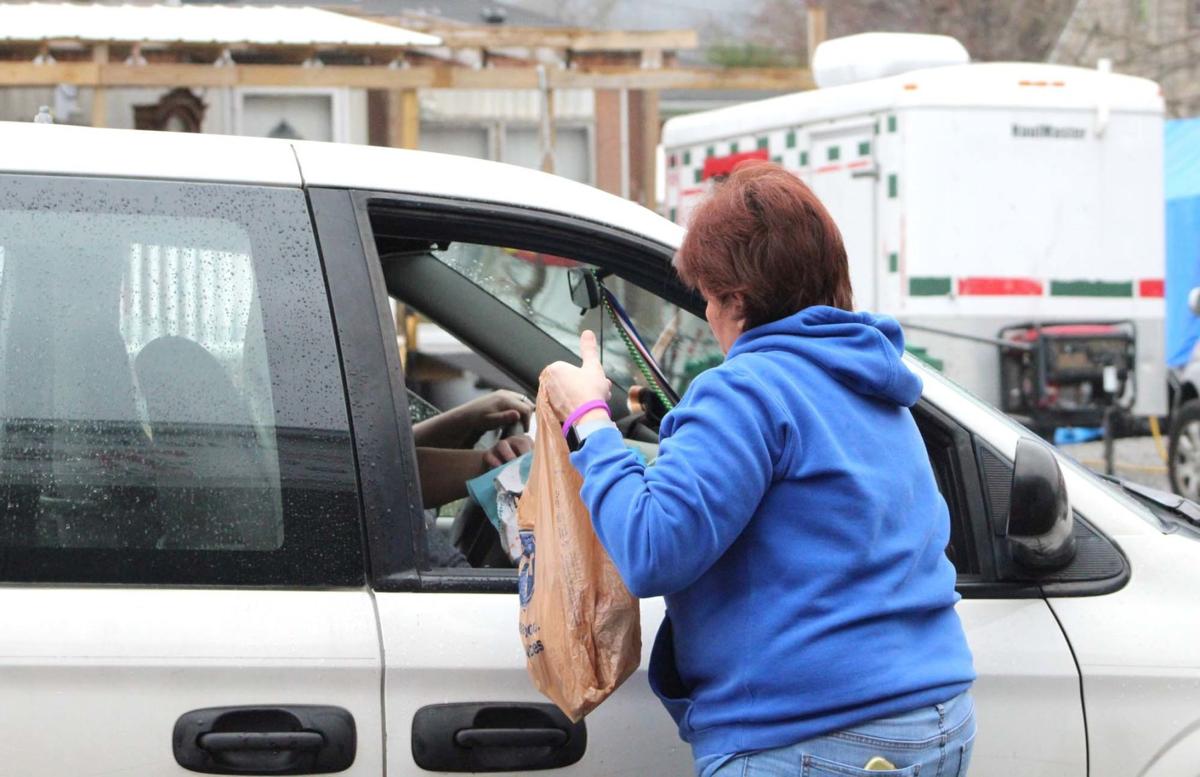 Diana Zink serves as a food service cook for West Point Independent School. A West Point native, Zink has worked with the school for more than two decades.

Diana Zink prepares to give a West Point Inde­pendent School student a free lunch last Wednesday through the school’s curbside pickup service. The school offers free lunches for students amid closures because of the COVID-19 outbreak.

As West Point Independent School students arrived with guardians last Wednesday to pick up their lunch from a school curbside pickup service, food service cook Diana Zink greeted each visitor with a warm hello and meal.

“We’ve got to feed them,” Zink said while handling lunch bags and milk cartons with protective gloves on. “That’s my biggest concern: always feed those babies.”

Though the necessity to study from home because of the recent COVID-19 outbreak has been a major change for students across the state, Zink has tried to bring a sense of comfort and normalcy to students when providing food security amid these changes.

“I try to keep the norm,” she said. “If they see us panic and start acting differently, then they’re going to know something is wrong. Everything is chang­ing and their little lifestyles are changing dramatically and we just try to keep things calm and in a routine.”

At West Point Independent, Zink and fellow staff members provide a free lunch and snack drive-thru service each weekday at the school. The school also offers a mobile lunch service, making three stops in the community throughout the day.

Zink knew the names of each child who visited the school Wednesday and knew many of their parents by name as well. In many cases, this is because she used to serve food to them as well.

Zink said she first began working in school food services when she was 16 through a summer food security program at Elizabethtown High School. She worked through the program until she was 18.

“At 16, I was learning the ins and outs and it just kind of stuck around,” she said.

Following graduation, Zink worked a few years at Churchill Downs in Louis­­ville with the facility’s cleanup crew. She began working at West Point Independent part-time in 1997 and was hired full-time in 1999.

In addition to serving daily lunches at the school, Zink also works with the school’s summer feeding program. Through the program, she serves lunches and snacks at the school each weekday during summer break.

West Point Independent Principal Carla Breed­ing said Zink’s roots in West Point and her commitment to the community’s children are demonstrated every day.

Zink’s role at the school has not come without obstacles. Last year, she faced a battle with cancer.

Zink was diagnosed with cervical cancer last March and was told she was cancer-free in September. She underwent weekly rounds of chemotherapy for five weeks and underwent 30 rounds of radiation therapy.

Despite the diagnosis, Zink continued to work almost daily, only missing work for the days she underwent chemotherapy.

Zink said the school’s student body and supportive staff — along with her love for her children and grandchildren — kept her motivated during this trying period.

Outside of West Point Independent, Zink also serves on the planning committee for West Point River Days, an annual community festival. Serving on the committee for the past four years, Zink said she tries to keep the town’s rich historical heritage alive through the event.

“Tradition plays a big part,” she said. “I try to have it how it used to be, how people were so proud of their community and where they’re at.”

In February, the Hardin County Schools Board of Education approved a merger agreement to absorb West Point Independent. As a result of this agreement, West Point students will be attending North Park Elementary, Vine Grove Elementary, James T. Alton Mid­dle School and North Hardin High School during the next academic year.

Though she is considering tak­ing a job in food services with Hardin County Schools, Zink said she is not absolutely certain what she will do after West Point Independent closes.

“I haven’t said yes or no yet,” she said, “Twenty-one years is a long time to put your feet in and grow your roots but we’ll see.”

Regardless of where her career takes her next, Zink said her top priority now — just as it has always been — is to make sure West Point students are fed and cared for.

“Even now in these crazy times I come here and I feed them,” she said. “I love my job.”

Getting to know­ Diana Zink

Sports: The University of Kentucky Wildcats.

Television: “This Is Us.”