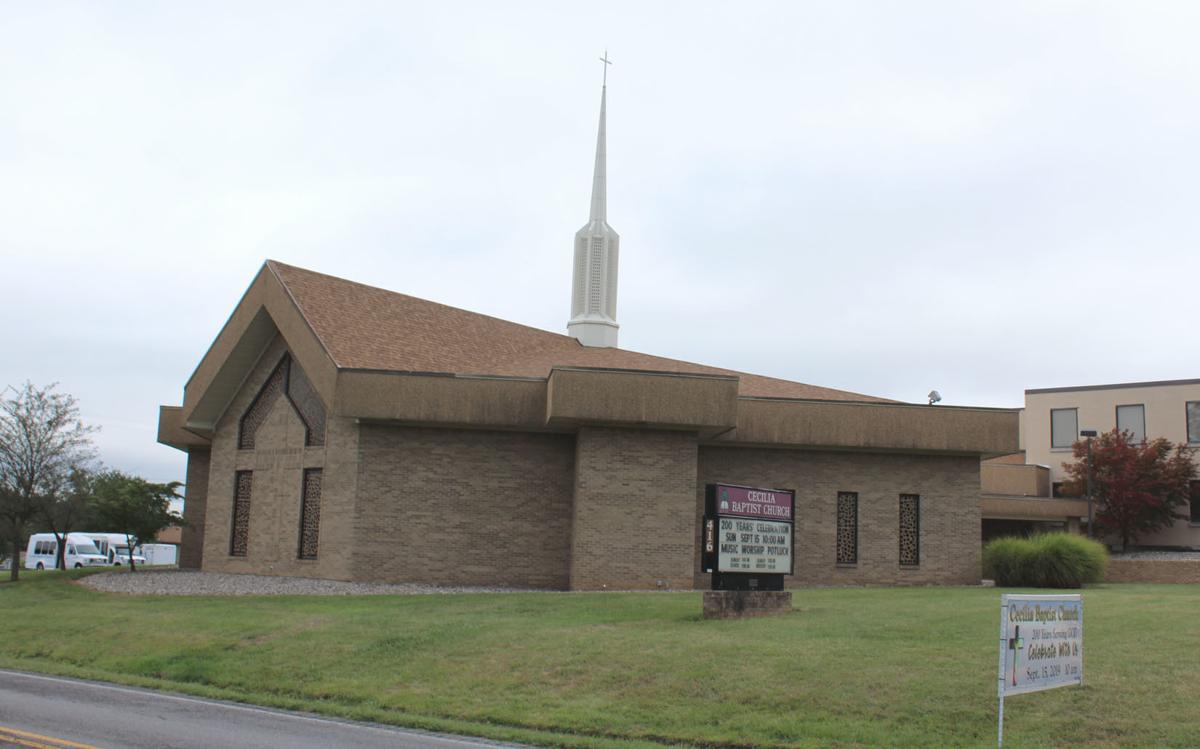 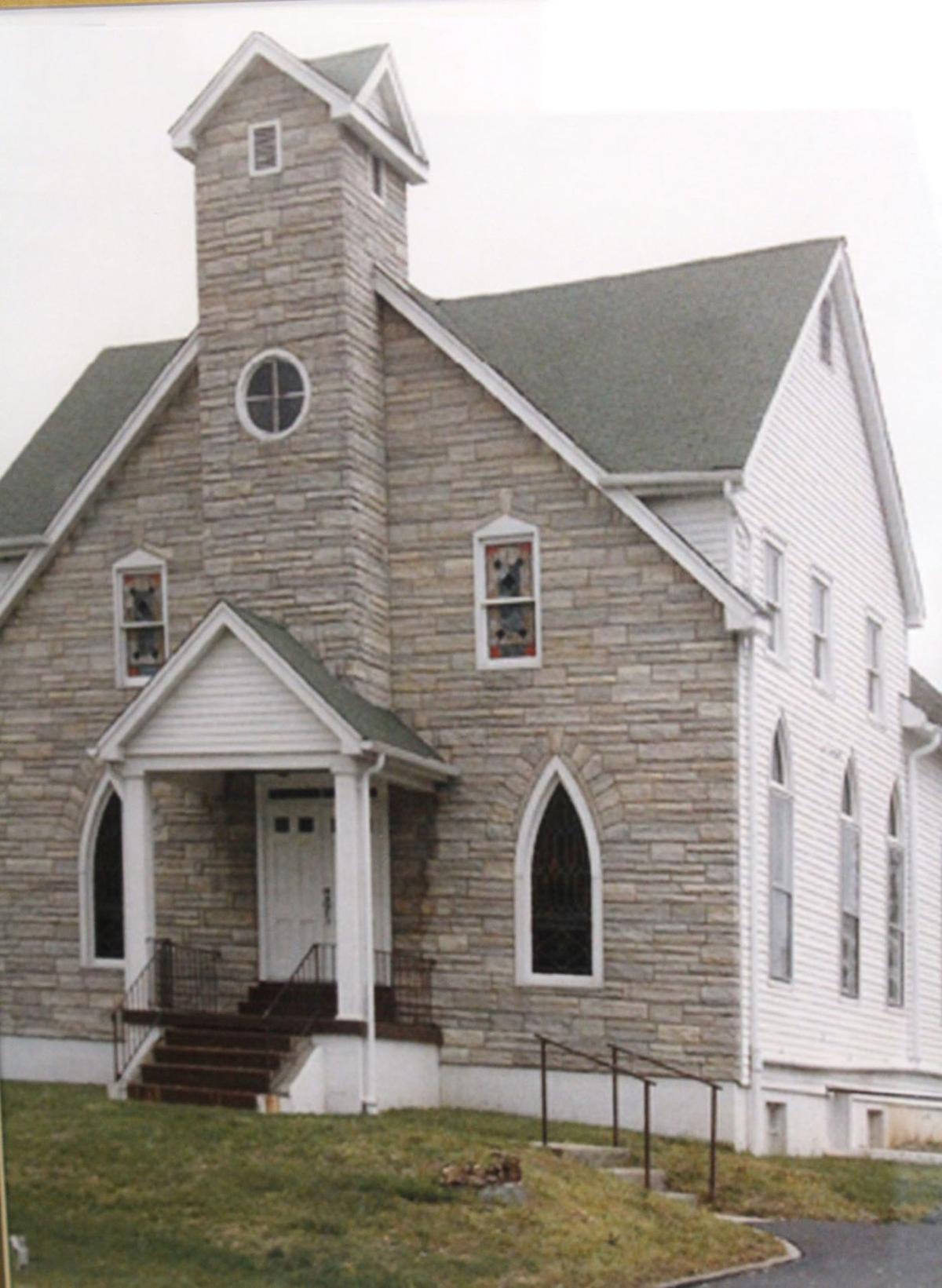 Submitted A 1955 photo of a previous church building that once sat in front of the current education building at Cecilia Baptist Church. 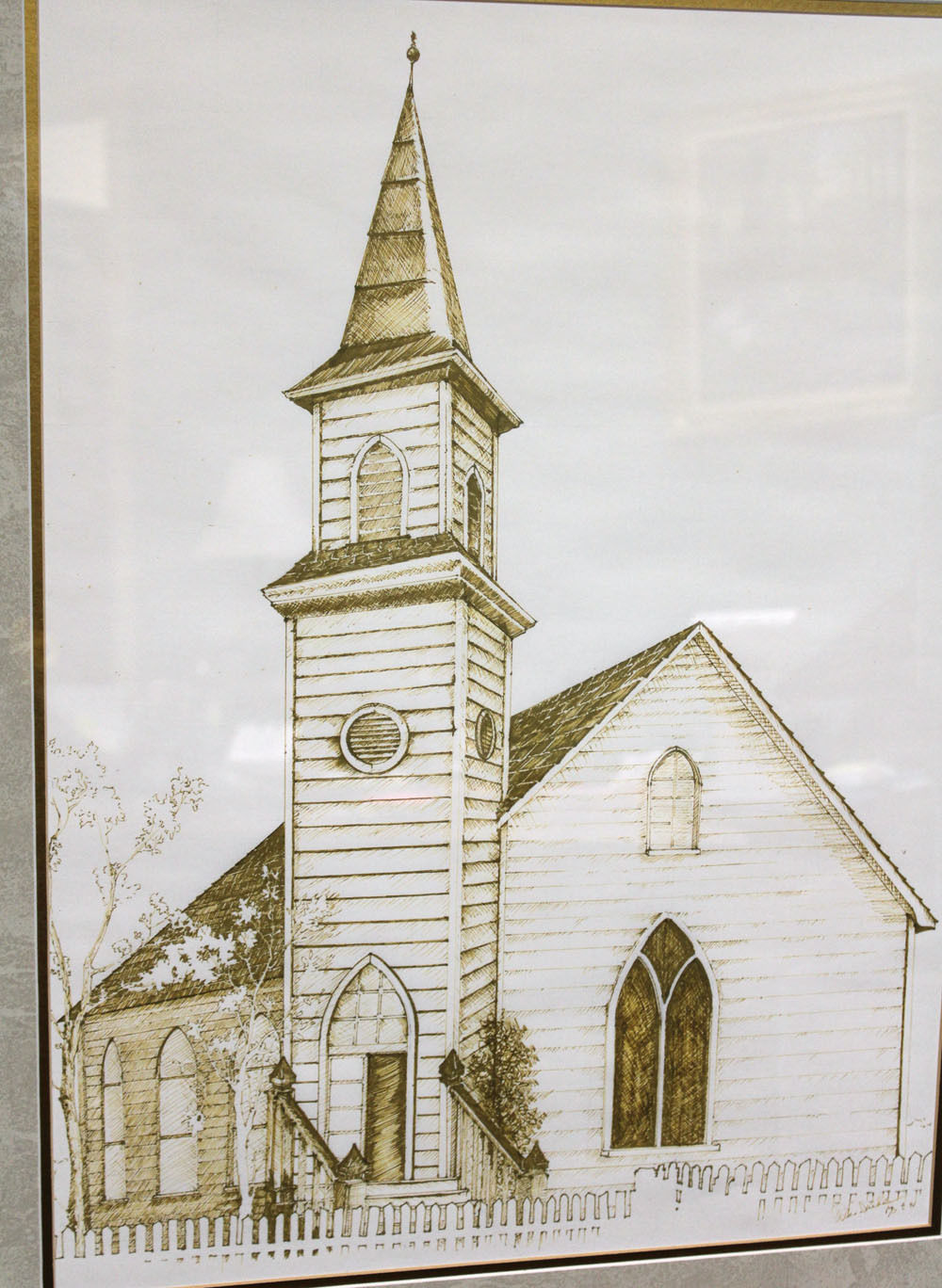 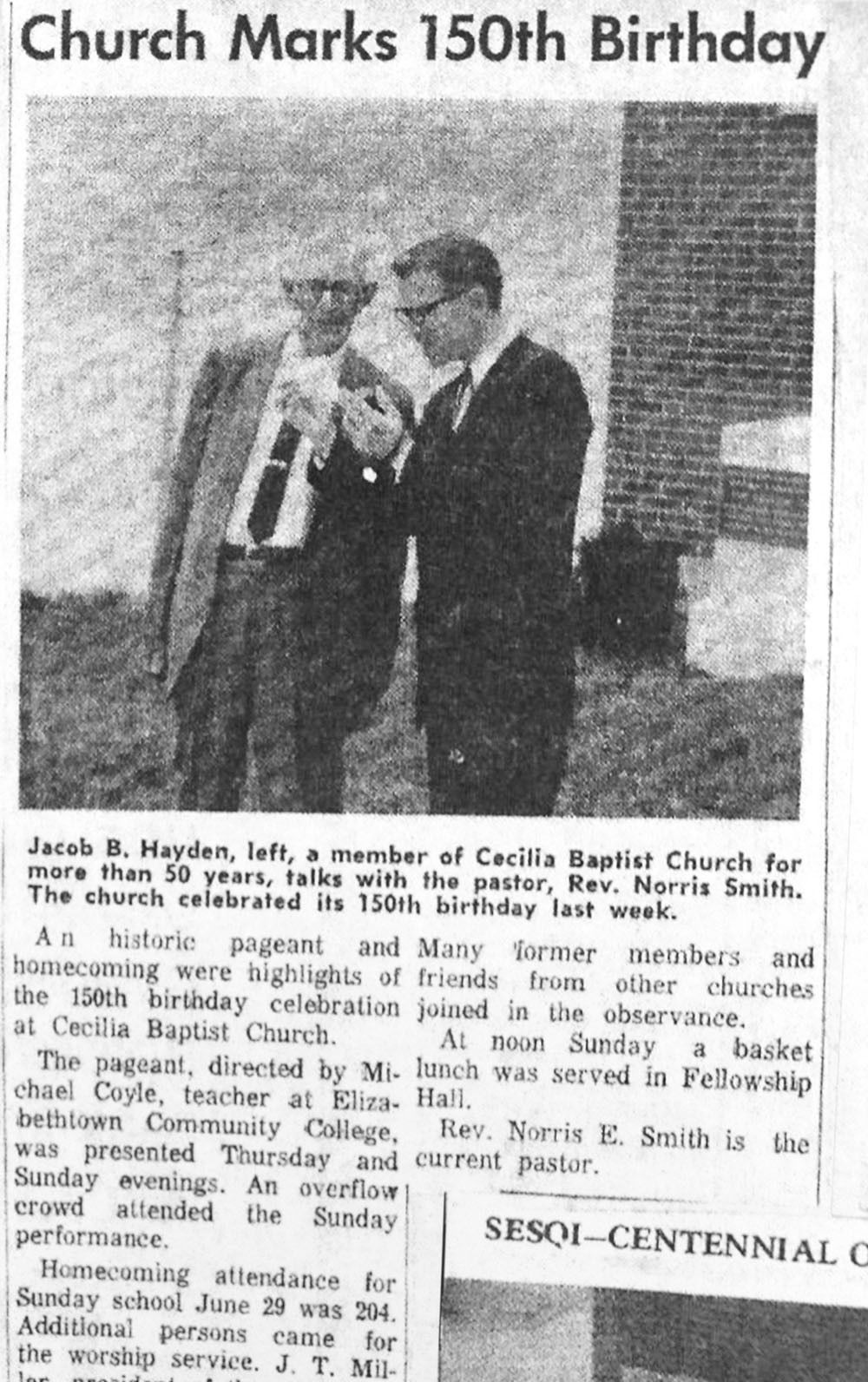 A newspaper clipping from when the church celebrated its 150th anniversary in 1969. Submitted 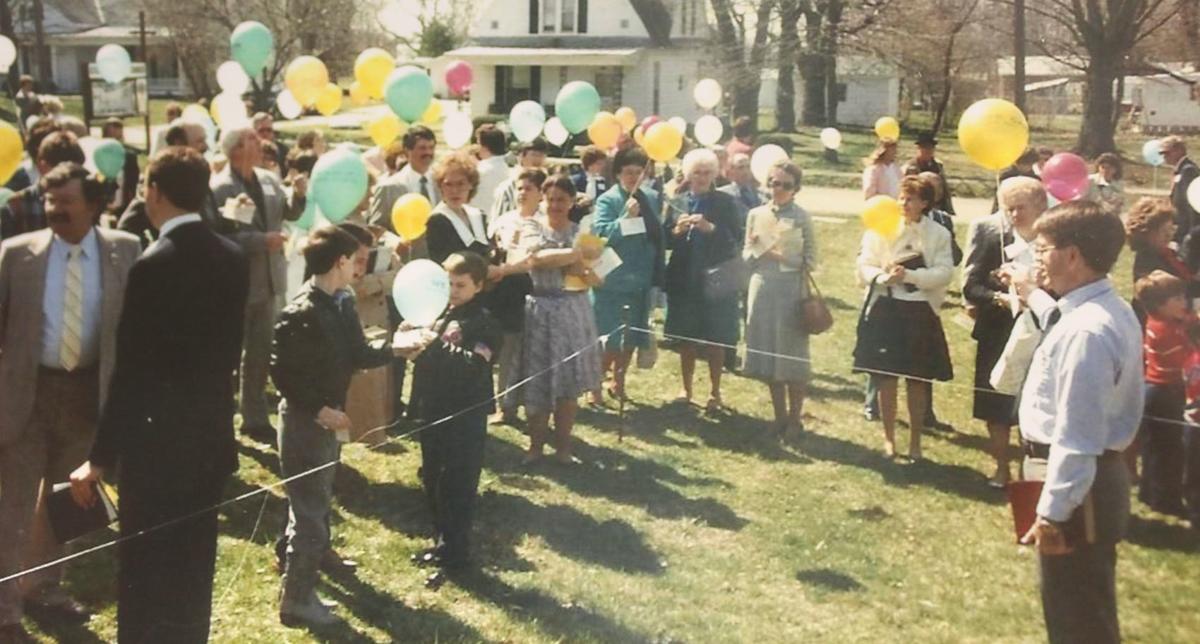 A photo of a groundbreaking ceremony for the current church building in 1990. Submitted 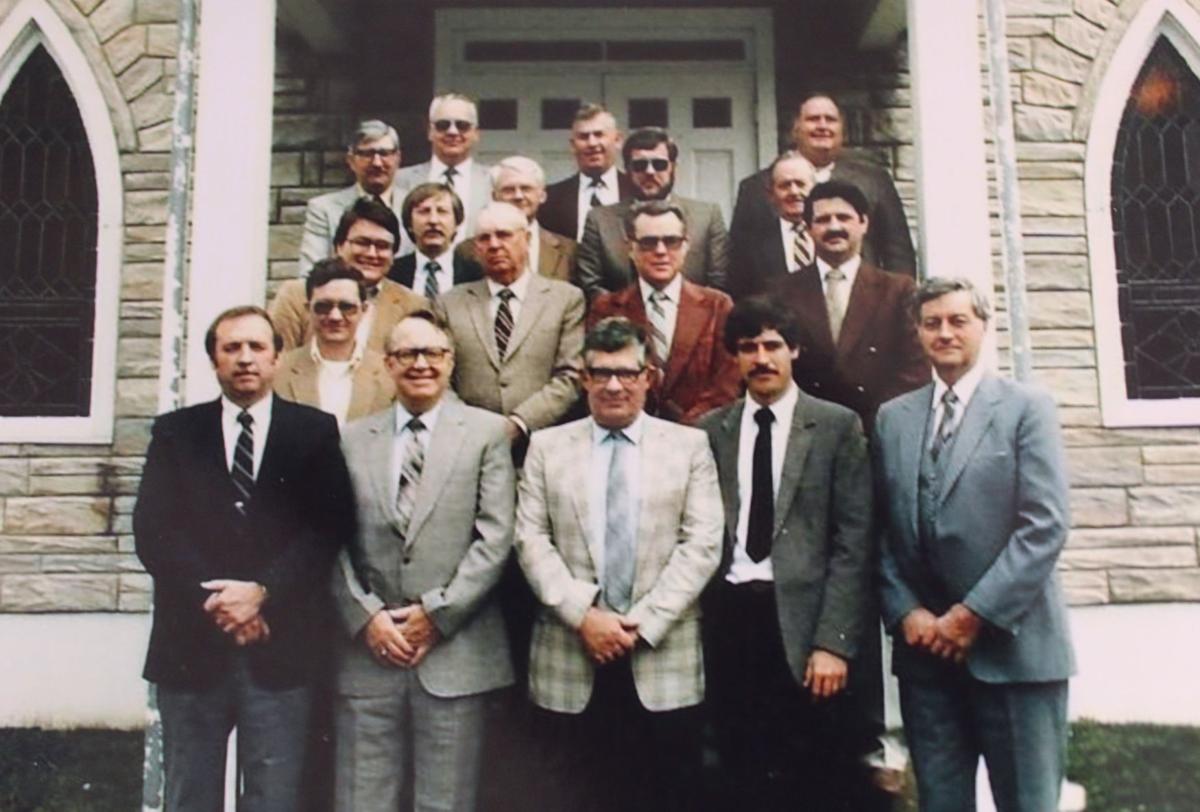 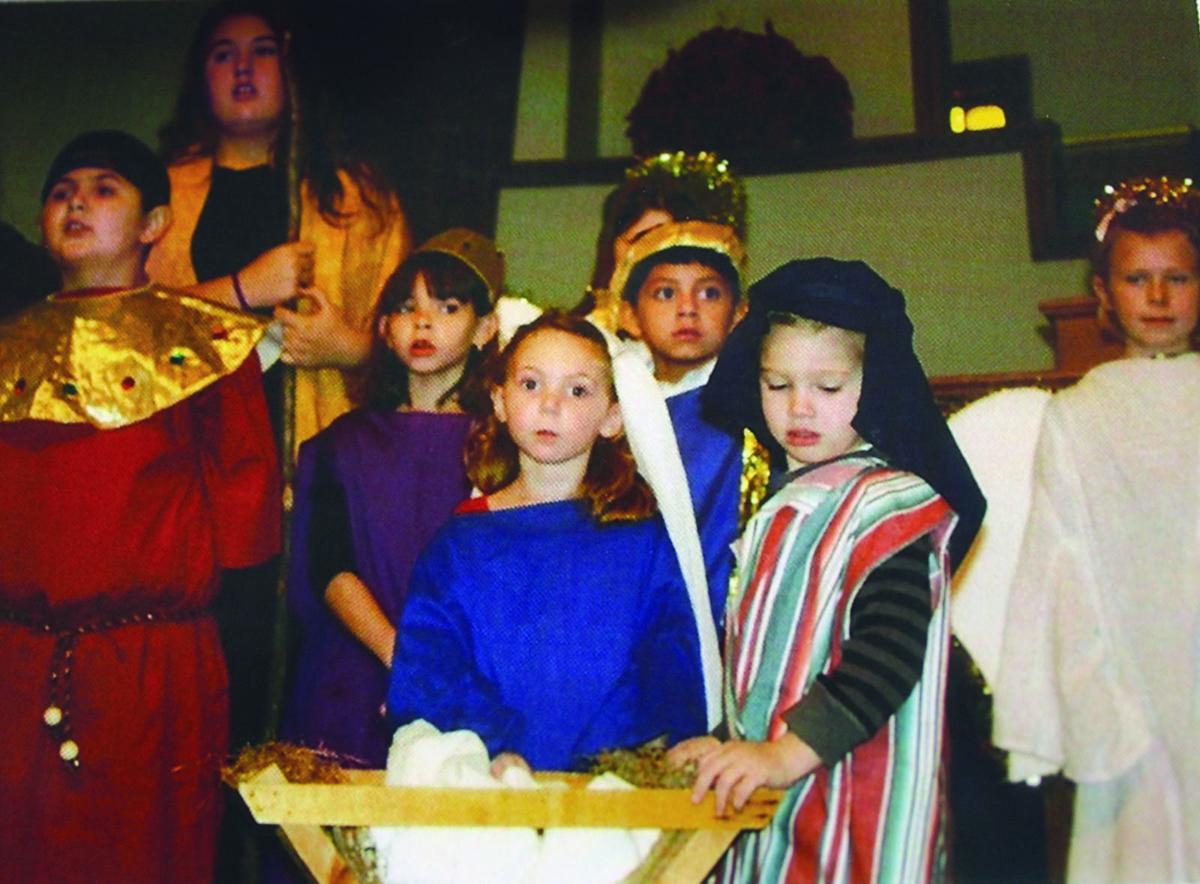 A photo of a children’s Christmas play found in a directory in 2011. Submitted 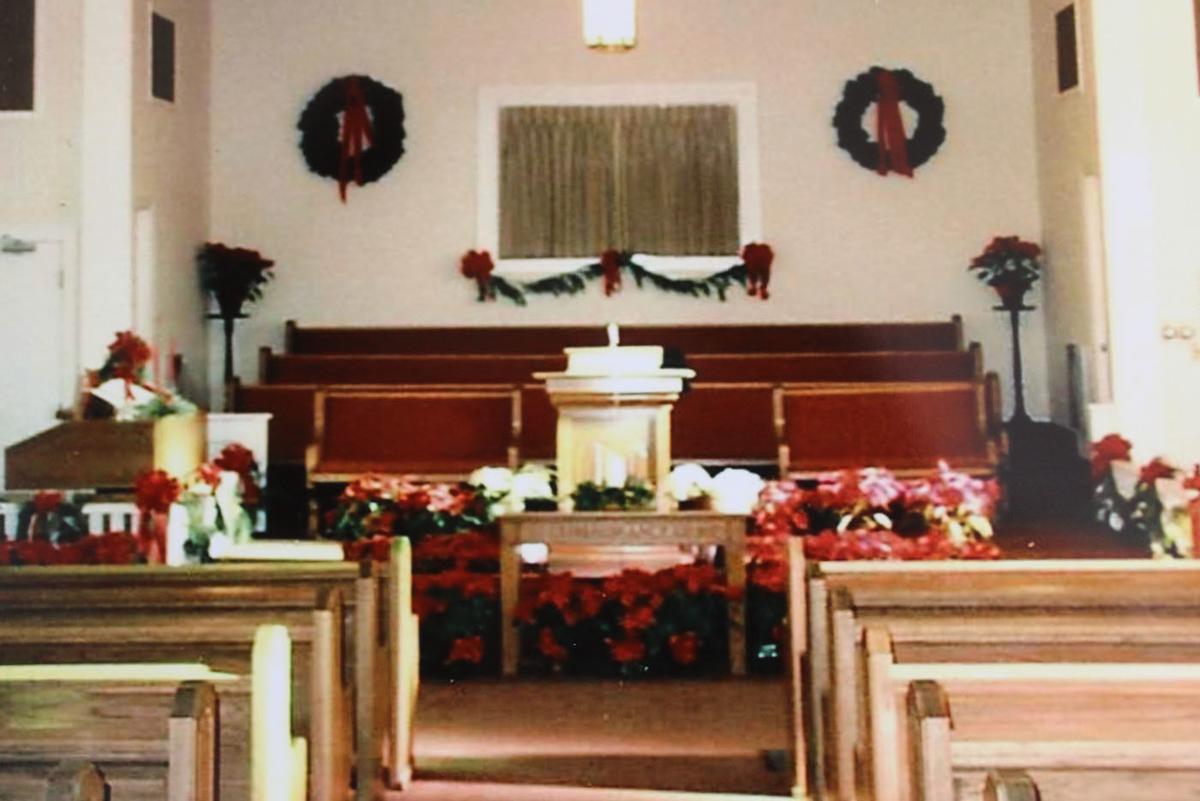 Submitted A 1955 photo of a previous church building that once sat in front of the current education building at Cecilia Baptist Church.

A newspaper clipping from when the church celebrated its 150th anniversary in 1969. Submitted

A photo of a groundbreaking ceremony for the current church building in 1990. Submitted

A photo of a children’s Christmas play found in a directory in 2011. Submitted

Cecilia Baptist Church has a rich history in the community — 200 years worth of history. Sunday the church celebrates it’s 200th anniversary.

According to the church’s history, written by Nellie Woodring, the church was constituted in 1819 a home. The first meeting house was fini­sh­ed in 1820 on property bought for $70. Then, the church was called Rhudes Creek Church. The name was changed in 1924 to Cecilia Baptist Church.

Since that time, the church has moved locations and built five buildings. One of those buildings was destroyed by, what the history of the church calls, a cyclone.

The church started with eight charter members, Becky Miller, a member of the anniversary committee said, adding the church has had 47 different pastors over the years.

To commemorate the anniversary, the church has a special service and pot luck lunch, compiled a cookbook featuring recipes from current and former members and commissioned a coaster to remember the 200th anniversary. There also are displays of photos and items from the history of the church.

“The church has been here for 200 years for a reason,” committee member Wanda Johnson said. “I feel like God has been in it from the very beginning or we wouldn’t have prospered like we have.”

Many current church mem­bers have connections to the church’s history.

Buddy Miller’s family goes back to the church’s foun­ding. His great- great-­great-­grand­mother, Penelope Stark, was one of the founding mem­bers and his great uncle, Miles Hardin Miller, was the church’s first Sunday School superintendent in 1898, his wife, Becky, said.

Reading about the buildings in the church’s history has been interesting for Becky Miller.

She didn’t realize when the education building was built in 1968, it was attached to the 1904 building and the 1955 addition. “It was something I didn’t know when I was worshiping in that little church, that it had all that history there,” she said.

She started attending the church in 1973.

She also remembers so many people volunteering in positions now filled by paid ministers.

Eschol and Martha Ann Martin are people that stand out to fellow committee member JoAnn Taul. They volunteered so much of their time as youth leaders for many years, Taul said.

“They were a great asset to the church,” she said, adding youth were welcome to their house at any time.

“This church had so many good Christian people that you could depend on,” Miller said.

She said so many of the younger members don’t know as much about the church.

“The more you know about your church the more you want to be a part of it,” she said.

Miller said events such as the 200th anniversary remind people of those moments.

The group admitted the church has had its ups and downs, but even through the rough times, has persevered to make it to 200 years.

Johnson said she and her husband, Ronnie, went to another church for a while.

“The first Sunday we came back I told Ronnie, ‘We’re home’,” she said. “Even though there’s a lot of new faces, there’s still a lot of older ones, I can still feel my history.”

Through the trials and tests of the church, she said it has remained strong because it kept a goal of serving God.

“So many of the families that were mentioned in the history are here now,” committee member Tina Marple said. “I think it’s that sense of community that has kept it going too and it’s a central point in the community; it’s the faithful that have stuck with it through thick and thin.”

Sunday’s celebration begins with a meet-and-greet at 10 a.m. and the service starts at 10:30 a.m.

Former pastor the Rev. Arnold Moon will bring the message and other special guests will be a part of the service.

“I hope to see people I haven’t seen for years,” Marple said.

Taul said it will be a big church family reunion.