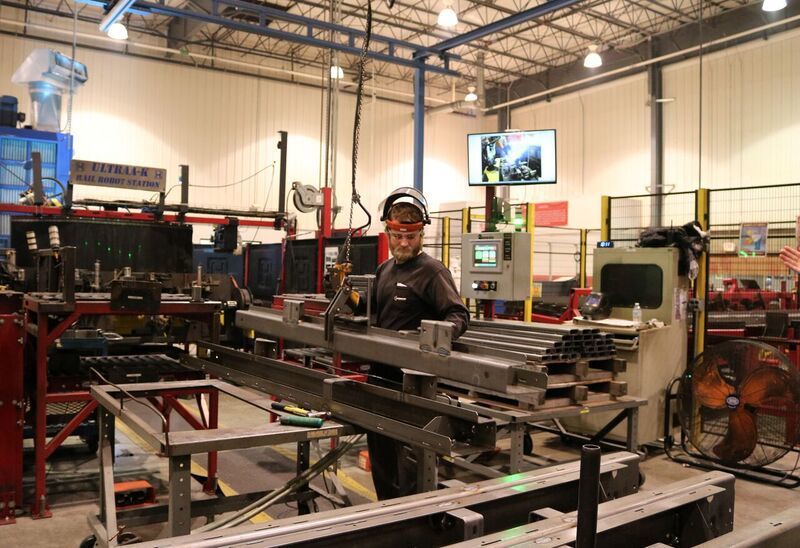 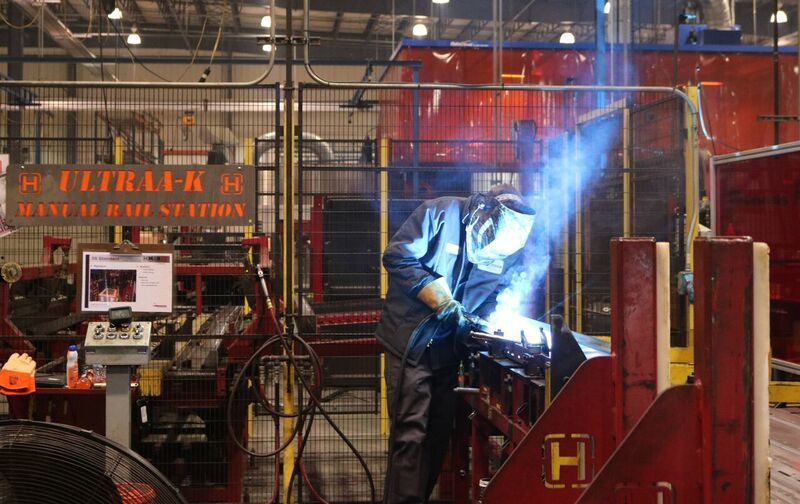 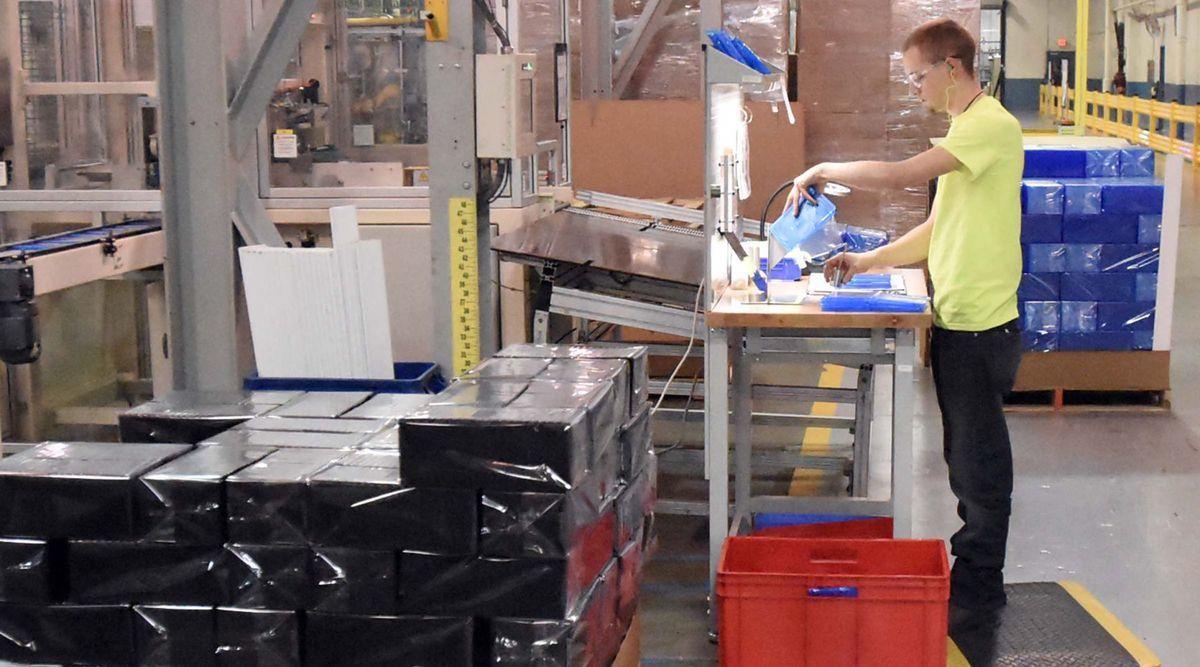 An Amaray employee checks the strength of packing material on a sleeve of DVD cases as part of the quality control at the Elizabethtown factory.

An Amaray employee checks the strength of packing material on a sleeve of DVD cases as part of the quality control at the Elizabethtown factory.

The Elizabethtown-Fort Knox Metropolitan Statistical Area has been ranked as one of the top five best places in the nation to work in manufacturing for 2017.

“This ranking speaks to the quality of the manufacturing opportunities here. These are careers that provide financial security, benefits and advancement opportunities,” he said.

According to its data, SmartAsset said manufacturing workers account for 17 percent of all workers for the area, and that number may continue to rise in the future. From 2010 to 2015, the number of manufacturing jobs in Eliza­bethtown-Fort Knox grew 41 percent. In just one year, from 2014 to 2015, it grew by 7 percent.

“While new manufacturers have been attracted to the Elizabethtown area in recent years, several of our existing companies have expanded,” Games said. “At the manufacturers and supporting industries in Eliza­bethtown’s industrial parks, employment has grown to 9,200, up from a pre-recession high of 7,500 and up by about 600 jobs since 2015.”

The study also found manufacturer workers in the area earn an average salary of $42,800 a year, after accounting for housing costs.

Although that is the lowest figure in the top 10, James Duncan, a sales associate with CAD Metal in Elizabethtown, said one of the draws for workers to manufacturing in the area is the “pay is pretty decent.”

AGC Automotive Americas Human Re­sources Manager Kristal DiCarlo said there are several features in the community she thinks are drawing more workers into manufacturing, such as the structure with education in the area. DiCarlo said they send several employees to Elizabethtown Com­mun­ity and Tech­nical Col­lege for robotics training.

DiCarlo also said manufacturing has improved its reputation over the years.

DiCarlo said Eliza­beth­town’s proximitiy to Interstate 65 makes it easier for travel so AGC can reach its customers.

“Geographically, the area has it all,” he said.

“As a plastic injection molding company, it has allowed us to gain traction in the media market for our customers,” she said, noting they have customers from Sony and Technicolor. “Being in E’town has also allowed us to gain a new business for new customers, such as Reckitt Benckiser and Altria.”

Douthitt said being in Elizabethtown allows them to remain committed to their suppliers by delivering long-term partnerships and to deliver true value to their customers.

“It is a well-positioned area to deliver great products,” Douthitt said.

Smaller metro areas. such as Elizabethtown-Fort Knox, dominated the study’s list. The average population across SmartAsset’s top 10 is about 300,000. But if Greenville, North Carolina, and Ogden-Clearfield, Utah, are discounted that figure drops in half to 150,000.

Elizabethtown manufacturers have invested more than $300 million in new and expanding facilities in the last few years. The study said this success has led the Elizabethtown-Fort Knox MSA to outpace the nation in job creation and to earn multiple recognitions.

The MSA previously has been ranked ninth in corporate facility investment among MSAs with populations of 200,000 or less; ranked 14th among small cities in Area Development Magazine’s “100 Leading Locations”; and was included in Southern Business and Development Magazine’s “The 2015 Best of Economic De­vel­opment in the American South” and “Ten Out­standing Markets Dri­ving Large MSA Economies.”

“We must continue working to increase awareness of these opportunities among students and younger workers. We also need to help parents and educators – people who influence career choices – understand that advanced manufacturing careers offer not only family-sustaining wages, but also innovative, interesting work in fields like engineering, robotics, industrial maintenance and others,” Games said.