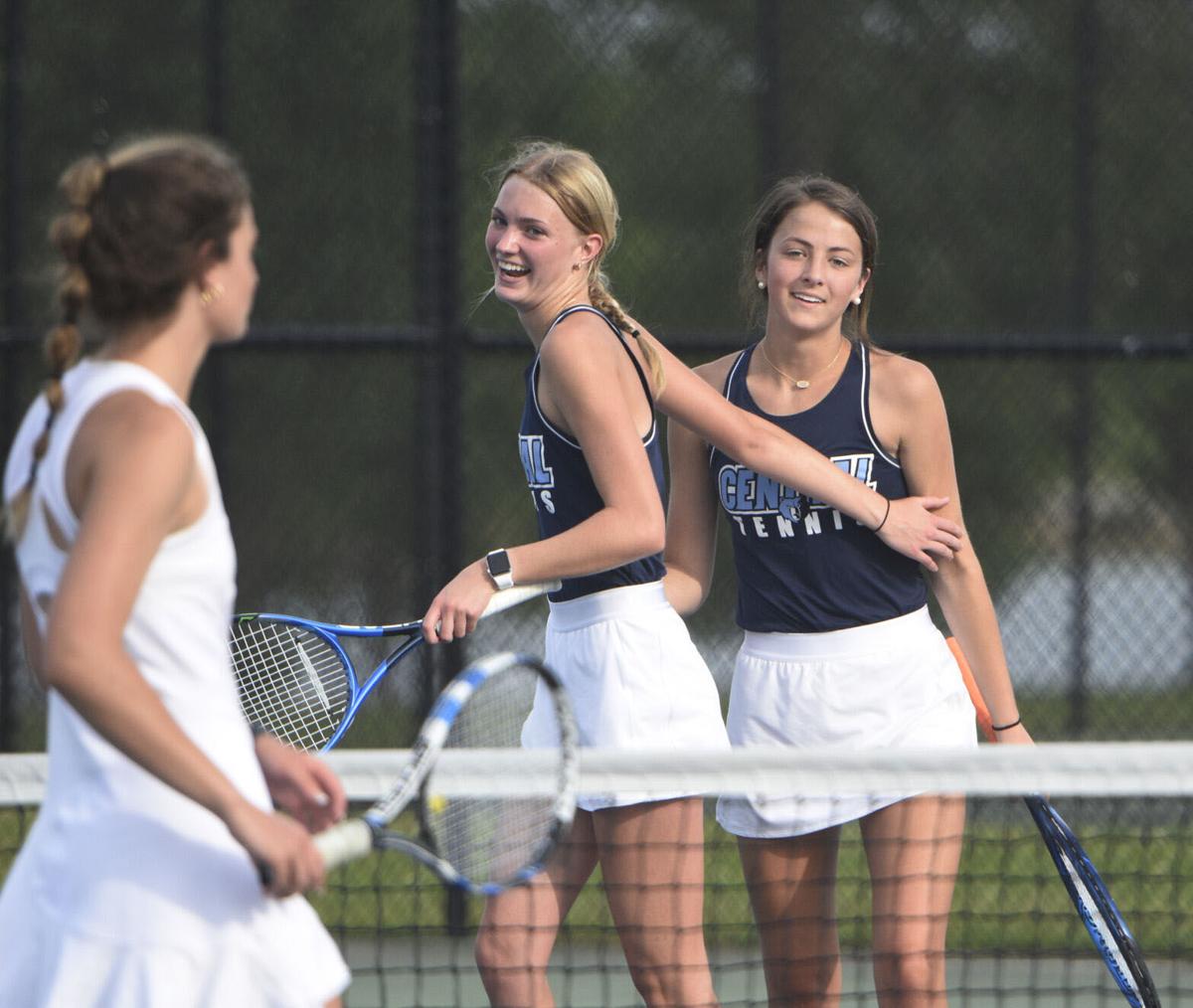 Above: The Central Hardin doubles team of Maddie Stevenson, left, and KK Ditto, picked up multiple All-Area Girls’ Tennis recognitions. As a team, Stevenson and Ditto were named the Girls’ Doubles Team of the Year, while Stevenson also was Co-Girls’ Player of the Year. 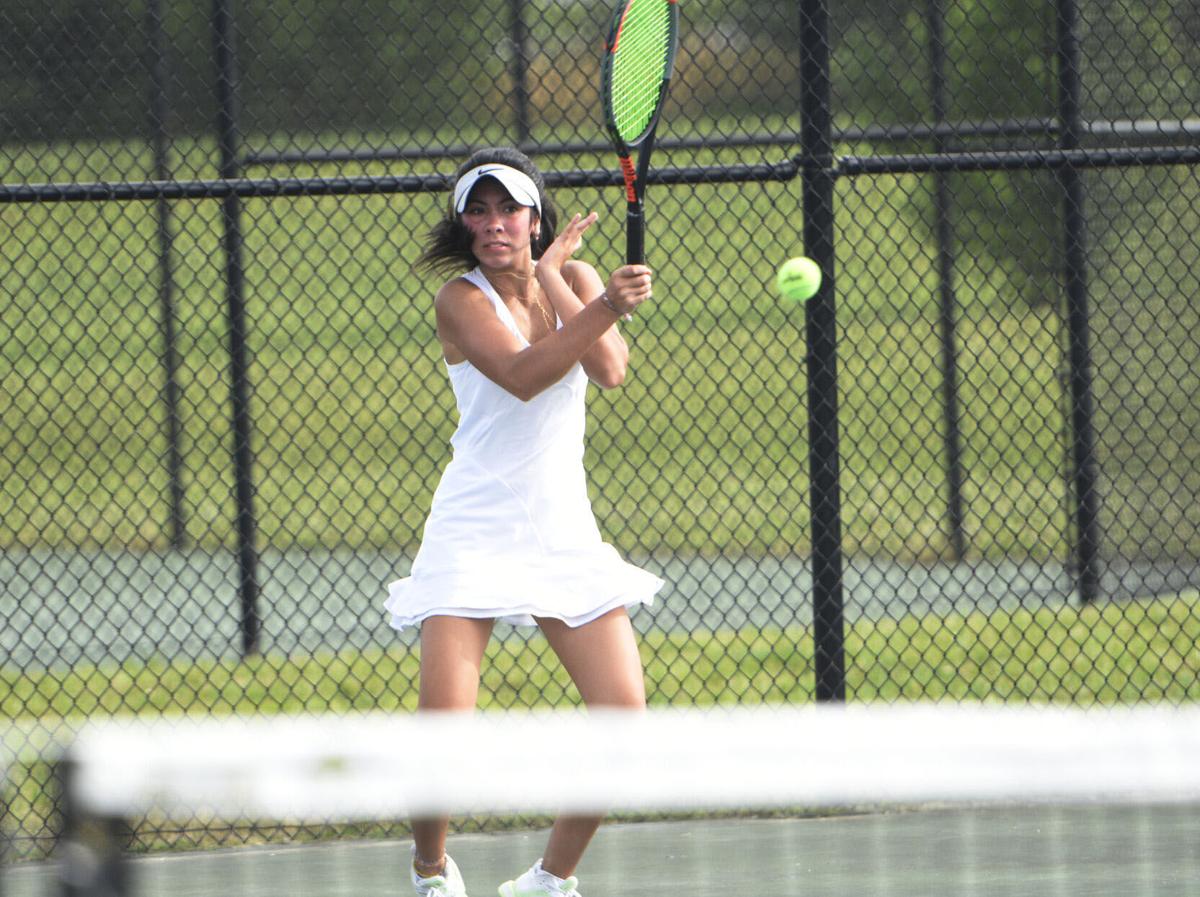 Elizabethtown’s Jai Garris earned multiple honors from area coaches, including Co-Girls’ Player of the Year with Central Hardin’s Maddie Stevenson as well as Sophomore of the Year. 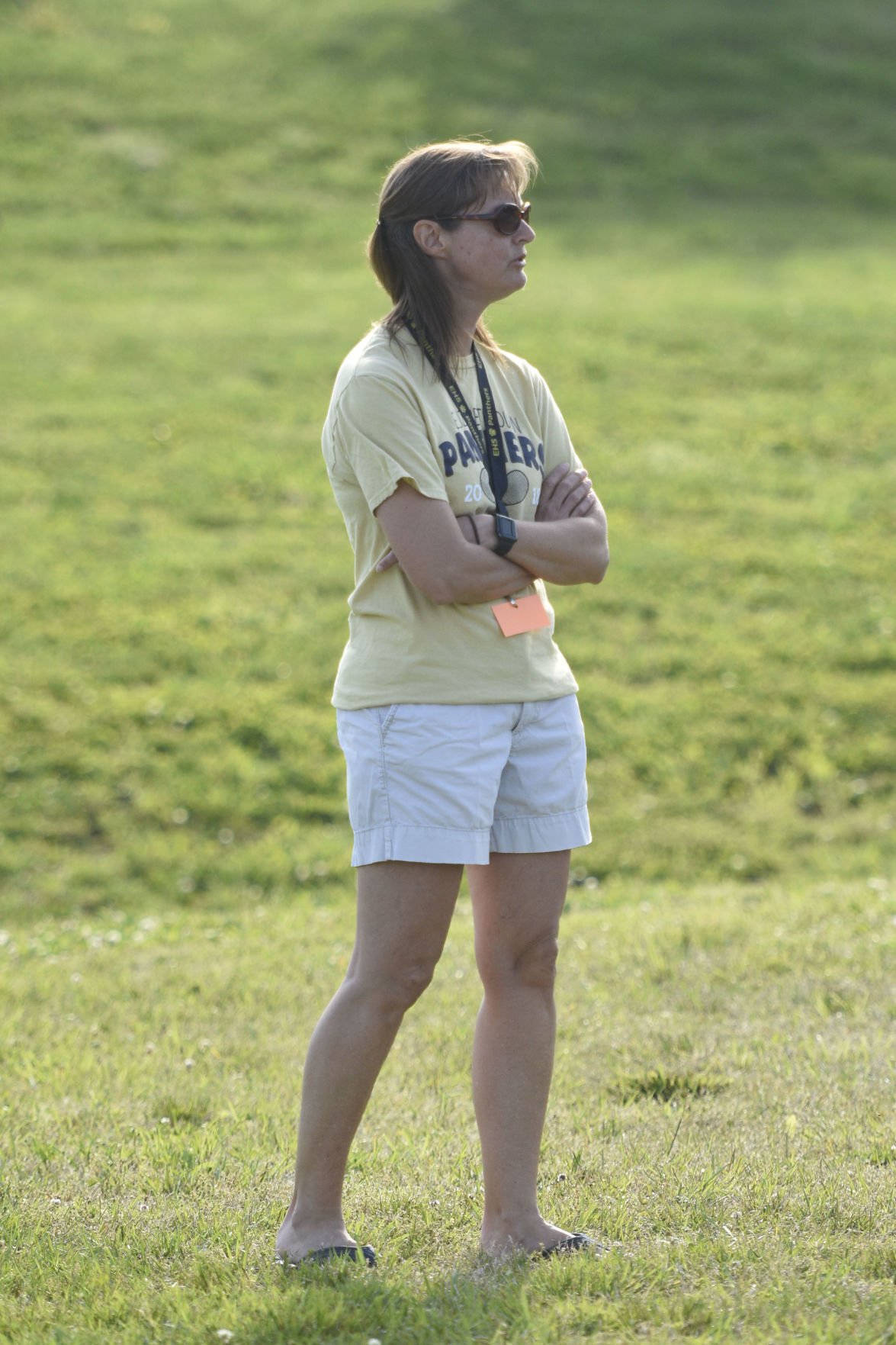 Elizabethtown's Karen Henson has been named the Area Girls' Coach of the Year.

Above: The Central Hardin doubles team of Maddie Stevenson, left, and KK Ditto, picked up multiple All-Area Girls’ Tennis recognitions. As a team, Stevenson and Ditto were named the Girls’ Doubles Team of the Year, while Stevenson also was Co-Girls’ Player of the Year.

Elizabethtown’s Jai Garris earned multiple honors from area coaches, including Co-Girls’ Player of the Year with Central Hardin’s Maddie Stevenson as well as Sophomore of the Year.

Elizabethtown's Karen Henson has been named the Area Girls' Coach of the Year.

Elizabethtown had two of its four selections earn first-team honors in Jai Garris and the doubles team of Rachel Bell and Abby Henson. North Hardin had one first-team pick in Katelyn Edwards.

Central Hardin and Elizabethtown also earned multiple individual awards. Stevenson and Ditto were named the Girls’ Doubles Team of the Year, while Stevenson was further recognized as a co-recipient of the Girls’ Player of the Year title. She shared the honor with Garris, who also was named the Girls’ Sophomore of the Year. The Lady Panthers additionally took home Girls’ Coach of the Year honors, with Karen Henson finishing as this year’s recipient.

Second-team selections included Central Hardin’s MaKenna Cox, as well as Elizabethtown’s Natalie Schory and the doubles team of Ashton Bailey and Liz Hanson to round out all-area team selections for both programs.

DOUBLES TEAM OF THE YEAR

CO-GIRLS’ PLAYER OF THE YEAR

Stevenson and Ditto made their return to the court count this past season, with plenty of success from start to finish. Their efforts resulted in the multiple honors they received from area coaches.

In girls’ Doubles Team of the Year voting, Bell and Henson followed in second place, while teammates Redford and Thomas finished third in the voting.

“It’s just really an honor to be selected out of all of the teams throughout the area. I just know that I wouldn’t be able to do it without Maddie obviously and her keeping me positive not only in tennis but in everything in general, which is where it typically comes from a lot,” Ditto said. “Also my coaches help me a lot to stay calm, which I think is a big part of being chosen.”

In Girls’ Player of the Year voting, Stevenson and Garris were followed by Ditto and McCune.

Like Ditto, Stevenson was quick to attribute her success to her doubles partner.

“I feel very excited and honored to be recognized as part of the Girls’ Doubles Team of the Year and Co-Girls Player of the Year. I could not have had this season’s success without my partner KK Ditto,” Stevenson said. “I am also very thankful for the support of my wonderful coaches, teammates and parents. Jai is an incredible player, so it is amazing to be recognized alongside her.”

This was the first year Stevenson, a junior, and Ditto, a sophomore, had played together as a doubles team. They won the 5th Region Tournament girls’ doubles championship in May and reached the KHSAA state tournament round of 16.

“After missing our season last year, I realized how much tennis means to me which pushed me to work harder this year. I think the key to our success was our teamwork,” Stevenson said. “KK and I have different playing styles which complemented each other on the court. The most important aspect of our success was the ability to pull each other up when one of us was struggling.”

Stevenson and Ditto have one more year to look forward to as a doubles pair before Stevenson’s graduation. While there’s still plenty of time to figure out their goals, they’re hoping for another big season.

“We would love to play together again and do the same things, accomplish the same thing in conference, in region of course, then just go back to State with the same mindset that we went into with it this year, knowing that, good or bad, we still tried our hardest,” Ditto said.

Similarly, Stevenson hopes that she can close out her time at Central Hardin the right way.

“I am excited for senior season and to have one last go around as a Lady Bruin,” Stevenson said. “With a busy senior year and college applications, I am ready to enjoy my last season.”

Garris was yet to play a season of tennis at Elizabethtown prior to 2021. She had planned to play for the Lady Panthers as a freshman, but the pandemic had other plans. She made up for lost time this year and received her own pair of honors from the area’s coaches.

“I’m humbled and honored to receive the Player of the Year and Sophomore of the Year awards because it’s my first high school season since I missed out on freshman year due to COVID,” Garris said.

Highlights from Garris’s season included conference and region girls’ singles titles, as well as a run to the state tournament quarterfinals.

Adding to the magic of this past season was the fact that her mother, Elizabethtown assistant coach Aileen Garris, also won a region title as a sophomore during her time as a Lady Panther.

“I’ve just been training in Louisville. I go multiple times a week for lessons and clinics. I just couldn’t do it without my parents, my coaches in Louisville and Mr. and Mrs. Henson for supporting me in all this,” Garris said. “My mom won region her sophomore year, so for me to win also just makes winning it my sophomore year extra special to continue the legacy.”

Garris hopes to add to her family’s legacy with Elizabethtown tennis over her remaining years with the program. She also is shooting to continue her playing career beyond high school in just a few years’ time.

“I want to play tennis in college, so I’ve been traveling to a lot of out-of-state tournaments, like national tournaments to up my game, Garris said. “I definitely want to keep winning conference and region and get to State and do well there.”

GIRLS’ COACH OF THE YEAR

“It’s always an honor to be voted on by the other coaches of the area. We attribute a lot to our players. Obviously they’re the ones out there going through the grind day in, day out, representing us as coaches and our high school,” Henson said. “They do a great job of that out on the courts and in the community.”

In addition to the Lady Panthers’ team conference and region titles, they sent multiple players to State, including Garris, Schory and two doubles teams.

“We kind of went in not knowing on the girls’ side. We had lost several starters who missed their senior season. We had Abby and Ashton Bailey coming back for us, Jai really had missed her first high school season and we weren’t really sure,” Henson said. “We had some young kids step up… . Just overall as a team, they just really gelled well because again you had lost the whole season before and had some newer faces, had some girls really step up… . We tried to put them in the position with our scheduling to have them ready, they performed and they excelled very well for us.”

Now that some of these newer names have shown what they’re capable of this past year, Henson is looking forward to seeing what her returning players do next time around.

“We’ll have a little bit of experience coming back. We’re gonna have three starters leaving and three starters returning, so we’re gonna have some more pieces on the girls’ side to figure out in terms of moving around or keeping them the same,” she said. “I know already they’re all working very hard through the summer and they will continue through the fall and winter to be ready for us and us to be ready as a team.”