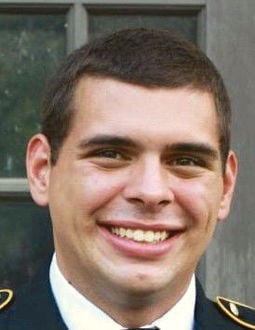 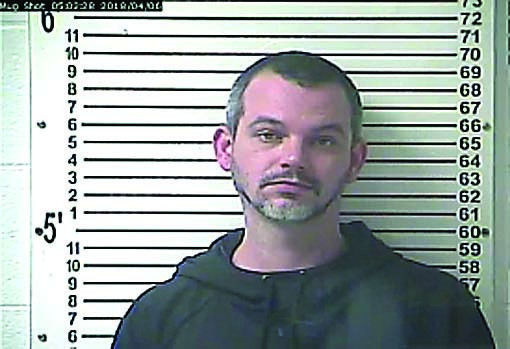 Defense attorney Darren Wolff — one of two attorneys representing Bradley Anderson in his trial over an April 2018 shooting death in Elizabethtown — grilled the lead detective in the case for about two hours Thursday morning, saying her investigation was shaped by a “narrative” she was piecing together in the case.

Andrea Haire, who has been with the Elizabethtown Police Department since 2012 and a detective for about three years, was the only witness in the morning session.

As he had with each EPD witness in the case, Wolff painted a picture of an investigation with holes in it in cross examination. From EPD officer Matthew Berry’s testimony that he handled a weapon found on the ground without using gloves to others and then to Haire, Wolff accused her multiple times of having an investigation that fit a certain narrative in the shooting death of Stanley McFalda Jr.

Wolff said his client acted in self defense April 5, 2018, when McFalda, 26, approached him in the front of Anderson’s home at 929 Greenway Drive in Elizabethtown.

Among the areas Wolff, of Louisville, challenged Haire on was on the issue of messages sent from someone named “Joe Smith” to various people — such as Cris Ingeron, who McFalda was in a relationship with at the time of his death and is the mother of his three children; Heather McFalda, who still was married to McFalda in 2018, and Stephanie Mattingly, who Stanley McFalda previously was involved with.

“You didn’t get the IP address to see who initially set it up, did you?” Wolff asked.

“And the reason you didn’t do it was because it didn’t fit the narrative you were writing in this case,” he said, his voice raised.

Haire disagreed with his assessment.

“You didn’t keep an open mind when it came to Joe Smith,” Wolff said.

Haire quickly replied, “I didn’t when information pointed to your client.”

The messages sent from “Joe Smith” all originated at 929 Greenway Drive and all were found on electronic devices belonging to Anderson, according to testimony.

Anderson, 34, decided not to testify in his own defense and the defense rested its case Thursday afternoon, calling no witnesses.

Wolff also found issue with what wasn’t sent for forensic testing, such as a gun belonging to Ingerson, a cellphone, an iPad and two cameras at the home, including one in Ingerson’s upstairs bedroom. She had moved in with Anderson less than a month prior to the shooting.

He also accused her of “grooming” witnesses to testify and asked if there were protocols or procedures EPD used in investigating a crime scene such as a homicide. Haire said detectives have attended several training sessions and that they “make sure T’s are crossed and I’s are dotted” in investigations. She denied that any witness was “groomed” by her or anyone else with EPD.

Wolff said his client made a claim of self defense as to why he shot McFalda soon after the investigation began. He said neither Haire nor Detective Sgt. Matt Hodge questioned Anderson at police headquarters about why he shot McFalda.

Under cross examination, Assistant Common­wealth’s Attorney Jim Lesousky countered Wolff’s point by asking Haire if Anderson ever said he saw McFalda, who was unarmed, reach for a firearm that Ingerson had in a holster.

Lesousky asked her if Anderson was given a chance to go in depth about what happened that night. She said he was provided “several” opportunities to add to his self-defense claim.

Anderson, who had moved to the area with Ingerson and their children from New York about two years prior to the shooting, is charged with murder and first-degree wanton endangerment. If convicted of murder, Anderson faces between 20 and 50 years, or life, in prison.

It also was revealed by Wolff that 1,547 text messages were exchanged among Anderson, Ingerson and McFalda from March 27 through April 5.

A forsensics expert with the State Medical Examiner’s Office, Dr. Randall Falls, had a taped testimony played for jurors in a brief afternoon session.

He testified McFalda died from a shot to the front of the head and that he determined the shooter was about two feet away based on powder strippling found on McFalda. He said “most handguns” fire burned and unburned particles from a gun up to two feet.

Wolff asked if Falls had seen the handgun used in the shooting and he said he hadn’t.

The trial resumes Monday morning in Hardin Circuit Judge Kelly Mark Easton’s courtroom. A scheduling conflict today pushed the trial to Monday when jurors will be given instructions and hear closing arguments from attorneys before deliberating the case.

About two hours before Bradley Anderson said he took a gun out of his holster and shot and killed a man in front of his Elizabethtown home, he…