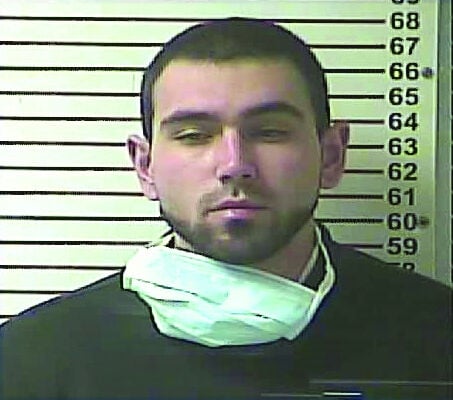 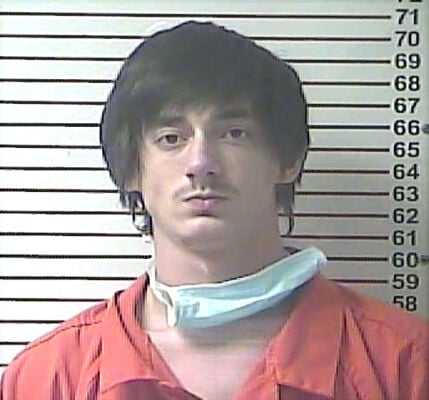 Two men were arrested after one of them allegedly brought a stolen gun to a local pawn shop where the victim was working.

Officer Eric Reiman of the Elizabethtown Police Depart­ment had taken a burglary report Wednesday from a homeowner about the theft of three handguns and some money. Police believe the theft occurred Tuesday while residents were at work.

Douglas Blanton, 22, according to the citation, took one of the firearms to E’town Pawn and Guns to sell it ­– apparently unaware the homeowner works at the shop.

The clerk called police after recognizing the gun.

According to the citation, Blanton was taken to the police department for questioning and the stolen guns were recovered. Blanton said it was one of two guns he bought Tuesday and claimed he was checking the value of the guns and if they were stolen.

According to a separate arrest citation, Reiman’s investigation identified Kristopher Knick, 18, as a suspect.

Knick was found Thursday in a motel where his room and person was searched. Officers reportedly found glassware used for consuming marijuana wax and an “amber substance consistent with marijuana wax,” the citation says. Other items included drug storage containers and a silicone smoking device.

At the police department, the citations said Knick initially denied any involvement with burglary, but then admitted he provided Blanton, access to the victim’s residence to “take whatever to call it even,” since he had owed Blanton money.

Both Blanton and Knick are charged with first-degree burglary, a Class B felony, punishable by 10 to 20 years in prison, if convicted. Knick also faces drug-related charges.

Blanton was released from the Hardin County Detention Center on a $5,000 bond. Knick was released Friday on a recognizance bond.