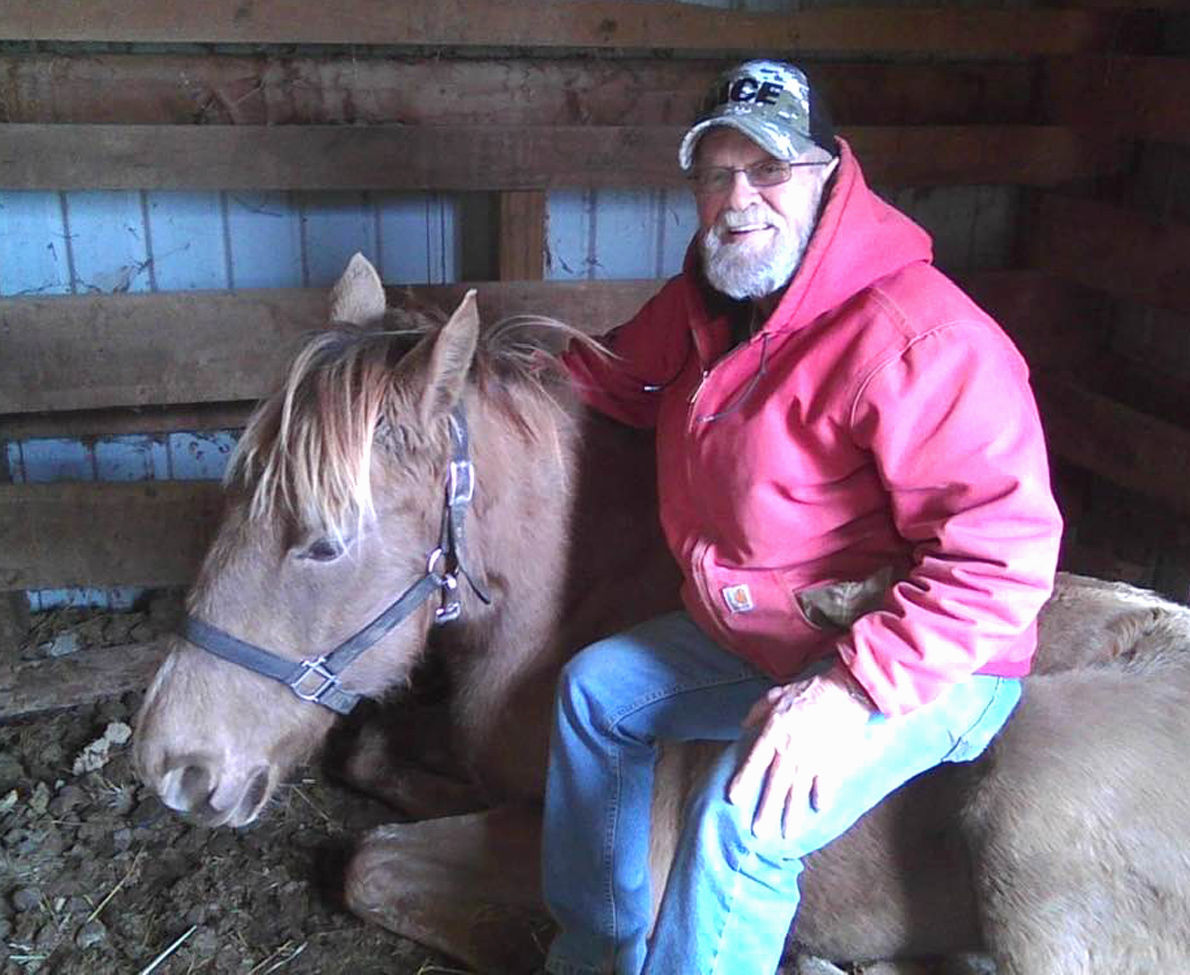 Roy Wright with his horse, Sarge, then 2. The horse was shot four times Wednesday morning and killed on the family’s property on Wooldridge Ferry Road in Elizabethtown. 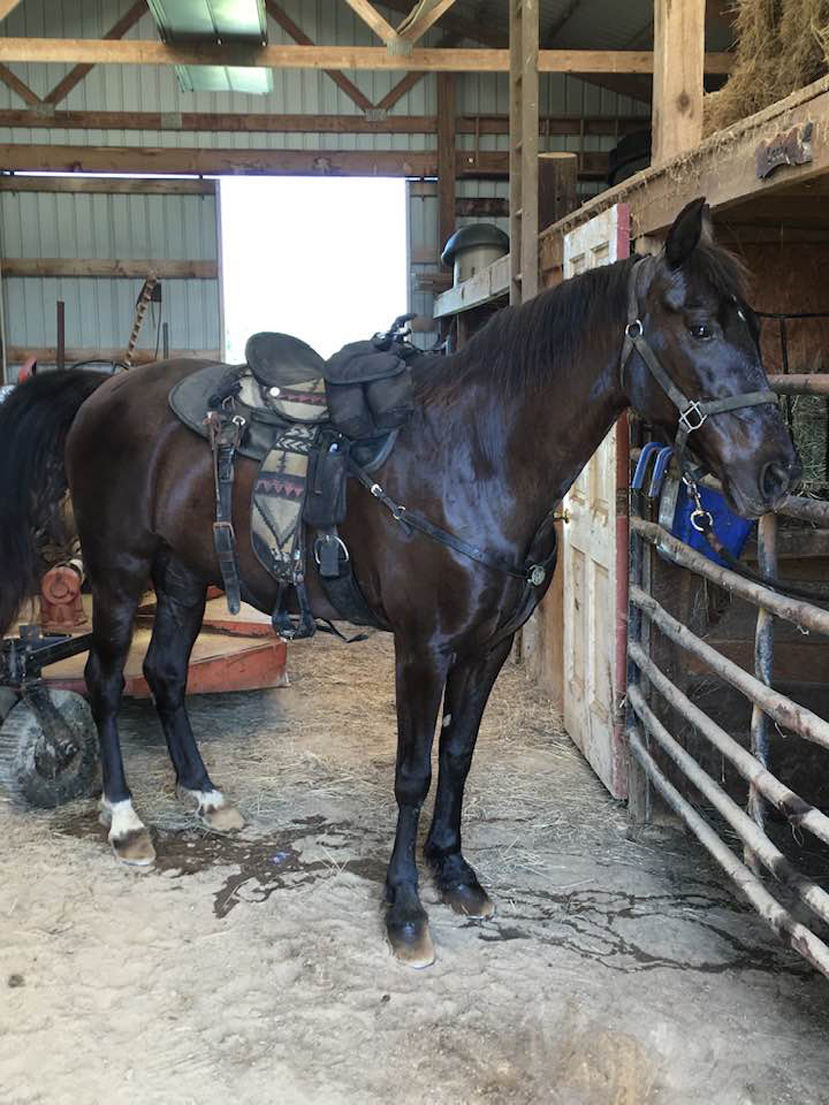 Generator, a 24-year-old mare, was shot once Wednesday morning in the neck and is recovering from the injury.

Roy Wright with his horse, Sarge, then 2. The horse was shot four times Wednesday morning and killed on the family’s property on Wooldridge Ferry Road in Elizabethtown.

Generator, a 24-year-old mare, was shot once Wednesday morning in the neck and is recovering from the injury.

As he often does, Roy Wright saw his 3-year-­old Kentucky Mountain Pleasure horse, Sarge, ly­ing down Wednesday morning on their vast pro­­p­er­ty along Wooldridge Ferry Road in Eliza­bethtown.

He thought nothing of it.

“I saw the horse laying up toward the road about daylight, and then I fooled around for a few minutes and I went back in the house,” Wright said. “Then I went up there to look when he was still there.”

About 90 feet or so from the road, he found Sarge was dead. The cham­­pagne-­­colored horse with a “sweet and play­ful demeanor,” who he had for just more than a year, had been shot four times, including once in the heart and once in the lung area.

“I broke that horse,” Wright said. “I’m the only one that ever rode him. … I had looked for one like him for a long time. I found him and really liked the color of him. He was a real special horse in a lot of ways.”

Wright and his wife, Judy, are heartbroken from what Roy called a “senseless act.”

Another horse, Gener­ator, also was struck in the neck by a bullet. Roy said the bullet entered on the right side of the neck and was lodged on the left side. It has been removed by veterinarian Scott Blair of Rineyville.

Roy said the horses were shot sometime Wed­nes­day morning. He said when he got to the horse, the body still had warmth in him. He called to have the animal removed at 7:41 a.m., he said.

The couple said they didn’t hear any gunfire.

“Sarge, he was just a great horse, a good-natured horse,” Judy said. “I just don’t understand how someone could do something like this to a horse. My husband had wanted a horse like him for several years. They bonded immediately.”

Roy Wright said a .45-caliber gun was used. Some shell casings were found by the couple’s mailbox.

The Hardin County Sher­iff’s Office is investigating. Sheriff John Ward said the suspect or suspects will face two charges when captured — first-degree criminal mischief, a Class D felony punishable by one to five years in pri­son, if convicted, and sec­ond-­degree animal cruelty, a Class A misdemea­nor punishable by up to one year in prison, if convicted.

“We’re hopeful we can catch who did this,” Ward said.

Roy, 81, said he has lived more than 50 years on that property and never faced any issues. The fact someone deliberately shot two horses while he and his wife slept that night has been emotional for them.

“I’ve had a lot of horses in my life,” Roy said. “He’d stack up against any of them. He would come to you when you’d call him; he’d follow you around. He wasn’t that hard to break.”

He said he had ridden Sarge in July from Virginia to Tennessee and also went on an eight-day trip to Knott County around the coal mines in Eastern Kentucky this year.

The Wrights, who had three horses, said Gener­ator, a 24-year-old mare Tennessee Walking Horse, is recovering and “was up and eating” Thursday.

“All things considered, she’s doing OK,” Judy said. “I thank God she was able to get out of the way.

“What can you possibly get from shooting horses in their own field?” Judy said. “He was such an affectionate, eager-to-please horse.”

Anyone with any information on the shooting of two horses Wednesday morning on Wooldridge Ferry Road in Elizabethtown is encouraged to contact the Hardin County Sheriff’s Office at 270-765-5133 or call Hardin County CrimeStoppers and leave an anonymous tip by calling 800-597-8123.