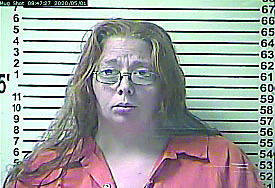 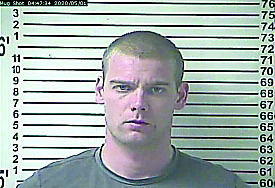 Two people charged in Hardin County’s first homicide of the year in April have been indicted on a variety of charges, including complicity to commit murder of the mother of one of the accused.

Krystal Erbelding, 33, of Elizabethtown, and Jacob Lugmayer, 27, of Radcliff, could spend the rest of their lives in prison if convicted of the April 30 shooting death. Kathy Erbelding, 63, of Elizabethtown was found dead in the basement of her rented Wise Lane home by Kentucky State Police. She had been shot twice, according to an autopsy report.

A Hardin County grand jury Thursday indicted the pair on complicity to commit murder, a Class A felony, punishable by 20 to 50 years, or life in prison, if convicted, as well as first-degree robbery, a Class B felony punishable by 10 to 20 years in prison, if convicted. The case is death penalty eligible, Commonwealth’s Attorney Shane Young has said.

KSP discovered her body around 9 p.m. April 30 after getting a search warrant for the home.

According to arrest citations, when KSP arrived at the home with the warrant, Lugmayer fled and was located on foot on Hutcherson Lane.

In an interview with police, he reportedly admitted to trying to dispose of the body and destroying and throwing his cellphone in the woods, according to a citation.

Krystal Erbelding transferred $700 from her mother’s account into hers, according to a citation and said she purchased the gun used in the shooting.

The Elizabethtown Police Department was contacted at 5:30 p.m. regarding a possible homicide. EPD then contacted KSP.

Lugmayer and Erbelding are being held in lieu of $1 million cash bond in the Hardin County Detention Center. They are scheduled to appear Tuesday in Hardin Circuit Court.