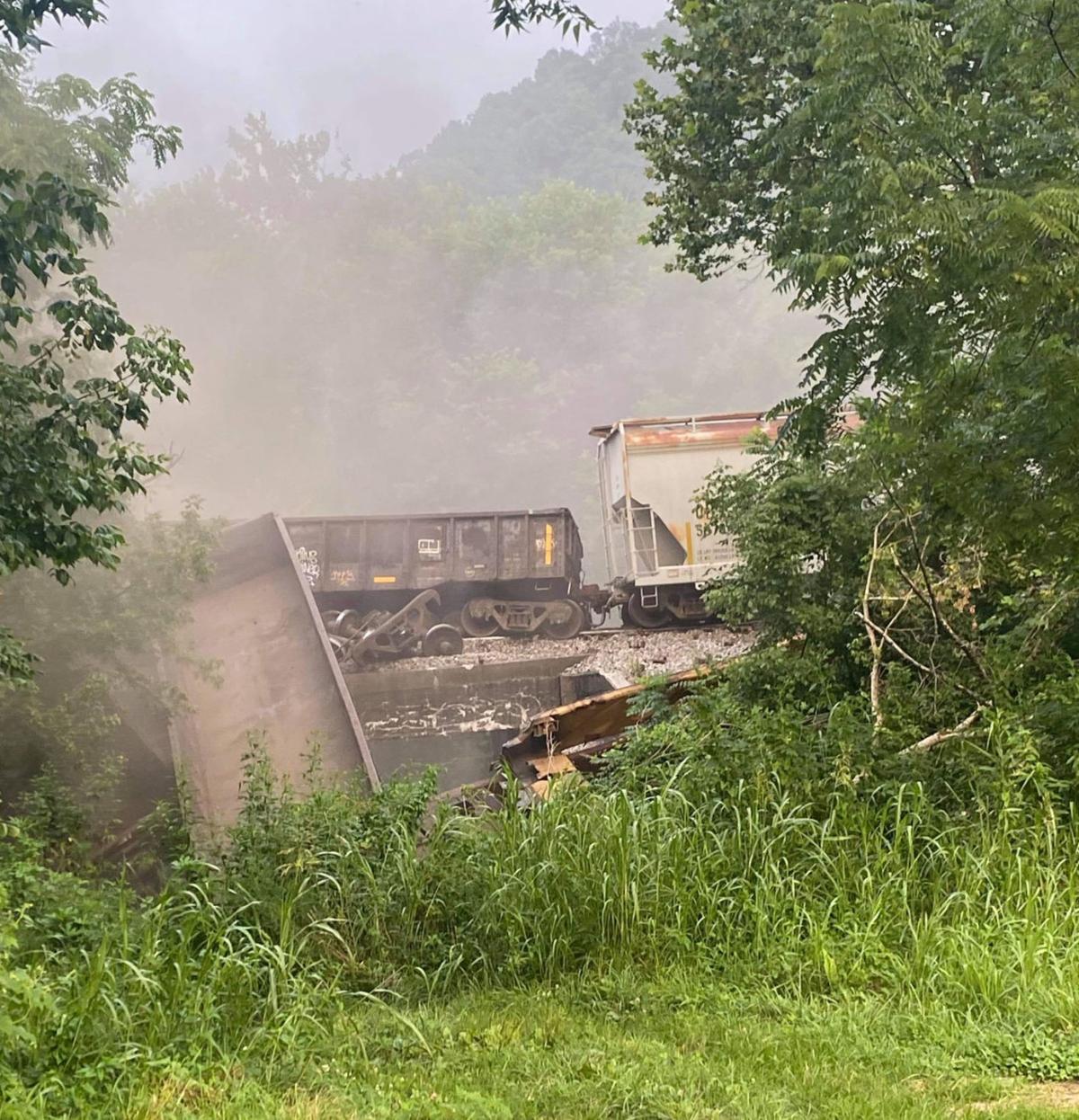 A CSX freight train derailed Tuesday night in Colesburg not far from Interstate 65 in a rural corner of Hardin County. 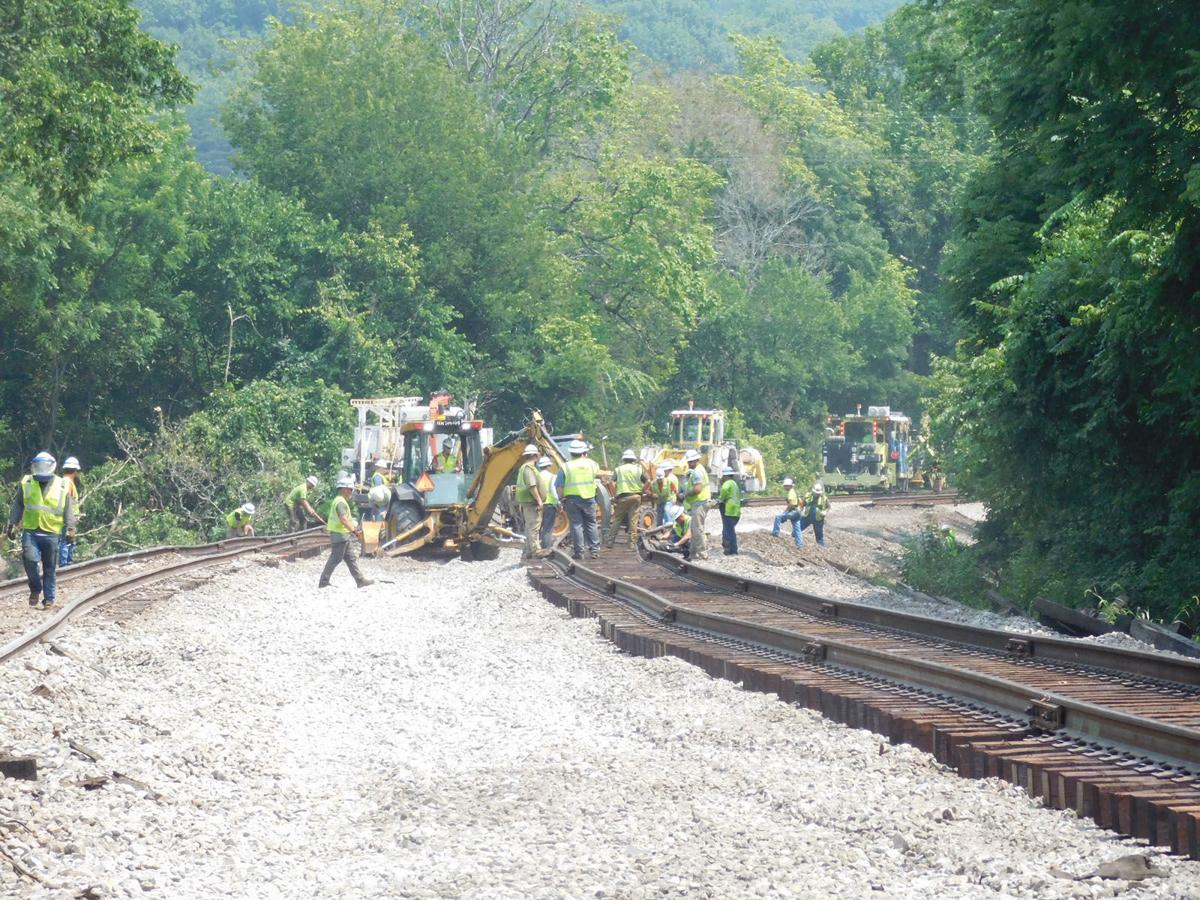 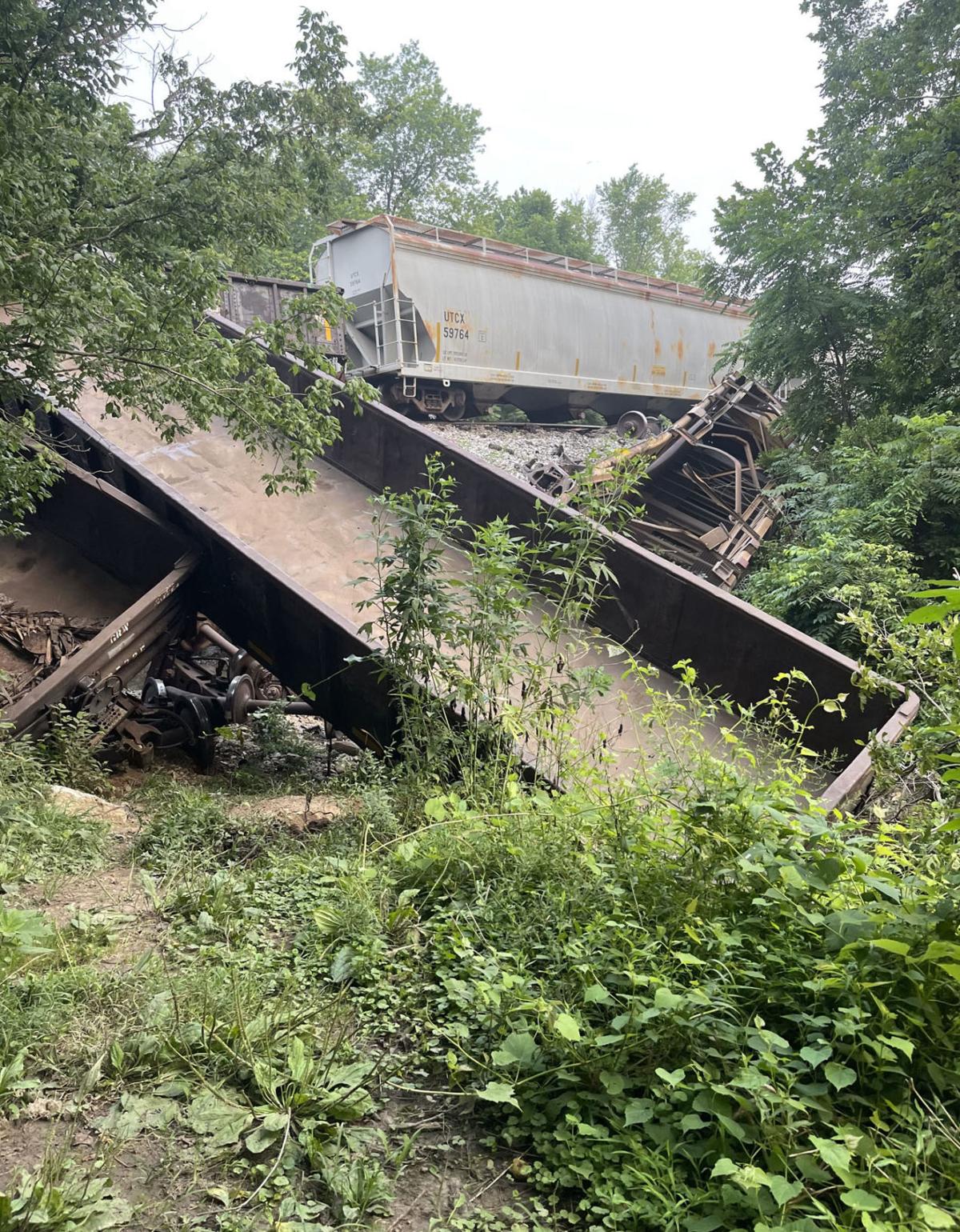 A CSX freight train derailed Tuesday night in Colesburg not far from Interstate 65 in a rural corner of Hardin County.

For the most part, Tuesday night was pretty typical for Kayla Martin in the small town of Colesburg where children run freely on streets.

She was in her house that’s about 50 yards from train tracks that run along southbound Interstate 65 near the 102-mile marker when she heard something she hadn’t in three years or so of living there.

“I was inside and then I heard my husband screaming outside,” she said. “By the time I got outside, the (train) axle was coming off here at the intersection so we could hear it bouncing. By the time the train got to the intersection the car bounced off and then five more (cars) followed and you could see them bouncing and getting thrown off the tracks.”

“We were three cars away from a disaster,” Shumate said.

He said three cars behind the wreckage was a car containing ethanol alcohol.

Martin said she called 911 and then they looked for the train conductor to make sure he was OK. She said train personnel already were out of the train and checking the wreckage.

By Wednesday, the train cars were off the tracks as dozens of CSX and R.J. Corman crews were on the scene working under a hot sun. The railroad was expected to open soon, possibly Wednesday night.

Martin said smoke was coming from the wreckage and the smell of the brakes being locked up also was present.

“It all happened so fast,” she said.

Martin said the train had four engines and “that tells you how heavy that load was.”

Initially, residents were told to evacuate and then that soon was determined to be unnecessary, Shumate said.

“There were no injuries and no hazmat, so that’s a blessing,” Shumate said.

Martin said she had heard the area was prone to derailments. It’s the second derailment in the last four years in Colesburg.

“Our first thoughts were making sure everything was OK,” she said. “Accidents happen all the time. You live by a railroad track it’s a chance you always take.”

Jeff D’Alessio can be reached at 270-505-1404 or jdalessio@thenewsenterprise.com

Jeff D'Alessio can be reached at 270-505-1404 or jdalessio@thenewsenterprise.com