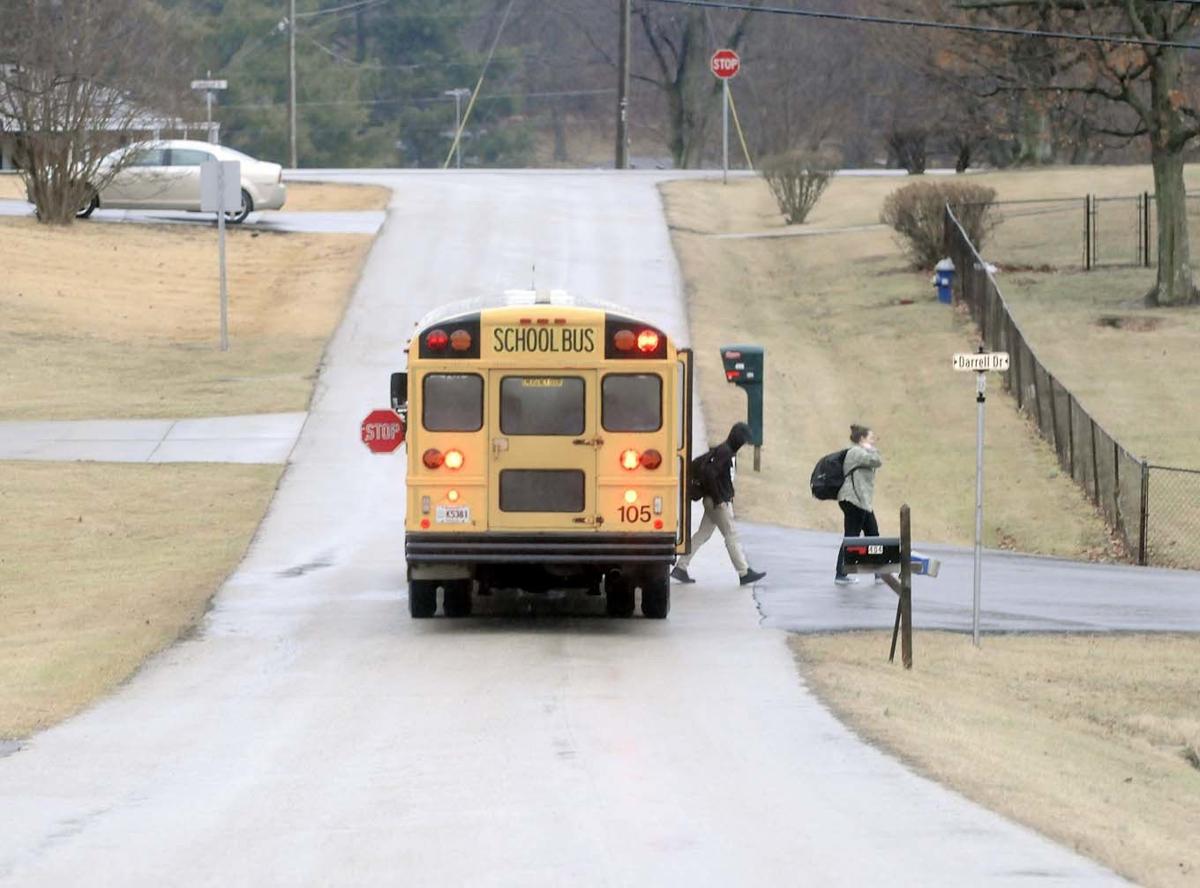 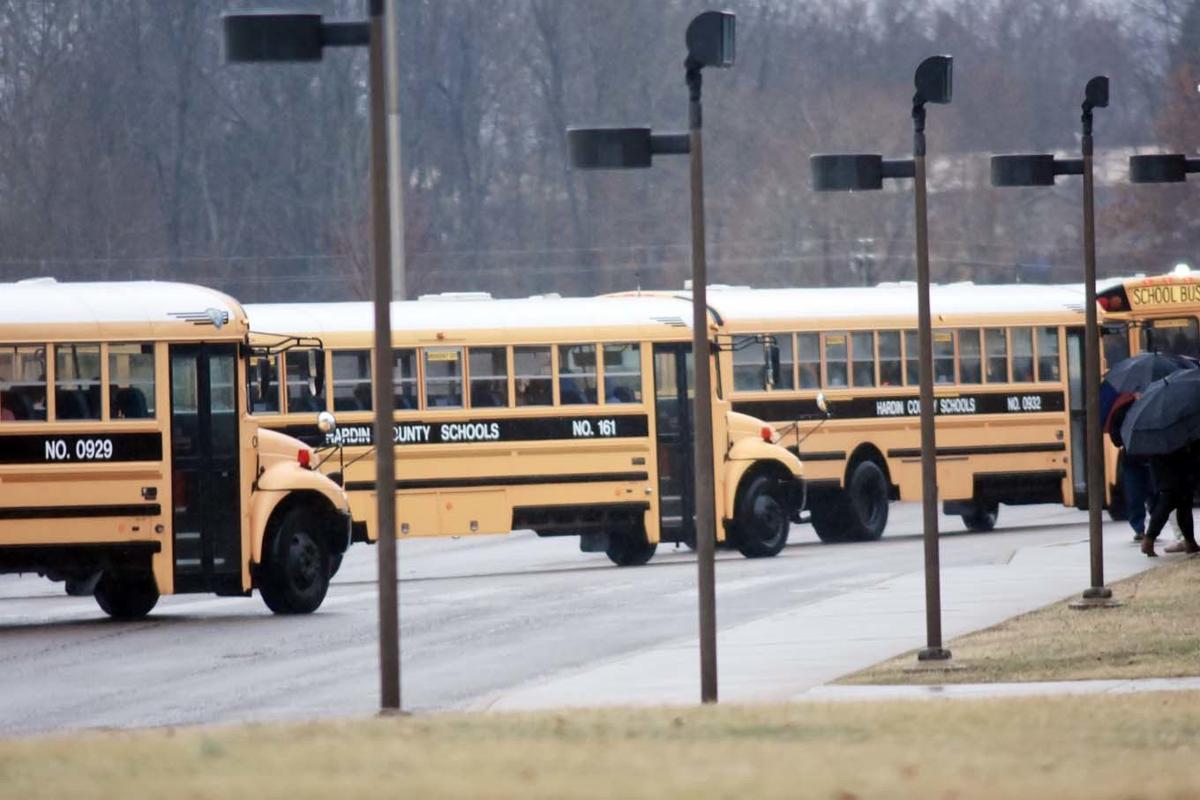 School buses pull out from John Hardin High School on Thursday afternoon to take students home at the end of the school day. 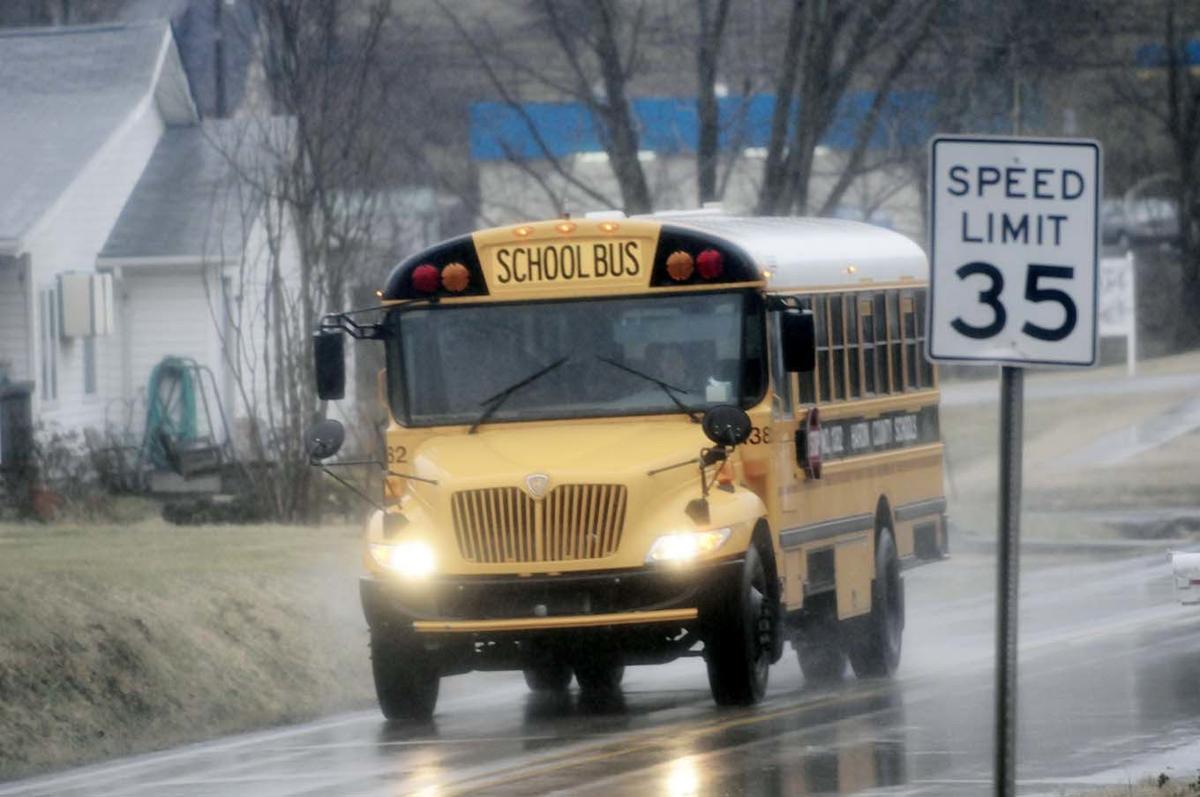 School buses pull out from John Hardin High School on Thursday afternoon to take students home at the end of the school day.

“They’re running stop signs everywhere,” said Lynch, who has driven a school bus for six years in the northern end of the county. “It’s a big thing with us. (It’s happening on) just about every street in the county.”

On Jan. 25, a James T. Al­ton Middle School student was struck by a vehicle as she crossed Hill Street in Radcliff to board a school bus. Christian Cruz, 20, of Radcliff, was arrested and is facing multiple charges.

The school bus was operating its flashing red lights, according to an arrest citation. According to state law, drivers must stop for a loading or unloading school bus when its signal lights and stop arm are activated.

According to the citation, Cruz told police he had worked all night at Walmart in Radcliff and was tired when the collision occurred.

The 13-year-old girl who was hit was flown to Norton Children’s Hospital in Louisville with non-life-threatening injuries.

Lynch and other bus drivers in Hardin Coun­ty Schools and Eliza­­beth­­town In­depen­dent Schools say there’s not much they can do when they see a car run their stop sign. Law enforcement officers would need to witness the violation to cite a driver or the bus drivers would have to write down the make, model and license plate number of the car.

Lynch said many of the drivers who pass his bus appear to be texting or not paying attention. Other bus drivers echoed that.

“I’m wondering what’s going through their minds or what’s wrong with them,” said John Zink, a bus driver for EIS.

Zink drives a preschool route in the morning and for all schools in the afternoon.

The first offense of passing a loading or unloading school bus is punishable by a fine of $100 to $200 or 30 to 60 days in prison. A minimum of six points also could be assessed to the person’s driving record, if convicted.

“If we witness it, you will get arrested,” he said.

Both Elizabethtown and Radcliff police said illegal passing is a problem, though they don’t receive many complaints.

Other states have added cameras to buses to help enforce the law. According to the National Conference of State Legislatures, at least 15 states have allowed cameras to be placed on the outside of a bus to record illegal passing.

Bus drivers interviewed for this story supported having cameras.

Because drivers can’t be depended on to stop, bus drivers have procedures in place to protect students.

Joseph Stone, a driver trainer for HCS, said drivers have about 25 steps they take at stops to keep students safe.

When a bus stops for loading or unloading, the driver scans all mirrors and makes sure traffic is completely stopped before telling students to cross the road.

“We keep reminding kids not to go unless the bus driver says so,” Stone said. “A bus driver is there to protect you.”

“Most of the time, it’s cars approaching,” he said.

Zink said he has tried to record license plate numbers, but after driving for 13 years, he’s given up.

“I’ll tap the horn to warn them,” Lynch said. “People know it. They know we’re a school bus and know we stop.”

Dana Johnson has driven many routes for EIS. He said multi-lane roads are a problem.

“Based on my experience, not a week goes by that there’s not a drive-by,” said Johnson, who has driven buses since 2010.

For roads with four or more lanes, drivers traveling in the opposite direction of the bus don’t have to stop.

“Cars behind us are the ones that are going past,” he said. “Every­body’s in a hurry.”

He said in some neighborhoods, he has seen bystanders react when a car passes a stopped bus. He’ll see them try to take down the license plate number.

Johnson said the law is about children’s safety.

“People need to slow down and remember it could be their child crossing a street,” he said.

It's common knowledge that traffic is out of control. People get behind the wheel and forget how to be a safe driver, respectable to others, and responsible. You see it all the time and all over the county. They speed, run red lights, stop signs and school buses, don't use turn signals, drive at night without their lights. It's not only a bad reflection on them but the county as a whole.