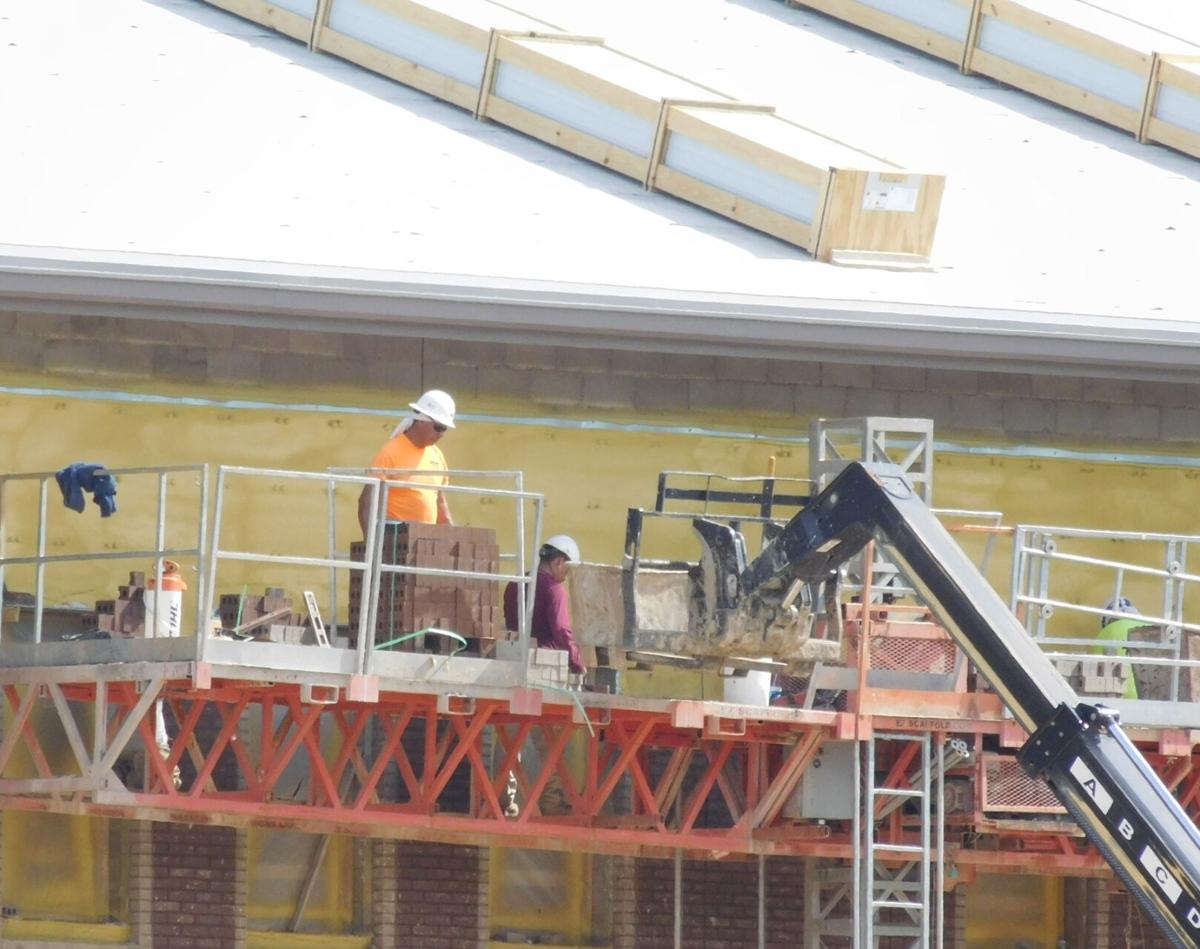 Workers at the new Lincoln Trail Elementary School on U.S. 62 in Elizabethtown worked last week on the front of the building. 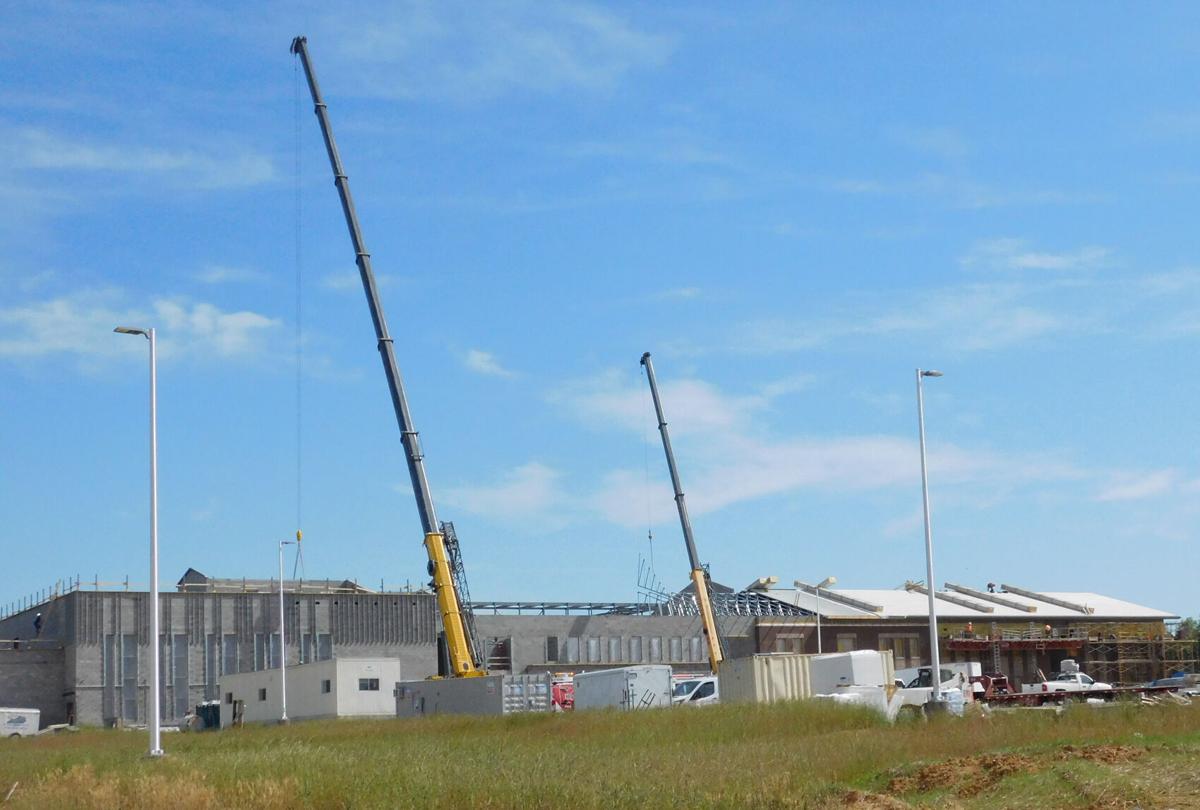 A wide look at construction last week of the new Lincoln Trail Elementary School on U.S. 62 in Elizabethtown.

Workers at the new Lincoln Trail Elementary School on U.S. 62 in Elizabethtown worked last week on the front of the building.

A wide look at construction last week of the new Lincoln Trail Elementary School on U.S. 62 in Elizabethtown.

Despite the weather and COVID-19, Hardin County Schools still have been construc­ting the new East Hardin Middle School and Lincoln Trail Ele­men­tary School buildings, with an ex­pec­tation to complete both projects by the end of the year.

John Stith, chief operations officer, said rainy weather is a big aspect as to why the buildings will not be completed by the original completion date of August 2020.

He said in June 2019, the construction, especially with East Hardin, was highly affected by torrential rain.

At the time, the building pad already was put into Lincoln Trail which helped continue construction despite the rain, but that was not the case with East Hardin.

“We just haven’t been able to catch back up,” Stith said.

Stith said he expects a move in to East Hardin during winter break and for Lincoln Trail staff during fall break and hopefully no later than that.

He also said CO­VID has affected construction. A number of the masonry crew was over the age of 60, which resulted in quarantines after it was discovered someone in the crew was related to someone who had tested positive for the virus.

This resulted in not having as many people on-site working on the masonry.

East Hardin still has a good portion of the roof that needs to go on the building, including over the cafeteria. Despite the setbacks, he said construction recently has been picking back up.

However, Stith said there could be more issues if rainy weather returns over the next few months.

Both of the new build­ings have several im­prove­ments compared to the older buildings, which include:

• Both buildings will have polished concrete floors.

• Both schools will have more natural light with just about every room having windows.

• Every room of the new schools will have interactive panels and a 70-inch monitor for presentations and interactivity.

• Classrooms in general are a little bigger and will incorporate pro-model program space.

Stith said in the old East Hardin building, in the seventh-grade wing on the second floor, there are no bathrooms, and those needing to use one must go down a flight of stairs.

“We just operate today differently than we did 50, 60 years ago,” Stith said.

Now, the new building will have bathrooms on both stories of the building.

The old East Hardin building’s location also has been problematic. It sits right on the corner of two streets in Glendale. Stith said this location has caused issues with traffic and potential safety concerns.

The new East Hardin is on New Glendale Road near the U.S. 31W Bypass in Elizabethtown. Stith said the school covers a large geographic location and they found most students were coming down to Glendale and not coming in and around, which will help transportation needs.

The school also will be next to Kentucky State Police Post 4.

Stith said both schools also are trying to go waxless. Previously, the old schools’ floors would have had to be waxed every year, which became costly.

HVAC systems also are improved across the two schools, and will be much more efficient, while also pursuing energy star ratings for both schools, he said.

“You want to make sure that you’re using as little as possible for the environment and for saving taxpayer dollars,” Stith said.

He said Lincoln Trail Elementary School’s roof is nearing completion and is starting to look like a complete building.

“We’re very excited to have these buildings get completed and we’re really looking forward to providing a much better learning environment for the students and staff of both those facilities and certainly the communities that support them,” he said.

Lincoln Trail Ele­men­tary will remain on U.S. 62, further east from the current location.