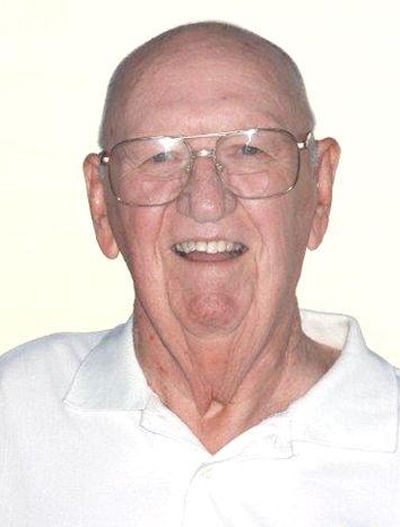 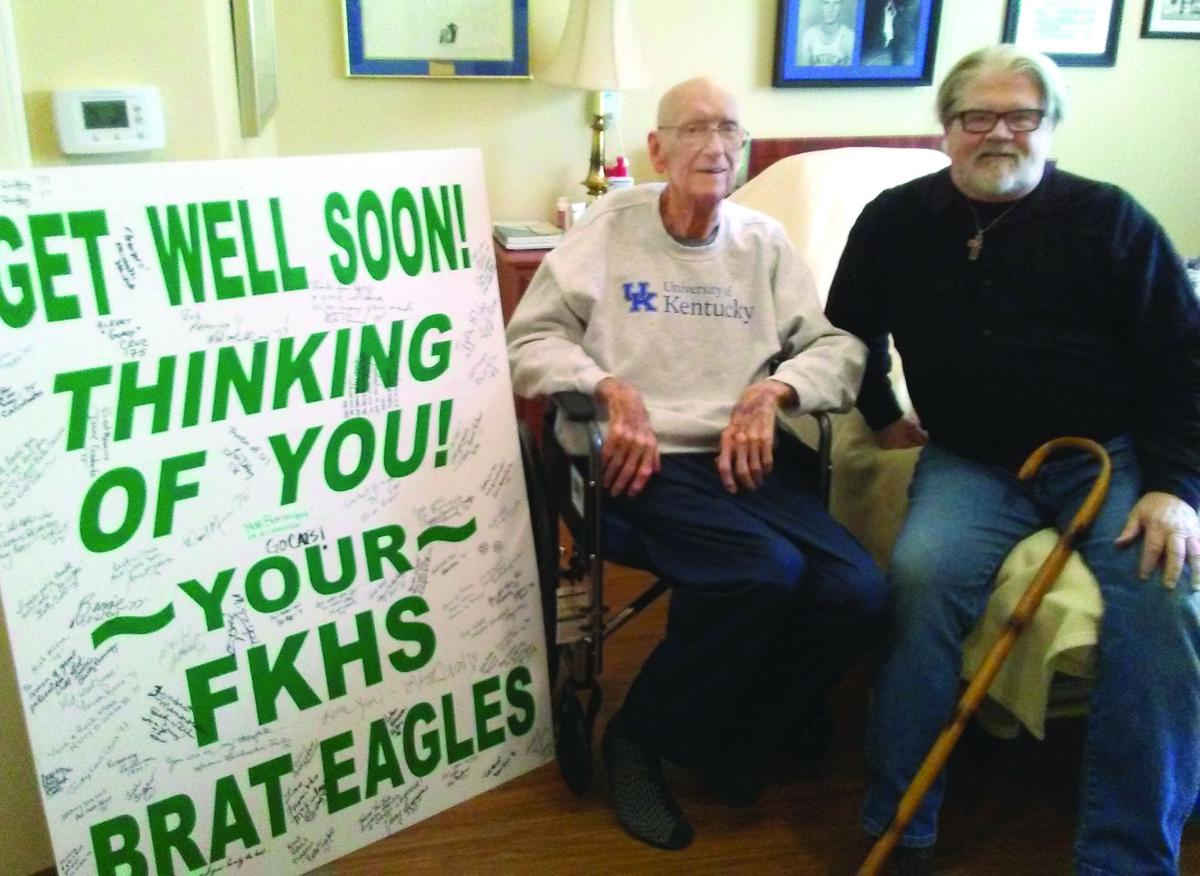 A giant get-well card prepared by graduates of Fort Knox High School was presented to former principal Bob Burrow last year at his home by Rod Mullins of the alumni association. Burrow, who died in January, will be honored Saturday during a ceremony at the school gymnasium.

A giant get-well card prepared by graduates of Fort Knox High School was presented to former principal Bob Burrow last year at his home by Rod Mullins of the alumni association. Burrow, who died in January, will be honored Saturday during a ceremony at the school gymnasium.

Graduates of Fort Knox High School have found a way to commemorate the memory of Bob Burrow, a coach and administrator who invested 39 of his 84 years working at the schools on post.

During a ce­lebration Sa­turday, the high school gym officially will be named the Robert “Bob” Burrow Gymnasium.

The Fort Knox High Alum­ni Association came up with the idea of honoring Burrow’s service last year and its members did the legwork including fundraising and securing the necessary approval, said Rod Mullins of the Class of 1973.

Mullins said the gym was constructed in the early 1960s while Burrow was the Fort Knox High basketball coach.

Hired in 1958 as a teacher and coach, most of Burrow’s education career was spent as a high school principal. He later moved into an assistant superintendent’s role before retiring as superintendent in 1997.

Burrow, who made his home in Radcliff, died Jan. 3 at age 84. He will be represented at Saturday’s ceremonies by his wife Lee Ann, also a former teacher at Fort Knox High, and their sons, Brett and Grant.

The gym floor has been repainted to incorporate Burrow’s name and a commemorative plaque also will be unveiled during the ceremony, which begins at 1 p.m. Saturday.

A native of Arkansas, Burrow came to Fort Knox to teach and coach after two years of professional basketball, which followed his time at the University of Kentucky playing for the legendary Adolph Rupp. In 2005, Burrow was inaugurated into the initial class of the University of Kentucky Athletic Hall of Fame and his No. 50 jersey hangs from the rafters at Rupp Arena.

Mullins, who spent 11 of his 12 school years at Fort Knox, said the Burrows “became family to me.” At the alumni association’s meeting in October, the group signed a giant get-well card for Burrow and Mullins delivered it to their retirement home in the Nashville, Tennessee, area.

“I ended up spending four hours visiting with Bob and Lee Ann,” he said. “I was humbled to no end.”

Other graduates singled out for special thanks in the event program are David Messer, Melody A. Price, Michelle Hackett Shipp, Doug Simmons and Mike Walton.

Getting clearance for this commemorative project required approval from the Department of Defense Education Activity. Mullins said the group had a special connection in his 1973 classmate, Dr. Youlanda Cumings Washington, who is superintendent of post schools at Fort Knox and Fort Campbell.