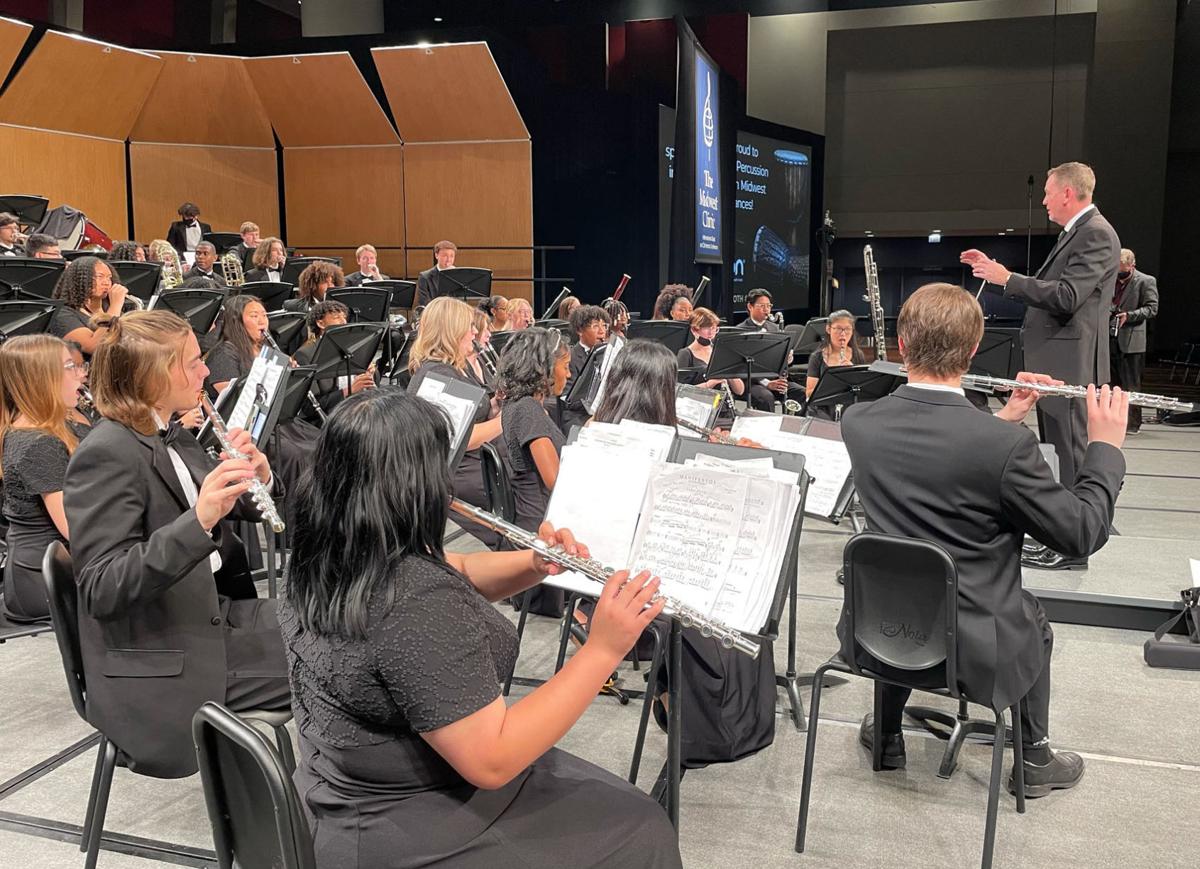 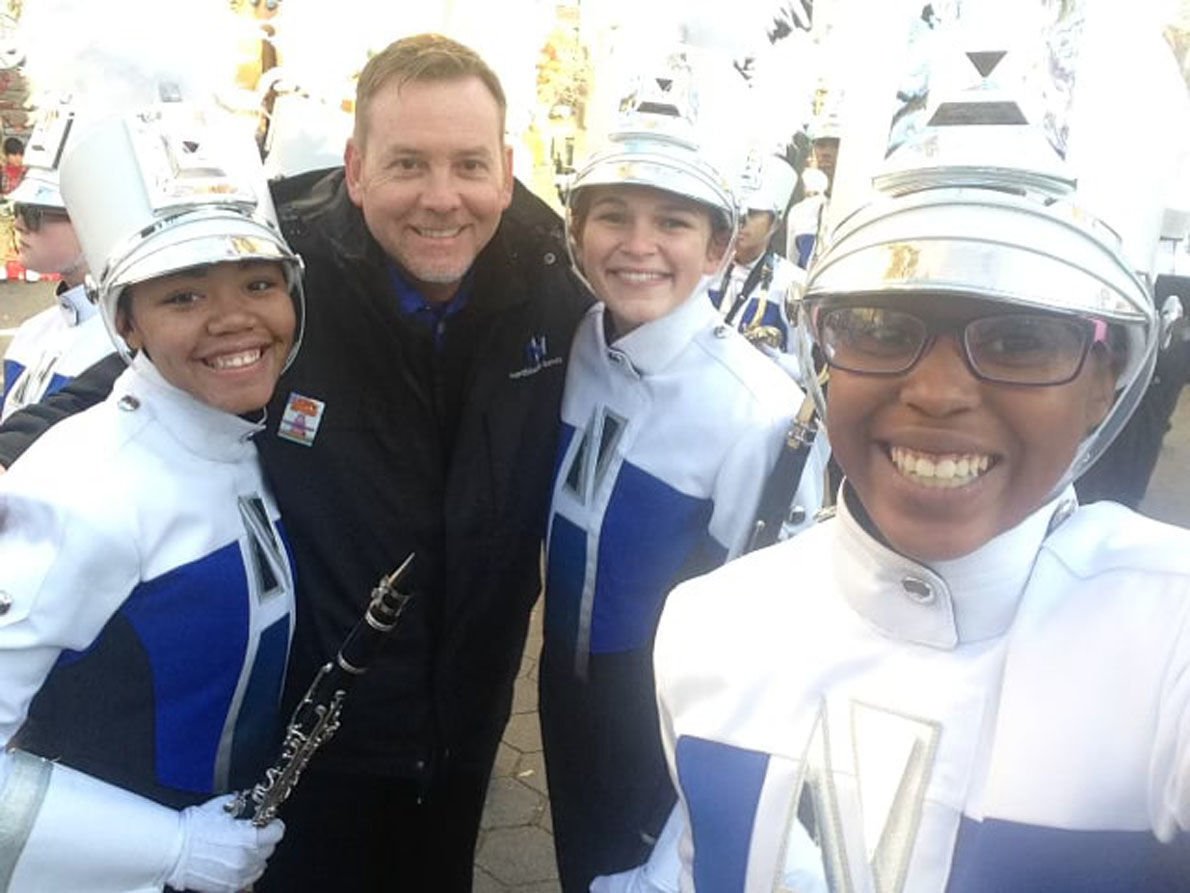 North Hardin High School band director Brian Froedge takes a picture with band members at the Macy’s Thanksgiving Day Parade in 2015. Froedge is retiring after more than 20 years working at the school.

North Hardin High School band director Brian Froedge takes a picture with band members at the Macy’s Thanksgiving Day Parade in 2015. Froedge is retiring after more than 20 years working at the school.

It would be the last time Froedge would perform with his students. He said these students had to work particularly hard for the clinic since it’s a younger group, an effect of the COVID-19 pandemic.

“Then all of a sudden it was over … it kind of went from from one extreme to the other,” Froedge said.

After the 27th year in education, Froedge had the opportunity to retire, which he did before the start of this next school semester. He said while he has enjoyed the position and work, the job is tough since it’s at almost all hours throughout the year.

Two of his children, Carson and Elizabeth, are currently in high school. Recently, he and his wife, Brittany, had a child on Nov. 11 named Fitzgerald. He said he wants to retire to spend time with his children.

“I was ready to have a life change,” he said.

Froedge grew up in Rineyville where he graduated from NHHS, and then began studying at Transylvania University.

At first, Froedge said he was a chemistry-English double major for a year. He then began working with a former classmate who was the band director at Western Kentucky University who asked him to help teach students over the summers for marching band.

He decided then that this would be something he would enjoy doing, and decided to pursue music and music education in college.

In 2000, Froedge became the assistant director under Campbell, and then in 2006 he became the director.

“I never thought that I would come back to the same high school that I graduated but all the teachers were really welcoming to me,” Froedge said.

Froedge said while he isn’t a professional performer, he said he was able to familiarize with all instruments over the years which allowed him to effectively teach his students.

Over the years as the director, he said they have tried to create a culture where the band and band room felt like a family, where students felt supported.

He said this includes telling students to be dedicated, be committed, be consistent, be persistent, working together as a team and being on time.

“Just trying to maintain it (the culture) day after day, year after year,” Froedge said.

Devon Jobson graduated from NHHS in 2016 and finished college in 2020. He is now the band director at Lawrence North High School in Indianapolis.

Jobson said he has known Froedge since he began marching band in the eighth grade.

“He’s always been really, really good at making you … a great musician. But the way he does it is by training us to be great people,” Jobson said.

As band director, they were able to receive high placings and awards, including the marching band winning state semi-finals and almost earning first place at state finals in 2015. Right afterward, a record number of students made All-State band.

Then, the band performed at the Macy’s Thanksgiving Day Parade, with the Midwest clinic in December following it.

Froedge said they have tried to look all over the country and world to see how to best teach and reach students. He said he tries to working with students through their success and failures, and connect with them to try and make them even better people.

For him, Jobson said a phrase he remembers Froedge saying often was “time is the most important thing we have,” which cemented the idea of not wasting time when rehearsing and working to make oneself better.

To this day, Jobson said he’s still able to call Froedge for advice. Jobson also said Froedge was able to crack jokes that would somehow resonate with the students, or jokes that had references the students didn’t recognize.

“I can’t overstate enough how much of an impact he had on so many people,” Jobson said.

However, Froedge said even though he’s not directing anymore, he is interested in other endeavors including consulting groups and clinics and judging contests.

The new band director of the NHHS program will be Kelsey Dunn, who started working with Froedge last summer.