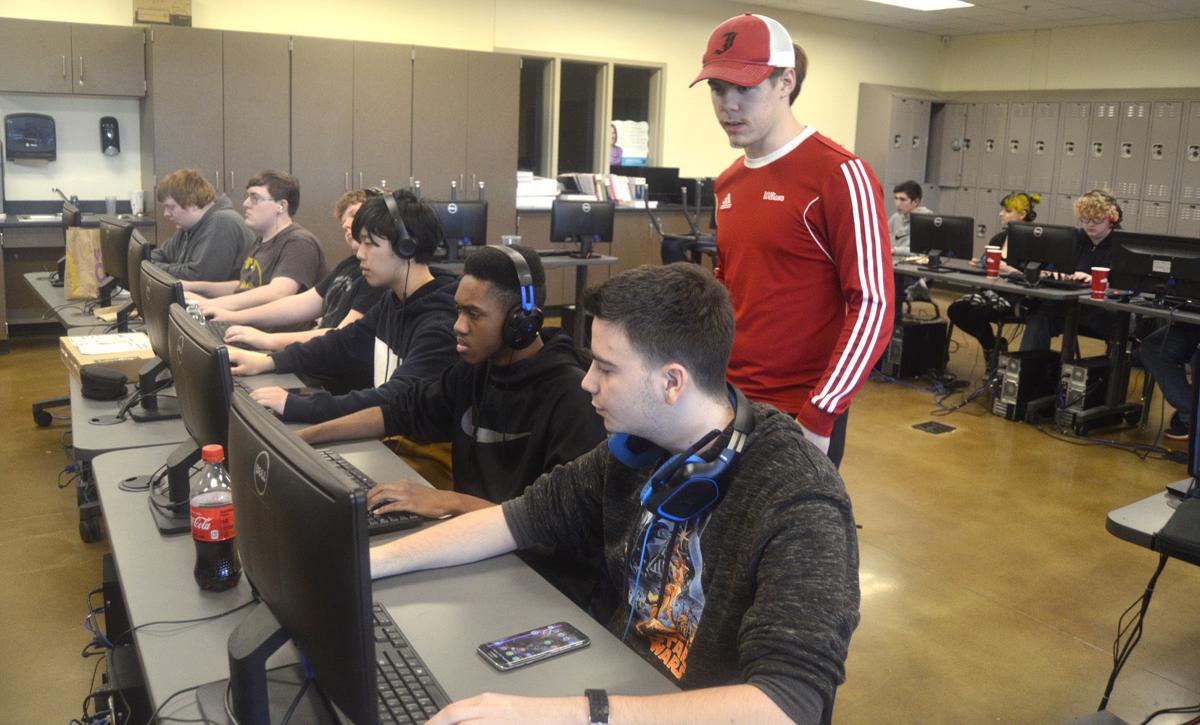 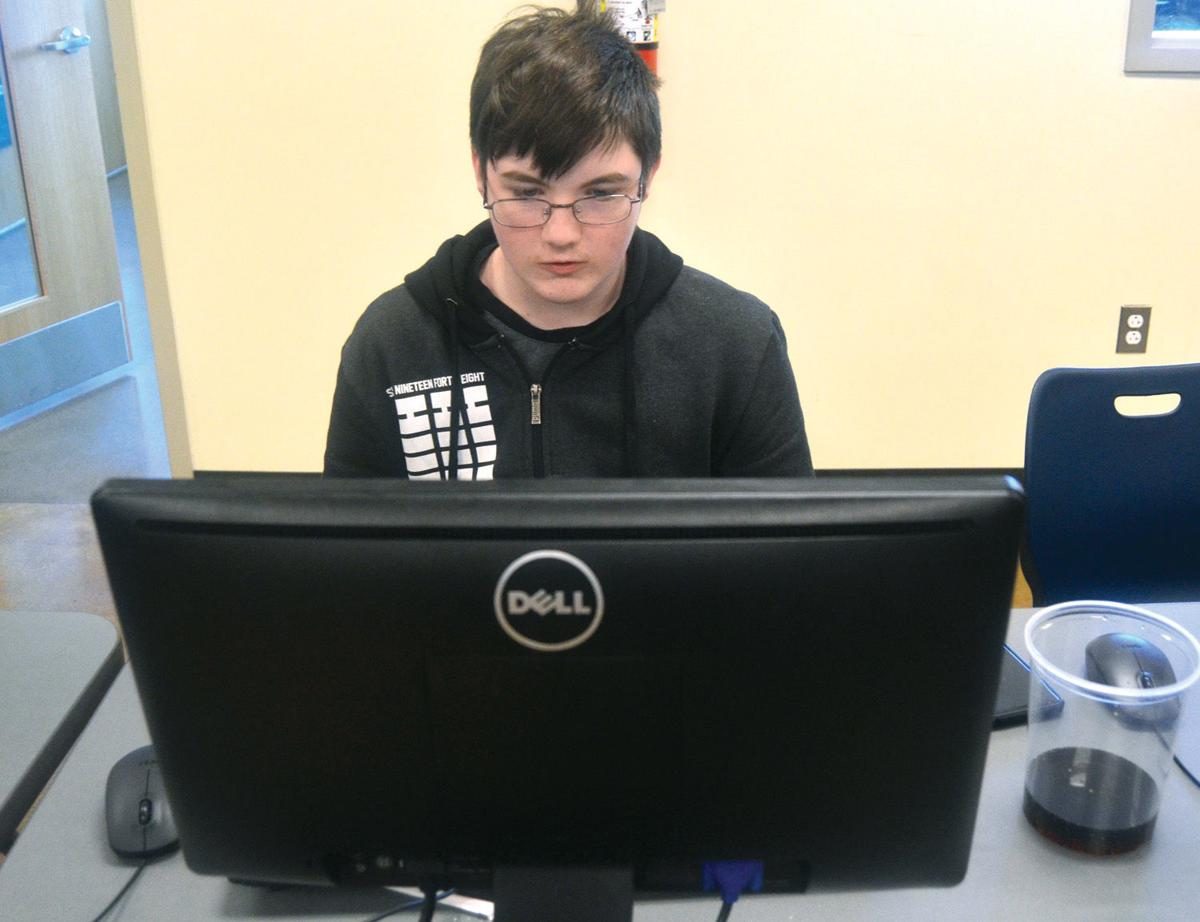 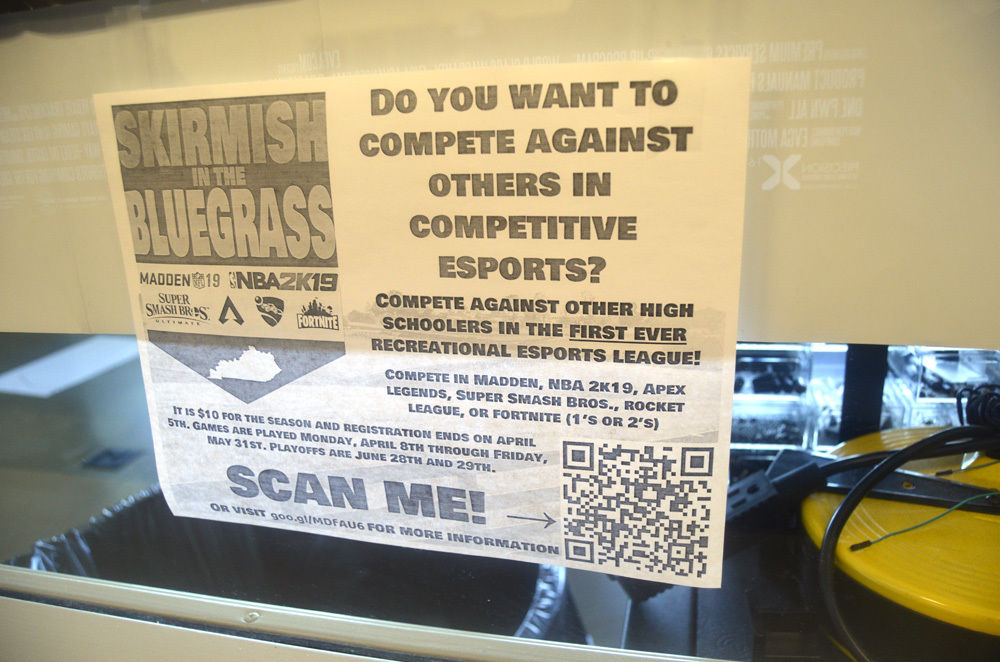 An advertisement for competitive gaming hangs on a window Tuesday in the Hardin County Schools Early College and Career Center. This school year, the Kentucky High School Athletic Association began recognizing esports, also known as competitive gaming, as a sport.

An advertisement for competitive gaming hangs on a window Tuesday in the Hardin County Schools Early College and Career Center. This school year, the Kentucky High School Athletic Association began recognizing esports, also known as competitive gaming, as a sport.

On some days after school dismisses, it is not uncommon to hear the clicking of mouses and typing of keys coming from a room inside the Har­din County Schools Early College and Career Center.

There, several high school students can be found competing against other Kentucky high-­schoolers within the virtual world of video games.

The competition is known as esports, or competitive gaming, and this school year, the Kentucky High School Athletic Asso­ciation began recognizing the activity as a sport through a partnership with PlayVS, an online gaming company.

Some students just recently began playing the game, while others are more experienced.

In League of Legends, players play as “champions,” which are characters with different roles and abilities that travel across a map to destroy an opposing teams’ “nexus,” which is a structure located at the heart of a team’s base.

Senior Chris Singleton, a member of the Central Har­din High School team for League of Legends, has been playing the game by himself for two years. He said he enjoys it because of the cooperation with his teammates.

“It’s not just about how well you do,” he said.

Central Hardin’s Roy Wickware Jr., who also is on the team, said games such as League of Legends are known as a multi-player online battle arena game. There was only one reason why the game has kept his attention for so long.

In Rocket League, teams use rocket-powered vehicles to knock a ball into an opposing team’s net, similar to soccer.

Charles Jackson, a member of the Central Har­din Rocket League team has been playing the game for about two weeks. Jackson said he joined the team after he was invited by a friend. He said there are numerous aspects of Rocket League he enjoys.

“Just the overall communication, teamwork and how competitive it can be,” Jackson said.

He said he enjoys video games because it can be an escape from reality.

“Life can be hard sometimes,” he said.

“A lot of the higher-intelligence children are involved in gaming because their minds can focus on multiple things at one time,” she said. “This is also true for the kids who have disabilities sometimes. So these kids that have different disabilities with paying attention in class – ADHD – gaming helps that.”

The current season of esports in Kentucky began the week of Feb. 24 with playoffs slated to begin April 29.

Competitive gaming, which has existed in video game culture since at least the 1990s, has gained more attention in the past decade.

Organizations such as Cloud9 and EchoFox will sponsor competitive gamers. Events such as the The Inter­na­tional have cash prize pools reaching as high as millions of dollars. There also are professional leagues and annual tournaments that gain millions of views through online streaming websites such as Twitch.

Esports revenue is projected to hit $1.1 billion this year, according to Newzoo, which works with esports analytics.

Trey Crumbie can be reached at 270-505-1747 or tcrumbie@thenewsenterprise.com.