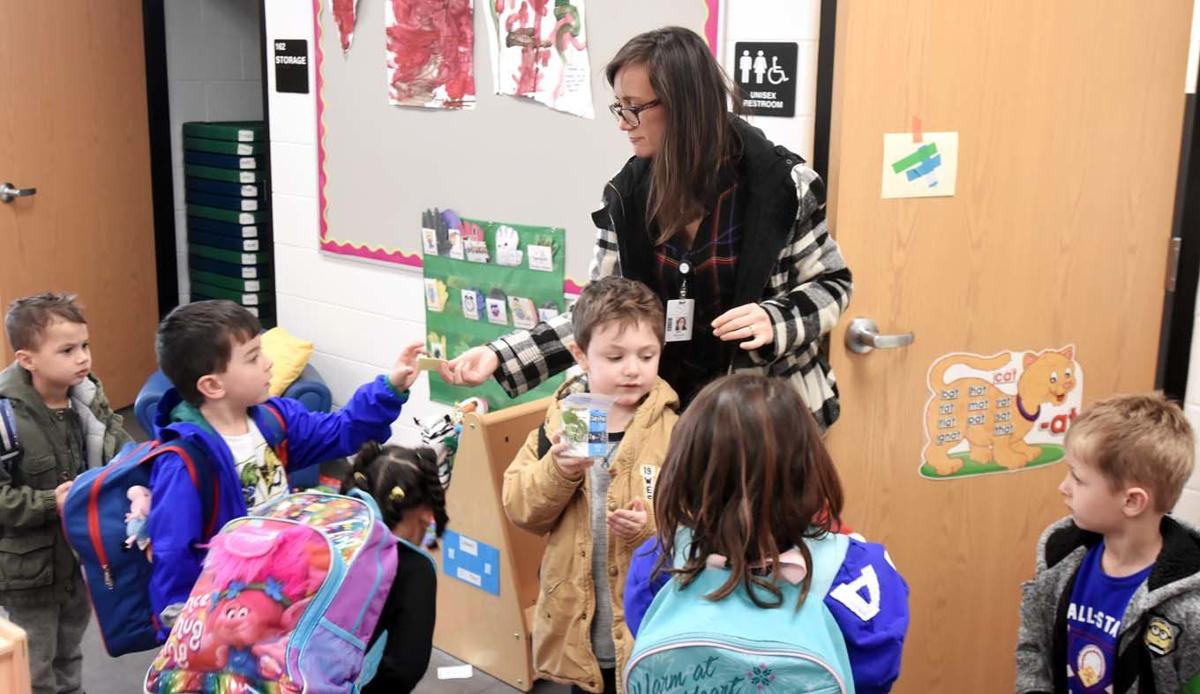 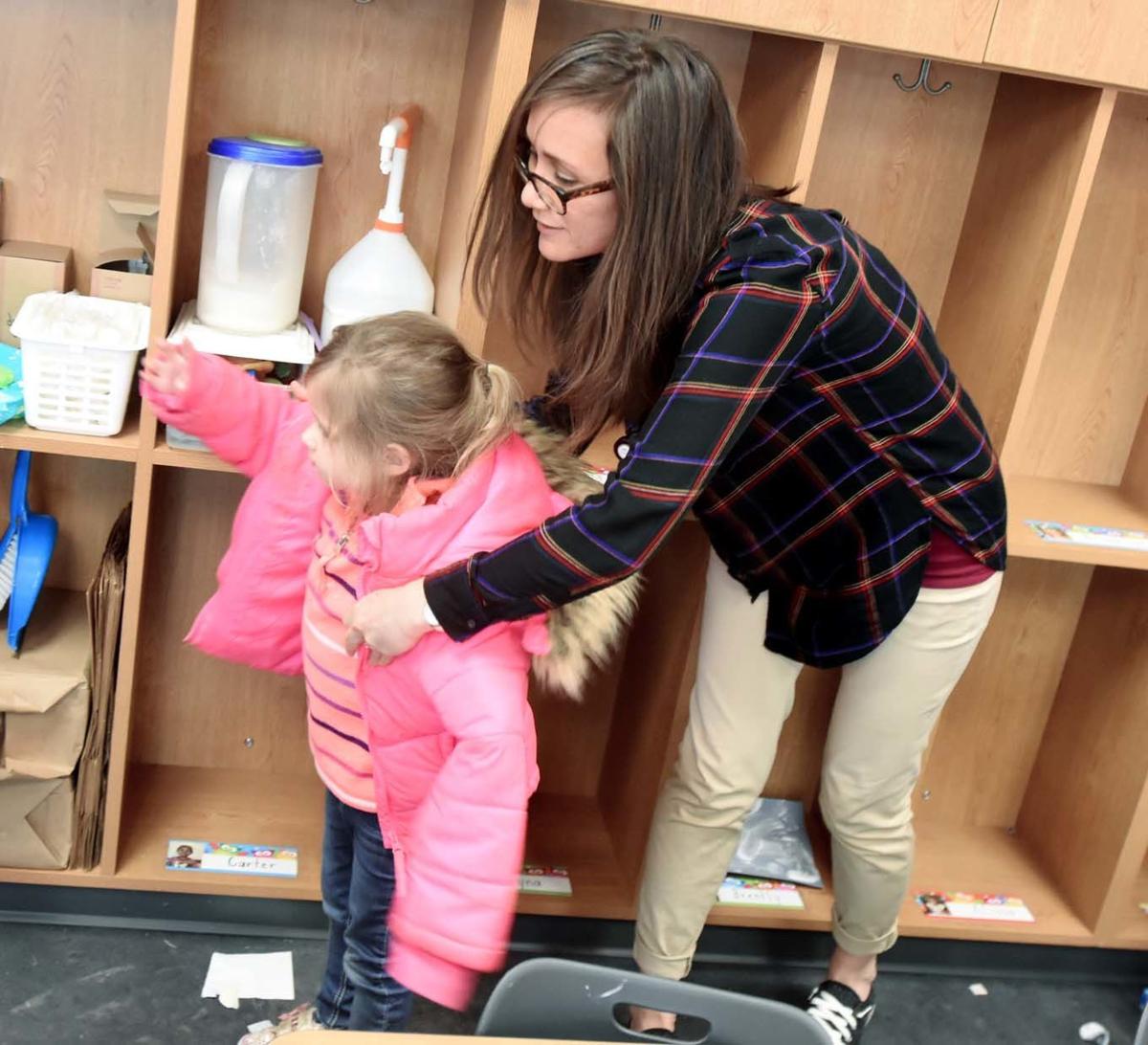 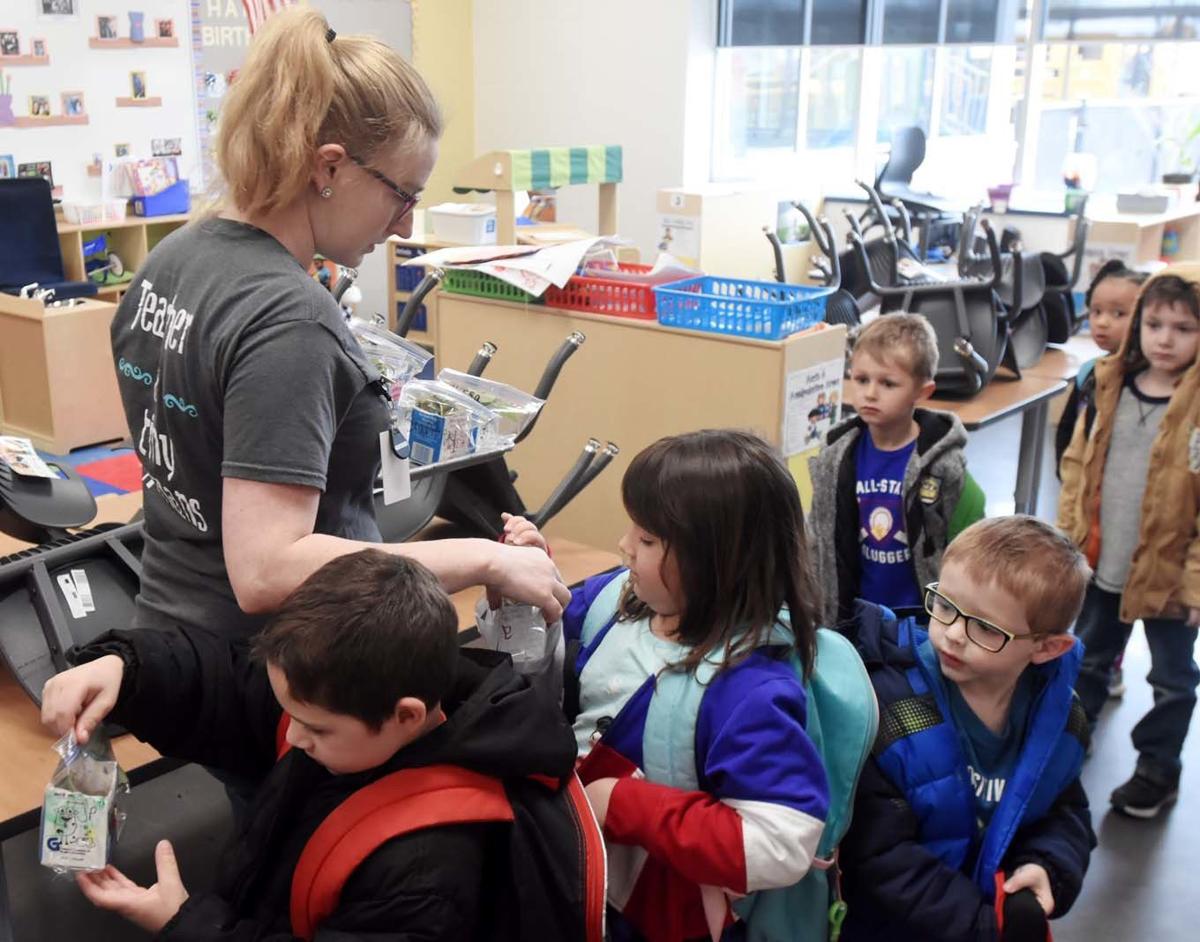 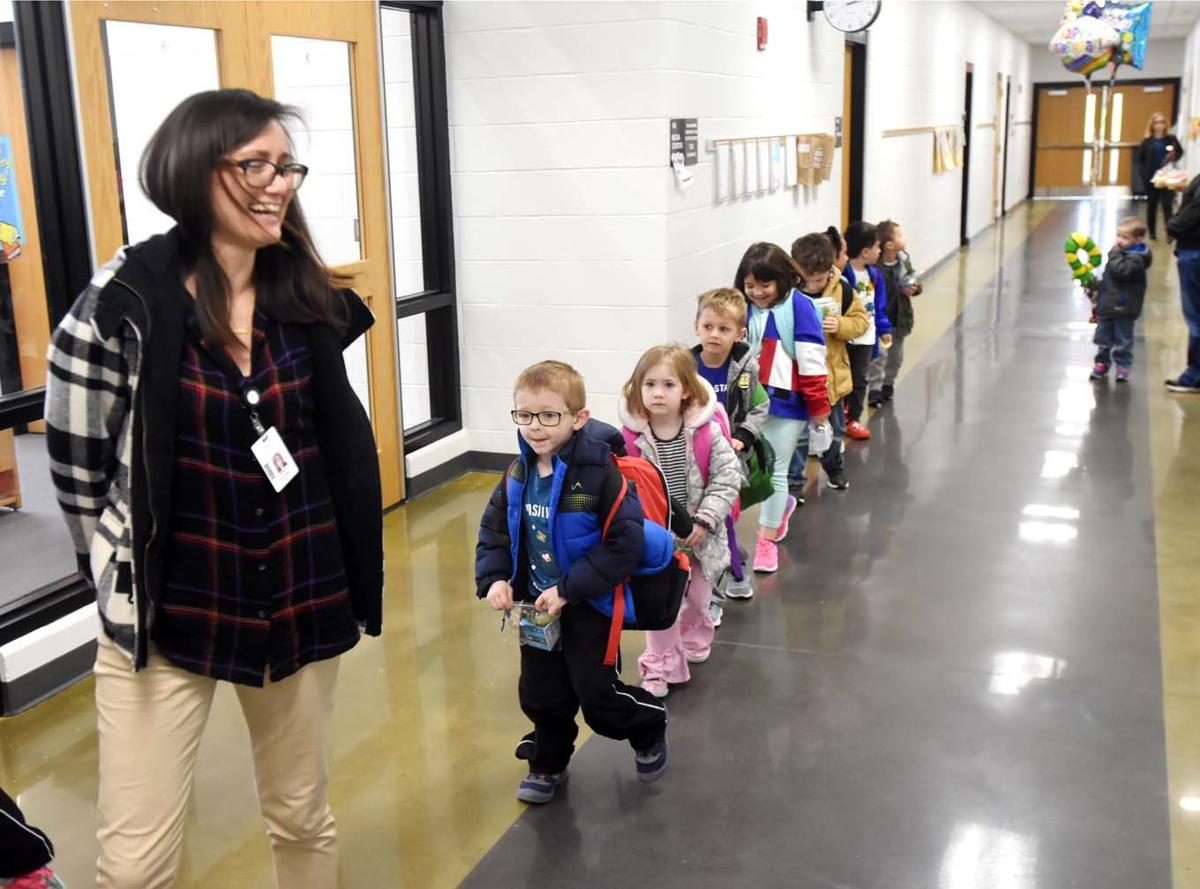 Cecilia Valley Elementary School teacher Miki Tennant leads a group of preschool students Tuesday who will be picked up from school to the gym at the end of the day.

Cecilia Valley Elementary School teacher Miki Tennant leads a group of preschool students Tuesday who will be picked up from school to the gym at the end of the day.

Funding for preschool programs was cut by $13 million in the state budget passed earlier this month.

Districts still are deciding how to make up for the reduced funding, but officials have said they’re working to not let budget cuts affect students.

“We have such great ideas on ways to expand preschool,” said Carlena Sheeran, director of early childhood education for Hardin County Schools. “Cuts don’t stop those things from happening. It just means you have to work harder and be creative about how to make it happen.”

The state budget reduced spending for public preschool programs by 6.25 percent, or about $6 million. On top of that, $7.5 million was allocated to a preschool partnership grant program for which districts can apply.

State lawmakers increased per-student funding by $17 to $4,000 in the budget. Officials say that increase will be offset by cuts to other education programs such as preschool.

Sheeran said she will explore ways to be more creative when it comes to preschool transportation. Personnel and transportation are the largest expenses for a preschool program, she said.

HCS Superintendent Teresa Morgan said with all the research about early childhood education, the cuts baffled her.

“You make the most gains the earlier you start interventions and then they cut preschool,” he said.

Public preschool was designed to help students at risk of starting kindergarten behind their peers.

Sheeran said the uncertainty about a preschool budget is stressful.

“I feel like every year could be a new year for us,” she said. “I’m fortunate my board is a firm believer in early childhood education. They believe in preschool and know it makes a difference.”

Sheeran said she has seen big gains and growth in preschool students on kindergarten readiness tests and MAP scores later in their educational career.

“We are making a difference,” she said. “ ... I hate to think about what happens to those children if services are not available.”

This is the second budget cycle state lawmakers have moved money from primary preschool funding into the partnership grant program. Sheeran said this school year, the district applied for as many grants as it could and was able to get back a “good chunk” of money lost.

She said the district used the grants to offer more full-day preschool options, all of which are full. State funding only covers half-day preschool.

“I’d love to sustain what we are offering, but I don’t know if we’ll be able to (because of cuts),” Sheeran said.

She said full-day preschool reduces barriers for families. In full-day classrooms, she said the district has seen less transience and better attendance.

“It’s a foundation to make them successful,” Sheeran said. “We firmly believe the right thing is quality early childhood education, birth to five.”

The budget cuts come at a time when HCS preschool enrollment is at an all-time high, she said. About 770 students are enrolled this school year.

Preschool classrooms are capped at 20 students and districts are required to have a spot if an eligible child enrolls.

Ballard said EIS recently hired another preschool teacher because a student enrolled but other classes were full. Ballard said that teacher formed a smaller class and will finish out the school year.

Sheeran said with budget cuts, she might think twice about starting a new classroom if she has space in another school.